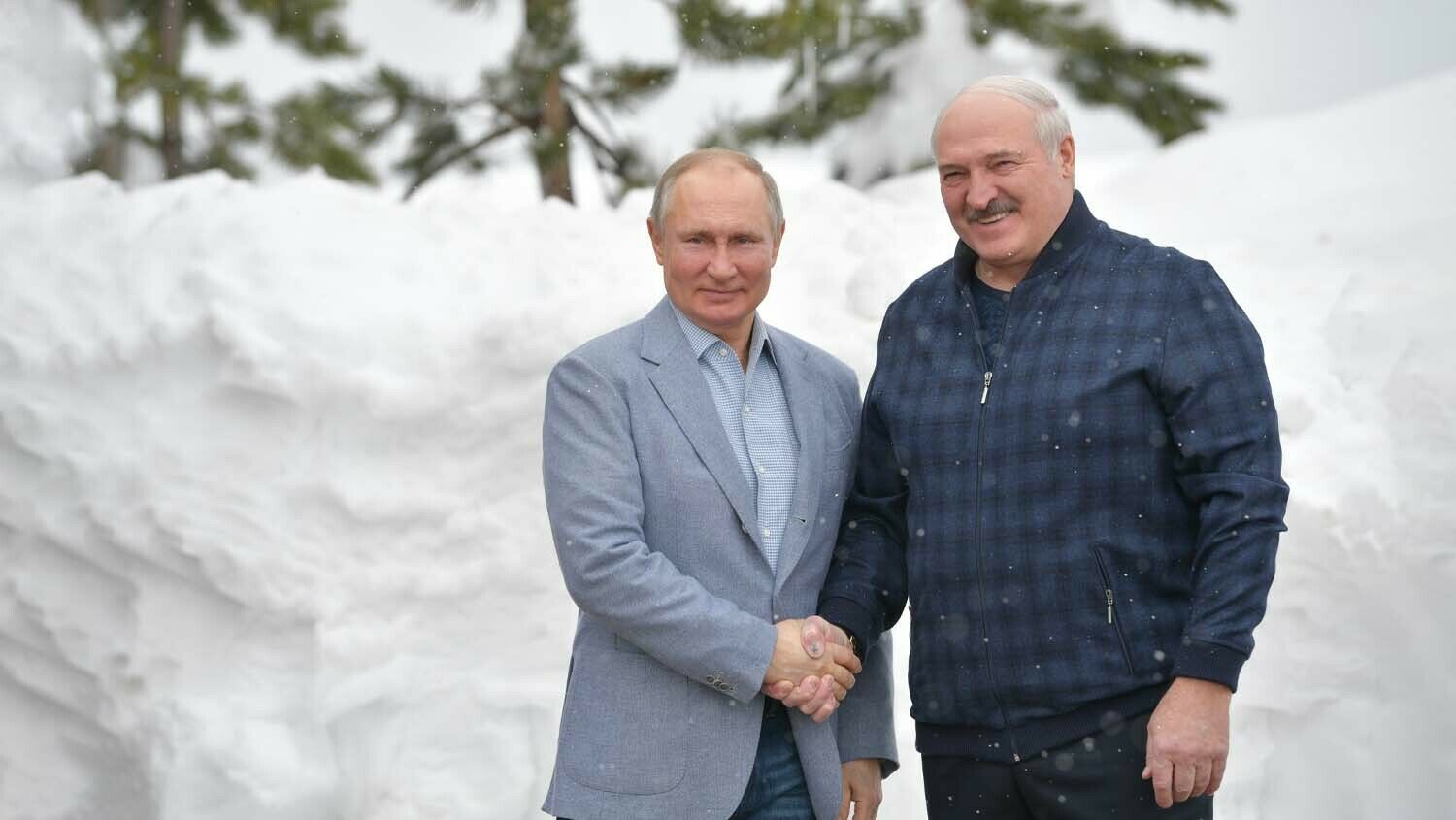 As global attention has been riveted on Russian President Vladimir Putin’s military buildup around Ukraine, he has completed a de facto “occupation” of the nation of Belarus, according to a February 1 letter by members of European Parliament.

In 1922, Belarus was absorbed into the new Russia-led Soviet Union and remained a core member until the bloc’s collapse in 1991. Ever since, Belarus has remained closely aligned with Russia, and the two have even worked toward merging Belarus officially into Russia to form a two-state union. But progress on the merger has been slow, and now, as Putin amasses military forces around Ukraine, he may have shifted to a different approach to bring Belarus fully under his control. Of the 120,000 troops Putin now has stationed near Ukraine’s borders, at least 30,000 are in Belarus, just north of the Ukraine-Belarus line.

The members of European Parliament are suggesting that positioning these highly capable, combat-ready Russian soldiers in Belarus may have been Putin’s goal all along—or at least a major component of it. Whether he invades Ukraine or not, the members say, these troops mean Putin has already accomplished a de facto Russian occupation of Belarus. And they say it has happened with the full authorization of Belarussian dictator Alexander Lukashenko, who has ruled the nation since 1995.

“The continued presence of Russian military forces at the request of the illegitimate Lukashenko should be treated as an occupation of Belarus,” the letter states.

Before August 2020, it would have been hard to envision Lukashenko allowing such a deployment. Up until then, he had pursued a multi-vector foreign policy. This meant that even though he was dependent on Russia, he maintained productive working relationships with various European Union nations and the United States. He managed to walk the tightrope between Russia and Western powers in a way that kept Belarus from being swallowed up entirely by Russia. So even though Putin’s Russia had been pushing to absorb Belarus for years, Lukashenko was able to use this delicate balancing act to keep it from happening.

But in August 2020, Lukashenko rigged a presidential election to keep himself in power, and his people came out in unprecedented numbers to demand that he step down. Some 200,000 Belarussians marched through the capital city for days on end. And it was not Europe or the U.S. that helped Lukashenko survive those protests. It was Russia.

As all those Belarussians were marching through the capital demanding that Lukashenko stand down, Putin announced that he would send Russia’s military in to help Lukashneko subdue the protests.

And then while most European leaders sided with the protesters, refusing to accept the results of the rigged election, Putin welcomed them. He knew that doing so would give him far more leverage over Lukashenko.

And as Europe and the U.S. unleashed wave after wave of sanctions on Lukashenko’s regime to punish it for the brutal crackdown on the Belarussian people, Putin was giving Lukashenko hundreds of millions of dollars’ worth of cheap loans. And he was pumping steeply discounted supplies of natural gas into the country.

So Putin threw Lukashenko a lifeline when no one else would and when he needed it the most. Without Putin, Lukashenko would not have been able to weather the storm, and he and Putin both fully understand that. The days of Lukashenko’s multi-vector foreign policy are over. He is now entirely beholden to Putin, and that explains why he would let Putin station 30,000 Russian soldiers—the largest number since the Cold War—in his country.

Ukrainians, meanwhile, fear that the Russian troops now massed in southern Belarus may soon be used to invade Ukraine’s capital city, Kiev. The bulk of the soldiers are only some 90 miles from Kiev, making their location nearer to the city than any other place outside of Ukraine.

Putin’s plan for the weeks and months ahead remains unclear. But whether he pursues a prolonged occupation of Belarus, an invasion of Ukraine or something else, the situation remains highly combustible. And whatever happens, it is clear that Putin is making gains in bringing former Soviet nations back under Russian control.

In 2008 Putin invaded his first former Soviet country, the Republic of Georgia. At that time, Trumpet editor in chief Gerald Flurry wrote: “This was the first military strike of a rising Asian superpower, and there will be more!” Mr. Flurry explained that his forecast was founded on Bible prophecies in the book of Revelation about a massive end-time alliance of Asian nations called “the kings of the east.” He later connected passages in the book of Ezekiel to the picture and said this Asian alliance would be led by a Russian leader—a leader he identified as Vladimir Putin.

In the time since, Putin’s actions have vindicated Mr. Flurry’s statements. His forecast about Putin targeting more former Soviet nations has proved right in one nation after another, and is now being further confirmed in Belarus.

Mr. Flurry explains in his 2017 booklet The Prophesied ‘Prince of Russia’ that Putin’s reign, including his conquests over former Soviet states, shows that a major world conflict is fast approaching. But he emphasizes that there is also great hope at the heart of these developments. To understand the big picture of Russia’s rise and the great hope that is tied to it, order your free copy of The Prophesied ‘Prince of Russia.’