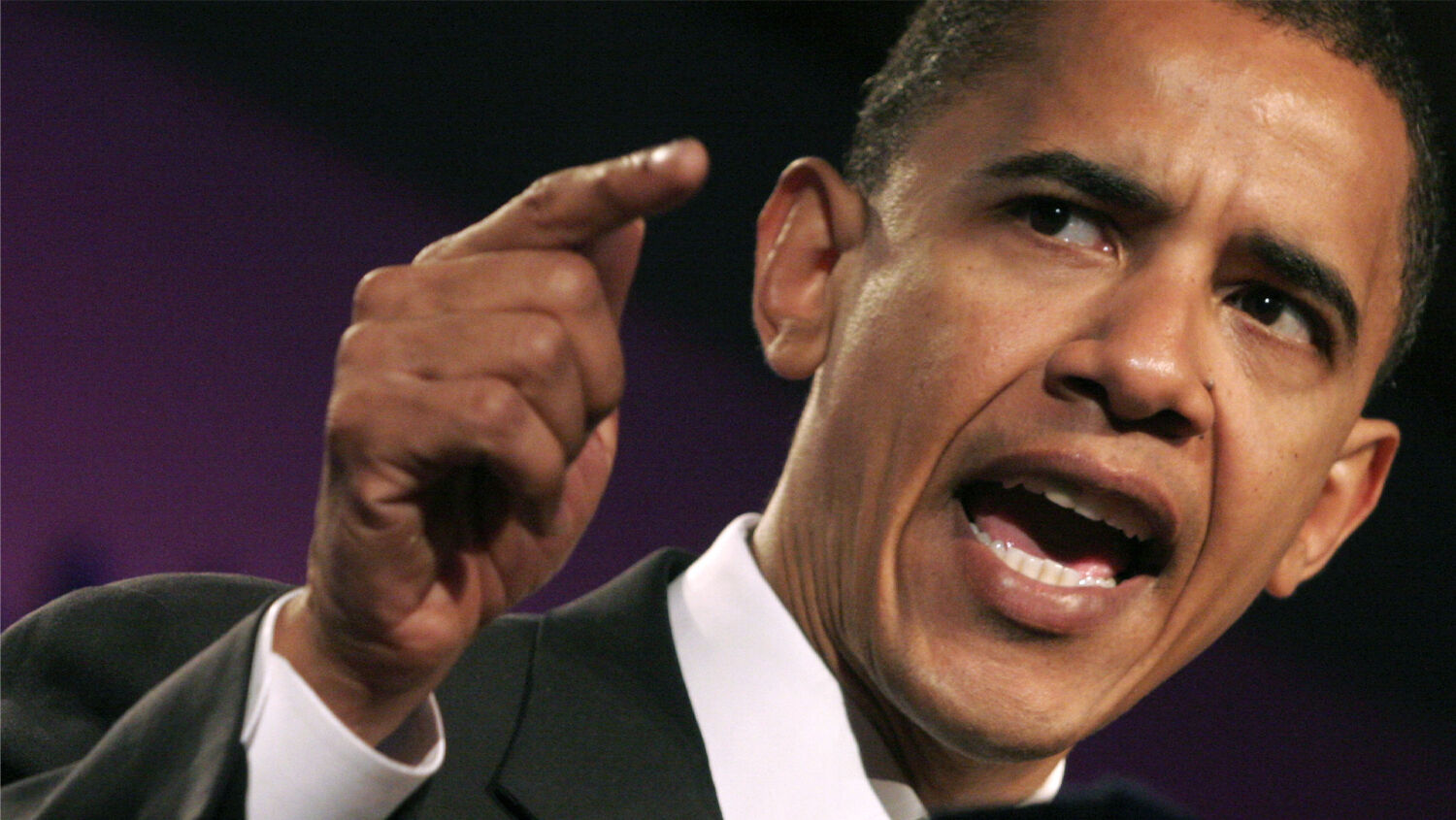 What is the current administration’s endgame in Eastern Europe?

Barack Obama has condemned Vladimir Putin’s attack on Ukraine and called on all Americans to impose sanctions on Russia even if doing so hurts the United States economy. His statements make him sound like a strong ally of Ukraine, ready to do whatever it takes to protect innocents from harm. But there is more to this story than meets the eye. When you examine Obama’s career, you find that he has done everything in his power to encourage the current invasion.

Just seven months after Obama was sworn in as a U.S. senator in 2005, he traveled to one of the Ukrainian cities currently under Russian occupation with Sen. Dick Lugar and met with then President Viktor Yushchenko. The men discussed the destruction of Soviet-era weapons. Obama and Lugar argued that the existing Cooperative Threat Reduction Program, mandating the destruction of nuclear weapons, should be amended to include artillery, small arms, antiaircraft weapons, and other munitions. Yushchenko agreed with the senators and they secured $48 million in U.S. funding to destroy 400,000 small arms, 15,000 tons of ammunition and 1,000 antiaircraft missiles. Photographs from the trip show Obama touring a warehouse full of the type of weapons required to repel an advancing Russian invasion.

Many Ukrainians undoubtedly wish they still had some of these weapons. Still, Obama was adamant at the time: “We need to eliminate these stockpiles for the safety of the Ukrainian people and people around the world.” So, the Ukrainian people listened to him and agreed to let American taxpayers fund the destruction of the Donetsk arsenal.

Many said Obama was naive to leave Ukraine’s eastern border defenseless. But if naiveté was his flaw, the 2008 Russian invasion of Georgia did nothing to cure it. President George W. Bush imposed sanctions on Russia after tanks and armored cars, packed with soldiers, rolled over the border into Georgia. But Obama reversed these sanctions shortly after becoming president and pursued a “reset” détente with Russia. Who can forget the image of Hillary Clinton standing next to Russian Foreign Minister Sergey Lavrov with a red button inscribed with the word reset? Instead of punishing Putin for invading Georgia, the Obama administration gave Georgia the cold shoulder, steadfastly refused to send armaments to Ukraine, and canceled a Bush-era proposal for an antimissile defense system in Eastern Europe.

Putin called Obama’s decision to cancel this antimissile defense system “correct and brave,” but many Ukrainians were unnerved by Obama’s blatant attempt to appease Moscow. That is why many Ukrainian leaders supported constructing a nato missile defense system in Romania. This proposed system was supposed to protect Europe from a belligerent Iran but would be able to defend Europe from a belligerent Russia as well.

Obama delayed its activation for as long as possible. In a now-famous hot mic moment, Obama was caught reassuring Putin’s protégé Dmitry Medvedev in 2012 that he would have “more flexibility” to deal with missile defense issues after his reelection. “On all these issues, but particularly missile defense, this can be solved, but it’s important for him to give me space,” Obama told Medvedev when he thought no one could hear him. “This is my last election. After my election, I have more flexibility.” Upon hearing this statement, Medvedev nodded and said, “I understand. I will transmit this information to Vladimir.” Obama was again negotiating a deal to disarm Europe to appease Putin.

Even after Putin invaded Ukraine’s Crimean Peninsula in 2014, Obama denied Ukraine radar-jamming and detection equipment necessary to counter Russian antiaircraft systems. It was not until Donald Trump took office that America actually started standing up to Russia by pumping American oil, sanctioning the Nord Stream pipeline to Germany, and selling weapons to Ukraine. Yet somehow Democrats maintain that President Trump was a Russian stooge.

Barack Obama spent his entire career undermining Ukrainian national security and is only calling for sanctions on Russia now that doing so will make more companies willing to accept his green agenda by driving up the price of gas. A person could be forgiven for wondering whether Obama was secretly wishing for an invasion of Ukraine all along.

Two years ago, Central Intelligence Agency Director William Burns wrote a memoir titled The Back Channel, admitting that “Ukrainian entry into nato is the brightest of all redlines for the Russian elite.” Despite this fact, a Reuters report alleges that Biden called Ukrainian President Volodymyr Zelensky on Dec. 9, 2021, and assured him Ukraine’s bid to join the nato military alliance was in its own hands. With more than 100,000 Russian troops already amassed on Ukraine’s border, the timing of this phone call was abysmal—unless the goal was to provoke an invasion by telegraphing America’s intent to pull Ukraine into an anti-Russian alliance.

This is a shocking theory, but it fits the arc of Obama’s political career. Why spend 17 years disarming Ukraine only to have your right-hand man start talking about Ukrainian membership in nato after a weakened Ukraine is surrounded by Russian troops? This is either gross incompetence or a deliberate attempt to provoke a war in Eastern Europe that benefits the Democrats’ radical Green New Deal agenda by causing energy prices to soar.

As Trumpet editor in chief Gerald Flurry made plain in “This Isn’t Incompetence. This Is Treason!” the Biden administration is not as full of bumbling idiots as it appears. It is full of Obama administration alumni orchestrating “a deliberate, planned effort to destroy America.” And just as Biden’s withdrawal from Afghanistan left $85 billion worth of weapons to the Taliban, Biden’s weak response to Russian aggression stands to turn over all the weapons that Donald Trump sold to Ukraine (roughly $3 billion worth) to a newly empowered Russian military.

An end-time prophecy in 2 Kings 14:26-27 is directed at the modern-day descendants of ancient Israel, primarily America and Britain. It speaks of an evil effort to blot out the very name of these nations. The spirit empowering this effort wants America and its allies to be weakened and authoritarian leaders like Vladimir Putin to be strengthened. And the human leaders in tune with this force want this same thing. That is why so many Obama alumni do everything they can to support America’s enemies and tear down America’s friends. The collapse of the United States is their ultimate goal!

For further proof that the foreign-policy failures of the Biden administration are part of “a deliberate, planned effort to destroy America,” please request a free copy of America Under Attack, by Mr. Flurry.