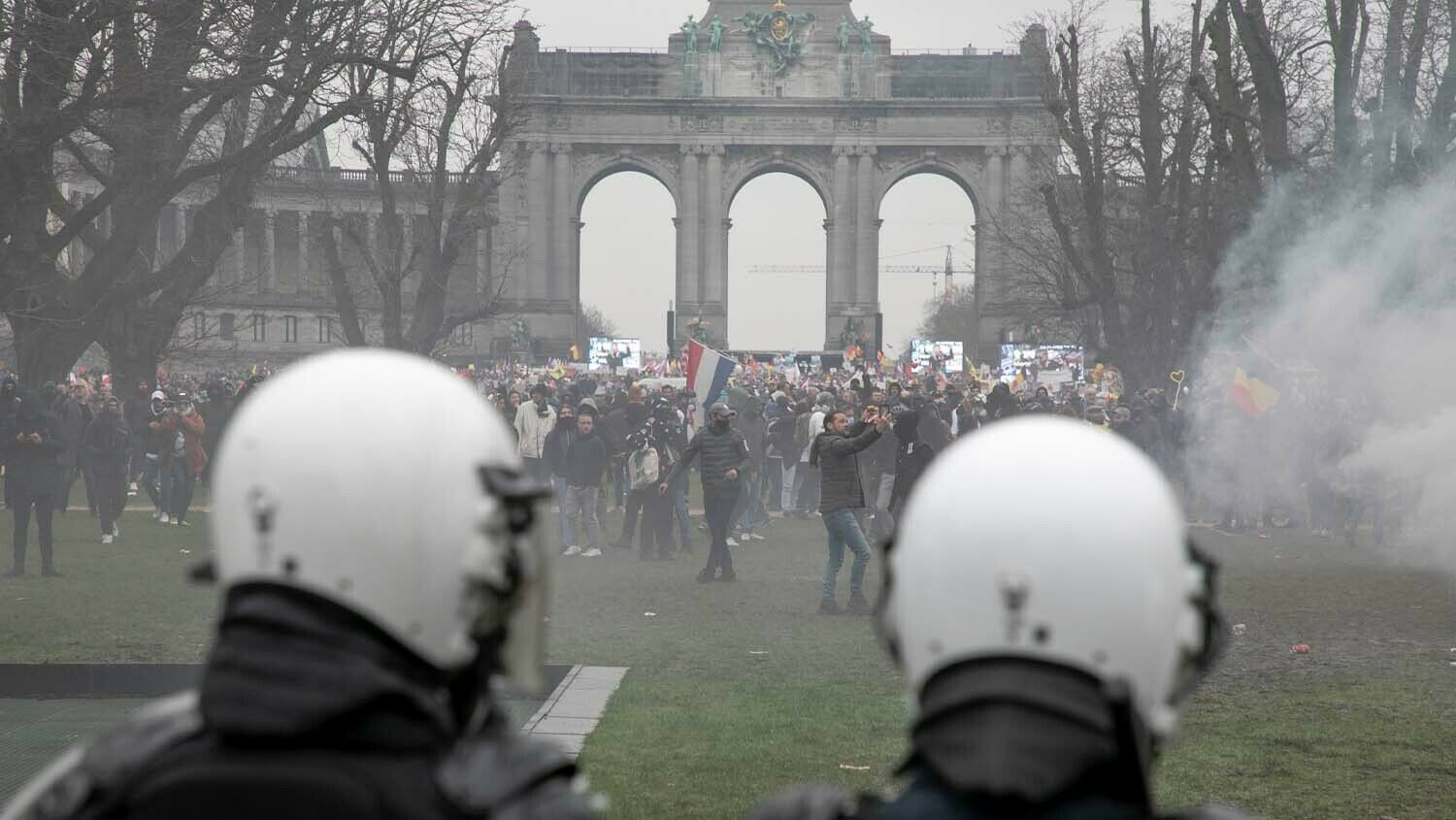 People used to protest to change government measures, but the supposed bastion of freedom is doing away with that right.

According to official numbers, at least 50,000 protesters from all over Europe gathered in Brussels, Belgium, between January 22 and 24, to protest the unprecedented coronavirus measures. Brussels has, for many years, been a symbol of tolerance and democracy. But the images that came from the capital last week reveal intolerance within a rising police state.

The Belgian police chase down random people on the street and beat them because they didn’t run away fast enough.

Remember, this is for your health. pic.twitter.com/1bbcGCjKlb

The protesters were brutally suppressed by police in riot gear with tear gas and water canons. Images of the escalation are shocking. In one video, three to four police officers tackled and beat a single protester. Even as he laid helpless on the ground, the police continued beating him. They don’t care that they are being filmed, because they don’t fear prosecution.

There was violence on both sides. Some of the protesters attacked the police and government buildings. Yet the media throughout Europe blames the protesters as a whole, even though it was mostly radical-left Antifa protesters who acted violent on the part of the demonstrators.

Europeans are increasingly losing their freedoms.

This is Brussels, the administrative center of the European Union.

And they dare to say El Salvador is a “dictatorship”? pic.twitter.com/rbpo5783r9

Something the media will try to bury as tens of thousands of protestors gather in Brussels today. pic.twitter.com/h1KWhQrpoc

The German Health Ministry is doing everything it can to make the unvaccinated suffer by excluding them from most aspects of public life. In fact, to increase the number of those affected by the strict measures, the authorities changed the guidelines of who is considered fully vaccinated.

The once-praised European Union has become a nightmare for its citizens.

Outside the EU’s borders, European neighbors like Ukraine are being suppressed by Russia. Like the protesters in Brussels, Ukrainians are crying out for help, but the EU, led by Germany, is allowing them to suffer (read “Ukraine Crisis Exposes Germany’s Betrayal” for more information).

The European project has not only failed in its goal of spreading democracy, it is turning into a dictatorship of its own.

The world we live in is rapidly changing. Anyone who had hope in humanity’s progress is waking up to an awful reality. Some may still deceive themselves into thinking everything will be all right, but things will never get back to normal. Why? The Bible gives the answer.

For decades, the Trumpet and its predecessor, the Plain Truth, have warned that the European project will turn into an instrument of suppression (Revelation 13). To understand these prophecies, read our free booklets Who or What Is the Prophetic Beast? and Germany and the Holy Roman Empire. All around us, we see signs that the human experiment is heading toward catastrophe. Yet too many people simply don’t care. Trumpet managing editor Joel Hilliker noted:

With 24-hour news coverage, we do notice wars, rumors of wars, environmental disasters and other calamities. But we don’t care. Not enough to do something. Instead we fetch another glass of wine as we flip from cnn to Fox to msnbc to espn.

Isaiah 22:13 prophesies that people will actually recognize that conditions are bad, but then respond by glutting themselves on excess, thinking, “[L]et us eat and drink; for to morrow we shall die.”

“But of the times and the seasons, brethren, ye have no need that I write unto you,” the Apostle Paul wrote in 1 Thessalonians 5:1-3. “For yourselves know perfectly that the day of the Lord so cometh as a thief in the night. For when they shall say, Peace and safety; then sudden destruction cometh upon them ….”

It’s sudden. It happens in a day. It’s unexpected. It’s a trap snapping shut. And it is catastrophic.

The empire we see rising in Europe will bring sudden destruction on this world—but most ignore the warning signs.

European states are amassing power to suppress their people. The course that Europe is on is not much different from that of the Nazi regime or prior resurrections of the Holy Roman Empire. We are seeing the beginning stages of the final resurrection of that empire. It’s important that you understand how we could forecast where the EU was headed when most praised it. I urge you to deeply study the above-mentioned literature with your Bible.