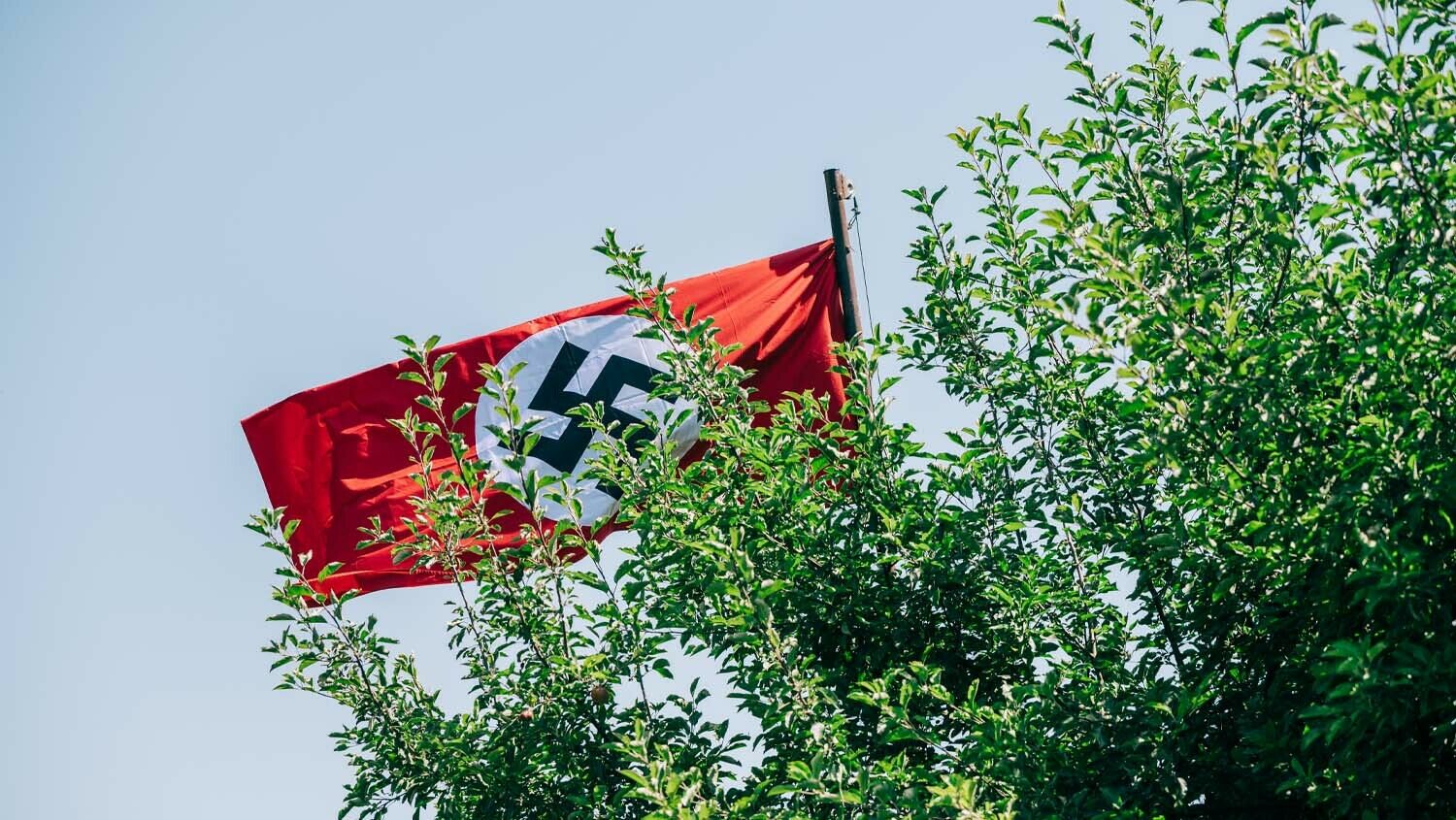 With another Nazi-themed funeral, Italy moves closer to resurrecting the Holy Roman Empire.

It resembled a scene from World War ii: a coffin draped in a Nazi flag, the giant swastika prominently displayed, as a large crowd of onlookers shouted in unison and made the fascist salute. This was not a ceremony from decades past; it took place in Rome on January 10. The event was in broad daylight at the end of a funeral at the parish of Santa Lucia. The deceased, Alessia Augello, was a member of Forza Nuova, an Italian right-wing political party.

This follows another, similar incident last year in March, according to Reuters.

Most media outlets reported that only a “few dozen” or “several dozen” militants were involved. This is inaccurate. The video reveals a crowd of more than 60 people surrounding the swastika-draped coffin, most of them making the fascist salute and shouting presente, a fascist military term used for honoring the fallen. In the background, what sounds like laughter can be heard from one of the witnesses watching on the balcony across from the church.

For Rome’s Jewish community, however, this was far from a laughing matter.

“It is unacceptable that a flag with a swastika can still be shown in public in this day and age, especially in a city that saw the deportation of its Jews by the Nazis and their fascist collaborators,” stated one Roman-Jewish organization.

Photos and videos of the ceremony soon spread on social media and were picked up by news media around the world. The vicariate of Rome called it “offensive and unacceptable” and “a horrendous symbol that cannot be reconciled with Christianity.” In a social media statement, the two priests officiating at the church during the funeral said they had been unaware that the militants intended to perform a fascist ritual after the mass. The pope himself made no comment on the events.

Anti-Semitism is a long-standing problem in Italy. During World War ii, nearly all Rome’s Jews were deported and interned in concentration camps. After the war ended and Italy’s fascist dictator Benito Mussolini was overthrown, the problem never fully disappeared. In the years since the migrant crisis began, anti-Semitism and anti-immigrant sentiment have become more common. In 2018, the Trumpet reported that racially motivated crime in Italy was increasing dramatically. At the end of that year, right-wing populist Matteo Salvini became deputy prime minister. Throughout 2019, he took action to oppose the arrival of migrants on Italian shores.

In September 2021, Euractiv reported that the two major right-wing parties, Lega Nord (Northern League) and Fratelli d’Italia (Brothers of Italy), were again leading in the polls, with 20 percent and 21 percent respectively. If Italians voted today, a coalition of right-wing parties would likely sweep into power. One famous member of Fratelli d’Italia is Rachele Mussolini, the granddaughter of Benito Mussolini.

The Trumpet has long drawn attention to the resurgence of right-wing ideology as a danger for Europe and the rest of the world. Why? The Nazi symbols displayed in Rome on January 10 point back even further than World War ii. They show that Italy is reviving the spirit of the Holy Roman Empire.

Most professing Christians would agree that Nazi flags and fascist salutes “cannot be reconciled with Christianity.” However, as documented by John Cornwell in Hitler’s Pope, the Catholic Church has often been complicit in the atrocities committed by right-wing extremists, such as Hitler and Mussolini.

Another source tells of the rise of extreme, anti-Semitic views in Europe. That source is the Bible.

Revelation 17:5 depicts the Holy Roman Empire as a woman riding a beast. In the Bible, a woman symbolizes a church, and the beast represents military might. Verse 10 adds the detail that there are to be seven kings, or resurrections. History makes clear that the Mussolini-Vatican axis established by the Lateran Treaty of 1929, along with Nazi Germany, was the sixth resurrection. Before it was Napoleon’s French empire, the Habsburgs, Otto the Great, Charlemagne and Justinian—all following this same church-state pattern.

A Nazi funeral in Rome may seem like an isolated incident perpetrated by a fringe group. However, the Bible warns that given the right conditions, Europe’s history will soon repeat itself.

The final resurrection of the Holy Roman Empire is already on the scene. By the time the majority of people realize this, it will be too late; this empire will have triggered the worst time of suffering known to man (Matthew 24:21-22). However, by understanding how events in Europe today fit into Bible prophecy, you can be protected. Start by reading our free book The Holy Roman Empire in Prophecy.