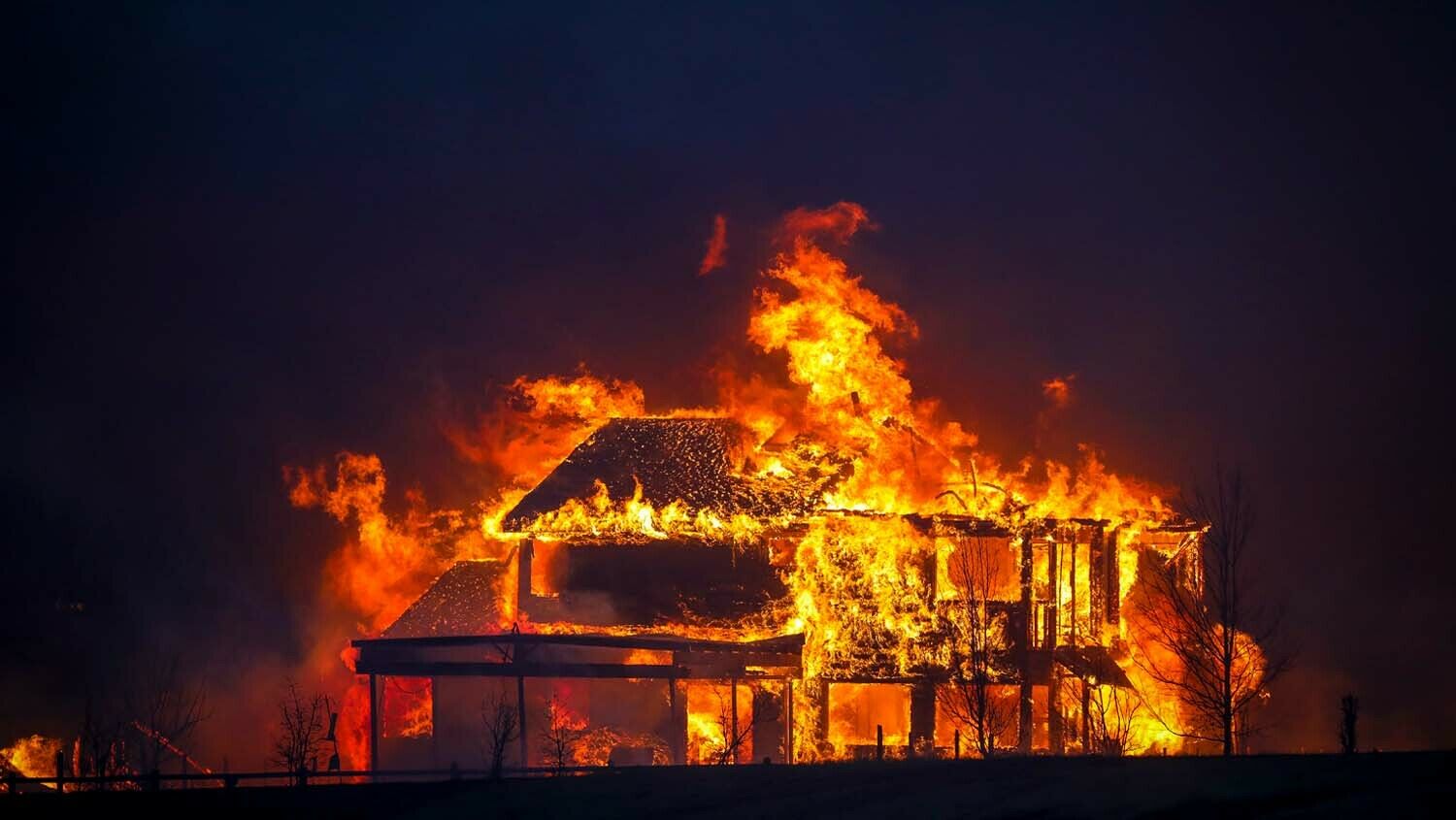 What is to blame for this latest disaster?

Colorado concluded 2021 with the most destructive fire in its history. The wildfire scorched at least 991 homes in Boulder County. Sheriff Joe Pelle believes downed power lines sparked the fire, which took off due to dry vegetation and 100 mph winds. As a result, seven people were injured, three are still missing, and thousands were left without gas, water or power.

An overnight dumping of snow on New Year’s Eve completely snuffed the fire out. Yet now many are having to contend with 10 inches of snow and frigid temperatures with no home.

“It’s bittersweet because we have our house, but our friends don’t. And our neighbors don’t,” Louisville resident Judy Givens told the Wall Street Journal as she picked up a heater from a Salvation Army distribution center. “We thought 2022 might be better. And then we had omicron. And now we have this, and it’s not starting out very well.”

Record-breaking weather disasters were all too common in 2021. From fires and floods to tornadoes and drought, the destruction seemed to be worse than ever before—and it was almost always blamed on climate change. Mike Nelson, a meteorologist at Denver7 News, tweeted, “With CLIMATE CHANGE there is no FIRE SEASON anymore.”

People can see that weather disasters are getting worse and that weather patterns are perfectly aligning for disasters. Denver had record-breaking drought and a record number of consecutive days without snow before the recent disasters.

It’s not just the weather happening today. The ingredients for a devastating wildfire have been coming together since last spring. A very wet spring 2021 helped grow the grasses. A very dry summer and fall dried the grasses out and prepared the kindling. pic.twitter.com/tslauPH1Wx

But is climate change to blame?

Many prominent figures, such as former U.S. President Barack Obama, have claimed that 97 percent of scientists believe climate change “is real, man-made and dangerous.” But notice what we wrote in “Greenhouse Apocalypse”:

The 97 percent figure comes from a survey of almost 12,000 peer-reviewed science papers conducted by Australian scientist John Cook. The survey actually found a 97 percent consensus only among peer-reviewed papers taking a position on the cause of global warming. The catch is that only 34 percent of the papers took a position on the subject. Since 33 percent of the papers appeared to endorse the notion that humans cause climate change, Cook divided 33 by 34 to arrive at his 97 percent figure. It would be more honest to claim that 1 percent of scientists say humans are not causing climate change, one third of scientists say they are, and two thirds of scientists are not making such dogmatic proclamations.

When University of Delaware Prof. David Legates reexamined Cook’s study, he found that even the 33 percent figure might be artificially high. By Legates’s assessment, only about 0.3 percent of the 11,944 abstracts Cook examined dogmatically state that humans were causing Earth’s climate to change.

More recently, over 31,000 U.S. scientists signed a petition saying, “There is no convincing scientific evidence that human release of carbon dioxide, methane or other greenhouse gases is causing or will, in the foreseeable future, cause catastrophic heating of the Earth’s atmosphere and disruption of the Earth’s climate.” Among these scientists were two Nobel Prize-winning physicists, four nasa astronauts and more than 9,000 Ph.D.’s.

Climate change is still a highly contentious scientific issue. The difference is that its proponents have a political agenda, and they are willing and able to mobilize their resources in news, media and political forums in order to advance it. But no matter how loudly they shout their lies, it doesn’t change the truth.

The truth is that scientists in 2022 are as wrong about man-made global warming destroying the world in the next decade as scientists in the 1970s were about global cooling ushering in a new ice age. Scientists are ignoring the fact that higher amounts of carbon dioxide in the atmosphere do not continually result in higher temperatures. Basic science proves that “the first 20 ppm of carbon dioxide added produces more warming than the next 400 ppm,” says Jay Lehr, senior policy adviser at the Heartland Institute.

The truth is, man is highly accomplished at seeing the effects of increased weather disasters but is utterly hopeless at accurately identifying and addressing the real cause. Man is completely unable to figure out why natural disasters.

But God reveals the reason. Many scoff at the Bible revealing the answers to life’s most important questions. Yet it is the only source that has the truth!

Even those who aren’t religious can admit that society has drifted away from its Judeo-Christian values. Society has waxed “worse and worse” just as the Bible predicted (2 Timothy 3:13).

Notice what Trumpet editor in chief Gerald Flurry recently wrote in “You Can Know Why ‘Natural’ Disasters”: “When we face such disasters, isn’t it strange that no one will blame lawlessness? Some even resort to blaming God, but they don’t like to blame man. And I am not talking about ‘sins’ like driving cars that emit carbon. I’m talking about breaking God’s spiritual law! America is plagued by sin. Pornography, homosexuality, abortion, drugs, violence—we are steeped in sin and lawlessness!” God hates sin and abhors evil, and He wants us to as well (Romans 12:9). That is why He punishes us with weather disasters. He wants mankind to cease from sin and to turn from our lawlessness (Daniel 9:13).

“God is going to put the people of this world through great tribulation until they know that, without Him, there is no hope—there’s nothing man can do,” Mr. Flurry continued. “People will be brought to the point where they have to rely on God! So often, an alcoholic has to hit rock bottom before he’ll ever admit he is wrong and actually wants to change. That is the way mankind tends to be. The two hardest things in the world for people to do are, first, to admit they’re wrong, and second, to believe God.”

Believe what God says. Believe the Bible. The leaders of this world don’t understand what is going on or why, but you can. Please request a free copy of Why ‘Natural’ Disasters? and study it alongside your Bible, and prove the truth for yourself. It isn’t easy to embrace the truth in a world full of lies, but it is the only way to be spared from these worsening disasters.