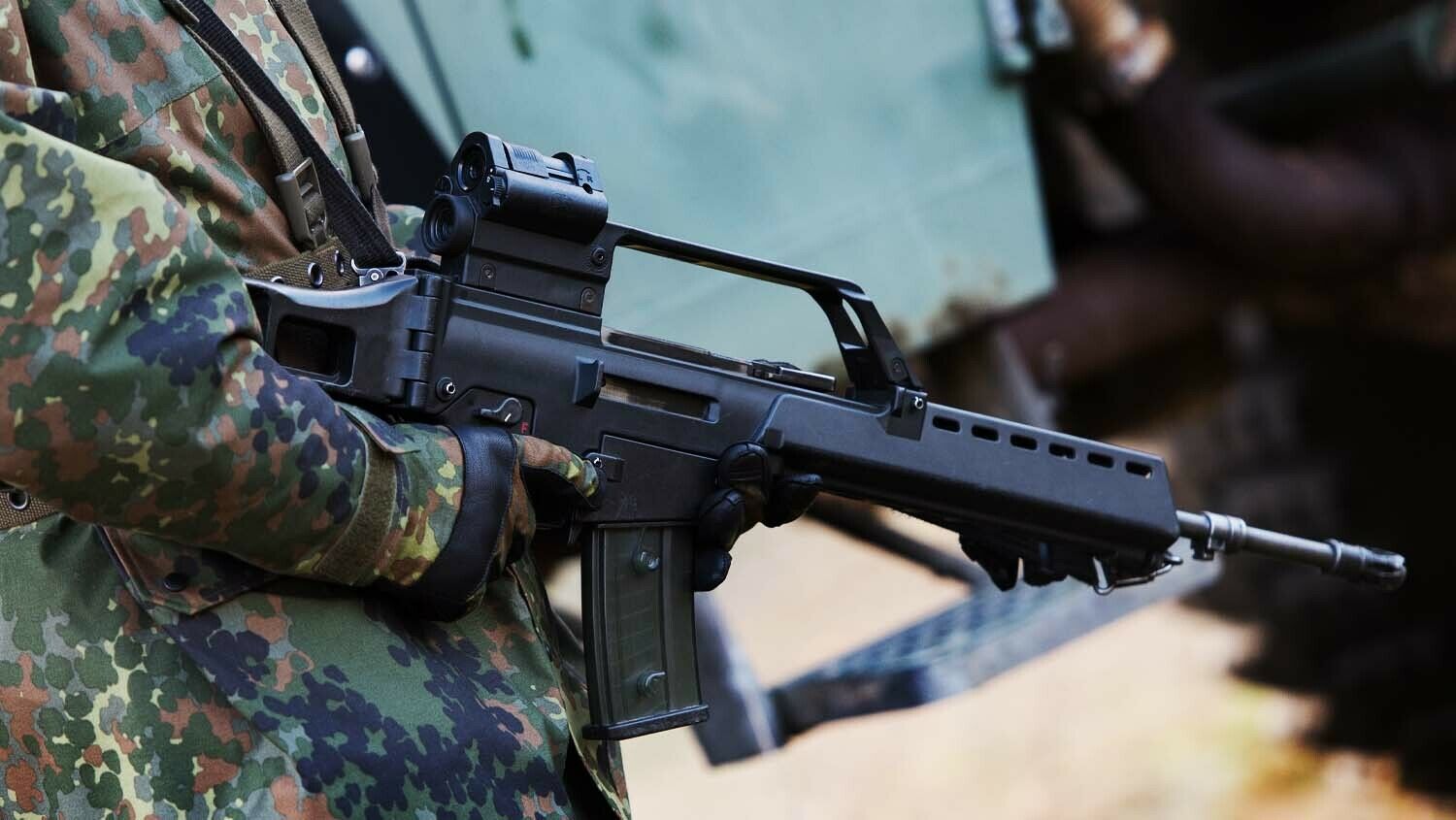 It is time we understand who is calling the shots in Germany.

Der Spiegel and dpa referenced a December 7 letter from then Minister of Economics Peter Altmaier to Bundestag President Bärbel Bas. One day before the new cabinet under Chancellor Olaf Scholz was sworn in, Altmaier informed Bas about three arms exports that the Federal Security Council had approved. ThyssenKrupp Marine Systems will supply three frigates to Egypt and a Type 218 SG submarine to Singapore; Baden-Württemberg-based company Diehl Defense has been approved to supply 16 air defense systems to Egypt, despite its human rights violations and involvement in conflicts in Yemen and Libya. In total the government approved $5.6 billion worth of arms deals. The last-minute approvals brought Germany’s 2021 arms exports to a record $10.2 billion. The previous record was $9.1 billion in 2019.

Weapon exports make up only a small percentage of Germany’s overall economy and aren’t needed to sustain prosperity; yet regardless of criticism, the exports continue. Germany’s Economics Ministry explains on its website: “Arms exports are not resources for economic policy.” In other words, Germany has a strategic reason for manufacturing and exporting arms. It uses it to build strategic partnerships and alliances; and it maintains Germany’s arms industry and thus its national security.

The Green party is generally opposed to weapons exports and is among the biggest critics of any government that approves them. Yet when the Greens ruled with the Social Democrats between 1998 and 2005, they seemed to have no problem approving the controversial exports. In facts, weapons exports increased in that time.

In 2011, Spiegel Online called out the Greens hypocrisy: “The ‘Report of the Federal Government on its Export Policy for Conventional Military Equipment’ was introduced by the red-green federal government. The first report is available for 1999 and initially shows an export volume of €26.1 million for Saudi Arabia. By 2004, arms deliveries had risen to almost €60 million during the reign of Chancellor Gerhard Schröder.” Evidently, the Green party pushed for more transparency, which then exposed their hypocrisy. Clearly, the arms industry has a great influence on German politics, as even the most “peace loving” parties give in to the pressure. As politicians come and go, the companies maintain their influence.

Trumpet editor in chief Gerald Flurry explains the intriguing reason why in “Germany Going Underground.” In this Key of David episode, Mr. Flurry vividly illustrates the power these companies have on the German government today.

“Angela Merkel admitted she was ‘helpless’ to resist pressure from German business to support the Nord Stream 2 gas pipeline, [former President of the European Council] Donald Tusk claimed at the weekend,” the Telegraph wrote on November 29. “‘The decision to build Nord Stream 2 was Angela Merkel’s biggest mistake,’ said Mr. Tusk. Ms. Merkel has consistently defended the controversial gas pipeline in the face of intense opposition from the U.S. and Germany’s EU allies. But Mr. Tusk claimed she had told him privately that she had no choice because of the pressure she was under from German business leaders” (emphasis added).

Who are these “business leaders” who are more powerful than Germany’s most executive politicians? When it comes to arms exports the answer is quite simple: These are the leaders of the same companies that promised to resurrect the Third Reich.

In 1996, the United States declassified intelligence documents from World War ii that detailed an August 1944 meeting of top German industrialists representing companies like Krupp, Messerschmitt, Volkswagenwerks and Rheinmetall. In the postwar years, these leaders ensured Germany could rise again to power at a moment’s notice. (This shocking history that most dismiss is fully explained in our booklet Germany’s Conquest of the Balkans.) These companies seek to rearm Germany and extend the Reich’s influence behind the scenes. They are executing their plan meticulously.

Recent events prove the power these companies have today. The successors of Krupp have just forced an outgoing government to approve their most controversial exports. But this is only one of many examples of how these companies work in the underground.

“Irrespective of individual decisions on arms exports, the Federal Ministry of Economics and Technology seeks dialog with the arms industry. After all, the companies and the people employed there have a right to expect politicians to make their decisions comprehensible,” the Economics Ministry explains. “That is why Federal Minister Peter Altmaier is holding talks with companies, associations and also the trade unions.”

We have to look beyond Germany’s current politicians to understand what Germany is doing. “The beast that thou sawest was, and is not; and shall ascend out of the bottomless pit, and go into perdition: and they that dwell on the earth shall wonder, whose names were not written in the book of life from the foundation of the world, when they behold the beast that was, and is not, and yet is” (Revelation 17:8). This prophecy, as Mr. Flurry explains in his booklet, warns that Germany went underground after World War ii. It is extremely urgent that we understand the motives behind Germany’s industrialists. In a 1944 speech, German Gen. Carl-Heinrich von Stuelpnagel said:

No defeat is final. Defeats are simply lessons to be learned in preparation for the next and greater attack. … In the next world war, which should take place within 25 years, the same mistake should not be made. The principle adversary will be the United States, and the entire effort must be concentrated against this country from the beginning …. [O]ur defeat in the present war need not be considered except as an incident in the triumphal march of Germany toward conquest of the world.

Germany has been preparing for another war. We cannot ignore this warning because generations of Nazis have died. “America’s greatest enemy is not the Taliban, Iran, Russia or China. It is the Holy Roman Empire! We fought it as recently as World War ii, yet we don’t recognize this empire in its modern form,” Mr. Flurry warned in “America’s Greatest Enemy.”

Germany’s government may change colors as different coalitions emerge, but the industrialists of modern Germany continue to fulfill their forefathers’ ambition. To understand what their goals are, request a free copy of Mr. Flurry’s booklets Germany’s Conquest of the Balkans and Germany and the Holy Roman Empire.