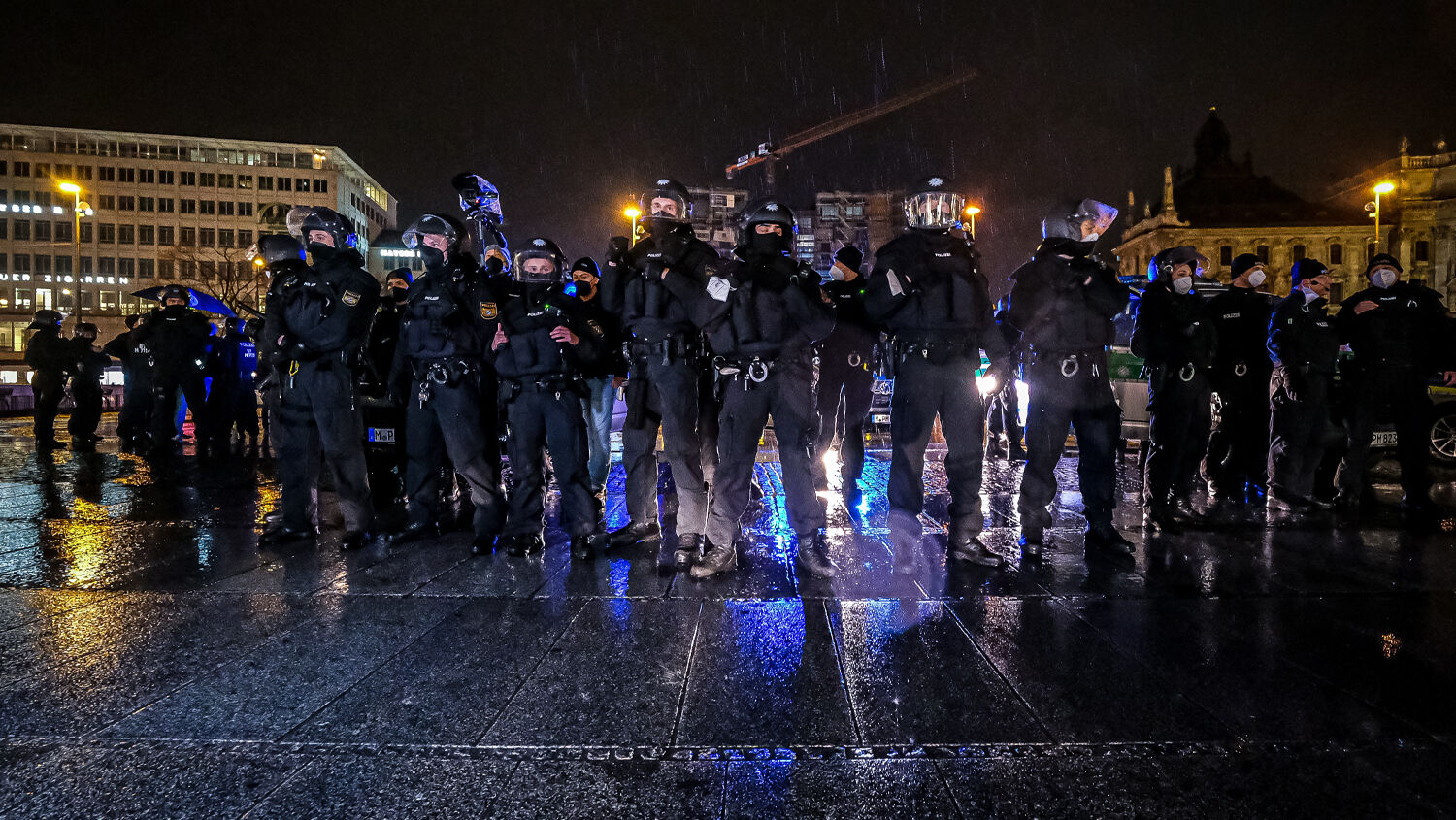 Such compliance will be fatal.

German Chancellor Olaf Scholz said his government is that of “the majority and the doubters” but, ultimately, “the government of those who obey the rules” (Trumpet translation throughout). His message for Germans: If you don’t comply, you are excluded from society. “Yes, things will get better; yes, we will pursue the fight against this pandemic with the greatest determination; and yes, we will win this fight,” he told lawmakers on December 15. In the meantime, however, his government is cracking down on the unvaccinated.

Germany is actively working to bring citizens to submission. More and more videos show how aggressively the police are enforcing rules. Even the peace-loving Green party has joined the government’s demands for a more aggressive police force. Green Bundestag member Saskia Weishaupt verbally attacked the nearly 5,000 protesters who ignored the government’s health directives and marched through downtown Munich on December 22. The police responded to those protesting the health measures with the use of truncheons and pepper spray.

“The police must act and, in case of doubt, use pepper spray and batons. We can’t leave a millimeter to them!” Weishaupt wrote on Twitter.

On December 26, four participants in a protest in Schweinfurt were sentenced to probation and fines. The mother of a four-year-old child, who was injured by pepper spray at a police barricade, was also sentenced to six months probation by the Schweinfurt district court for assault on law enforcement officers as well as resistance to law enforcement officers, the judiciary announced. Protests continue to rage as the government enforces stricter measures.

The government is still debating vaccine mandates and made clear that it doesn’t expect the pandemic to end in March 2022. It started with two weeks to stop the spread of the virus in 2020. People complied, believing it would be over soon. Today, most people have accepted that life will forever be changed. A survey has found 1 in 3 Brits think covid will never end.

Early on in the so-called “pandemic” it was clear that the government sought compliance. Former German Defense Minister Karl-Theodor zu Guttenberg said in a Bild.de interview in March 2020 that the lockdown measures are well calculated and that the behavior of some, “there’s no other way to put it, idiots” will have to be stopped. He said it’s fair and just that the police are taking action and that the measures “will provide a first step toward hopefully returning to normalization sometime soon.” It will take time, he said, but “it will take infinite time if measures are not followed.” When asked how long the pandemic will last, he said, “Definitely shorter if we’re willing to adhere to the guidance and the measures that are adopted.”

Most Germans have complied, but their compliance has made the dictatorial measures endless. Lockdowns never stopped the spread of the virus. “People are being pushed around, denied normal interaction and they are just following like sheep,” Holocaust survivor Vera Sharov warned. “It’s a very dangerous thing to follow. That’s what happened in Germany essentially. All Germans were not evil, but most of them, the vast majority, simply went along.”

Can we make this go viral?pic.twitter.com/3NwPdq9tJ8

Today, people are being excluded from society because they refuse to take a vaccine. The majority applauds when those who rebel are forcefully put down. Today’s leaders claim to know everything, and in their vanity and arrogance, they become furious when someone refuses to comply. “Of all the plagues in today’s world, one of the greatest is the arrogance of our leaders,” Trumpet managing editor Joel Hilliker noted in “Humility and the Path to Greatness.” “You see it in their handling of the coronavirus pandemic, in America’s disastrous evacuation of Afghanistan, in crisis after crisis.” I encourage you to read his article to understand the fallacy of our human heart and the solution.

What is happening in Germany is a dangerous sign of where our world is headed. Trumpet editor in chief Gerald Flurry warned in “Coronavirus and the Holy Roman Empire” that “European leaders are increasingly behaving like dictators and assuming dictatorial power. The people of Europe are being conditioned to accept more tyrannical leadership.”

“Thus saith the Lord; Cursed be the man that trusteth in man, and maketh flesh his arm, and whose heart departeth from the Lord. … The heart is deceitful above all things, and desperately wicked: who can know it?” (Jeremiah 17:5, 9). Man’s government, apart from God, has brought great evils—but as Mr. Flurry explains in Jeremiah and the Greatest Vision in the Bible there is a solution. You can know what that solution is and have tremendous hope today. Request Mr. Flurry’s free booklet here for more information.