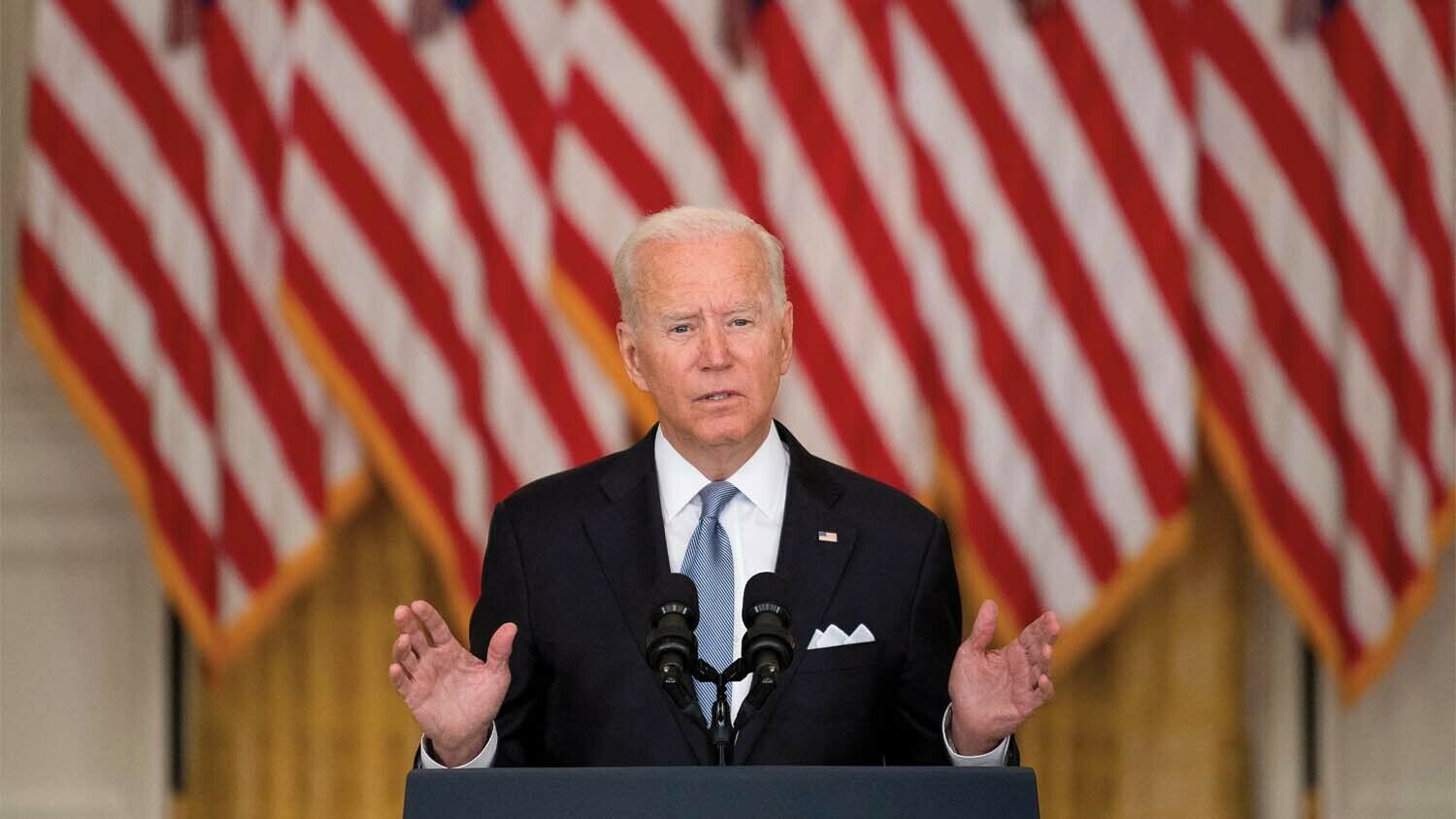 Despite mountains of evidence proving that they are making major, even fatal errors, our leaders act as if they couldn’t be more right.
BRENDAN SMIALOWSKI/AFP/Getty Images

Of all the plagues in today’s world, one of the greatest is the arrogance of our leaders. You see it in their handling of the coronavirus pandemic, in America’s disastrous evacuation of Afghanistan, in crisis after crisis. Despite mountains of evidence proving that they are making major, even fatal errors, our leaders act as if they couldn’t be more right!

History is liberally populated by men who believed they were right, that they were solving problems and helping people. And the Earth is stained with the blood of the millions they killed.

Man can be so disastrously wrong—and so unwilling to acknowledge it!

Refusing to admit error is not just a problem in our leaders. It is a problem with every human being, whether leading a nation, a business, a community, a school, a family or even just his or her own life. In pursuit of making things right according to their own definition of right, people destroy lives. And it is our nature to refuse to confess error.

Where does this way of thinking come from? Why is it so deeply ingrained in us, even when it is clearly wrong and harmful?

Whittaker Chambers, a reformed Communist, described the foundation of communism as the exalting of human reason as the highest authority in the universe. He called it “man’s second-oldest faith. Its promise was whispered in the first days of the creation under the tree of the knowledge of good and evil: ‘Ye shall be as gods.’”

Who actually established this faith? Someone who had lived in a peaceful environment governed by God—but who then began to rely on his own mind. Someone who became convinced and, despite a universe of evidence to the contrary, remains convinced that he is right!

Lucifer’s efforts to “improve” things based on his own ideas caused universal cataclysm! (Isaiah 14:12-14). Everything he has done since has produced destruction, yet he still thinks his way is better than God’s! And he tempted the first human beings to adopt that same belief.

Despite mountains of evidence proving that they are making major, even fatal errors, our leaders act as if they couldn’t be more right.

Each of us has accepted this attitude, whether we realize it or not. It’s not that our leaders are wrongly insisting that they are right while you and I actually are right. We are all deeply infected by Satan’s self-is-right attitude. When we trust our own reasoning, we are doing what Adam and Eve did before us, and what Satan did before them. And the devil can manipulate us because of it, just as he manipulated our first parents.

In Proverbs 6, God tells us He hates “a proud look.” As comforting as pride in ourselves seems to us, God knows what it leads to: millenniums of deceit, self-justification, emptiness, suffering, hopelessness and death.

“The fear of the Lord is to hate evil: pride, and arrogancy, and the evil way, and the froward mouth, do I hate” (Proverbs 8:13). God warns in Proverbs 16:18 of this law of cause and effect: Pride always leads to destruction.

This way of thinking, promoted by the subtle and persuasive serpent—“the spirit that now worketh in the children of disobedience” (Ephesians 2:2)—is fatal. And it is impossible to cure—without God.

From its first pages to its last, the Bible advocates for men, even kings, to cultivate humility and the fear of God. King David developed this beautiful attitude, and expressed it throughout his psalms. King Solomon told God he regarded himself as a “little child: I know not how to go out or come in.” This wasn’t false humility. It was a recognition of fact: Our minds are wrong, and God is right. When you understand the truth about human nature, you realize how terrible the universal sin of self-pride is, and how necessary and wonderful is the attitude of exalting not your own will but God’s instead.

The greatest Being of all existence and all eternity, next to God, became a man. He set minds alight with His teaching, healed people instantly, resurrected people from the dead, and sacrificed Himself for the world. Jesus Christ, the greatest human being of all time, was also the greatest example of humility toward God. He said, “I can of mine own self do nothing …” (John 5:30).

The Apostle James wrote, “… God resisteth the proud, but giveth grace unto the humble. Submit yourselves therefore to God. Resist the devil, and he will flee from you. Draw nigh to God, and he will draw nigh to you. Cleanse your hands, ye sinners; and purify your hearts, ye double minded. … Humble yourselves in the sight of the Lord, and he shall lift you up” (James 4:6-10).

What a profound lesson to draw from these recent painful events. Here is real, powerful, true hope: If you will humble yourself, the super-powerful Satan will flee from you because you will be drawing near to the all-powerful God!

Jesus Christ, the most humble and submissive Being ever, is about to return with overwhelming force to take over all human governments. With Him will be those who have learned to submit, repent and obey His law of love. Humble yourself in the sight of the Lord, and He will lift you up.