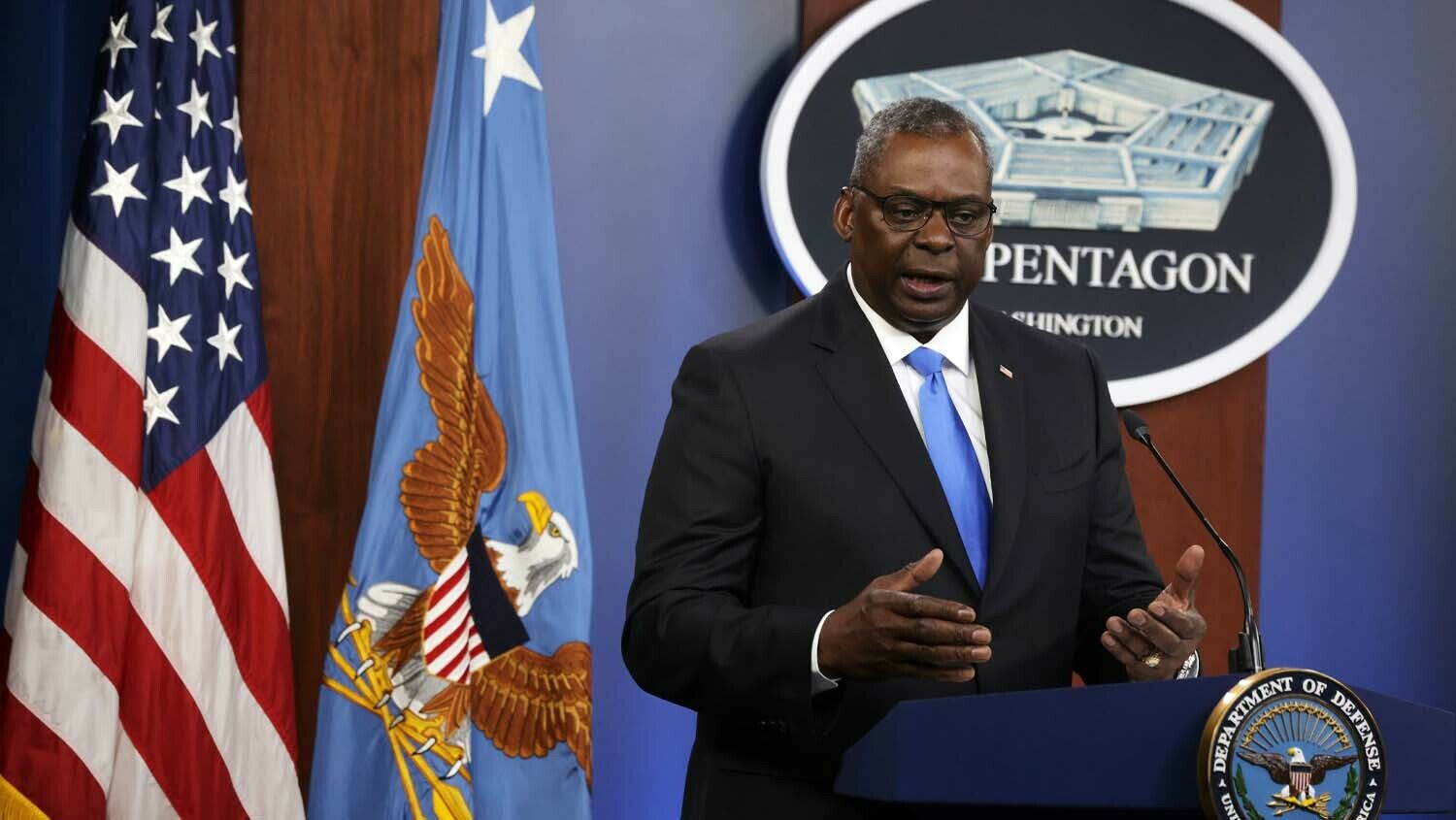 Policies are being shaped by will worship.

On December 20, United States Secretary of Defense Lloyd Austin announced several new policies to help the military weed out extremism from the ranks. The Associated Press wrote: “The new guidelines come nearly a year after some current and former service members participated in the riot at the U.S. Capitol, triggering a broad department review.”

The guidelines are based upon the premise that the January 6 Capitol protest was an act of domestic extremism. “According to the Pentagon, fewer than 100 military members are known to have been involved in substantiated cases of extremist activity in the past year,” AP continued. “But they warn that the number may grow given recent spikes in domestic violent extremism, particularly among veterans.”

The Department of Defense Instruction is mainly a refinement of previous orders. Austin ordered a worldwide stand-down of forces so leaders can discuss the new policies and extremism with all service members. The policies state that banned activities include “advocating terrorism or supporting the overthrow of the government to fundraising or rallying on behalf of an extremist group or ‘liking’ or reposting extremist views on social media” (ibid).

Service members’ social media activity will now be monitored. The Department of Defense said it does not intend on actively monitoring specific social media accounts unless there is a complaint. The rules are unclear on what constitutes “extremist views” on social media, but based on the leadership’s past actions and their view of the January 6 events as extremist, these rules target anyone who questions the integrity of the election, supporters of Donald Trump, and the legitimacy of Joe Biden. The rules do not list any extremist organizations but leave it to the discretion of the commanders to determine if a service member participated in an extremist activity or not.

Any activities that are deemed to advocate or use violence to overthrow U.S. governments or the Constitution, or that advocate widespread discrimination based on sex, race, gender, etc, is considered extremist activities. The rules are so vague that a service member who supports an organization that believes there are only two genders, male and female, could be labeled an extremist. Or a service member who attends an election-integrity rally could be deemed an extremist.

These new rules come on the heels of an op-ed written by three retired generals saying there was a real risk of insurrection by members of the military if the results of the 2024 election were not accepted. This just happens to align with radical-left media warnings that Donald Trump is already preparing for a 2024 coup.

In an address to the troops, Austin said despite the small number of extremists found in the ranks, they can have an “outsized” effect on morale and readiness. However, the Department of Defense is actively pursuing policies that are destroying the morale of the military.

On December 8, Joe Biden’s nominee for vice chairman of the Joint Chiefs of Staff, Adm. Christopher Grady, appeared before the Senate and remarked that “gender advisers” are an essential part of the U.S. military’s future. “The role of a gender adviser is a way to attack a very significant issue,” Grady said, “and if confirmed, I look forward to leveraging those advisers who can make me think better and smarter about the issues that you raise.” Grady also said he would use the gender advisers to “awake himself.”

In 2016, an academic paper said the U.S. should adopt the North Atlantic Treaty Organization’s example of gender advisers, which helped soldiers “understand complex gender standards” during their missions. Rod Dreher at the American Conservative wrote: “Are you confident that in the current highly politicized environment in the U.S., that gender advisers will be of practical help, versus being de facto political commissars?”

In 2017, the Women, Peace and Security Act was passed, requiring the Department of Defense to feminize the military. A feminist website wrote: “Changing military culture to improve women’s integration and equality … will require fundamental strategic and operational alterations to the military status quo, including measures to eliminate the ‘entrenched culture of militarized masculinities’ throughout the armed forces.” The website continued:

To ensure women’s meaningful participation, the report suggests that women must be promoted to leadership positions and their input must be valued. To do so, the military must adopt better and more complete child care and parental leave policies and decouple physical fitness standards from advancement. Only by incorporating women into senior ranks—thereby giving them influence throughout the chain of command—will the culture shift.

To address gender participation gaps, the report suggests that the Department of Defense should also conduct a comprehensive review of physical fitness requirements and occupational standards. Deemphasizing physical fitness would help address the “culture of toxic masculinity rooted in beliefs of physical superiority.”

In other words, to improve the military culture, women need to be in charge, physical fitness standards need to be relaxed, and child care needs to be universally available. The U.S. Navy just launched a maternity uniform pilot program for 2022. Four new uniforms have been created so pregnant sailors can test their effectiveness. The Marine Corps has also released maternal uniforms.

“Are we still about fighting wars, or are we instead about fighting culture wars?” Dreher asked. “There is no question that on average, men are physically superior to women. Now we have to pretend that that isn’t true for the sake of equity?” The radical left is waging a culture war in the military so it can use the military in its war against the U.S. Constitution.

The leadership is also aggressively insisting there is systemic racism in the U.S. military. Unfortunately, there is some racism in all parts of society, but the evidence of systemic racism in the military is increasingly being exposed as false. “We Just Feel It: Racism Plagues U.S. Military Academies” states that barracks named after Confederate generals and paintings of Robert E. Lee in West Point are evidence of systemic racism. The article then lists several anecdotes, mostly vague and not specific. One individual is quoted, saying: “We just feel it; we feel the energy behind it, and it just eats us away.” The article paints these isolated incidents as the most common activity at the academies.

Retired officer Dr. Ron Scott wrote an article in response, stating that the radical racial policies are not addressing the problem but encouraging racial division. Some of the racial equity classes include Ibram X. Kendi’s anti-racism and discrimination theories. Scott spoke with a young airman who declared she experienced racial discrimination at the air base in Japan. “I informed her that we take the zero-tolerance policy against harassment and discrimination seriously and ensured her the policy was enforced vigorously,” Scott wrote. “Could she provide specific details so that we can investigate any violations? She could not do so, but she knew in her heart it was taking place.”

Scott then said that articles such as “We Just Feel It: Racism Plagues U.S. Military Academies” is “an example of self-fulfilling prophecy … ‘a sociological term used to describe what happens when a false belief influences people behavior in such a way that it ultimately shapes reality.’” People are creating their own reality even if it is not based in fact. The Bible calls this behavior will worship. The Bible even warns that this way of thinking would plague modern America.

The radical left, media and leadership in the U.S. military are all pushing narratives about January 6, gender identities and systemic racism; they are trying to create their own reality devoid of the facts. But whose will are they worshiping?

“Barack Obama and these other powerful radical elites who force others to submit to their will and who deny reality itself are absolutely dominated by the being who worships the will, is the father of lies and who was a murderer from the beginning: Satan the devil,” wrote Trumpet editor in chief Gerald Flurry in “This Is Treason! Why Is Nobody Reporting on It?” The radical left is using will worship to advance their goals, and this is all being led by Barack Obama.

During his years in office, and now as puppet master to Joe Biden, Obama specifically targeted the military. Mr. Flurry wrote in “This Isn’t Incompetence. This is Treason!”:

No matter how powerful or numerous or sophisticated the military, if it lacks strong leadership it can accomplish nothing!

The leaders Obama put in office prioritized political correctness, racial and gender equality, and other outrageous causes that gutted America’s defenses. They supported Obama allowing transgenders into the military. They directed resources toward promoting radical-leftist ideas in foreign countries rather than protecting America’s interests and securing the globe.

The Biden administration is doubling down on the movement to transform the military. Just as Obama purged the leadership, it appears the radical Department of Defense is preparing to purge the rank and file. The woke propaganda and feminizing of the military is weakening morale and combat readiness. The radical left seems to have a stranglehold on all the institutions with some kind of power. However, Bible prophecy reveals there is going to be a sudden change to this dangerous status quo. Mr. Flurry wrote:

Despite the media silence and censorship, I believe we are at a turning point. I am convinced that, right as the radical elites’ power is surging and they are leading America to its demise, their treason is about to be exposed and they will lose their power.

As I have written before, Bible prophecy shows that Donald Trump is going to return to power. I believe the dramatic turn of events that will result in his reinstatement has already begun.

The tide is turning, and perhaps the U.S. military will have a role in this sudden change of fortunes. Stay tuned to world events, and stay tuned to theTrumpet.com as God performs some dramatic miracles. To learn more about what the future holds, please read “This Is Treason! Why Is Nobody Reporting on It?”