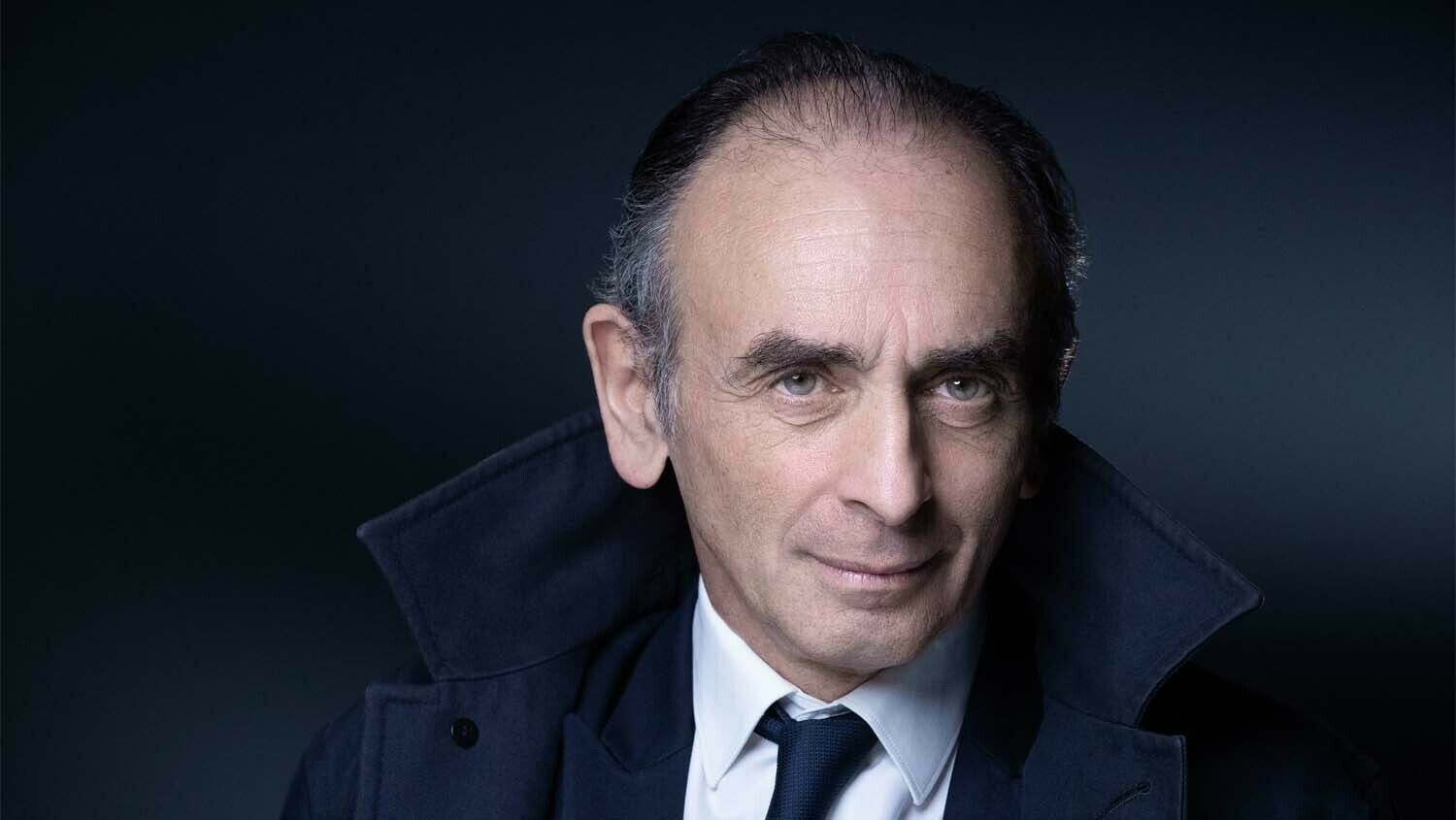 Euphoria, repulsion, derision, hope—all these sentiments were expressed in France on November 30 after political commentator and former journalist Éric Zemmour released a video announcing his run for presidential elections in 2022. His right-wing nationalist platform has received plenty of criticism. Yet even more revealing is how much support it has gathered in so short a time.

Zemmour leads the Reconquête (Reconquest) party. According to him, it gained 60,000 members in only 10 days, a figure many found difficult to believe.

Few saw Zemmour as a possible president before 2021—himself included. “You have known me for years,” Zemmour states in his video. “You know what I say, what I diagnose, what I announce. For a long time I contented myself with the role of journalist and writer. … I said to myself, ‘To everyone their own trade, to everyone their own role, to everyone their own fight.’ I have recovered from that illusion. … I have decided to take into my hands the destiny of France” (Trumpet translation throughout).

The “great replacement,” or replacement of the French population by immigrants mainly from the Middle East and Africa, was popularized in a book by the same name authored by Renaud Camus. It is ridiculed by the left as a nationalist conspiracy theory. Yet the fact that it exists and has now found expression in a presidential candidate shows that many French are concerned by the large numbers of migrants who refuse to assimilate into French culture or, worse, become involved in violence.

Zemmour addressed this immediately in his video: “For years, the same sentiment clutches, oppresses, haunts you. A strange and penetrating sentiment of dispossession. You walk through the streets of your cities, and you don’t recognize them … and you have the impression of no longer being in the country which you once knew. … You have not left your country, yet it’s as if your country has left you.”

Then he gets more specific. “It is no longer time to reform France, but to save it. This is why I have decided to run in the presidential election. … So that our children and grandchildren may not experience barbarism, so that our daughters may not be veiled, and so that our sons may not be subjected.” This is a clear reference to Islam.

“You are exiles from within. For a long time you thought you were the only one to see, to hear, to think, to fear, you were afraid to say so, you were ashamed of your impressions,” stated Zemmour. “And then you told your wife, your husband, your children, your father, your mother, your friends, your colleagues, your neighbors. And then you told strangers, and you realized that your feeling of dispossession was shared by all.”

Zemmour is open about his plans to crack down on immigration. He envisions a system where the number of asylum seekers will be cut to mere hundreds every year, where foreign delinquents will be expelled, and where asylum seekers would be sent home after six months if they failed to find employment.

‘A Crisis of Civilizations’

Why are the French fed up with the status quo?

“There’s a malaise in France, a crisis of civilizations and security problems, and for now he’s the only one with the courage to pose these problems clearly,” one man who attended Zemmour’s rally in Paris on December 5 told Britain’s Telegraph.

Data suggest this “crisis of civilizations” and “dispossession” is more real than most French leaders will openly acknowledge.

In 2018, foreigners (not including recent immigrants who have become French citizens) were three times as likely to be involved in crime, according to data from the Interior Ministry. A study by French sociologist Hugues Lagrange found that given equal social status, “adolescents educated in families (originating in the countries) of the Sahel are three to four times more often implicated as the authors of offenses than adolescents raised in native families; and those who are educated in Maghrebi families, two times more likely.”

The suburbs of Paris demonstrate this clearly. Within Seine-Saint-Denis, children born to immigrants from outside Europe made up as much as 84 percent of the neighborhood of Clichy-sous-Bois in 2017. The change between 1990 and 2017 is also revealing: In Pierrefitte-sur-Seine, children of immigrants from outside Europe increased by 102 percent; their population more than doubled. In Courneuve, it increased by 60 percent for the same period.

This trend exists in other large cities. In Villejean-Beauregard, a suburb of Rennes, the percentage of those born to immigrants increased by 355 percent from 1990 to 2017.

Statistics like these, and their tangible effects in the lives of ordinary French citizens, have become a central controversy of the upcoming election. Violence against the police is increasing, and teachers who criticize Islam are frequently singled out for threats, sometimes even physical violence.

On top of all this is the ongoing legal trial surrounding the 2015 terrorist attack on the Bataclan. For days, livestreams of this event made headlines throughout French media. The very first day saw the sole surviving terrorist, Salah Abdeslam, provoke the court by shouting, “There is no divinity besides Allah” in front of the victims of the attack. A few days later, Abdeslam yelled at the judge and claimed that the killing was justified because of what Western forces did in Syria. Despite this, the trial, with its numerous witnesses, is scheduled to continue for a total of nine months—the longest ever in French history.

Are many in France simply tired of the left’s weak stance against radical Islam?

Speaking during a televised debate on December 16, Zemmour openly stated that Islam is a totalitarian religion and that, without Christianity, France would not exist. Evidence of his favorable views on the Catholic Church is also found in his video, where he deplores the attack on French culture and history while showing clips of churches being torn down and the fire at Notre Dame Cathedral.

French history also features prominently in the video. French knights, Louis xiv and Versailles, Napoleon and Charles de Gaulle all make their appearance in the first few minutes of the video. He speaks about passing to the future generation “the France known by and passed to us by our ancestors. So that we can continue to preserve our way of life, our traditions, our language. … So that the French may remain French, proud of their history, and confident in their future.”

Some of Zemmour’s views on history are highly controversial: In 2014, he claimed that Gen. Philippe Pétain, leader of the French puppet regime under the Nazis, tried to save French Jews from being taken to extermination camps. Yet for many, this has not overshadowed his potential as a future president of France.

A crackdown on immigration, favor for the Catholic Church, appeal to nationalist sentiment, willingness to confront radical islam—if these qualities sound familiar, it’s because the Trumpet has been predicting for years that leaders with these qualities would rise in Europe.

It remains to be seen if Zemmour will win the election or even whether he will receive enough sponsorship from French mayors to get on the ballot. However, his popularity shows that many in France are ready to turn to anyone who promises to be strong on these key issues.

Bible prophecy says that in the end, Europeans will get exactly that. Why? Because of a clash between two opposing civilizations.

Daniel 11:40 shows that the “crisis of civilizations” underway today in France, and throughout Europe, will result in a military clash. Our free booklet The King of the South explains that a united Europe, “the king of the north,” will be provoked, stirred to military action, against “the king of the south,” Iran and the radical Islamic terrorism it sponsors. This provocation could happen in a number of ways; it could be Iran obtaining nuclear bombs, or a major terrorist attack on European soil. Though Iran has not yet openly pushed at Europe, France’s problems with Islamic separatism, violence against police, and attacks on its Christian heritage show that this crisis is not far off.

The lack of response by Europe’s current leaders to all these problems is conditioning many Europeans to desire stronger, more aggressive policies. This is why a leader who dares to so much as name the problems afflicting France today can become so popular.

Europe will confront radical Islam. To accomplish that, it will need strong leadership to ensure even temporary unity. The Bible states that a strong German leader will be head over 10 European nations or groups of nations, each led by a like-minded strongman (Daniel 7:7; 8:23; Revelation 13:1; 17:12). Is France’s strongman now on the scene? Only time will tell if Zemmour’s outspoken manner and strong policies will be enough to make him president. What is undeniable is that France is facing a crisis of civilizations with radical Islam—exactly as the Bible prophesied—and that soon, it will get a leader willing to confront these issues as well.

To understand what the rise of leaders like Éric Zemmour portends for the future of Europe, and the world you live in, read A Strong German Leader Is Imminent, by Trumpet editor in chief Gerald Flurry.