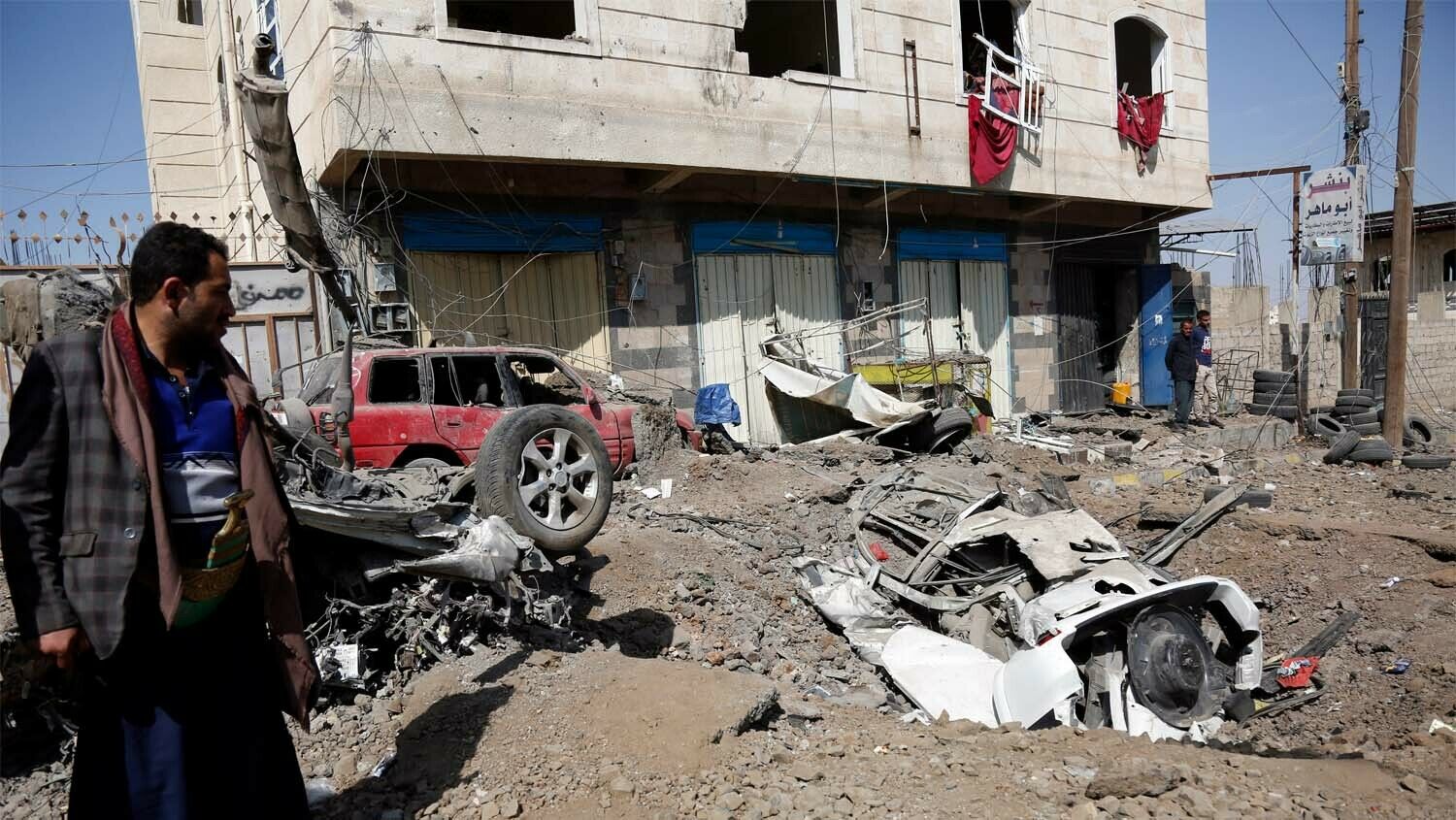 Yemenis look at debris after an airstrike which was believed to have been launched from a Saudi-led coalition aircraft on November 11 in Sana’a, Yemen.
Mohammed Hamoud/Getty Images

Is Iran increasing its footprint in Yemen?

Saudi Arabia led several air raids into Yemeni territory, Reuters reported on November 30. The Saudis claim to have hit several Houthi targets in Sana’a, Yemen’s capital. The Houthi is an Iran-sponsored Islamist Shiite insurgency taking over the country. But the Saudis also claimed to have hit a “‘secret’ site belonging to” the Islamic Revolutionary Guard Corps. Iran, however, denies this.

“Such baseless declarations are made to deflect the nations of the region and the world’s public notice from the crimes of the aggressing states,” said Iranian Foreign Ministry spokesman Saeed Khatibzadeh.

Iran has been accused of smuggling weapons to the Houthi for years now. A military base for the irgc wouldn’t be surprising. If verified, it would confirm that Yemen is falling more and more under Iran’s control. Saudi Arabia, Iran’s main rival in the Middle East, leads a coalition fighting the Houthi and supports the internationally recognized government.

The Islamic Revolutionary Guard Corps (irgc) is a division of Iran’s military separate from the rest of the armed forces. It is tasked with both protecting and promoting Iran’s Islamic revolution. The irgc’s elite Quds Force exports the revolution abroad by supporting armed Islamist groups in other countries. This includes the Popular Mobilization Forces in Iraq and Hezbollah in Lebanon. If the Saudi allegations are confirmed, the Quds Force is likely managing the secret site.

The claims are currently unverified. Saudi Arabia isn’t known for being the most transparent country in the world. The claims could be Riyadh trying to make itself look better in the civil war. Until more information surfaces, we can’t be certain of anything. But even if the Saudi claims aren’t entirely true, Iran is always looking to expand its military presence in the Middle East. An Iran-friendly Yemen could be a perfect partner. “We need distant bases, and it may become possible one day to have bases on the shores of Yemen or Syria, or bases on islands or floating [bases],” Iranian Gen. Mohammed Hossein Baqeri said in 2016.

If the Houthis take over the entirety of the country, it would ripple throughout the Middle East. A Houthi takeover would turn all of Yemen into one giant Iranian military base. This would give Iran a foothold on the shores of the Red Sea and the Bab el-Mandeb strait. The Bab el-Mandeb connects the Red Sea with the Arabian Sea; it is the parallel choke point to the Suez Canal.

Iran has already toyed with closing the Strait of Hormuz, the sea gate connecting the Persian Gulf with the Indian Ocean. The United States Department of Energy calls this strait “the world’s most important oil transit choke point.” If Iran decided to close it, it would be disastrous for the world economy. If Iran gained control of both the Strait of Hormuz and the Bab el-Mandeb, it could hold the world’s oil-importing countries at ransom.

Such a move may seem counterproductive: It would cripple Iran’s economy. But it would also cripple the economies of many of Iran’s rivals. And considering Iran is pursuing a rogue nuclear program that alienates it from the rest of the world, cutting off oil trade routes wouldn’t be its most extreme policy.

Closing the world’s oil trade routes would result in an unprecedented geopolitical shakeup.

“Yemen is one of the most strategically important countries in the world,” Trumpet editor in chief Gerald Flurry writes in his booklet Germany’s Secret Strategy to Destroy Iran. “Recent developments there have shocked many people and will have dramatic effects that extend far beyond the Middle East.”

In order to reach the Mediterranean Sea from the Indian Ocean, all seafaring trade—including 3.8 million barrels of oil per day—must pass through the Bab el-Mandeb strait, the southern gate of the Red Sea. Measuring just 18 miles across, this channel is the closest point between the two landmasses of central Africa and the Arabian Peninsula. The northeast edge of the strait is in Yemeni territory.

The strategic importance of controlling this passage is equal to controlling the Suez Canal, since both are part of the same thoroughfare.

Now that Iran controls Yemen, it can virtually close or open the spigot on Middle East oil bound for Europe. And Europe is taking notice!

If the Saudi allegations are true, then the Iranian influence in Yemen may be greater than realized. And it means a Houthi takeover of Yemen would equal an Iranian takeover of Yemen. This would sow the seeds for a lot of chaos in the Red Sea.