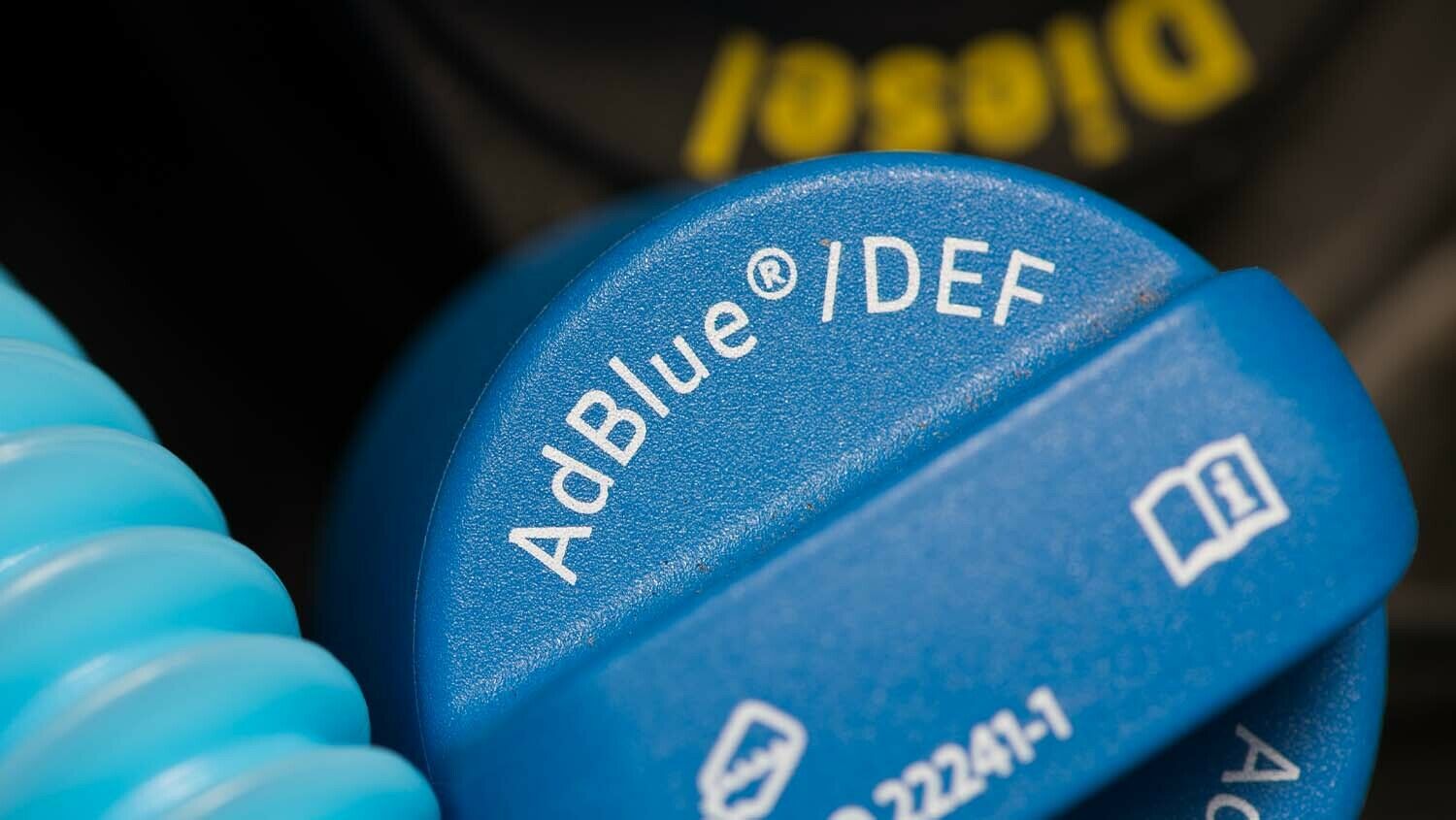 Australia is at risk of a total economic halt in 2022.

The Australian economy is at risk of coming to a grinding halt in just a few weeks after China banned the export of a critical fuel additive. The trucking industry is facing devastating supply disruptions if it cannot get its hands on the diesel exhaust fluid known as AdBlue. The product contains urea phosphate, a primary component in fertilizer. In what it claims to be an effort to lower fertilizer prices domestically, China has banned the export of urea. Before the ban, China was supplying 80 percent of Australia’s required levels. The move by Beijing has led to worldwide hoarding and stockpiling of AdBlue. The reason is simple: Without it, modern diesel vehicles won’t run. This is particularly destructive to a large nation like Australia, which relies on trucks to transport goods and materials across the broad open country.

Australia can thank Europe—in part—for the looming crisis. AdBlue is a solution designed to help modern diesel engines meet the latest European Union exhaust emissions regulations. The solution is mixed with diesel, which creates a chemical reaction to convert nitrogen oxide into nitrogen, water and carbon dioxide. This makes it less harmful to the environment. But what is good for the polar bears could be potentially fatal for the Australian economy.

Most trucks fitted with AdBlue tanks will not operate when their tank is empty. Euro 6 carbon emission regulations were introduced in 2014, meaning many diesel engines created after that time are AdBlue dependant. Approximately 50 percent of Australia’s trucks use the additive. The most popular Australian car, the Ford Ranger, is diesel.

Without a new source, Australia’s supply is expected to dry up by February at the latest. With many companies now stockpiling, the crisis could begin even sooner. If Australia is unable to find a new supply, it faces massive reduction in everyday items. Produce will not get from farm to supermarket. Some modern machinery and tractors also require AdBlue to operate—potentially stifling farmers’ ability to reap at harvest. Most groceries and pharmaceuticals will leap in price or vanish from the shelves. Without trucks to help unload and distribute, shipping will backlog.

The agricultural supply chain is already under huge strain with truck driver shortages and global supply chain disruptions, and we can’t afford to put the supply chain under any more pressure. As farmers produce essential perishable goods, the supply of critical inputs like AdBlue is essential to maintaining our food security.

The core issue is more than just a reliance on AdBlue. It is about the end of Australian manufacturing.

The last factory capable of creating AdBlue, Incitec Pivot, is shutting its plant in the coming year. But it isn’t the only case of Australia shuttering domestic business. After decades of lowering tariffs, car manufacturer Holden made its last vehicle in 2007. Just 11 years earlier, the Holden Commodore was Australia’s most popular car. Now the top-sellers are all made overseas. In fact, all cars are now made overseas: Ford stopped making the Falcon and Toyota stopped making the Camry.

With everything coming from overseas, Australia is dangerously reliant on foreign powers—many of which don’t have Australia’s best interests at heart. China is no novice when it comes to using the economy as leverage. Recent trade spats between Canberra and Beijing highlight the fact that China is ready and willing to tank Australian industry if it has to. Of course, it is thinly veiled with other accusations.

For instance, Australia called for inquiry into China’s role in the creation of covid-19. Suddenly Beijing slapped major tariffs on Australian meat, citing tainted products. Seafood was left to rot on runways after officials suddenly found health code violations. Timber was banned after pests were discovered. And so on and so forth. The timing was certainly suspicious.

So too is the AdBlue crisis. Beijing is staring down its own economic Armageddon as multibillion-dollar property developer Evergrande teeters on collapse. Other highly leveraged developers are also facing ruin.

In an effort to maintain both control and his tough persona, Chinese General Secretary Xi Jinping is increasingly throwing China’s international weight around. This helps to drum up support at home and also ward off anyone looking to potentially capitalize on China’s weakened state.

It is bad news for Australia, which represents the key challenger to Chinese hegemonic power in Southeast Asia. Canberra has the unenviable task of walking a tightrope. On one side are Australia’s strategic and historic allies, such as the United States. On the other side is China, Australia’s biggest trade partner. Lean too far either way, and Australia could find itself without goods or without security.

But such a choice is quickly becoming inevitable as Australia is drawn into the looming confrontation between China and America, particularly over hot-button issues like Taiwan’s sovereignty. Unable to break free of Chinese dependence, Australia is unable to adequately stand up to Chinese inroads throughout the Pacific.

Australia at the Head or the Tail?

The Trumpet has long warned of China’s rise and the impact it would have on the world, including Australia. We have made such warnings for decades because Australia’s deadly predicament was forewarned in what many consider an unlikely source.

Late educator Herbert W. Armstrong tracked the migration of ancient Israel after its captivity to the Assyrians and Babylonians in his free book The United States and Britain in Prophecy. Many of the so-called “lost 10 tribes” moved north and west, settling across modern-day Europe. The tribe of Ephraim settled in England. Members of the British Empire, Britain, Canada, South Africa, New Zealand and Australia are all descendants of that tribe.

God made incredible promises to ancient Israel and its descendants in the Bible!

Deuteronomy 28 is often called the blessings and curses chapter. In it, God outlines the blessings He would give Israel if they obeyed Him, and the curses if they did not. The same promises are in effect today! After all, God is the same “yesterday, today and for ever” (Hebrews 13:8) God still blesses for obedience, both individually and nationally.

One overarching blessing God promised was to bless Israel physically. In the city and field (verse 3), in body (verse 4), at home or out and about (verse 6), and in numerous other ways. The promises were both individual and national. God offered protection from enemies (verse 7), savings (verse 8), even blessings of good weather (verse 12).

“[A]nd thou shalt lend unto many nations, and thou shalt not borrow. And the Lord shall make thee the head, and not the tail; and thou shalt be above only, and thou shalt not be beneath; if that thou hearken unto the commandments of the Lord thy God, which I command thee this day, to observe and to do them” (verses 12-13). God promised Israel it wouldn’t be beholden to any other nation; Israel would be the one lending to other nations. But there was a big condition: If Israel obeyed, God would do these things. And if not, then came curses. Many of these curses were simply the opposite of the blessings.

“The stranger that is within thee shall get up above thee very high; and thou shalt come down very low. He shall lend to thee, and thou shalt not lend to him: he shall be the head, and thou shalt be the tail. Moreover all these curses shall come upon thee, and shall pursue thee, and overtake thee, till thou be destroyed; because thou hearkenedst not unto the voice of the Lord thy God, to keep his commandments and his statutes which he commanded thee” (verses 43-45). Tragically, Australia and all the modern descendants of ancient Israel have forgotten God. As such, we are seeing Israel become the tail, not the head—the cursed, not the blessed.

Australia is placing its trust in foreign powers, rather than in God’s ultimate power! He alone has the power to bless. It is a tragic mistake to trust in man.

As shelves start to empty and prices skyrocket, everyone will come to face a stark reality: Man cannot trust in man to solve his problems. If you want answers to the world’s dilemmas, we highly encourage you to visit our websites, write us, or call one of our operators. The Bible is full of amazing promises to any person of any race who is willing to turn to Him, and that includes you!