Representatives from 46 nations met in San Francisco on April 25, 1945, to try to create the United Nations. They touted the UN as mankind’s last hope for peace as the world entered a new age: the nuclear age.

The late educator Herbert W. Armstrong attended that meeting in San Francisco. He guaranteed that the UN would fail to bring peace. He was right.

Humans now have the capability to exterminate all life on Earth. We are the generation that will experience the unthinkable catastrophe of nuclear warfare. The good news is: Some people will live through it, and Jesus Christ will return to stop it.

Imagine living through a nuclear war. That would change your perspective quickly! “Are you willing to hear the truth?” Mr. Armstrong asked in a World Tomorrow radio broadcast. “Do you want to know how war can be abolished—permanently—and how we can achieve a real, and a lasting peace …? You can’t cure any sickness without finding the cause and removing that. Let’s dare to boldly look, then, to the real cause” (Nov. 4, 1945).

The cause is the system that grips the world. It is not God’s system! Mr. Armstrong talked about God’s master plan to free the world from this wrong system. God’s plan is a secret. It is a mystery to this world!

To understand God’s secret, we must get the grand overview.

“Surely the Lord God will do nothing, but he revealeth his secret unto his servants the prophets. The lion hath roared, who will not fear? the Lord God hath spoken, who can but prophesy?” (Amos 3:7-8). The Prophet Amos wrote about two issues here: the end-time warning that God’s people must deliver to the world, and God’s secret. The warning reveals God’s secret solution to the horrifying question of human survival!

The Philadelphia Church of God delivers the warning on television and radio, in books and booklets, and over the Internet—always free of charge. Only a tiny loyal remnant does this job. God is roaring like a lion! This ought to get our attention and make us ask, “Who can but prophesy?” If we hear God’s roar, how can we not prophesy?

World War ii ended after the Japanese surrendered in Tokyo Bay on board the uss Missouri. General MacArthur signed the document. After the horrifying bombings of Hiroshima and Nagasaki, he spoke about peace (emphasis mine):

Men since the beginning of time have sought peace. … Military alliances, balances of powers, leagues of nations, all in turn failed, leaving the only path to be by way of the crucible of war. The utter destructiveness of war now blots out this alternative. We have had our last chance. If we will not devise some greater and more equitable system, our Armageddon will be at our door. The problem basically is theological and involves a spiritual recrudescence, an improvement of human character that will synchronize with our almost matchless advances in science, art, literature and all material and cultural developments of the past 2,000 years. It must be of the spirit if we are to save the flesh.

The solution to human problems is spiritual. Mankind can’t solve any of them! It is amazing that a general would talk this way. This should have received much more attention. What a profound statement! (Request my free booklet ‘We Have Had Our Last Chance’ to learn more about MacArthur and about America’s betrayal of the Philippines during the war.)

“The military code … has come down to us from even before the age of knighthood and chivalry,” MacArthur said. “The soldier, above all other men, is required to perform the highest act of religious teaching—sacrifice. In battle and in the face of danger and death, he discloses those divine attributes which his Maker gave when He created man in His own image.”

MacArthur referenced Genesis 1:26: “And God said, Let us make man in our image, after our likeness ….” That is deep spiritual insight. God is re-creating Himself in human beings. We can have His very image, or character. God made us to be different from the animals. We are created not after the animal kind, but the God kind.

If the world understood this secret, they would have peace.

Here is the main source of the problem: “As for my people, children are their oppressors, and women rule over them. O my people, they which lead thee cause thee to err, and destroy the way of thy paths” (verse 12). The family is upside down! When men don’t lead their families, all of society suffers.

MacArthur really was a strong leader. MacArthur and his father are the only father-son team to each win the Medal of Honor, America’s highest honor. Talk about a strong family!

“Mankind has never been in this position before,” Churchill said. “Without having improved appreciably in virtue or enjoying wiser guidance, it has got into its hands for the first time the tools by which it can unfailingly accomplish its own extermination.”

The world should have listened to these men. They are scorned often today. But they were right.

“Death stands at attention, obedient, expectant, ready to serve, ready to shear away the peoples en masse; ready, if called on, to pulverize, without hope of repair, what is left of civilization. He awaits only the word of command.” Churchill went on to say that mankind is unteachable, moving from catastrophe to catastrophe without learning the cause.

Churchill warned Britain, America and the world throughout the 1930s as Hitler prepared to start World War ii. He was proven absolutely right. Leading up to this, however, almost everybody—all the elites, media, and academia—scorned him. His own Conservative Party was turning against him as he tried to switch them into emergency mode: “You are casting away real and important means of security and survival for vain shadows and for ease.” The world didn’t wake up to the Nazi menace until it was almost too late! (For more about Churchill’s warning and why it matters today, request my free booklet Winston S. Churchill: The Watchman.)

In 1939, British Prime Minister Neville Chamberlain adjourned Parliament from August 4 to October 3, which Churchill called a grave error of judgment. World War ii began on September 1 when Germany invaded Poland—while Parliament was on vacation! About a decade of warnings by Churchill went unheeded—until Britain was forced into war to defend Poland.

A Place of Peace

From the beginning of the time of man, God has warned that man’s system will never bring peace: “The way of peace they know not; and there is no judgment in their goings: they have made them crooked paths: whosoever goeth therein shall not know peace. Therefore is judgment far from us, neither doth justice overtake us: we wait for light, but behold obscurity; for brightness, but we walk in darkness. We grope for the wall like the blind, and we grope as if we had no eyes: we stumble at noonday as in the night; we are in desolate places as dead men” (Isaiah 59:8-10). Powerful words from the Prophet Isaiah! We are blind without God!

God and the Word—who later became the Father and the Son, Jesus Christ—have had peace for all eternity. They want to share their secret with us!

“The glory of this latter house shall be greater than of the former, saith the Lord of hosts: and in this place will I give peace, saith the Lord of hosts” (verse 9). Only a little remnant knows God’s secret. Only one place on Earth exists where the people have real peace, a type of what God will soon give to the entire world. He will restore peace forever on Earth and in all the universe! (To understand where the only place of peace is located today, request my free booklet Haggai: God Has Begun to Shake the Nations.)

“Now go, write it before them in a table, and note it in a book, that it may be for the time to come for ever and ever: That this is a rebellious people, lying children, children that will not hear the law of the Lord: Which say to the seers, See not; and to the prophets, Prophesy not unto us right things, speak unto us smooth things, prophesy deceits” (Isaiah 30:8-10). This prophecy applies to Isaiah’s time and to this end time, so Isaiah wrote it down twice.

During the coming Great Tribulation and the Day of the Lord, God will preserve in a place of protection those who proclaim the warning message today: “And when the dragon saw that he was cast unto the earth, he persecuted the woman [the Church of God] which brought forth the man child. And to the woman were given two wings of a great eagle, that she might fly into the wilderness, into her place, where she is nourished for a time, and times, and half a time, from the face of the serpent” (Revelation 12:13-14).

Christ says that if He didn’t intervene to stop what is happening here on Earth, there would be no flesh saved alive (Matthew 24:21-22). Every last human would die in a nuclear holocaust! That is a terrible, terrible thing.

But think about this: All of this is leading directly to the Second Coming of Jesus Christ!

‘We Have Had Our Last Chance’ 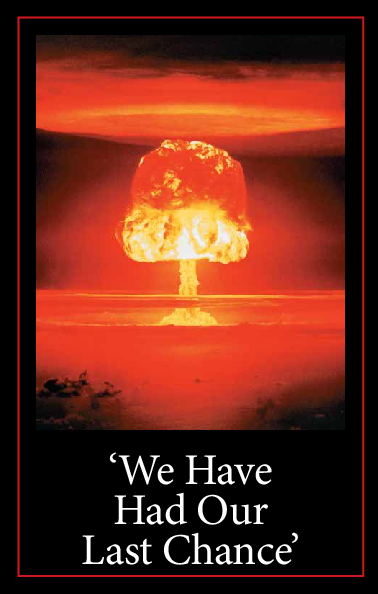 It has often been said that those who fail to learn from history are destined to repeat it. In this concise, hard-hitting booklet about Gen. Douglas MacArthur and World War II, lessons abound. But have we learned from those lessons?

Haggai: God Has Begun to Shake the Nations 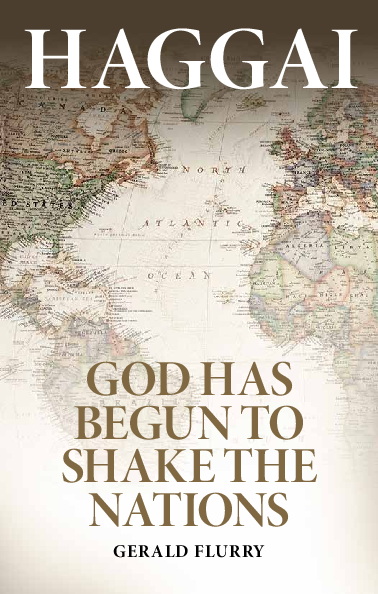 Jesus Christ is the living Head of His true Church. He speaks to it through new revelation. God has now revealed a physical sign which shows that He has started shaking the nations. He won’t stop until every person on Earth knows the true God!Fasten your seat belt for the worst ride of your life!At the same time, God’s very elect are going to have an inspiring, joyful experience beyond what man can even imagine—concluded by the greatest event ever to occur in the universe, the return of Jesus Christ! 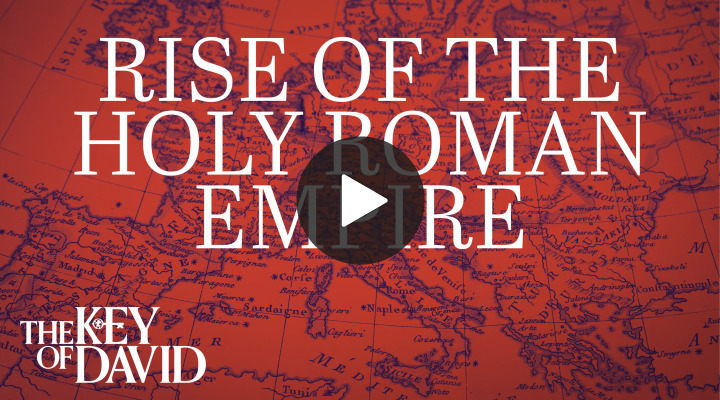 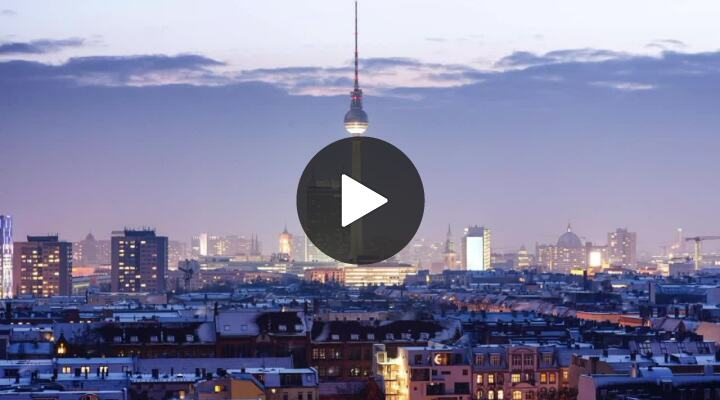 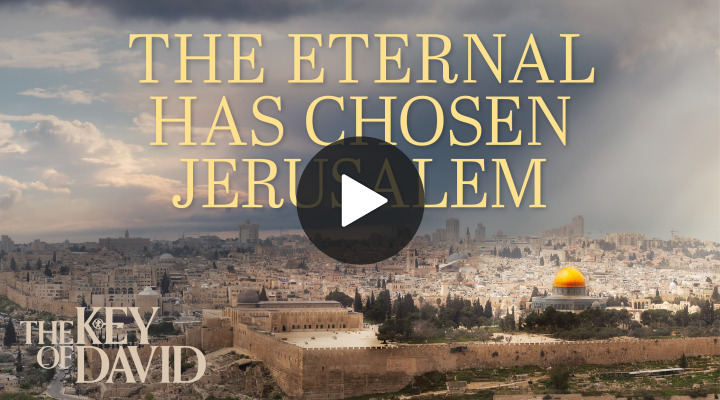 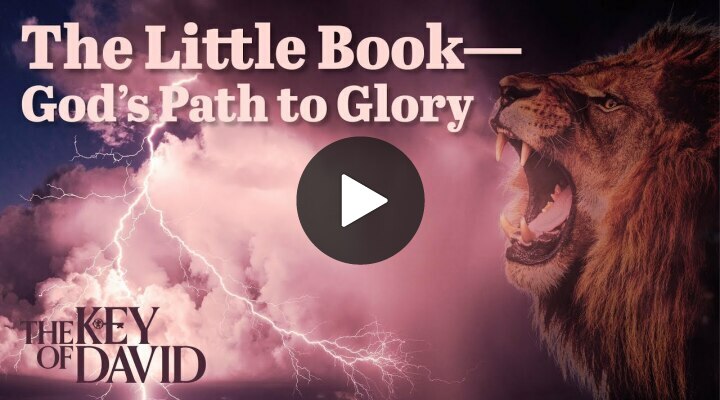 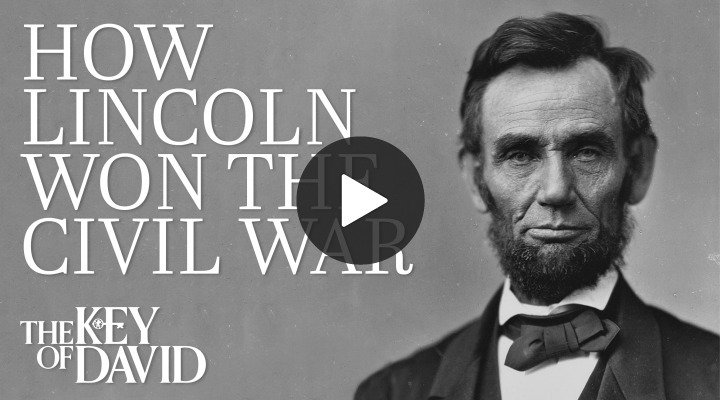 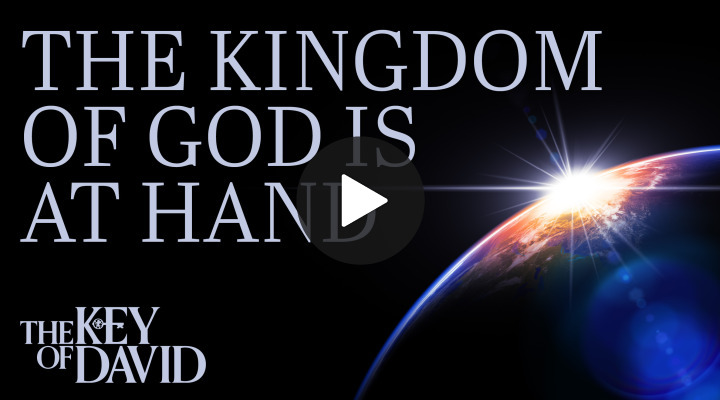 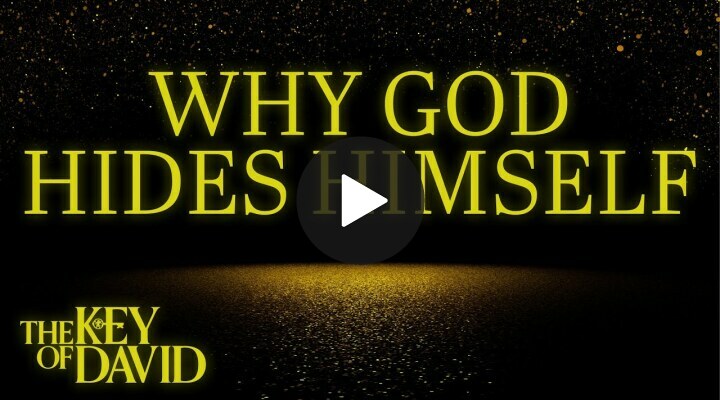