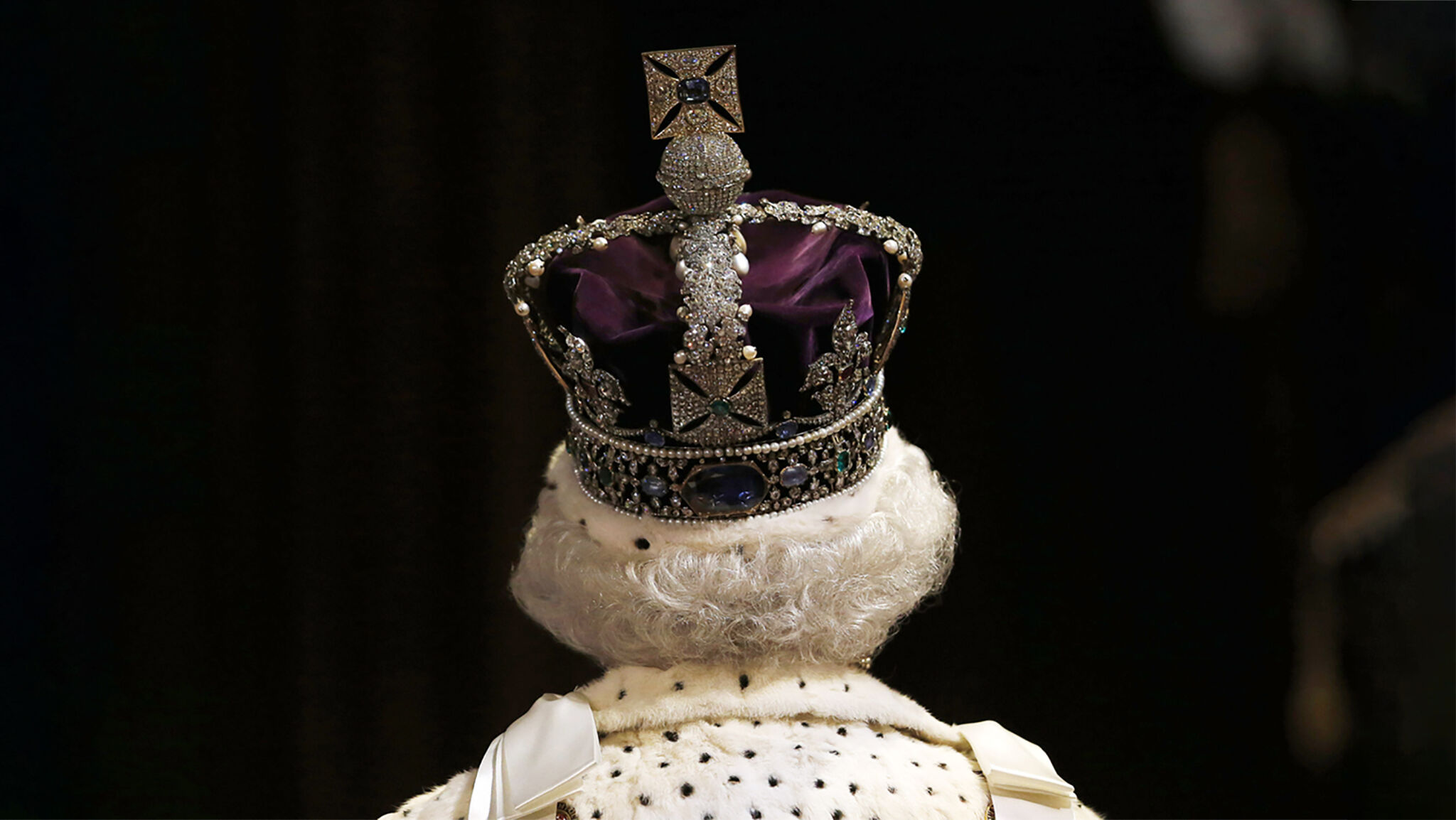 This coming February 6, Elizabeth ii will have been queen for 70 years. She’s the longest-reigning ruler in British history and in the world today. She has been a remarkable example of class, duty and service to her people. Sadly, she represents an era in British history that is virtually gone.

And she is now 95 years old. Health issues beginning in October have kept her from public engagements. In November, she missed the traditional ceremony at the Cenotaph on Remembrance Sunday. Many people are concerned.

“[T]he Queen is an irreplaceable constant in the life of the British nation,” British journalist Melanie Phillips wrote. “Her public appearances aren’t just the exercise of her role as the symbol of the nation. As so many feel so viscerally, she is the nation. … With her unrivaled sense of duty, her stoicism and her emotional restraint, many see in the Queen the embodiment of a Britain whose cultural identity is inexorably fraying. Many feel in their bones that when the Queen eventually passes, Britain will just not be the same. Despite the fact that the monarchy will continue, something of infinite value will have been lost” (Oct. 29, 2021; emphasis mine).

Royal biographer Penny Juror told Town & Country that Queen Elizabeth’s death would be “traumatic” for Britain. “The Queen is such a tremendously popular figure and during the course of her reign, so much has changed so dramatically. There’s not an aspect of life that hasn’t changed, but the one constant in the midst of this has been the Queen, the rock-solid thing we can hang on to.”

When Queen Elizabeth dies, Prince Charles is to become king. What will happen then?

YouGov polling shows the Queen has the highest favorability rating of any member of the royal family, at 72 percent, followed by her husband, who died last spring. Prince Charles’s favorability is only 45 percent, and his wife’s is 33 percent. Among millennials, those numbers are 33 and 25 percent. The family has been plagued by scandals, including Prince Andrew’s disgraceful conduct and Prince Harry’s disgraceful abdication of his royal role and duties. Outrageously, many people consider the monarchy a racist institution, and Prince Harry has publicly and shamefully agreed.

When the Queen is gone, what will remain of the royal reputation? What role will the royal family play in Britain’s future?

The Queen is recognized as head of state in 15 countries outside the United Kingdom out of 54 countries that make up the British Commonwealth. There are strong movements in Canada and Australia to break from the British crown. Scotland is also trying to leave the UK. Barbados renounced the monarchy on Nov. 1, 2021. Jamaica could be next. How much would a rule by King Charles accelerate this trend?

Believe it or not, that empire was specifically prophesied in the Bible! It fulfilled a promise God made to the patriarch Abraham and confirmed to his grandson Jacob, whom He renamed Israel, in Genesis 35:11: “[A] nation and a company of nations shall be of thee, and kings shall come out of thy loins.” As Herbert W. Armstrong proved in The United States and Britain in Prophecy, that “company of nations” was the British Empire. At its peak, that empire had immense wealth and power. It controlled one quarter of the world’s land and ruled 1 in 5 people on Earth!

God gave Britain that empire! But the same God who did that also warned that it would collapse if the people rebelled against Him. That has happened. When Elizabeth took the throne in 1952, the British Empire was in the early stages of its descent. Under her rule, it has shrunk from empire to commonwealth to a less and less relevant second-rate power. Britain is also far more morally degenerate than it was 70 years ago! This fall will accelerate under the Queen’s successor.

The Bible foretells the dramatic fall of Britain and America in the end time. It warns that what follows is an extremely dark, violent period—one we already see building in the world today!

People today think nothing of tossing aside an institution that has anchored British life for over a thousand years!

Amazingly, God also had a direct hand in the longevity of the British monarchy.

In 2 Samuel 7:12-16, God promised to establish the throne of King David and to ensure it would have an unbroken dynasty of royal descendants forever. Other prophecies show that throne will eventually transfer to Jesus Christ Himself! (Isaiah 9:7; Luke 1:32).

The United States and Britain in Prophecy shows how God preserved that throne in the kingdom of Judah—then, fulfilling the prophecy of Ezekiel 21:27, overturned it three times: first by moving it to Ireland through the Prophet Jeremiah, then to Scotland about a thousand years later, then later to England. You can follow that royal line through history, along with the movements of the stone of destiny, the stone over which British monarchs have been crowned since Edward i captured it and moved it to Westminster Abbey in 1296.

Yes, Queen Elizabeth ii was crowned on David’s throne! Her coronation in 1953 was filled with evidence of this inspiring biblical history. She was coronated over the stone of destiny. The anthem “Zadok the Priest” was sung, with words from 1 Kings 1:38-40 describing the coronation of David’s son Solomon. The priests presented her with a Bible, which they called “the most valuable gift this world affords.” The archbishop said, “These are the lively oracles of God,” and then he read God’s instructions to monarchs in Deuteronomy 17. The new queen was anointed with holy oil. She was dedicated to God.

You can be sure the next coronation will be very different from the one 70 years ago! The remaining members of the royal family have rejected the Bible! Britain no longer respects such traditions, or the Bible, or God!

Anciently, Israel wanted a king so they could be more like the nations around them (1 Samuel 8:4-5). Today, many in the British Commonwealth want to eliminate the monarchy for the same reason!

Prince Charles said in 1999 that if he were to take the throne, he would want to assume the official title not as “Defender of the Faith” as generations of monarchs did before him, but “Defender of Faith”—protecting all faiths in Britain. This sounds righteous to a lot of people today. Modern society believes the lie that “diversity is our strength.” But look at the disastrous results of such thinking. It has left Britain faithless, materialistic, divided and vulnerable to foreign extremists. Britain has lost its faith in God and king, and abandoned its moral foundation! The Church of England has surrendered its moral authority, loosening its standards on every issue—women in the clergy, premarital sex, homosexuality. The monarchy, rather than working to prevent the moral slide and uphold godly standards, has watched it happen and even encouraged it! The royal family, including the man who should be the next king, has been caught up in terrible moral scandal. British society has suffered immeasurably as a result. These trends are certain to intensify when Queen Elizabeth dies.

But God has a plan for correcting this problem, and He’s already put it in place!

Hosea 3:4 has this important end-time prophecy about the Great Tribulation, a time of terrible suffering that precedes Jesus Christ’s Second Coming: “For the children of Israel [referring to Britain, America and the Jewish state of Israel] shall abide many days without a king, and without a prince, and without a sacrifice, and without an image …”—which is referring to Jacob’s pillar stone.

During the Tribulation, Britain will no longer have a king or even a prince! How do you square that with God’s promise that David’s throne would never lack a man sitting on it? (Jeremiah 33:17). God has fulfilled that promise for some 3,000 years—but right at the end will come a point when that king, and that stone, will not be there! This awaits Britain in the time just ahead! Many other prophecies show that nation will be defeated and its people taken into captivity!

Here is what I wrote about these verses in my book The New Throne of David (free upon request): “By the time this prophecy is fulfilled, Britain will have been conquered by the Holy Roman Empire. The British lose their king, and they lose their stone (a symbol of David’s throne) …. What does this mean? God promised to continue that throne forever, yet here we see that suddenly there is no king and no stone, and the prophecy doesn’t even say where they are. During the Tribulation, the king will probably be dead! Jacob’s pillar stone will be lost; we don’t know what will happen to it, but it could be destroyed.

“If no one sits on David’s throne, God will have broken His promise!”

Anyone who sees this happen, if he knows anything about God’s promises regarding David’s throne, would have to think that God did break His promise.

But God never breaks His promises!

“The truth is, by the time this prophecy is fulfilled, the throne in Britain is no longer David’s throne!” my book says. “Even before Britain loses its king and stone, the British throne is no longer the throne of David, or God’s promise is broken.

“Hosea’s prophecy shows that before the Tribulation, God must have a new stone and a new king—a new throne. Otherwise He could not allow Hosea 3:4 to happen. How else can you explain what is going to happen in Britain?”

This book goes through several prophecies and biblical passages that explain this electrifying truth. God has moved the throne of David out of Britain. So the throne on which Queen Elizabeth sits, and on which her successor will sit, is actually no longer that throne of David.

Three years ago, I wrote in that book, “Think about this: If Britain no longer has the throne of David, this strongly indicates that Britain is going to go down rapidly! How could it be otherwise? This is a great condemnation by God against that people!”

I believe that when the Queen dies, that will accelerate Britain’s demise. We are about to see a sad ending for that throne, which is no longer David’s throne.

I want to encourage you to study the truth about the new throne of David! Amid all the bad news in this world, this is very inspiring truth! It shows how God is watching over these events closely. It also shows just how close we are to the return of Jesus Christ, when He comes to claim His rightful place on that throne of David!

The New Throne of David
A dramatic change in how God is handling this throne shows how soon Jesus Christ Himself will be sitting on it!
From The January 2022 Philadelphia Trumpet
View Issue FREE Subscription
Next
Previous