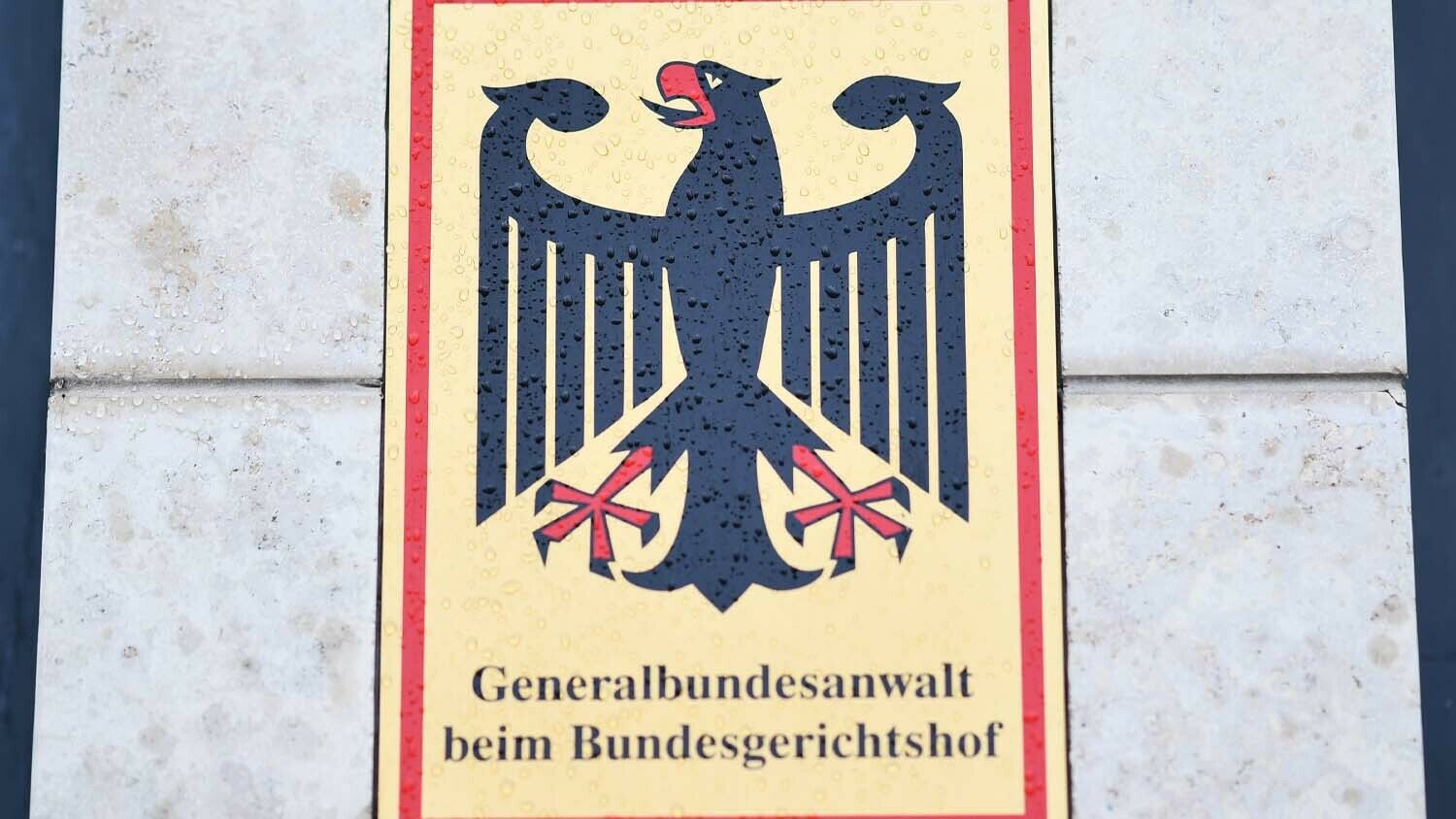 A sign for “Attorney General in the Federal Court of Justice” hangs at the entrance to the federal prosecutor’s office in Karlsruhe, Germany.
Uwe Anspach/picture alliance/Getty Images

Will its Nazi past ever stop haunting modern Germany?

Historian Friedrich Kiessling and criminal lawyer Christoph Safferling have investigated the history of Germany’s Federal Prosecutor’s Office. The reappraisal study commissioned by the attorney general vividly shows how the office was staffed by former National-Socialist party members and lawyers from the Nazi judicial apparatus. Many in Germany would rather this past remain buried and move on. But the findings not only condemn Germany’s past, but are also a chilling warning for us today.

Following the book release on November 17, Germany’s Tagesspiegel noted that the higher one worked in the service of the prosecutor’s office, “the stronger the Nazi involvement” was. The Federal Prosecutor’s Office had been a “special challenge,” according to Kiessling and Safferling. In recent years, other security agencies and ministries had their Nazi legacy in the postwar period scientifically reviewed, but the prosecutor’s office remained locked.

Tagesspiegel noted in “The Nazi Legacy of the Federal Prosecutor’s Office”: “For the investigation, which illuminates the years 1950 to 1974, the Office of the Attorney General has for the first time granted access to personnel, general and procedural files, some of which are classified as confidential or secret.”

Between 1953 and 1959, about 75 percent of the staff in senior positions were former National-Socialist members. Among federal prosecutors responsible for criminal prosecution in 1966, the investigators counted 10 out of 11, or 91 percent. The last federal prosecutor incriminated by his Nazi membership is said to have left the service in 1992. “After 1945, it is well known the German judiciary in postwar Germany was heavily riddled with former Nazi lawyers. But the true extent is only now gradually coming to light,” Taggeschau.de wrote.

Taggeschau also highlighted an example of the study that shows how the Nazi past affected judgments of the government agent. In the Spiegel affair of 1962, Der Spiegel had been extremely critical in its reporting on the armaments policy of Franz Josef Strauss, the German defense minister at the time, basing its reporting on leaked information. Those responsible at Der Spiegel were accused of treason. At the instigation of the Federal Prosecutor’s Office, editor Rudolf Augstein was taken into custody. According to Safferling, this marked an unprecedented attack on the freedom of the press.

The study also found that in the 1950s and early 1960s, the Office of the Attorney General devoted itself to the prosecution of Communists, “an almost seamless continuation of what they had already practiced under National Socialism.”

“The Federal Prosecutor’s Office conducted thousands of investigations and obtained a three-digit number of criminal convictions by the Federal Supreme Court,” Tagesschau.de reported. “In contrast, the prosecution of National-Socialist perpetrators was rather low.” This is shocking since soon after World War ii Germany was commissioned to “denazify themselves.” But how could an institution infested with Nazis ever properly do so? It’s no wonder right-wing extremism continued to flourish in postwar Germany.

While some emphasize that we’re talking about “former” Nazis, Kiessling and Safferling write: “However, the large and long office continuity as well as the high number of formally incriminated officials certainly show one thing: There has not been a break, even a conscious break with the Nazi past, even in the case of the Federal Prosecutor’s Office.” The authors highlighted Wolfgang Fränkel, who lost his job as attorney general after only a few months in office in 1962, as an example. Fränkel worked on dozens of death sentences as a so-called auxiliary employee of the Reich Prosecutor’s Office in Leipzig between 1936 and 1943. According to the research of Kiessling and Safferling, Fränkel was responsible for at least 30 death sentences.

This unbroken Nazi heritage is something we’ve been warning about since the close of World War ii. Plain Truth editor in chief Herbert W. Armstrong warned on May 9, 1945, in our predecessor magazine:

Mr. Armstrong’s Bible-based warnings were ignored. But it is about to get much worse. Revelation 17:8 warns, “The beast that thou sawest was, and is not; and shall ascend out of the bottomless pit, and go into perdition: and they that dwell on the earth shall wonder … when they behold the beast that was, and is not, and yet is.” This “bottomless pit” actually means “underground,” as Trumpet editor in chief Gerald Flurry explains in Germany and the Holy Roman Empire. “That’s where the Nazis have been since before the end of World War ii.”

That is a chilling warning—one that you must take very seriously.