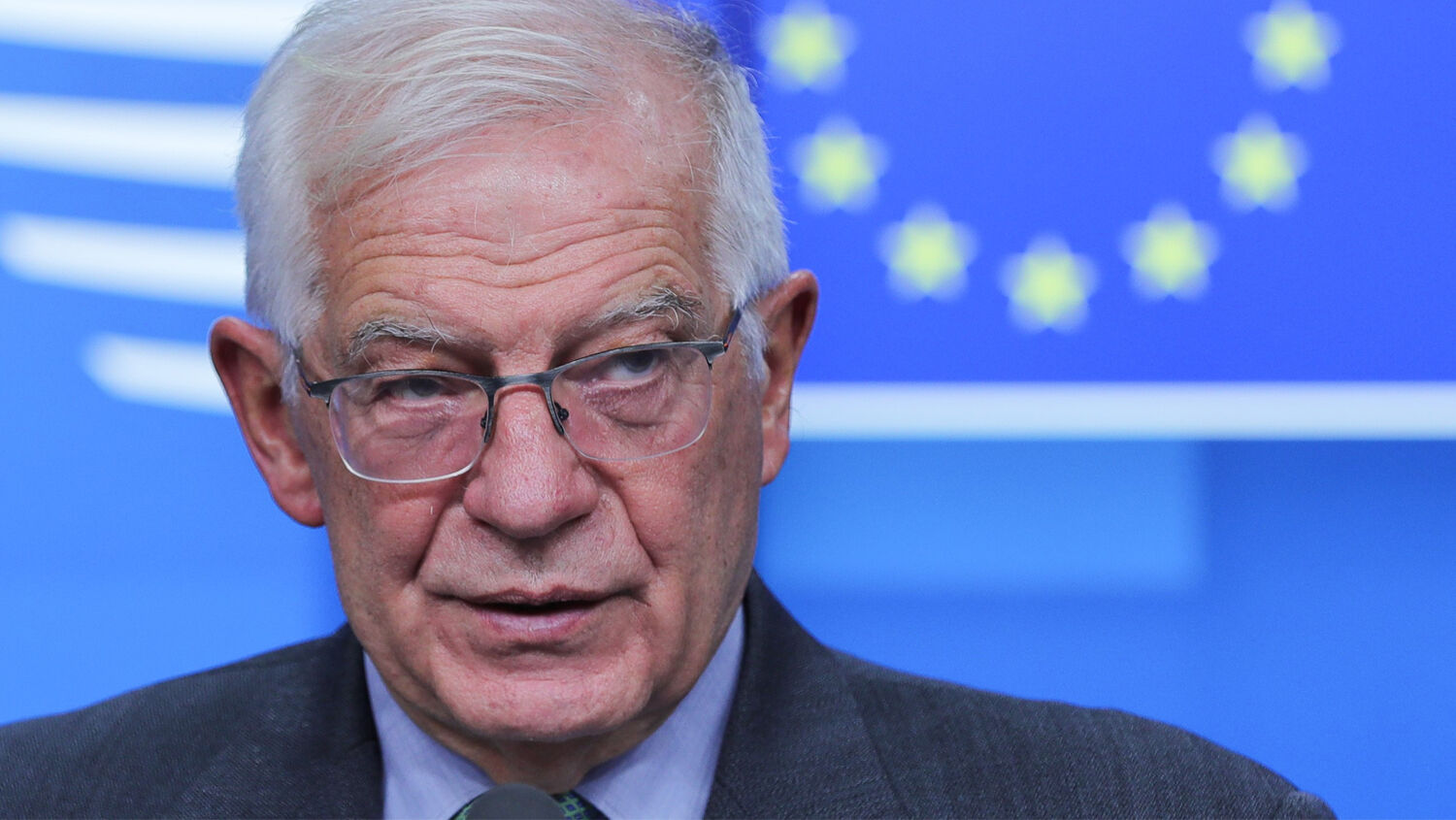 European Union Foreign Policy Chief Josep Borrel presented a “Strategic Compass” defense plan, drafted at the request of the European Council. In his article published on November 12, Borrel stated that the success of the resolution depends primarily on “political will.” Following the disastrous evacuation from Afghanistan, Europe is increasingly developing the will to act. But the EU’s principle of unanimity continues to provide challenges that Borrel hopes to solve.

“Gone are the days when peace and war constituted two clearly distinct states,” Borrel wrote. “We are and will increasingly be confronted with hybrid situations that require a broad range of defensive assets.” His proposed solution is that the EU should focus its efforts on, in addition to military forces, “cyber, maritime and space security.”

According to Borell, “the Strategic Compass proposes an EU capacity for rapid force deployment across the entire spectrum of actions envisaged by EU treaties.”

“EU states are considering building up their own force of up to 5,000 soldiers by 2025 in order to become militarily more independent of the United States,” Germany’s n-tv noted (Trumpet translation throughout).

While most observers can see that the ultimate goal is an independent military, Borrel claimed that “this effort in no way contradicts Europe’s commitment to nato, which remains at the heart of our territorial defense.” However, he stated, “This commitment should not prevent us from developing our own capabilities and conducting independent operations in our neighborhood and beyond ….”

Two decades ago, the EU agreed to build up a rapid reaction force, but the ideas were never implemented. Knowing full well that prior plans failed, Borrel stated: “Above all, we need political will (without which nothing is possible) and operational efficiency (without which everything is pointless).” He clarified that he doesn’t question the “principle of unanimity,” but sees a possibility “to act creatively by activating certain provisions such as constructive abstention or Article 44, which allows for the creation of coalitions approved by the European Council.”

Instead of having all 27 member states agree on military action, Borrel hopes that smaller groups can act more independently. This kind of reasoning finds great approval among EU leaders. European Council President Charles Michel said on September 1: “In my view, we do not need another such geopolitical event to grasp that the EU must strive for greater decision-making autonomy and greater capacity for action in the world.”

In a 2019 interview with Die Wirtschaft, former German Defense Minister Karl-Theodor zu Guttenberg said “one really crucial factor” needs to change before Europe can truly unite in a powerful way: “the principle of unanimity in foreign and security policy issues.” At the moment, just one country can block the EU from making a decision on these issues.

“France, with Emmanuel Macron, has already taken the lead in this debate,” Guttenberg noted. “I would like to see more impulses coming from Germany. However, one would have to overcome some understandable historical complexes.”

“According to Karl-Theodor zu Guttenberg,” reported Die Wirtschaft, “Europe must quickly move closer together and show strength—also militarily.” This provides crucial insight into where Europe is heading.

In August 1978, Plain Truth editor in chief Herbert W. Armstrong wrote: “The Europeans are far more disturbed about their safety in relying on United States military power to protect them than Americans realize! … Europeans want their own united military power! They know that a political union of Europe would produce a third major world power, as strong as either the U.S. or the ussr—possibly stronger!”

In “Who Will Command Europe’s Armies?” Trumpet editor in chief Gerald Flurry noted:

The stark reality is, without such a man in charge, Europe will never become the superpower it wants to be. As much as they talk about building a unified military, the EU as currently constituted cannot rise to the intensifying challenges of a post-American world! …

Europeans are facing great crises and they need strong leadership. That has to come from Germany, which dominates and even domineers Europe today. They are the powerhouse.

The Bible reveals that various European nations will unify to form a military empire. Revelation 17 speaks of “ten kings, which have received no kingdom as yet; but receive power as kings one hour with the beast” (verse 12). In “Europe Is About to Be Hijacked,” Mr. Flurry noted after quoting this verse: “We must understand how the Afghanistan debacle is hastening that change. It is helping that alliance of 10 kings to coalesce and catalyze the formation of a biblically prophesied European empire!”

I encourage you read Mr. Flurry’s article “Europe Is About to Be Hijacked” to understand the full prophetic context of the events that we see happening today. In reference to a prophecy in Daniel, Mr. Flurry wrote: “The ‘king of the north’ today lies in Europe, and at the heart of Europe is Germany. This is the power we must watch closely.” Isn’t it interesting that when Guttenberg called for an EU army, he also called on Germany to take the lead? He knows where the real power is.

Currently, Europe is struggling to form a united military, but its leadership realizes the political will is lacking. The Trumpet and its predecessor, the Plain Truth, have prophesied about this, noting that Germany will rise to fill the void—just as prophesied in the Bible. For more than a decade, Mr. Flurry has pointed to Karl-Theodor zu Guttenberg as the most likely man to become Europe’s leader. As crises intensify, will European leaders call on him to provide the “political will” to unite them? Time will tell. But as you watch world events hasten toward their prophesied end, remember the Trumpet’s warning.