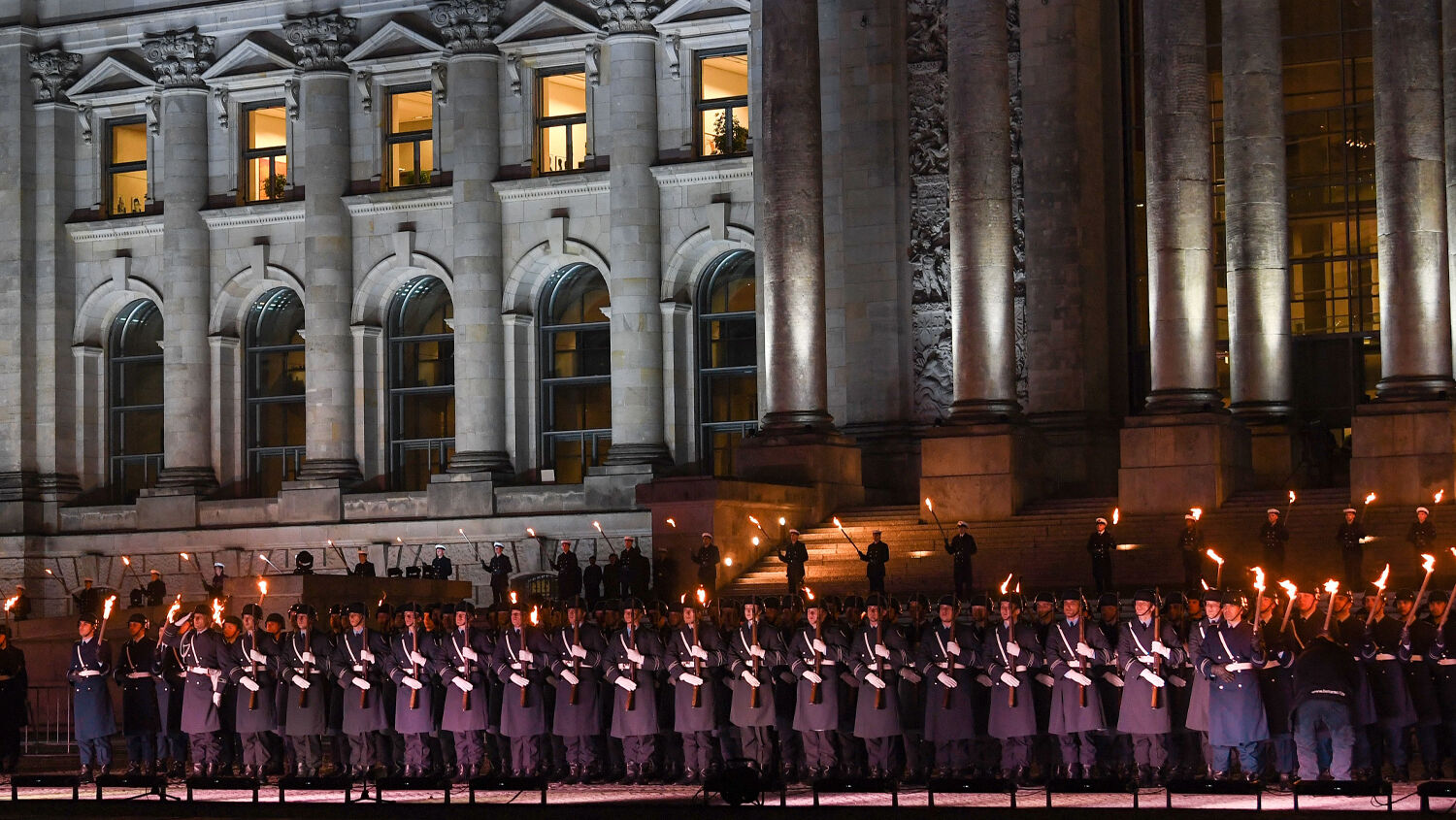 Members of the German armed forces march in front of the Reichstag building.
CHRISTOF STACHE/AFP via Getty Images

After Afghanistan, Europe is urgently realizing that it needs its own independent military. More than ever people demand a European army. But who will command this army?

This important question has been shockingly missing from the debate!

No European president has the executive powers to lead such an army. When crises escalate and the United States isn’t there to help, Europe is helpless.

This desperate need for leadership leaves the door wide open for a strongman to take control.

The stark reality is, without such a man in charge, Europe will never become the superpower it wants to be. As much as they talk about building a unified military, the EU as currently constituted cannot rise to the intensifying challenges of a post-American world!

Meanwhile, Germany is leaderless. Angela Merkel, the most respected leader in Europe, is about to be replaced. But Germany’s recent election produced a deadlock! “The Germans Face Months of Uncertainty After Knife-edge Election,” the Times of London reported. It could be some time—perhaps months—before Germany, the strongest nation in Europe, has a new government. And even then, the governing coalition is certain to be brittle and frail. And whoever is Germany’s next leader won’t enjoy nearly the same prestige Ms. Merkel did.

We must closely follow German politics! A Bible prophecy that we have highlighted for years is about to be fulfilled! Europe desperately needs leadership, and one man is prophesied to take advantage of that desperate state.

Daniel 11:21 reads, “And in his estate shall stand up a vile person, to whom they shall not give the honour of the kingdom: but he shall come in peaceably, and obtain the kingdom by flatteries.”

This prophecy talks about a modern-day Antiochus Epiphanes. Antiochus was a king of the Seleucid Empire in the second century b.c. Daniel’s prophecy, however, is for the end time. This modern-day Antiochus is going to hijack and gain control of what is going to quickly become a powerful Holy Roman Empire. He will usurp control from those who might have had more noble ideas about that empire. He will use Europe’s desperation to rally its armies behind him for a most evil cause.

Anciently, men were off guard and Antiochus took advantage of them. He pretended to be someone he was not and obtained office through flatteries and deceit. This is a pattern we need to watch for in the modern “king of the north.” Moffatt says this “vile person” is “a despicable creature.” This wicked man is going to gain control.

How could this happen in the countries of Europe?

Europeans are facing great crises and they need strong leadership. That has to come from Germany, which dominates and even domineers Europe today. They are the powerhouse.

In the end, 10 kings will give all their military to one man, and it will be a superpower that will shock the world! We certainly believe there will be one supreme king over 10 kings. (There is a slight possibility that there could be just 10 kings total and that the leadership would come out of Germany.) But whether this prophesied ruler will hold a position in Germany or not, he will rule Germany and the rest of this European conglomerate.

The desperate state in Europe is going to produce a magnificent opportunity for somebody to assume power through deceit and flatteries. There is an opening there. Even though they vote their leaders in, they could agree to have one man rule over all of them and give all of their military might (even France’s nuclear bombs) to that overarching power. Suddenly they would not only be a superpower but also a nuclear power with nuclear submarines!

A European superpower will emerge as soon as they have the leadership to bring it about! How it will unfold is explained in detail in our free booklet A Strong German Leader Is Imminent. It is more urgent than ever that you study this booklet and watch prophecy be fulfilled before your eyes!