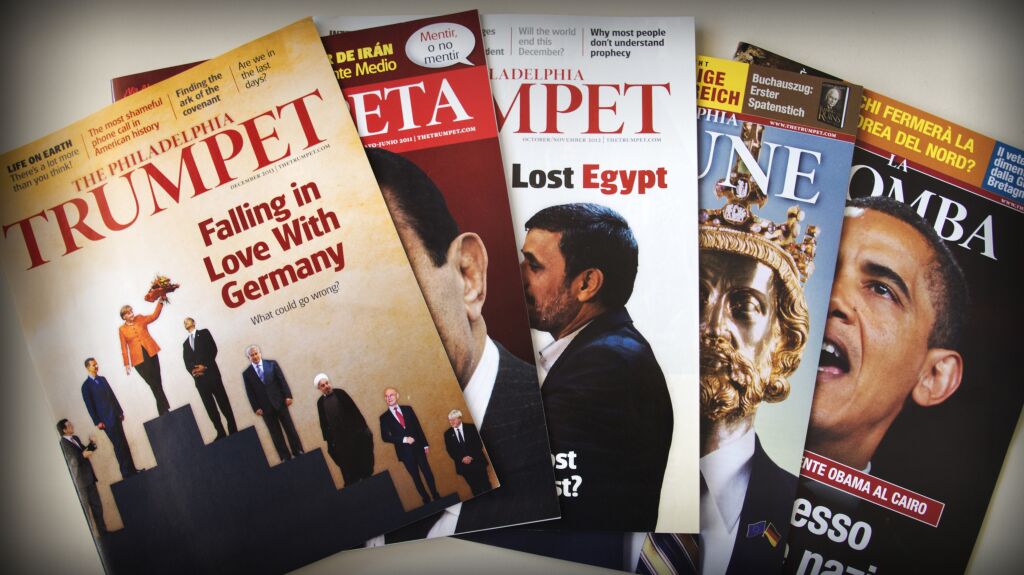 Some of you have been reading the Trumpet for years. New subscribers, however, might wonder how this magazine is funded. After all, there is no subscription price—no advertising revenue—no commercial corporation sponsorship. Yet, obviously, it does cost money—in fact, quite a lot of money—to produce a publication of such quality. Here is how we do it:

We give—then God gives back.

This world’s whole approach to life is based on the way of get—of vanity, selfishness, competition, lust and greed. Satan is responsible for broadcasting this get way of living. As the god of this world, he transmits his self-centered philosophy into the minds of men (II Cor. 4:4; Eph. 2:2; Rev. 12:9).

God’s approach, on the other hand, is the way of give—of cooperation, sacrifice and service. He promises to reward those who practice this principle.

In Matthew 10:8, Jesus said, “Freely you have received, freely give.” In Acts 20:35, Paul quotes Jesus as saying, “It is more blessed to give than to receive.” These scriptures mean that God will back financially—to an almost unbelievable extent—any individual or institution that relies solely on His direction.

That, as simplistic as it might sound, is the secret to our success.

Herbert W. Armstrong built a work with an income of $200 million annually. It started literally from nothing. He wrote about this in his autobiography: “From that moment when we began to rely solely on God not only for financial support, but also for guidance, direction, and results, the work began a phenomenal yearly increase of nearly 30 percent for the next 35 years. It doubled in size, scope and power on the average of every 22/3 years. It multiplied eight times every eight years—64 times in 16 years.”

We have followed his example of giving.

Ten years ago, I was disfellowshiped from the Worldwide Church of God (wcg) for holding fast to the traditions and teachings of Herbert W. Armstrong. (The wcg began changing Mr. Armstrong’s teachings after he died in 1986.) Suddenly, I found myself without a job or a congregation, and with no money. Yet the work of service that Mr. Armstrong started had to be finished.

The Trumpet was first published in February 1990, two months after my firing. Actually, it was more like a typed newsletter than a quality magazine. Photocopies were mailed to a couple hundred addresses. Like Mr. Armstrong, I made no request for contributions—freely proclaiming this give way of life.

Eventually, a handful of readers joined in the cause voluntarily and supported my efforts. Through the unsolicited tithes and offerings of these few people, the work began to grow. Gradually, more people wanted to become part of this unique and needed work. In 1991, the work’s income more than doubled in size, compared to its first full year of operations.

By 1992, I began preaching God’s principle of give over the airwaves, via radio—then television in 1993. At that point, the work that began with less than $100 had become a multi-million dollar operation. Growth has been steady and continuous ever since. Key of David viewers and Trumpet readers from all around the world have joined in this crusade of service.

To put a price on our magazine would be inconsistent with the very principle upon which it is based. Our whole work advocates the way of give. So the Trumpet has always been offered freely—without a subscription price.

Yet it does cost money. It is funded and supported by a growing number of co-workers who believe in the cause and gladly give of their incomes to support it.

Our co-workers join together in thanking you for giving us the opportunity and pleasure of serving you!