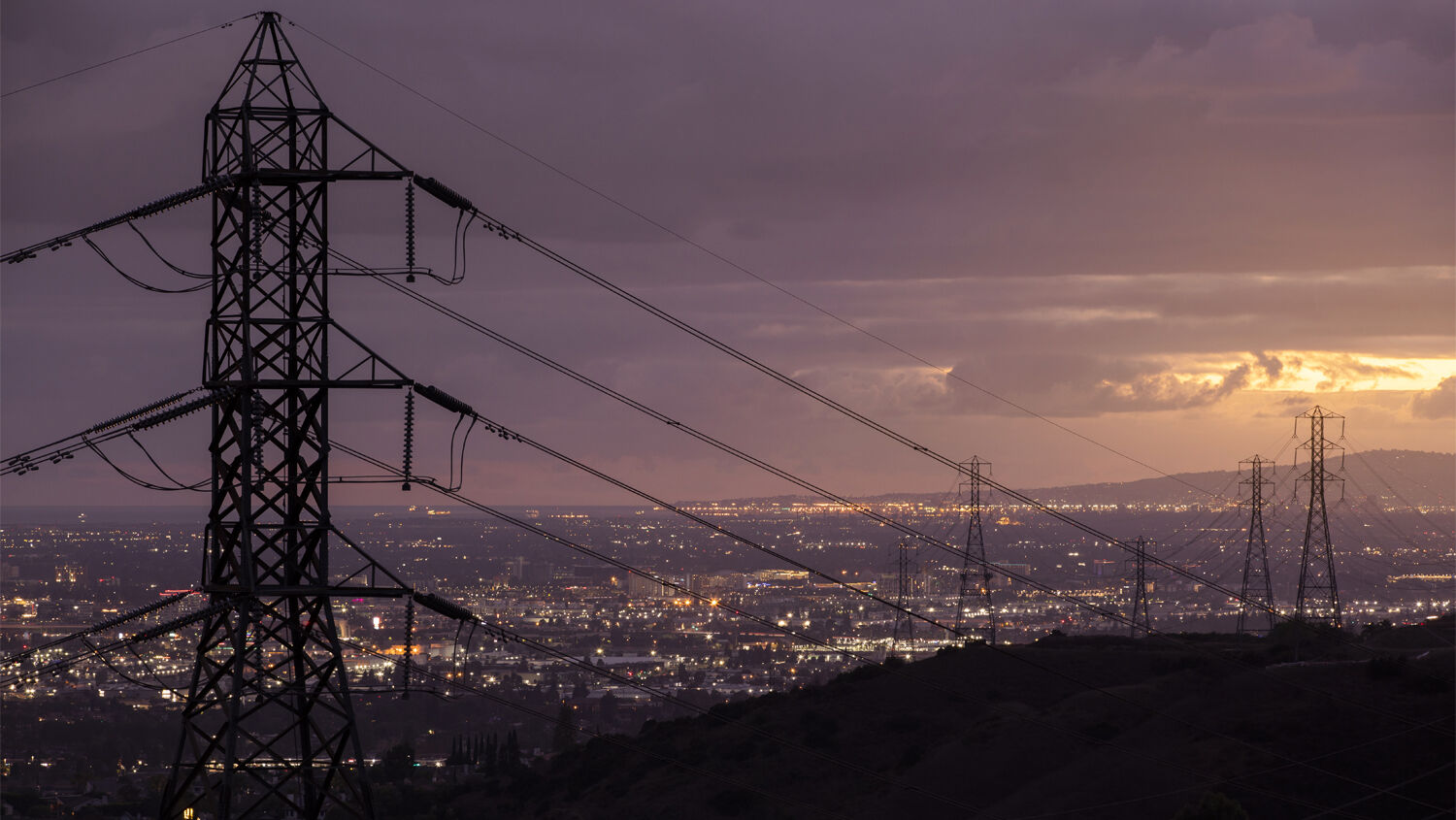 Radical environmentalists have designed their agenda to destroy the remaining rights of everyday citizens like you.

The two most powerful Catholics in the world just discussed two of the most dangerous issues in the world. These issues are dangerous because they are being exploited by powerful people.

Joe Biden visited Pope Francis at the Vatican on October 29. We don’t know exactly what was said; even before the two greeted each other, the Vatican ordered all cameras turned off. But it has emerged that they discussed two issues that elites have exploited more than any other: the climate and covid-19.

Biden and those behind him, including Barack Obama, are already trillions of dollars deep into leveraging these concerns to fundamentally transform the United States. Their infamous Build Back Better plan spends $555 billion on new grants and loans to entice or force businesses and consumers to switch to energy technologies like wind and solar power. This is the most significant climate bill in history, so Biden is eager to use it to bolster his status at the 26th United Nations Climate Change Conference now underway in Glasgow, Scotland. He, Obama, Prince Charles, activist Greta Thunberg and roughly 25,000 other attendees are being hosted by the United Kingdom and Prime Minister Boris Johnson.

Many elites are excited about the Build Back Better plan. But in addition to threatening your individual freedoms, it will continue to worsen the already escalating energy crisis. U.S. oil prices have climbed above $85 per barrel for the first time in seven years, causing gasoline prices to soar to nearly $3.40 per gallon nationwide. European factories are shutting down due to the soaring cost of natural gas. Some investors are even warning that energy shortages could cause riots to break out across the globe.

Yet Biden’s response is to shut down more pipelines and build more windmills.

“We’re going to end up with a real shortage of energy,” Blackstone ceo Stephen Schwarzman told cnn. “And when you have a shortage, it’s going to cost more. And it’s probably going to cost a lot more. You’re going to get very unhappy people around the world in the emerging markets in particular, but also in the developed world.” When that happens, he said, “you’ve got real unrest.”

Schwarzman explained that a big reason for the energy crisis is that it is getting harder for fossil fuel companies to fund drilling projects in the U.S. under Biden’s agenda for reducing greenhouse gas emissions by 50 percent in the next decade. He has issued several executive actions suspending leases for oil and gas production. This keeps energy production down while the UN tries to force the world to also switch over to wind and solar power. (Meanwhile, they allow the world’s biggest polluter, China, to basically ignore such limitations.) This forces Americans and others to rely on baseload power sources that are known to be expensive, unreliable, and prone to failure (attested most recently by 2020’s rolling blackouts in California and this past winter’s power failure in Texas).

“Biden may soon have to choose between his climate policy and his overall national strategy,” wrote Walter Mead in the Wall Street Journal. “The problem is not just that the energy shortage and price surges threaten to drive a wedge between green activists and middle- and working-class voters struggling with high energy bills—though that is a problem, and voter dissatisfaction with gasoline prices will likely take a toll on the president’s approval ratings. … The real problem is that the green agenda as currently conceived is an effective machine for undermining the economic and political power of the democratic world and boosting the influence of precisely the authoritarian powers President Biden has made it his mission to oppose. By artificially depressing fossil-fuel production and investment in the democratic world faster than renewables and other fuels can fill the gap, Biden policy promotes a multiyear, multitrillion-dollar windfall for countries like Russia, Iran and Saudi Arabia.”

This academic correctly deduces that American policymakers will have to give up on meeting the carbon reduction targets set by the UN if they want to avoid impoverishing the middle class and strengthening authoritarian countries like Russia, Iran and Saudi Arabia. But he has not considered the disturbing possibility that impoverishing the middle class and supporting authoritarian governments is the point.

It is a scientific fact that carbon dioxide, methane, nitrous oxide and other gases are insulating gases. Yet it is also a scientific fact that the insulating effects of these gases are not linear. The first 20 parts per million of carbon dioxide in the atmosphere produces more warming than the next 400 parts per million. This means that greenhouse gases have already warmed the atmosphere almost as much as they are capable of warming it. Yet the computer simulations used by the UN deliberately ignore these basic facts to make the threat of artificial climate change appear worse than it is in reality. (Please reference the Heartland Institute’s “Critique of the U.S. Global Change Research Program’s 2017 Climate Science Special Report” for a more complete expose of academic fraud in the climate change debate.)

Biden and Obama are pushing green solutions that destroy the middle class and empower dictators to solve the essentially nonexistent threat of artificial global warming. They and others are fixating on global warming as the greatest threat to humanity even though no scientific evidence supports their conclusions and the Bible reveals that natural disasters are actually sent by God to correct humanity. Why?

To understand, it helps to remember that Obama once taught a class on Saul Alinsky’s approach to “power analysis” at the University of Chicago. In the 1970s, Alinsky wrote the playbook for the American socialist movement and dedicated it to “the first radical known to man who rebelled against the establishment and did it so effectively that he at least won his own kingdom—Lucifer.” In this book, Alinsky noted that a “revolutionary organizer must shake up the prevailing patterns of their lives—agitate, create disenchantment and discontent with the current values, to produce, if not a passion for change, at least a passive, affirmative, non-challenging climate. … Remember: Once you have organized people around something as commonly agreed upon as pollution, then an organized people is on the move. From there it’s a short and natural step to political pollution, to Pentagon pollution.”

In a stunning admission, Alinsky tells us that left-wing environmentalism is not about the environment. It is about igniting a revolution and destroying and replacing America’s current constitutional political system.

Obama has stated bluntly that he is “fundamentally transforming the United States of America.” That was not just campaign rhetoric.

Executive secretary Christiana Figueres of the UN Framework Convention on Climate Change has been open about the fact that the real motivation behind climate talks is “to change the economic development model that has been reigning for at least 150 years, since the Industrial Revolution” (emphasis added). Activists need the threat of climate change to convince people to give up their rights to a free market and submit to a central planning committee that regulates everyone who works in an industry that emits carbon.

The fact that slashing America’s carbon footprint 50 percent by 2030 will impoverish the middle class while empowering Chinese Communists, Russian oligarchs, and Iranian mullahs is not an unfortunate side effect of the Build Back Better plan. It is its primary principle. Radicals like Obama want to destroy democratic representative government itself and “build back better” with socialism.

You are witnessing a deliberate attempt to generate the confusion, weakness, disenchantment and anger necessary to make America’s political system vulnerable to overthrow. That is the first goal of the revolution. The next is to install a dictatorial government in which socialist central planners tell us how many masks to wear, when or if we can leave our houses, and whether and how we can work.

Men like Joe Biden and Barack Obama are using satanic power principles to tear down America’s constitutional system of government so they can replace it with an authoritarian socialist system. But the real Satan inspiring these men has no intention of letting them build back better or even build back at all. He will help them tear down America and then abandon them because his ultimate goal is to blot out the name of America from under heaven forever (2 Kings 14:26-27).

“We must be able to recognize the devil’s fingerprints on what was taking place here,” Trumpet editor in chief Gerald Flurry wrote in “The Barack Obama Mystery.” “In John 8:44, the Apostle John records the words of Jesus Christ to the Jews who were trying to kill Him: ‘Ye are of your father the devil, and the lusts of your father ye will do. He was a murderer from the beginning, and abode not in the truth, because there is no truth in him. When he speaketh a lie, he speaketh of his own: for he is a liar, and the father of it.’ There is no truth in the devil—none at all! And the radical left lies like the devil. That is the spirit behind these people who will say and do anything to accomplish their goals. … We must recognize that the real enemy is not Barack Obama. He was abandoned by his parents as a young man and ended up being mentored by the Communist radical Frank Marshall Davis. The real culprit behind his efforts to ‘blot out Israel’ is not a man! I am not blaming him—I am blaming Satan!”

Scientists, journalists and politicians have hijacked concerns about the environment and twisted them for their own purposes. Does that mean we should ignore the smokestacks, the river-dumping, the nuclear waste leakage and all the other toxic substances we human beings are releasing into our environment? Not at all. We should care about the environment more than those who co-opt it to serve their agenda. But carbon dioxide is not a pollutant, and anyone who tells you that we must abandon the free market and adopt a socialist political system to fix a pollution crisis is lying like the devil!

For more information on the satanic mindset of the radical environmentalist movement, please read “What the Paris Climate Agreement Was Really About,” by Gerald Flurry.