Excerpted from the book Biblical Manhood 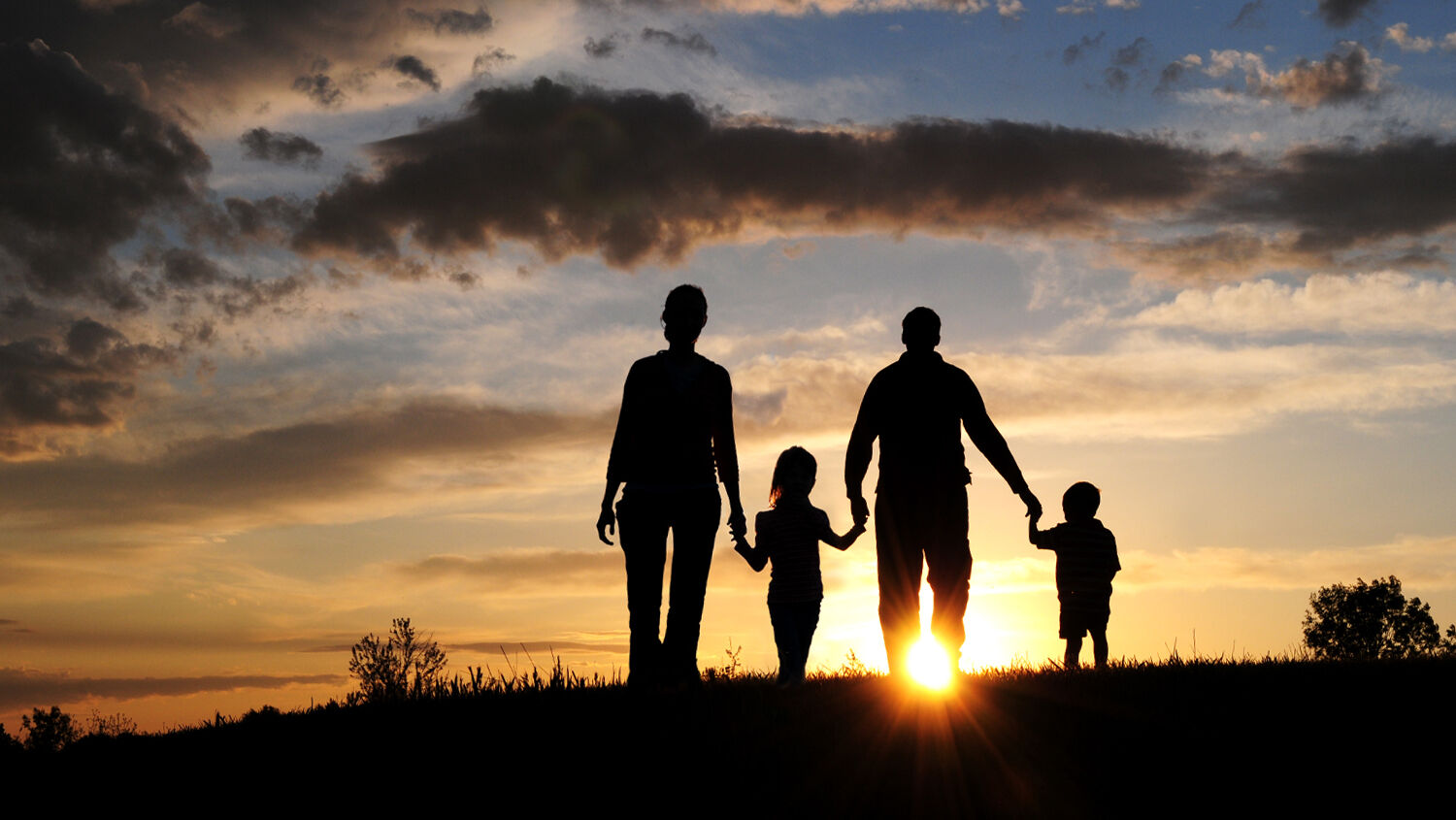 Excerpted from the book Biblical Manhood

What is manhood? Surely almost every adult male considers himself a man. Yet if they were asked to define just what it means to be a man, they would give a variety of conflicting definitions. In recent years, the varying, flexible definitions for manhood have been twisted and tortured to shocking extremes.

God created your body and mind to fulfill duties and purpose. You have obligations and opportunities as a man in your home, in your work, in your community and beyond.

But the world has relaxed, confused, opposed and attacked the true definition of manhood. A devastating revolution is raging over it. So it will take a fighting spirit to even seek out that definition.

For millenniums, men have been providers: providers of defense, security, shelter, food. They did the smithing, ranching, mining, felling, milling, building and other work outside the home.

In 1960, about two thirds of American men at age 30 had finished school, left their parents’ home, become financially independent, gotten married and had a child. By 2000, that number was cut in half. In 1970, 80 percent of 25-to-29-year-old American men were married. Now that number has also been cut in half. In 1950, 1 in 20 men of prime working age was not working. Today, businesses of all kinds are desperate to hire, but no one shows up. About 60 percent of 18-to-24-year-old males live with their parents. Among 25-to-34-year-olds, it’s about 20 percent—almost double the rate among women the same age.

In secondary education, boys are outnumbered by girls in student governments, honor societies, debating clubs and school newspaper staffs. They are outperformed on tests of artistic and musical ability. The typical boy is a year and a half behind girls in reading and writing skills. Boys are more likely to be held back or suspended from school. More boys drop out. More boys are on Ritalin, and more get involved in crime, alcohol and illegal drugs.

Women are even avoiding serious relationships so as not to derail their career goals. When they decide they want to marry, they are finding fewer men who have developed their minds, bodies and skills. Their choice is to either “marry down” or not marry at all. Most who do marry have two-income households. Women work as wage-earners, laborers, managers, executives, politicians and even soldiers.

This is a direct reversal of the relationship between males and females that has existed for virtually all of human history and is the destruction of what it means to be a man. But it is presented as normal, as advanced. The message to you is: Men are no longer needed.

And men are getting that message. They are unbalanced, indifferent and aimless. They are left with no purpose except to fulfill their own pleasure, addicting themselves to entertainment, drugs and other vices. Millions of boys and men are immersed in horrible television shows and movies, video games and pornography. For every feature film made in America, there are more than 20 full-length commercial pornography films. This addiction is hollowing out men’s minds and destroying their real-world relationships.

Feminists applaud the breakdown of long-held traditions in male-female relations. But look what has taken their place: academically and financially thriving women with no one to marry, juvenile men huddling in caves of self-indulgence, and children who think this is normal and then grow up and break down their relationships even further. The strong, loving father who provides financially and morally for his family is almost extinct. Families are fragmenting, and society is morally and spiritually disintegrating.

The role of fathers has shrunk dramatically. More and more children are growing up without fathers at all. And the science is in: Fatherlessness causes severe problems. Nearly half of children who live with their single mother live in poverty. Children who have limited interaction with fathers have higher rates of behavioral problems; these show up as early as age 1. Children without a positive father relationship are more negative about school and their teachers. Fatherless boys are far likelier to commit crime, take illegal drugs, smoke cigarettes and abuse alcohol. Males with an absentee father are nearly three times likelier to carry a gun and engage in drug deals than those who have a father at home. Fatherless girls are much likelier to fornicate; teenage pregnancy for girls who grow up without a father is four times higher than among those with a father in the home. And fatherless girls who marry are far likelier to file for divorce as adults.

Today, about 40 percent of all 18-and-under children in America—27 million kids—do not live with their biological fathers. Yet few Americans are upset about it; many would even argue that society is better off with a diminishing father’s role and children growing up in single-parent homes!

Anyone who looks at these real-world results and applauds them is insane. Anyone assessing them honestly sees that this revolution has been a disaster. The loss of manliness is a plague on society.

Believe it or not, this exact calamity was prophesied in your Bible thousands of years ago.

“For, behold, the Lord, the Lord of hosts, doth take away from Jerusalem and from Judah … The mighty man, and the man of war, the judge, and the prophet, and the prudent, and the ancient, The captain of fifty, and the honourable man, and the counsellor, and the cunning artificer, and the eloquent orator” (Isaiah 3:1-3).

Because of our sins, God has removed strong men from America and the other modern descendants of ancient Israel to curse us. The loss of masculine men is a terrible curse!

This prophecy also speaks of another, parallel trend: the infantilization of men. Verse 4 is a prophecy that our adult leaders will act like children. Notice what kind of children: “And the people shall be oppressed, every one by another, and every one by his neighbour: the child shall behave himself proudly against the ancient, and the base against the honourable” (verse 5). This is talking about spoiled, undisciplined, selfish, disobedient and angry children who never really grow up! Rebellious children simply become rebellious adults.

When there are no strong men to lead, something else fills the void: “As for my people, children are their oppressors, and women rule over them” (verse 12). Some say more work needs to be done to secure women’s rights. God says the opposite! He says women and children already lead society!

The Jamieson, Fausset and Brown Commentary shows that this verse can also refer to men who act like children and who rule like women. Do you see leaders today who are immature, effeminate and worse?

Disappearing masculinity, which many view as a minor cultural or societal issue, has real-world consequences for you, your family, your finances, your health, your future and your very security!

A strong man is a blessing to his wife and children. He provides more than money—he provides security, attentive engagement, successful leadership, firm guidance, emotional stability and real love.

Society, often without realizing it, cries out for masculinity of substance: strong character, untarnished fidelity, exemplary behavior, empathetic yet decisive leadership. Deep down, we yearn for men with spines.

Society still appreciates such men, yet it teaches and pressures males to do the opposite. To grow into a real man, you must walk a harder path.

Where is that path? How do you walk it? What is true masculinity? You will find it conspicuously censored from cable television, the news media, bookstores, legislatures and universities. To know what manhood really should be, you need to look into the Holy Bible and consult the Creator of manhood.

Learn God’s definition of manhood. Learn your God-given duties. Understand what masculinity truly is—a definition that does not change from day to day, year to year, or even generation to generation.

Any man who wants to live up to God’s definition of manhood has real work to do. He must devote his energies to swimming upstream against society. He must make it his unwavering aim to grow—against pressure—in those qualities that will arm him for the rigors of true manhood. He must eschew the pastimes that weaken men. He must avoid the addictions that eat away at men’s minds, blacken their consciences and destroy their confidence. He must stoke the flames of ambition in his life. He must aim high and equip himself to become an able leader of a strong, capable woman and a builder of family and society.

If you want to be one of those men, Biblical Manhood will help you in this noble, invigorating process.

Biblical Manhood
What does it mean to be a man?
In a society of same-sex “marriages” and transgender bathrooms, the answer to this question has never been more confusing. This generation has challenged, castigated and changed virtually everything that has defined manhood throughout human history.
Biblical Manhood gets back to the basics. It seeks guidance from the Creator of masculinity as revealed in His Instruction Book. It provides detailed, practical direction on how to fulfill seven God-given roles for men:
• Man of God • Leader • Provider • Protector • Husband • Father • Builder
It also includes short biographies of men in the Bible who exemplified these roles.
In a world of ambiguity, this book gives clarity. In a society overflowing with questions, this book supplies answers. It relies on the ultimate Source in pursuit of an enduring, reliable, rock-solid definition of what it means to be a man.
From The November-December 2021 Philadelphia Trumpet
View Issue FREE Subscription
Next
Previous