‘It is going to happen for one reason: because of a pitifully weak-willed America.’ 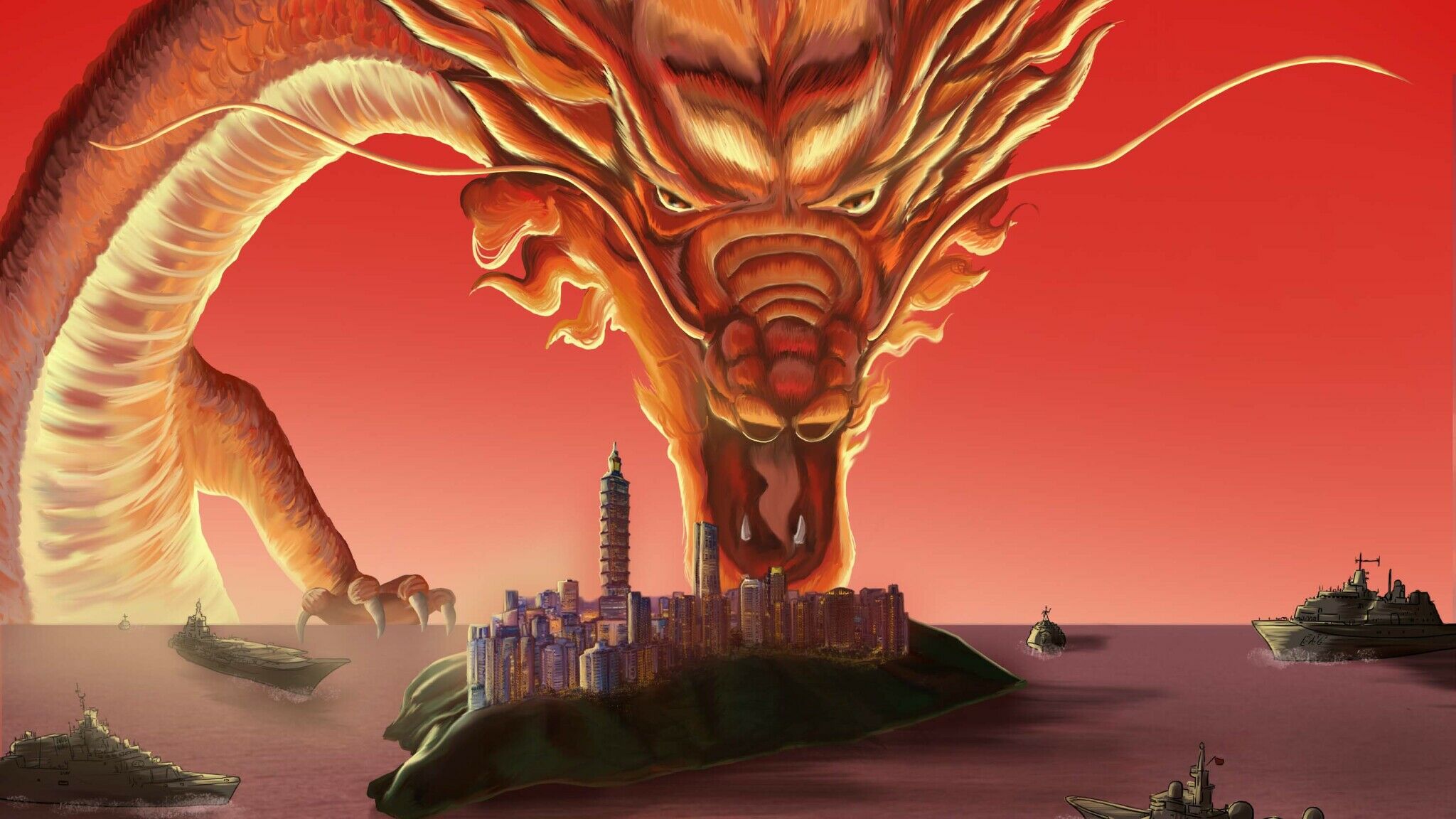 ‘It is going to happen for one reason: because of a pitifully weak-willed America.’

“This really is the grimmest time I’ve seen in my more than 40 years working in the military.” This was a statement by Taiwan Minister of Defense Chiu Kuo-cheng during an October 6 speech given to the island nation’s lawmakers.

He gave this speech after China celebrated its National Day on October 1 by flying 38 warplanes, including advanced fighters and bombers, into Taiwan’s air defense identification zone, a record for the most Chinese incursions in a single day. Over the next three days, the Chinese flew 111 more sorties into the Taiwanese zone, breaking the record twice more.

The Chinese Communist Party’s message was clear: Our military might has exploded, our patience with Taiwan has burned out, and we will annex this rebel island soon.

On October 9, Chinese President Xi Jinping stated bluntly, “Nobody should underestimate the staunch determination, firm will and powerful ability of the Chinese people to defend national sovereignty and territorial integrity.” He and other Communist Party leaders have repeatedly said that they consider their regime’s “territorial integrity” to include Taiwan.

Taiwan’s leaders vow that they will do whatever it takes to keep Xi from absorbing Taiwan into China. Ever since people fled the Communists on the mainland for Taiwan, the island has managed to stay independent. But these 70 years of independence from the Chinese Communist Party have required political support, weapons sales and, most importantly, security assurances from the United States.

“Would the United States court death for Taiwan?” Teng Jianqun, a former Chinese Navy captain, asked in a recent interview on Chinese television.

A decade ago, the question may have been viewed as bluster.

But from 2011 to 2020, China’s military spending increased by 76 percent, reaching $252 billion last year, according to the Stockholm International Peace Research Institute. This still hasn’t closed the gap on the U.S.’s $778 billion in annual military spending, but since China steals technology instead of developing it from scratch and starts soldiers at $108 per month compared with $1,733 in America, its dollars go much further. Xi has also restructured his military in recent years, shifting more resources away from China’s traditional focus on ground forces and toward naval and air forces. He has also prompted his generals to focus on joint warfare. And Taiwan is 6,700 miles from the coast of the mainland U.S.—but only 100 miles from the coast of mainland China.

The soaring spending and drastic reorganization have transformed the People’s Liberation Army from feckless to formidable. It means America’s warfighting advantage is vanishing. The Pentagon’s latest report on the Chinese military says it has already overtaken the U.S. in some crucial areas: integrated air defense systems, shipbuilding, and conventional ballistic and cruise missiles. All these would factor heavily into a war over Taiwan.

Several rounds of recent U.S. military drills have pitted an American “blue” team against a “red” team representing China’s military. Red tries to invade and occupy Taiwan, and blue fights to defend the island. Since 2018, blue has lost every round. Vice Chairman of the Joint Chiefs of Staff Gen. John Hyten said, “Without overstating the issue, it failed miserably.”

In recent years, America has sailed numerous warships through the Taiwan Straits to demonstrate its resolve to protect the island. In August it approved a new weapons deal worth some $750 million. Recent reports reveal that the U.S. has even secretly stationed marines and special forces there for over a year to train the Taiwanese. But actually sending U.S. troops into a rain of Chinese bullets and missiles is another matter altogether.

Robert L. Thomas, a former vice admiral who commanded the U.S. Navy’s 7th Fleet in Japan, told the New York Times, “I’ve thought about it a lot, and I don’t know if the United States is willing to see U.S. young people coming back in body bags for the defense of Taiwan” (October 9).

‘America Has Showcased Its Broken Will’

In 1998, Bill Clinton became the first U.S. president to yield to coaxing from the Chinese Communist Party and publicly oppose Taiwanese independence.

Trumpet editor in chief Gerald Flurry wrote at the time that Clinton’s statements showed it was only a matter of time until China forces Taiwan under its control. He wrote in the August 1998 Trumpet: “The Chinese leaders pressured the president and America to speak against our freedom-loving friends [in Taiwan]. The people of Taiwan fear for their future. They feel betrayed. … Once again, America has showcased its broken will to the whole world. … How could anyone fail to see that Taiwan is destined to become a part of mainland China? These 21 million people [now 24 million] are going to be forced into the Chinese mold; and it is going to happen for one reason: because of a pitifully weak-willed America. Does freedom really mean so little to us?”

Mr. Flurry’s understanding of the U.S.’s “pitifully weak” will, and how it will factor into the China-Taiwan dynamic, derives from Bible prophecy. Leviticus 26 records God warning Israel that if the people of the nation refused to turn to Him, He would punish them in several specific ways. One of these, recorded in verse 19, states: “I will break the pride of your power.”

In this passage, Israel refers mainly to modern-day America and Britain (request your free copy of The United States and Britain in Prophecy, by Herbert W. Armstrong).

When Mr. Flurry wrote that article 23 years ago, the prospects of China conquering Taiwan may have seemed remote. But today, with Xi Jinping’s China growing far mightier and more aggressive, and with America increasingly divided and war weary, it is clear that Mr. Flurry’s forecast could soon come to pass.

Russia and China in Prophecy
America’s status as the world’s lone superpower is rapidly fading. Other nations and groups of nations are angling to fill the void. Rising in the East is an emerging power bloc of tremendous potential—in manpower, economic heft and military might. Its growing presence is intensifying global competition for resources and for geopolitical influence. Where will this trend lead? You can know! Biblical prophecy provides a remarkable, penetrating preview of Asia’s future!
From The November-December 2021 Philadelphia Trumpet
View Issue FREE Subscription
Next
Previous