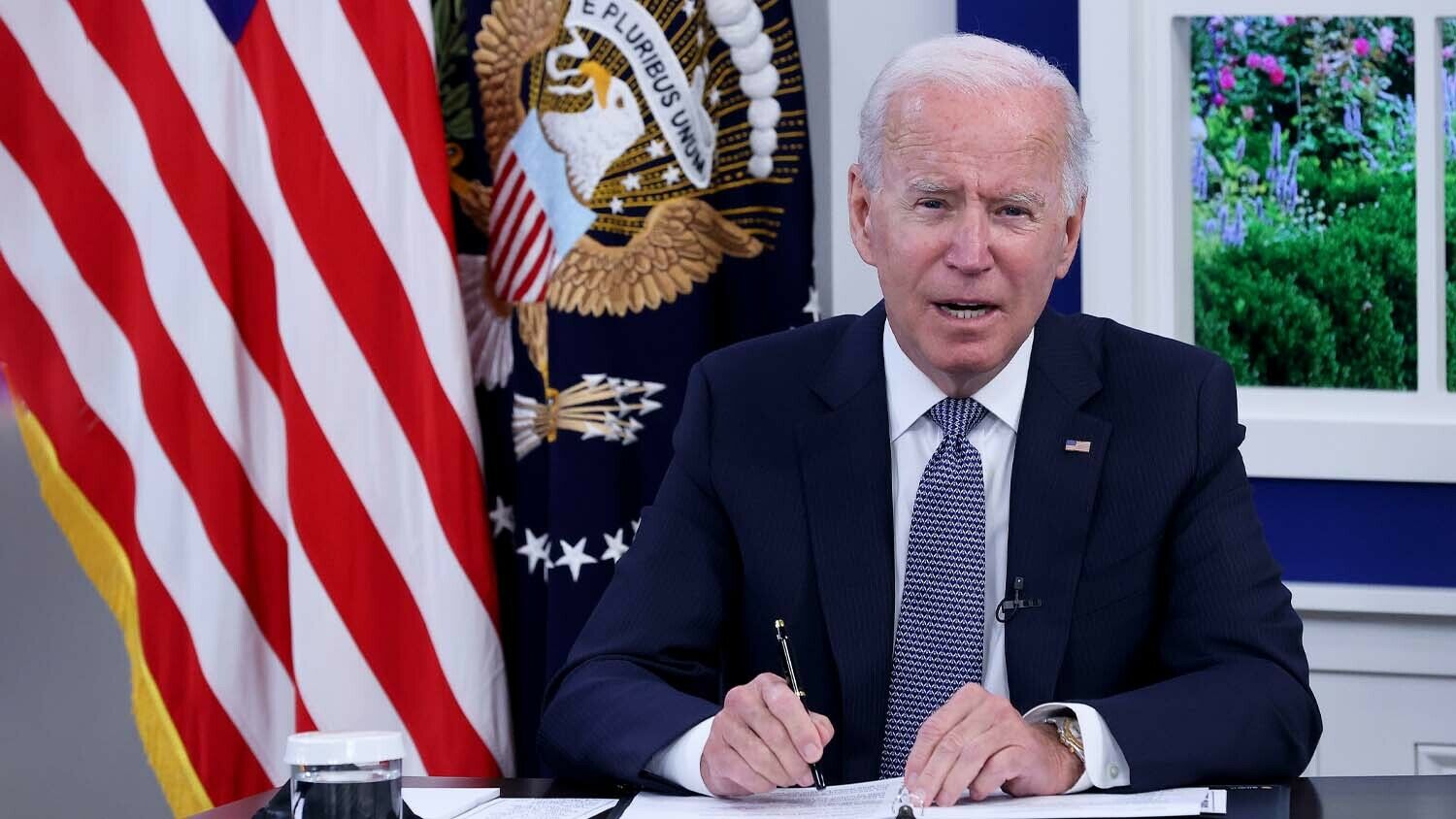 Joe Biden delivers remarks at a meeting to discuss the federal debt limit in the South Court Auditorium in the Eisenhower Executive Office Building on October 6, in Washington, D.C.
Chip Somodevilla/Getty Images

The radical left wants to nationalize the Internet like the Soviets did utilities.

The United States Senate approved on August 10 a $1.2 trillion package to modernize America’s aging infrastructure. The bill must now pass the House of Representatives, where House Speaker Nancy Pelosi says Democrats will not vote on it until the Senate passes an even more ambitious $3.5 trillion social policy bill. If passed into law, both bills would worsen America’s economic crisis by increasing the federal debt and fueling inflation.

It is important that Americans understand what they are getting for their money. Only $110 billion of the $1.2 trillion infrastructure package is going toward roads, bridges and similar projects. Much of the rest has been earmarked for zero-emission school buses, electric-car charging stations and government-owned Internet networks.

Under the guise of closing the digital divide between rich and poor, the $1.2 trillion bill allocates about $65 billion to expand broadband across the country. Some of this spending funds things like $50 monthly credits for low-income Americans to pay for Internet access, but $42 billion is to create government-owned networks, which advocates say are needed in low-income areas.

Many analysts feel this spending is a waste of money given government broadband’s history of corruption and failure. “With few exceptions, government-owned networks (gons) have been abject failures,” a coalition of pro-market think tanks warned in a letter to Congress. “For example, KentuckyWired is a 3,000-mile gon that was sold to taxpayers as a $350 million project that would be complete by spring of 2016. Those projections could not have been more wrong. More than five years past the supposed completion date, fiber construction for KentuckyWired is still ‘in progress’ in some parts of the state and a report from the state auditor has concluded that taxpayers will end up wasting a whopping $1.5 billion on this redundant ‘government-owned network’ over its 30-year life.”

Michael Powell, ceo of the Internet & Television Association, criticized the bill, saying, “The idea that the private sector and profit incentives are intrinsically unsuited to do the job is surprisingly Soviet.”

As president, Barack Obama steamrolled the laws of 19 states to clear the way for federal spending on government broadband with a 2009 stimulus bill that earmarked $7 billion for government-owned Internet networks. Now the Biden administration is following in his footsteps by earmarking even more for government broadband. It would certainly be far more cost effective to let the free market spread Internet networks to areas of the country where people are able to pay for Internet access. But the Biden administration ultimately wants to nationalize the Internet in a similar manner to how the Soviet Union nationalized public utilities.

The late Trumpet contributor Ron Fraser highlighted an executive order signed by President Obama in 2012 that gave the White House unprecedented control to interfere with the private communications of U.S. citizens. This executive order, titled “Assignment of National Security and Emergency Preparedness Communications Functions,” granted new powers to the Department of Homeland Security, including the ability to collect public communications information and seize private facilities, effectively shutting down civilian communications in the advent of a national emergency.

“The threat this [executive order] poses to any legitimate organization that speaks out against or otherwise resists government action incompatible with the intent of the U.S. Constitution—which certain radicals both within and aiding this current U.S. administration’s radical agenda have stated is outdated—is glaringly obvious,” Mr. Fraser wrote in “President Obama’s Sweeping New Powers.” “Consider the gospel message in this context. … Your Bible declares that the time will come when the land will not be able to bear the words of a prophet. The result will be that certain powers will shut down the broadcasting and prevent the publishing of the true gospel message (Amos 7:10; 8:11-12).”

The radical left has been working with Big Tech oligarchs for years to censor the Internet. Now the Biden administration is trying to nationalize and control the networks needed to bring Internet access to people’s homes. It won’t be long before the U.S. government actually has the power to ban God’s truth from being spread throughout the nation. For more information on what the Bible says about a soon-coming time of intense censorship, please read the chapter titled “The Famine of the Word” in our free booklet The Lion Has Roared, by Trumpet editor in chief Gerald Flurry.