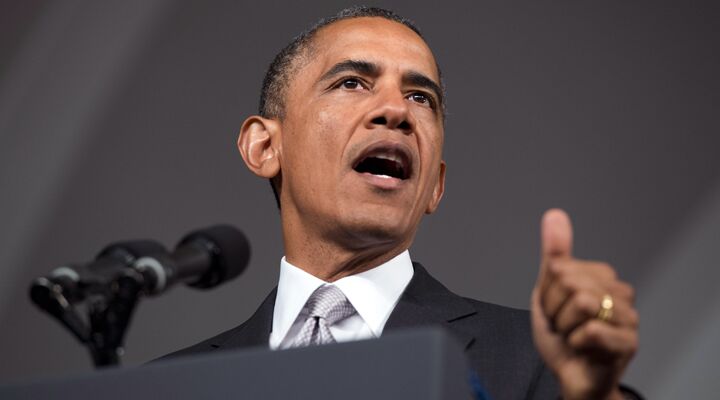 Draconian in both the nature of its language and the apparent intent of its application, the executive order grants powers hugely in excess of any contemplated by America’s Founding Fathers when they established the nation’s Constitution.

Couched in syntax that excuses the order as being in the interests of national security, Section 1 states that as a matter of policy, “The federal government must have the ability to communicate at all times and under all circumstances to carry out its most critical and time sensitive missions. … Such communications must be possible under all circumstances to ensure national security …. The views of all levels of government, the private and nonprofit sectors, and the public must inform the development of national security and emergency preparedness (NS/EP) communications policies, programs and capabilities.”

The threat this poses to any legitimate organization that speaks out against or otherwise resists government action incompatible with the intent of the U.S. Constitution—which certain radicals both within and aiding this current U.S. administration’s radical agenda have stated is outdated—is glaringly obvious.

It speaks to the right for life. It assumes the adoption of God-given gender roles. It encourages the man as breadwinner and the woman as homemaker. In no instance does it condone the woman engaging in a nation’s military force in a combat role. It clearly establishes a binding law that bestows blessings on the obedient and curses on the disobedient. While the Word of God adjures honor and respect for a nation’s leaders, it commands submission to God’s law over and above any law of man that is inconsistent with that law. It declares that man has the incredible human potential to be born of God!

This is the message that got Jesus Christ falsely accused, tried by a kangaroo court, whipped and scourged, and crucified.

Your Bible declares that the time will come when the land will not be able to bear the words of a prophet. The result will be that certain powers will shut down the broadcasting and prevent the publishing of the true gospel message (Amos 7:10; 8:11-12).

Such an edict as the recently signed “Executive Order—Assignment of National Security and Emergency Preparedness Communications Functions,” certainly opens the door for that prophecy to become a future reality.