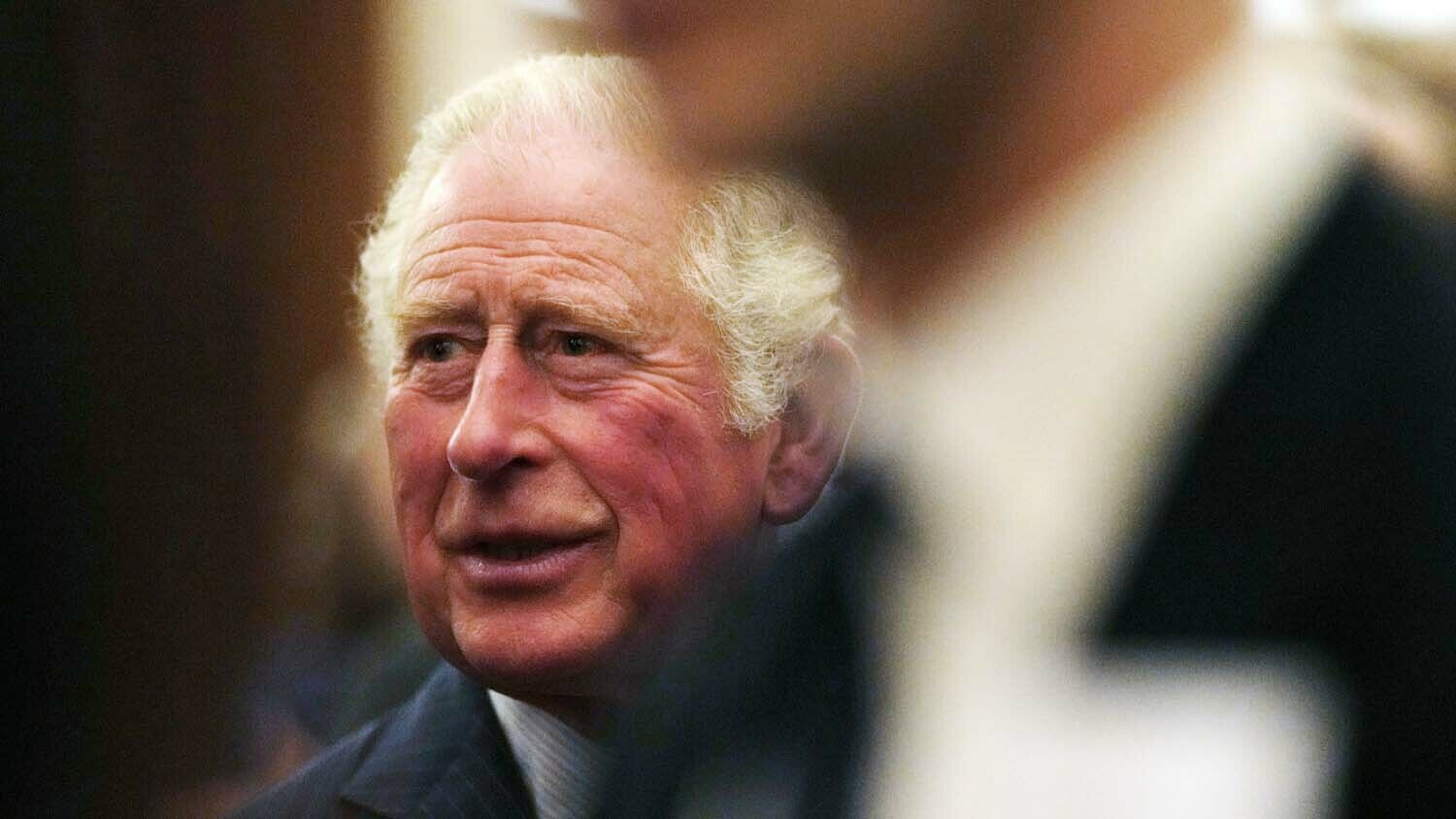 Britain’s Prince Charles, prince of Wales, talks to guests during a reception at Windsor Castle on October 19.
ALASTAIR GRANT/POOL/AFP via Getty Images

The prince of Wales has turned to some unsavory allies to change the world.

The heir to the British throne is warning that a United Nations Climate Change Conference in Glasgow could be our last chance to save the planet from climate change. In an interview released on October 11, Prince Charles emphasized that Australian Prime Minister Scott Morrison should attend next month’s climate event despite Australia’s covid-19 travel ban, because “[i]f we don’t really take the decisions that are vital now, it’s going to be almost impossible to catch up.”

This is not the first time Prince Charles has warned we have had our last chance. In 2014, he said a Climate Change Conference in Paris was our “last chance,” and in 2009, he said a Climate Change Conference in Copenhagen was our “last chance.” Yet global temperatures have only risen by about a degree since the Copenhagen conference, and an upcoming period of low solar activity will likely slow even this mild warming (see our articles “Greenhouse Apocalypse” and “The Deadly Climate Change Deception” for why carbon emissions do not actually cause natural disasters).

Yet none of this will stop Prince Charles’s ambitious plan to revolutionize the world economy.

Last August, Prince Charles wrote an editorial for the Daily Mail declaring that the climate change crisis can only be solved by businesses and governments working together. He wants businesses to sign a charter called the Terra Carta, which commits them to put “sustainability” at the heart of their activities. When this charter talks about “sustainability,” however, it means meeting the carbon reduction targets set by the Paris Climate Accords. Meeting these reduction targets would weaken the manufacturing sectors of the United States and Britain while empowering multinational corporations that manufacture goods in countries where environmental regulations are less stringent. (Please read “What the Paris Climate Agreement Was Really About,” by Trumpet editor in chief Gerald Flurry, for information about the threat the Paris Climate Accords poses to the U.S. and UK.)

More than 400 companies have already signed the Terra Carta, and Prince Charles hopes to use the Glasgow summit to convince even more companies to do so. Along with Pope Francis and World Economic Forum founder Klaus Schwab, Prince Charles has launched a project called the “Great Reset” in the wake of the covid-19 pandemic. Instead of free markets, this globalist project says the world should implement wealth taxes, government regulations and massive infrastructure spending programs in its quest to “Build Back Better” after the pandemic and halt climate change.

“The prince believes that as countries and businesses around the world look to rebuild after this crisis, there is a unique but narrow window of opportunity to accelerate the sustainability agenda in a way that puts people and planet first,” said a Sustainable Markets Initiative spokesman in an interview with the Telegraph. “Before industries simply return to the old ways of doing things, this group, led by the prince and Professor Schwab, is setting out to show we have a chance to recover by doing things differently and with a lot less negative impact on the world we live in.”

Comments like this one have caused the editors at Vanity Fair to ask: “Is Prince Charles Using the Pandemic to Take on Capitalism?” The answer to their question is a resounding “Yes.” Coronavirus lockdowns reduced carbon emissions by 2.8 billion tons in 2020. A Nature journal piece notes how these lockdowns mentally prepared people for the “personal carbon allowances” necessary to meet the carbon reduction targets set by the Paris Climate Accords.

Now the World Economic Forum is seeking guidance from the Catholic Church on how to use Catholic social doctrine to undermine free markets. This is alarming. Prince Charles is heir to the throne of the nation primarily responsible for spreading free markets around the world, yet he has chosen to team up with the pope and a German engineer to destroy those markets.

On Dec. 8, 2020, Pope Francis established what he calls the Council for Inclusive Capitalism With the Vatican. Led by the pope and Cardinal Peter Turkson, it includes numerous leaders from Fortune 500 companies with 200 million employees in 163 countries and $2.1 trillion in market capitalization—more money than the gross domestic product of Italy. It is led by a core group of 27 leaders it calls the Guardians for Inclusive Capitalism, which include the chairmen and chief executives of Allianz, Bank of America, BP, Dupont, Johnson & Johnson, Mastercard, Merck and Visa.

Many have said this real-life organization seems like something out of a conspiracy theory forum, but its goals are aligned with Professor Schwab’s World Economic Forum and Prince Charles’s Sustainable Markets Initiative. They want to use something akin to Catholic social doctrine to establish a “third way” between capitalism and communism.

Like Pope Francis and Klaus Schwab, Prince Charles is espousing a philosophy sometimes called state capitalism but which used to be called corporatism. While pure socialism is direct government control of resources (and people), corporatism permits people to engage in private enterprise but manages them heavily through corporations. These corporations group people together according to their interests and social functions so they can regulate behavior.

Before the Second World War, fascist dictators like Francisco Franco of Spain, Benito Mussolini of Italy and Adolf Hitler of Germany ran openly corporatist economies with the blessing of the pope. And after World War ii, Latin American Catholic dictators like Juan Perón of Argentina and Augusto Pinochet of Chile did the same thing. Now global elites want to use covid-19 and the threat of climate change to restore this tyrannical system.

In his book The Coming of Neo-Feudalism: A Warning to the Global Middle Class, Joel Kotkin, a fellow of urban studies at Chapman University, warns that the government’s alliance with big business will result in the formation of a “cognitively superior ruling class” that will govern the world like a feudal aristocracy, treating people like serfs who are too stupid to be allowed opinions. But even he does not realize the extent to which corporate feudalism will make a comeback.

Revelation 17 reveals that a powerful religious entity will become a guiding force over a great economic powerhouse that intoxicates all nations with its wealth and splendor. Revelation 18:3 says that “the merchants of the earth have become rich through the abundance of her luxury” (New King James Version). These verses are talking about the merger of state, corporate and religious power. We see this merger today, and the prince of Wales is helping it happen.

For more information about what the Bible says about the economic system that will dominate the Earth just before Jesus Christ returns, please read our article “The Pope’s New World Order,” as well as our free booklet Who or What Is the Prophetic Beast?, by Herbert W. Armstrong.