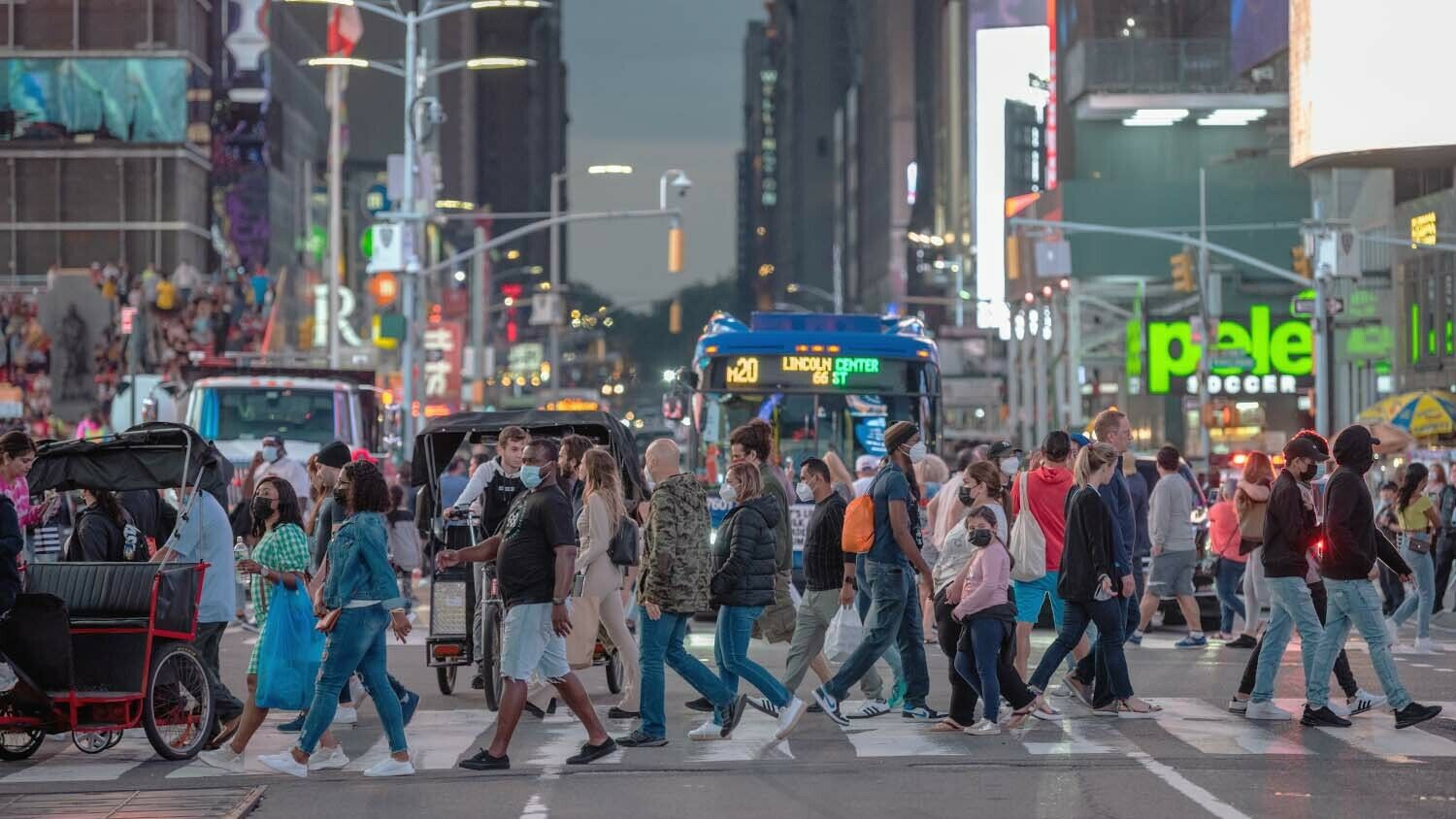 Last week, I had the opportunity to visit New York City and Washington, D.C. Like most born outside of the United States, these are two cities I’ve always wanted to visit. They were the first beacons of the free world. They are the cities on which the Republic was founded, and a superpower was born.

But today, they are cities besieged with curses. From covid-19 madness, rank government corruption, weather disasters, rampant homelessness, and moral decadence, these cities are prime examples of just what is wrong with man’s rule. Seeing their precipitous decline firsthand gave me clearer insight into this nation’s grim fate. But, it also offered me a glimpse into its glorious future.

A Bite Out of the Big Apple

“The middle class is disappearing,” said a local food truck owner I spoke to. “New York City just hasn’t been the same since the pandemic.” The evidence of his statement is nearly everywhere you look. There were people in the street, but not nearly as many as is normal for New York. Office buildings were mostly empty. Many people are staying home. And many more are moving out of the state altogether.

Posters and digital ads throughout the city continually appear reminding residents to mask up. Several restaurants have signs saying they will only serve the fully vaccinated. And many stores require masks regardless of vaccination status.

For most of my first day walking through the city, I decided to only put my mask on if asked to. Nobody actually forced me to wear a mask. Nobody even approached me about it. I got on the train, went into buildings, and even had lunch at a restaurant with a “mask+vax” sign outside—all maskless.

This helped me realize how much the coronavirus mandates depend on fear. For a city as big as New York, it isn’t possible to police every single resident. And so, generating fear makes residents police themselves. This isn’t to say the vaccine mandate in New York City isn’t real, however.

I was denied access to multiple restaurants due to being unvaccinated. I ultimately had to settle for a to-go dinner from a restaurant that doesn’t offer indoor dining. While some restaurants do ignore it, New York City’s unconstitutional vaccine mandate is real. And the problem is that most people are afraid of the disease and, even if they don’t know it, their lawless government as well. Nearly half of everyone you see outside is wearing a mask; about 95 percent of people wear them indoors.

The fear-mongering is working.

The City on a Capitol Hill

Washington, D.C., was nearly the opposite of New York City. Barely anyone wore a mask. No restaurants asked for proof of vaccination or required masks. Only some of the federal buildings required masks for tours. Otherwise, it was business as usual.

Adjacent to the Washington Monument was a sea of small, white flags planted in the ground. These 700,000 flags were part of a memorial dedicated to those who have died from covid-19.

One man passing by the installation remarked that “it’d be a thousand times more [flags] if it were a memorial for all the covid survivors. But they don’t want us to talk about that.” Those in charge want to make the Capitol seem like a serene, utopian home for the sophisticated where everyone is in agreement with what’s coming out of the White House. But my experience showed me that Americans aren’t fooled.

There were truck drivers parked either side of the Mall in protest of vaccine mandates and the infrastructure bill. There were groups protesting Big Tech and its overreach. There were others who encouraged us to visit Arlington National Cemetery to see the graves of those “without whom, none of this would still exist.” But you won’t hear about that from the mainstream media.

The Fate of America’s Cities

I can’t express how beautiful Washington, D.C., and New York City are. The classical architecture is simply stunning. The history is rich, and the wealth on display is indisputable. Both cities are proof that God is responsible for this country’s greatness. They are physical representations of the birthright blessings He bestowed upon the United States (request your free copy of The United States and Britain in Prophecy, to learn about these blessings).

The government is trying to paint a colorful picture, but the reality portrays a grim landscape.

And the Bible makes it clear that things are going to get much darker. The time of calamity that Jesus Christ himself prophesied of is approaching: “For then shall be great tribulation, such as was not since the beginning of the world to this time, no, nor ever shall be” (Matthew 24:21).

Cities, in particular, are consigned to a dark fate. Last summer, New York was one of many cities to burn and suffer through Black Lives Matter protests. Washington, D.C., is currently in the throes of a fake administration. America is crumbling.

Late educator Herbert W. Armstrong wrote in his booklet The Wonderful World Tomorrow—What It Will Be Like: “Our cities are festering sores, filled with the clangor and confusion of jangled traffic, riots, racial hatred, crime, pornography, air pollution, and an unhappy, wretched populace that seeks fast money so it can escape the obnoxious environment of the big asphalt and concrete ‘jungles’ of our time!” The Bible warns “cities shall be laid waste” and “wasted without inhabitant” (Ezekiel 6:6; 12:20; Isaiah 6:11).

But God has a plan. These dark events will precipitate the return of Jesus Christ. He is going to return in power and glory to establish His peaceful government.

And what will become of cities at that time?

God even says He “will cause you to dwell in the cities, and the wastes shall be builded. … This land that was desolate is become like the garden of Eden; and the waste and desolate and ruined cities are become fenced, and are inhabited” (Ezekiel 36:33, 35).

I was able to visit two of the world’s most acclaimed cities. They showed just what is wrong with man’s rule and his deviance from God’s law. But they also gave me a glimpse of what can be when God is wholly in control. That day is coming soon, when these cities are built anew, with no corruption, no covid-19, no homelessness—just abundant peace, beauty and happiness under Jesus Christ’s capable rule.