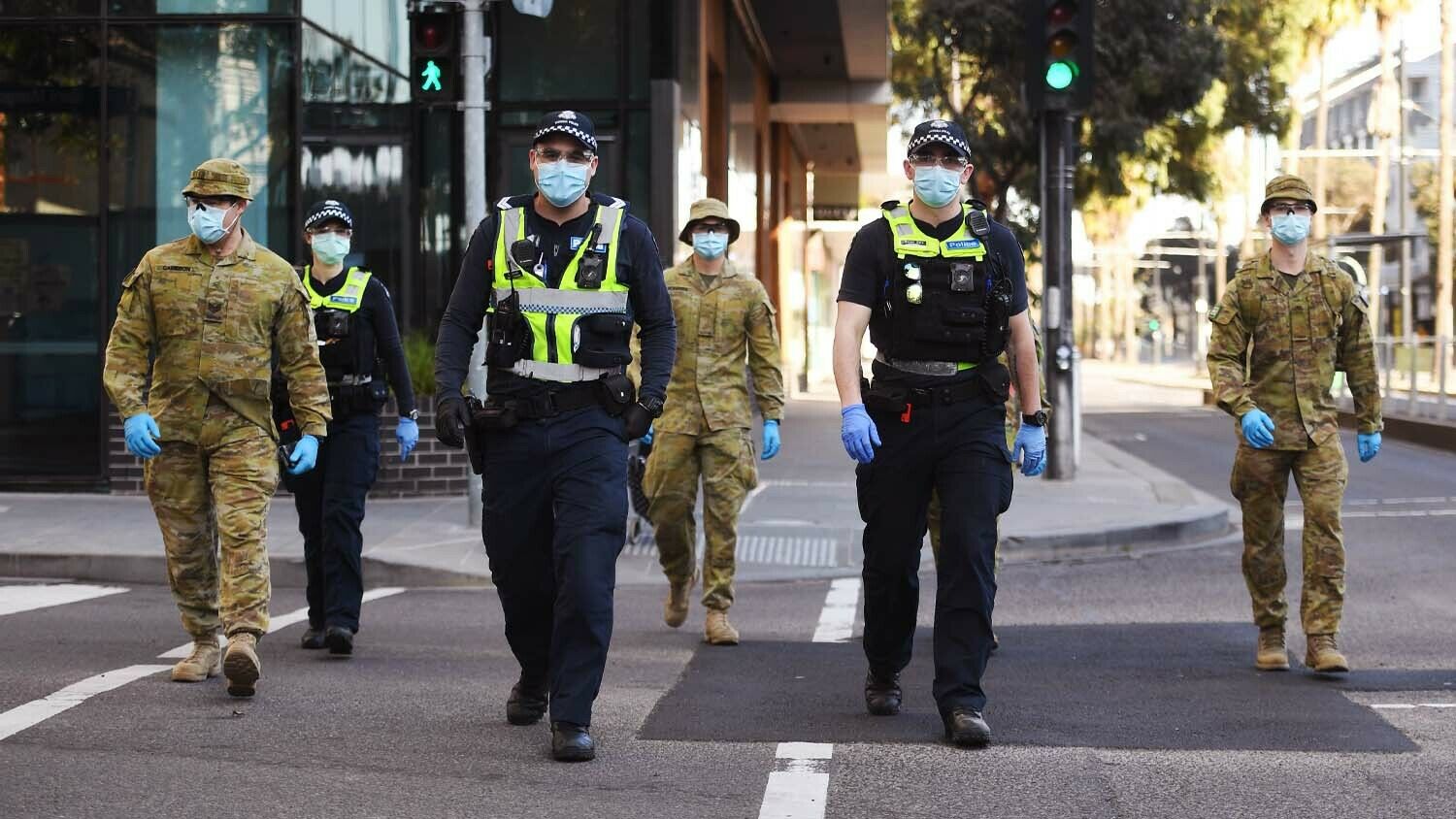 A group of police and soldiers patrol the Docklands area of Melbourne.
WILLIAM WEST/AFP/Getty Images

Can we trust that the government will always use these powers fairly?

A government bill that gives police new powers to spy on criminal suspects by taking over their online accounts passed both houses of the Australian government on August 25. Australian politicians have said the Surveillance Legislation Amendment Identify and Disrupt Bill 2021 will give federal agencies the edge over criminals online.

Australian politician Andrew Giles said that he supported the bill because “the cyber-capabilities of criminal networks have expanded, and we know that they are using the dark web and anonymizing technology to facilitate serious crime, which is creating significant challenges for law enforcement.”

The bill enables the Australian Federal Police and the Australian Criminal Intelligence Commission to disrupt data by adding, modifying, copying or deleting in order to stop serious offenses online. Federal agencies are allowed to collect personal data over a period of time. The bill also allows federal police to take control of a person’s online account for the purposes of gathering data to further a criminal investigation.

While stopping crimes like drug trafficking, pedophilia, murder and terrorism is a good policy, can we trust the government to not misuse these new powers? The power for someone to take over your online accounts and pose as you could cause life-changing repercussions if that power is used unfairly.

Australia has taken on the posture of a police state during the coronavirus pandemic. State governments are using the powers of the police to the fullest extent to enforce covid-19 restrictions. Police have been using helicopters, drones and military support to enforce the orders of a handful of public health officials.

Would police use the new surveillance powers to spy on people who breach covid-19 restrictions? It would indeed set a bad precedent if a minor breach of a public health order meant a federal police agency could take over your online accounts.

With the passing of the new surveillance bill, Australia could potentially look slightly more like a scene out of George Orwell’s 1984. In this novel, Orwell depicts a state that uses a very high level of surveillance to watch its people.

A culture of snitching, which is usually associated with Communist countries, has risen in Australia. Former Australian Prime Minister Tony Abbott was fined by New South Wales Police after a member of the public took a photo of him not wearing a mask in public. In the photo, Mr. Abbott was standing at a Sydney beach on the morning of September 8. “I believe that I was well within the law, reasonably interpreted,” Mr. Abbott said. “But I’m not going to challenge the fine because I don’t want to waste the police’s time any further. I never thought that dobbing and snitching was part of the Australian character and I think that the sooner we can leave this health police state mindset behind us, the better for everyone.”

In a May-June 2014 Trumpet article titled “Is the Government Reading Your E-mail?” Robert Morley exposed the shocking degree to which a government can gather data from its citizens. Though he mainly focused on surveillance in the United States, his article very much applies to other countries, including Australia. Mr. Morley wrote:

Technology is now so pervasive that you can’t go anywhere or do anything without a government agency knowing about it. Carry your cell phone (turned on or off), and the nsa [National Security Agency] is tracking it. Swipe a credit card, and the nsa can track that too. Write an e-mail, and the federal government may have it. Play an online video game, and the government can record your chats. Go for a drive, and an unseen camera may be capturing your license plate and possibly tagging you inside using facial recognition software. Board a plane, Interpol knows and has your picture. Search for “pressure cooker” on Google, and if your spouse happens to have Googled “backpacks” a couple minutes earlier, you might get a visit from the police, as a couple living in Suffolk County, New York, found out. Call a friend in Canada—and the nsa can legally record all your communications for a week without even having to ask for a warrant.

Australia is a member of a particularly close-knit intelligence alliance called Five Eyes. This alliance is comprised of the U.S., United Kingdom, Canada, Australia and New Zealand. Former nsa contractor Edward Snowden leaked documents in 2013 revealing that member-nations used this alliance to collect intelligence on each other’s citizens. Governments like to gather information on their citizens, even if it means using other nations’ laws to do it.

Whenever mankind has invented a new method of gathering personal information on others, governments have always used it. “[G]overnment tyranny is routine in human history,” writes Trumpet editor in chief Gerald Flurry in his booklet America Under Attack. “Let’s not be naive and think something like that could never happen here.”

It is happening in the U.S. and other countries that descended from ancient Israel, including Australia. (For more information, read Herbert W. Armstrong’s free book The United States and Britain in Prophecy.) The freedoms that these particular countries have championed around the world are now under direct and specific attack for a direct and specific reason.