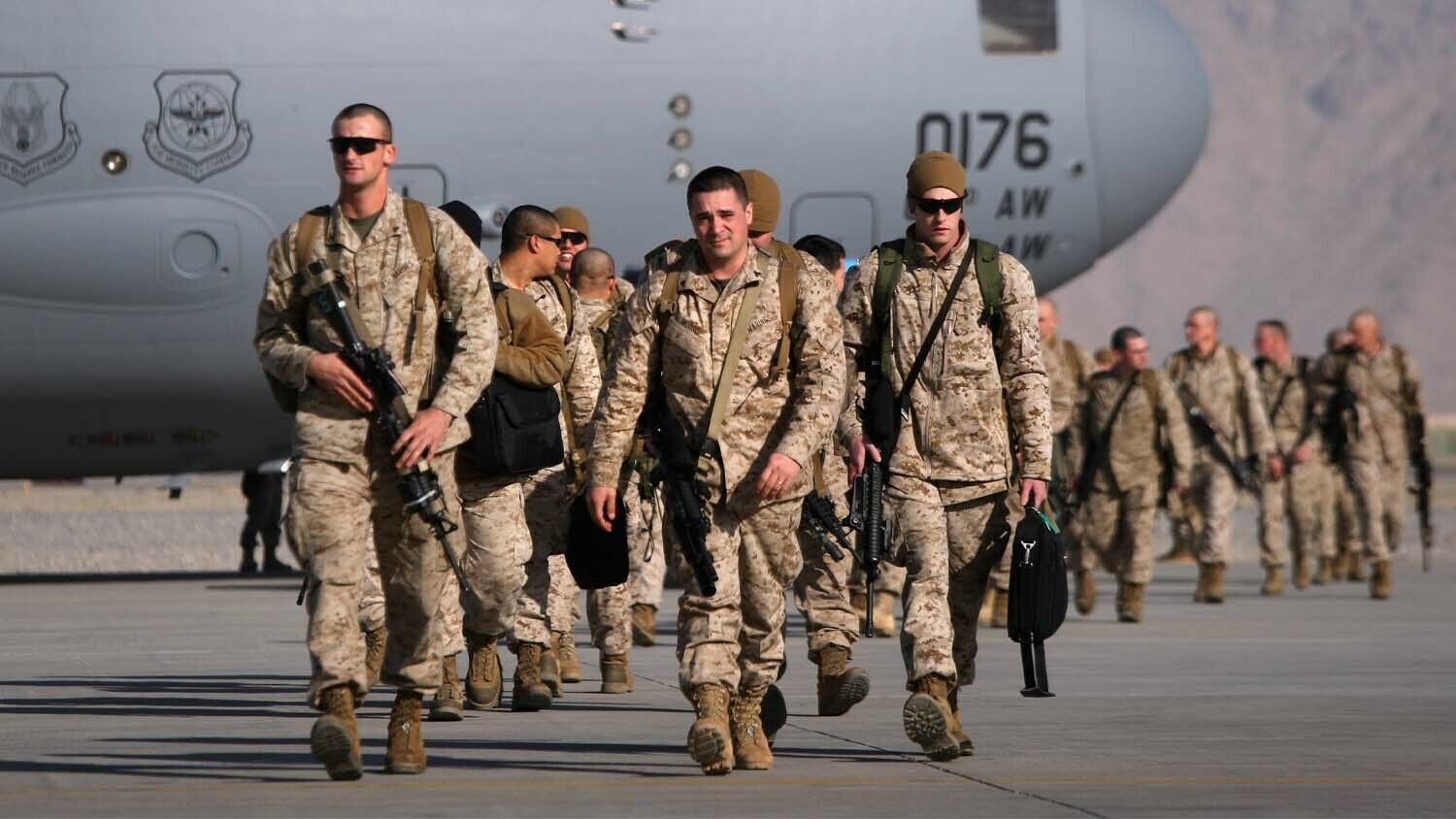 Seventy years on, Herbert W. Armstrong’s prophecy has held true, with the media now echoing him almost word for word.

The dismal pictures coming out of Afghanistan have reignited the debate: Why does America keep losing wars? How can the greatest superpower in the world—the most heavily armed, highly funded, technologically advanced force in human history—so consistently lose? This is something United States President Donald Trump lamented while he was in office. In February 2018, he said, “When I was young, in high school and college, everybody used to say we never lost a war. Now, we never win a war.”

There is a reason this is happening to the world’s only superpower.

Shortly after the United States victory in World War ii, our predecessor, Plain Truth editor in chief Herbert W. Armstrong, boldly prophesied that America had won its last war. He affirmed this during the Korean War and reaffirmed it at the start of the Vietnam War. In 1961, Mr. Armstrong wrote: “[U]nless or until the United States as a whole repents and returns to what has become a hollow slogan on its dollars: ‘In God we trust,’ the United States of America has won its last war! I said that when we failed to win in Korea! [T]he handwriting is on your wall!”

To declare that America had won its last war, based on Bible prophecy, just after the triumphant success of World War ii, was a bold prediction to say the least—one that undoubtedly would have drawn ridicule. But hindsight is 20-20, and the news media and analysts of today have rather dramatically concurred with Mr. Armstrong’s prophecy, almost word for word—only decades too late.

Consider these recent headlines and excerpts from articles.

Since 1945, the United States has emerged as the unsurpassed superpower … and the American experience of conflict has been a tale of frustration and defeat. [W]e should steel ourselves for more battlefield setbacks. The dark age of American warfare looks set to endure.

“Why the United States Is No Longer Winning the Wars” (El Pais, August 4)

After 1945, the United States became a superpower; and the fall of the Soviet Union would later leave it as the only remaining world leader, but it basically stopped winning wars.

Since World War ii, the United States has lost just about every war that it has fought in a developing country.

The U.S. funds its military to the tune of $650 billion a year, more than the next seven nations’ spending combined. So why don’t we have more to show for it? … Why can’t the most lethal military establishment in history win its wars? The military’s scorecard since the world-changing victory in 1945 has been, in a word, underwhelming.

In Washington, the U.S. military is routinely feted as the best equipped, the best trained, the most lethal, indeed, the greatest force ever fielded. However, its dismal war record since 1945 suggests otherwise. … The United States, it seems, no longer knows how to win wars.

“The last time the United States won a conflict decisively, the world’s electronics ran on vacuum tubes,” writes author and thinker Sean McFate …. “Over the last 70 years, a disturbing trend has emerged; the West has forgotten how to win wars.”

The United States, up until 1945, won virtually all the major wars that it fought. … Since 1945, the United States has very rarely achieved meaningful victory.

In Vietnam, as in subsequent American wars, the United States and its local allies had staggering advantages in all the conventional measures of military strength, yet failed to win. … Nine tenths of the way to the year 2020, U.S. soldiers, with all of their firepower and technology, have not achieved anything close to total dominance on the battlefields where they have been engaged. They have not dominated poorly armed fighters. Or insurgents planting low-tech, low-cost explosive devices ….

Most Americans rightly believe that the U.S. military is the best and most formidable in the world. If that is correct, why, since the end of World War ii, has the United States lost every war it started and failed every time it used force without just cause?

In the years [since 9/11], the United States military fought in nine conflicts, according to a 2015 briefing produced by U.S. Special Operations Command, or socom …. The record of the greatest fighting force in the history of the world, according to socom—zero wins, two losses and seven ties.

Why can’t America win its wars today? In their adulation of the accomplishments of the Greatest Generation, Americans have forgotten why World War ii ended so well.

“Americans play to win all of the time,” said [Gen. George] Patton [in 1944]. “That’s why Americans have never lost nor will ever lose a war, for the very idea of losing is hateful to an American.” And then, all of a sudden, the United States stopped winning major wars. The golden age faded into the past, and a new dark age of U.S. warfare emerged. Since 1945, Americans have experienced little except military frustration, stalemate and loss.

Why is the United States unable to win on the battlefield?

With the 10th anniversary of the invasion of Iraq this week, it seems a worthwhile time to reflect on the fact that for all its obvious military advantages over every country on the planet, the United States doesn’t seem particularly good at winning wars anymore.

These are just a sampling of what is becoming an increasingly common admission: America, the world’s greatest superpower, has, since World War ii, been consistently losing. Most of the above articles attempt to explain why. And certain of them make a case for the Gulf War of 1991 as a limited victory among the losses. Following Mr. Armstrong’s death in 1986, even his own successor, Joseph Tkach, wrote in March 1991 that “we were wrong” about these prophesied defeats.

Yet Trumpet editor in chief Gerald Flurry challenged that assumption at the time. “The truth is we won a battle in Kuwait. We did not win a war,” he wrote in February 1991. “The job was left unfinished. Saddam Hussein is still in power—even stronger in some ways—and has turned Iraq into a killing field. [This] will probably plague and haunt President [George] Bush and America for the rest of our lives!” He especially highlighted the disgraceful American abandonment of the Kurds and Shiites who had been encouraged to rise up against Saddam Hussein, calling it “the greatest betrayal in U.S. history” and “some of the greatest shame on our nation’s history!”

Years later, America eventually returned to its unfinished business in Iraq—leading to a widely panned, catastrophic war that resulted in an overall defeat and the turning of Iraq into an Iranian proxy.

In 2019, the Daily Beast wrote: “[M]any historians today view the Gulf War not as the great victory it appeared to be in 1991, but rather as the first campaign in a long, ultimately unwinnable civil war in Iraq that has never truly ended” (emphasis added).

Also, in “Can Wars No Longer Be Won?” the Conversation wrote: “[T]he 1991 Gulf War arguably created more problems than it solved.”

Mr. Flurry, like Mr. Armstrong, was right. How could they make such bold predictions?

Various articles speculate on theories about why the U.S. has faced continual defeat since World War ii specifically. Of course, none of them get to the biblically based reason provided by Mr. Armstrong. And by the same token, none of them were able to foretell these losses, decades in advance. (This is just one of numerous advance prophecies made by Mr. Armstrong—others include the formation of the European Union, Brexit, and the fact that the Cold War would not become hot, to name a few.)

The vital key is understanding the identity of the American and British peoples in Bible prophecy, which Mr. Armstrong demonstrated in his most widely distributed book The United States and Britain in Prophecy (request a free copy here). Connected to that scriptural identity is a prophecy in Leviticus 26, which warns that because of disobedience and moral decline, God would “appoint over you terror” and “break the pride of your power” (verses 16, 26). As the Atlantic rather aptly brought out in 2015: “America’s material strength has another curse. … It’s limited war for Americans, and total war for those fighting Americans. The United States has more power; its foes have more willpower.” It’s as Leviticus 26 describes: America does have power—but with it, a cursed, hollowed-out will to use it.

It’s increasingly obvious that America and Britain have strayed far from God. That was resoundingly clear to Mr. Armstrong directly following World War ii. (For a summary overview of the state of the nation, read “We Are a Righteous People.”) America is certainly not a country turning to God or working to become more moral and “righteous.” It is just the opposite: a nation actively working to banish God from schools, from homes, from lives. It is a country clearly coming apart at the seams. Even John Adams had the clarity of vision to see this would happen. He wrote in 1798: “Our Constitution was made only for a moral and religious people. It is wholly inadequate to the government of any other.”

The catastrophic disaster that is Afghanistan is thus the very latest in a long line of national curses on America that have continued since our last God-given victory in 1945.

The Afghanistan defeat was, therefore, no surprise to the Trumpet. The writing was on the wall. We prophesied the defeat immediately following 9/11—at the same time that organizations like Time magazine were triumphantly predicting “the last days of the Taliban.” Even up to the end of July of this year, Foreign Policy wrote “Stop Assuming the Taliban Will Win.”

Who has been proved accurate? “[T]hus saith the Lord of hosts, the God of Israel; Let not your prophets and your diviners, that be in the midst of you, deceive you, neither hearken to your dreams which ye cause to be dreamed. For they prophesy falsely unto you in my name: I have not sent them, saith the Lord” (Jeremiah 29:8-9).

The modern news media is, of course, limited to accurately reporting on events that have already happened (even then, their accuracy is often dubious). At the Trumpet, in following Mr. Armstrong, our motto is “Tomorrow’s news today,” based on the “more sure word of prophecy” (2 Peter 1:19). And this work of prophecy stands mandated by God’s promise in Amos 3:7-8: “Surely the Lord God will do nothing, [except] he revealeth his secret unto his servants the prophets. … the Lord God hath spoken, who can but prophesy?”

An embattled, humiliated and constantly defeated America has not been without warning from a merciful God who cries out to His people: “As I live, saith the Lord God, I have no pleasure in the death of the wicked; but that the wicked turn from his way and live: turn ye, turn ye from your evil ways; for why will ye die, O house of Israel?” (Ezekiel 33:11).

As we wrote in He Was Right, “It is clear now that our broken-willed nations will not wake up to these ever more imminent threats. But you, as an individual, still can.”

For a deeper study into this subject, request a free copy of He Was Right and The United States and Britain in Prophecy. And to read about the prophesied, hopeful future for America—a future with a promise of victories—request Mr. Flurry’s free booklet Great Again.