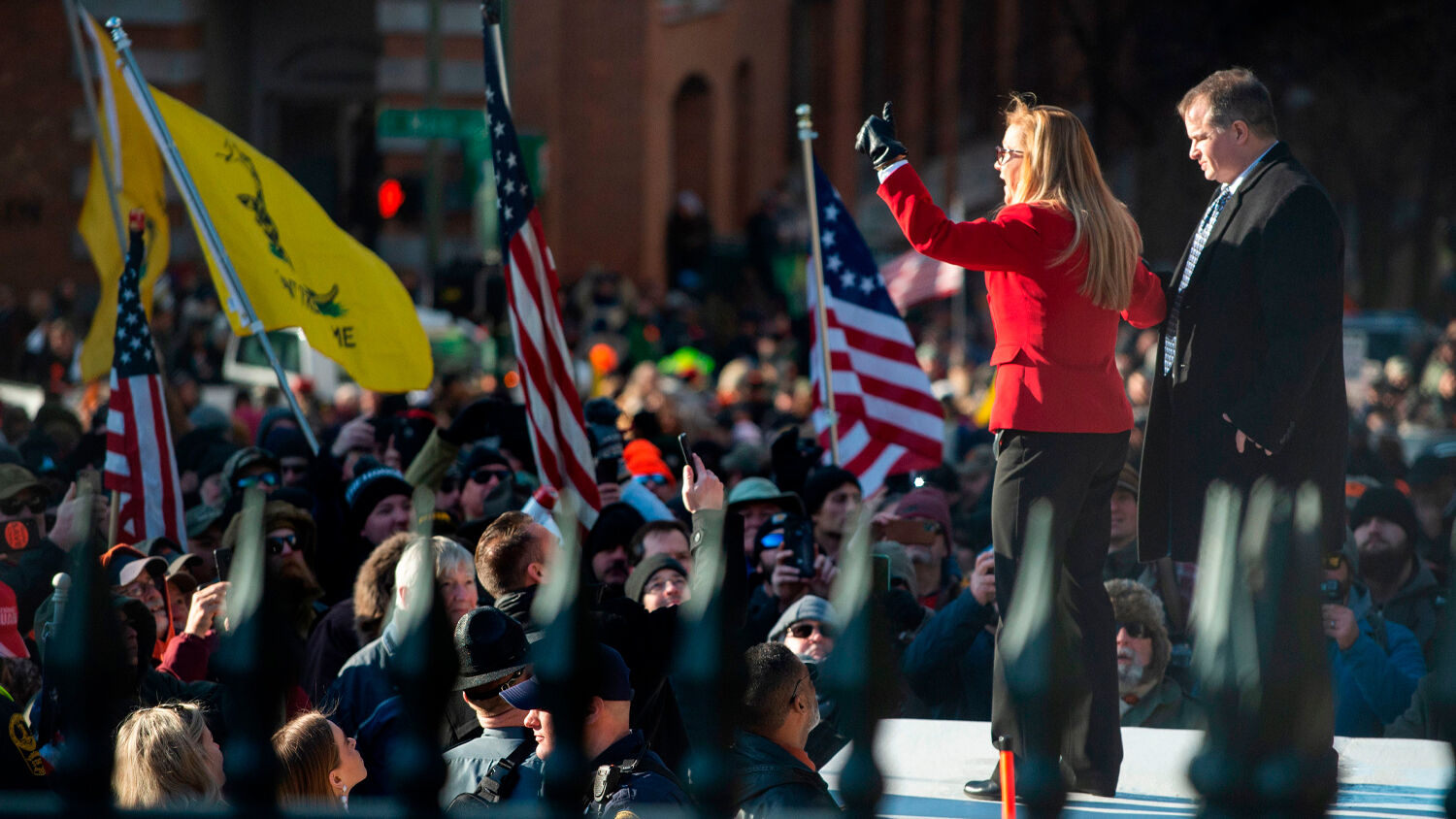 On the final day of Mike Lindell’s cyber symposium to expose fraud in the 2020 United States presidential election, Virginia State Sen. Amanda Chase announced that she would be forming an Election Integrity Caucus with other state legislators across the country. The purpose of this new caucus is to ensure free and fair elections by calling for a forensic audit in every state.

“Going forth, we will have a bimonthly meeting to continue the efforts for partial and full election audits in all 50 states,” Chase said during her press conference. “We are asking for those folks back home to reach out to your legislators and ask them to call for an audit … in their communities.”

Arizona State Sen. Wendy Rogers shared a photo of some members of the Election Integrity Caucus who attended the symposium. Along with Rogers and Chase, the photo showed 21 other legislators. “I am one of the founding members of the newly formed Election Integrity Caucus that consists of legislators from all 50 states,” Rogers said on Twitter. “It reminds me of the Continental Congress. We will meet regularly and we will talk regularly to implement the securing [of] our elections.”

Earlier this month, Rogers called for the imprisonment of Maricopa County officials who refused to comply with a subpoena to turn over passwords, IP addresses and other information needed to audit Maricopa County election results. Now she is working with the Election Integrity Caucus to “take the plenary power that the United States Constitution has given state legislators, and we’re going to take our country back” by starting Maricopa County-style audits in every state in the union.

Despite media sources condemning Lindell’s symposium as a failure, the only major disappointment was that cyberanalysts were unable to examine the 37 terabytes of data Lindell says prove Chinese hackers made Joe Biden the illegitimate president. We don’t know if this “packet capture” data is real or not because it was never presented at the symposium due to multiple hackers trying to infiltrate the “break out room” sessions and corrupt the data.

But Col. Phil Waldron presented evidence on Dominion Voting Systems’ ties to the Chinese Communist Party in a shocking 20-minute video that every American should watch. Ron Watkins, a well-known figure in the QAnon movement, had a segment where he presented leaked screenshots of passwords linked to Mesa County’s voting system showing that voting machines were connected to the Internet during the election. Seth Keshel, Dr. Douglas Frank and Dr. Shiva Ayyadurai gave lectures on statistical anomalies that make the results of the election highly suspicious.

These presentations were enough to convince legislatures in all 50 states to demand that every state be thoroughly audited. And considering that just three years ago even House Speaker Nancy Pelosi expressed support for post-election audits in response to a plethora of vulnerabilities in U.S. election infrastructure, including cyberattacks carried out by the Chinese Communist Party, you would think that legislators on both sides of the political aisle would be eager to join this Election Integrity Caucus.

The Federal Bureau of Investigation is now investigating the Mesa County equipment breach, while Dominion Voting Systems is suing Newsmax, One America News and former Overstock ceo Patrick Byrne for supporting Lindell’s cyber symposium. Questions about the legitimacy of the presidential election are not going away. The next few months will be full of investigations, lawsuits and audits.

“It is practically an open secret that radical Democrats stole the 2020 United States presidential election,” Trumpet editor in chief Gerald Flurry wrote in his July article “What Will Happen After Trump Regains Power.” “Dr. Peter Navarro, a former White House adviser, has uncovered 3,069,002 ‘possible illegal votes’ in just the swing states of Arizona, Georgia, Michigan, Nevada, Pennsylvania and Wisconsin. Since Joe Biden’s ‘victory’ margin in these states was a 10th of that (312,992 votes), no reasonable person can conclude the presidential election was free and fair.”

Mr. Flurry further explained that Bible prophecy shows President Donald Trump will definitely return to power, but “the indication is that regaining office may take considerable work. Donald Trump will have to fight for it. It doesn’t have to be military action, but it certainly could. President Trump could also lead some states to secede from the union. That would lead to some kind of warfare.”

President Trump is an end-time type of King Jeroboam ii, so God is using him to temporarily save America from the radical forces seeking to destroy it. He is going to have to fight to recover the office stolen from him, and the Election Integrity Caucus might be the next step in this fight!

For more on what the Bible says about Donald Trump’s presidency, read Mr. Flurry’s article “What Will Happen After Trump Regains Power.”