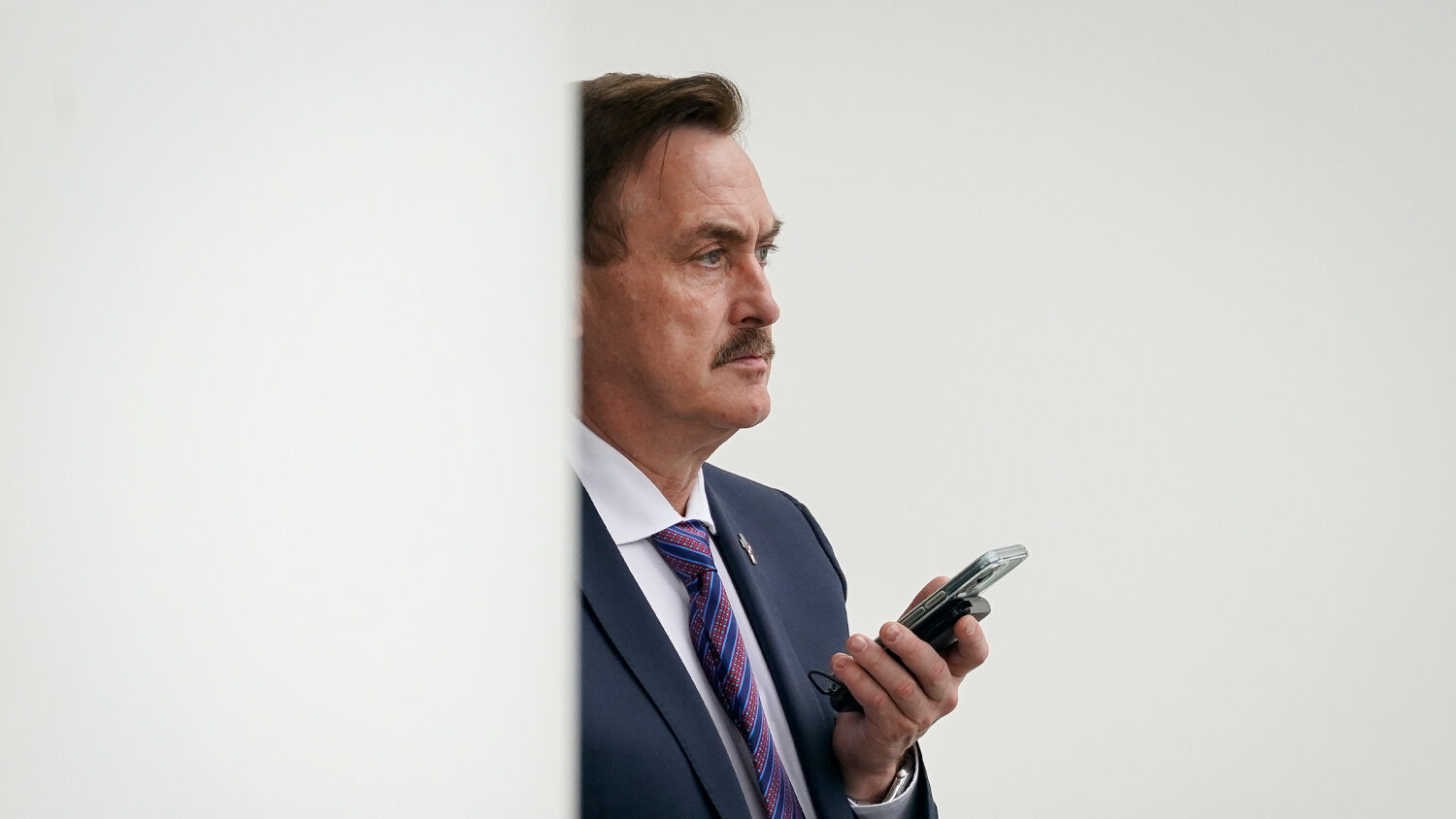 Patriots are doing the type of forensic analysis they should have done in January.

Minnesota businessman Mike Lindell held a three-day Cyber Symposium in Sioux Falls, South Dakota, August 10-12. Its purpose was to expose how the Chinese Communist Party (ccp) used Dominion Voting Machines to steal the 2020 United States presidential election from Donald Trump. The symposium got off to a rocky start on Tuesday as hackers took down the livestream for around an hour, and Dominion sued two news networks that sent representatives to the event—Newsmax and One America News. Still, the symposium gave at least 65 cyber forensic experts a chance to examine 37 terabytes of data that Lindell says prove Chinese hackers made Joe Biden the illegitimate president of the United States.

The symposium started with a video exposing how ubs Securities llc helped Staple Street Capital raise $400 million from anonymous investors a month before the 2020 United States presidential election. ubs Securities llc is the New York-based subsidiary of Swiss bank ubs, which has offices owned by the Chinese government. And Staple Street Capital is a Wall Street private equity firm that owns Dominion Voting Systems. This video also further exposed that Dominion voting machines were connected to the Internet during the election, making them infinitely hackable. (See the infographic from the February 2021 Philadelphia Trumpet for a breakdown of these connections.)

Steve Bannon gave a speech on the Democrat’s three-stage plan to hijack America. First, use a virus engineered by the ccp to lock down the economy and flood ballot boxes with fraudulent mail-in ballots. Second, use voting machines built with ccp hardware to hack the election. Third, infiltrate the January 6 protests and use the violence to slur anyone who says the election was stolen.

The son of Brazilian President Jair Bolsonaro appeared at the symposium after meeting with Donald Trump in New York. He gave a speech on how corrupt officials are also using Brazil’s electronic voting systems to rig elections and how democracies need to use paper ballots that can be audited.

Mesa County, Colorado, clerk Tina Peters told a shocking story about how the Colorado secretary of state raided her office after she promised to release irrefutable proof that the 2020 presidential election was stolen. The conservative website GatewayPundit.com shared screenshots of passwords linked to Mesa County’s voting system, which they say came from Ron Watkins, a well-known figure in the QAnon movement. Since Tina Peters believes the election was stolen, the Colorado secretary of state is accusing her of leaking the passwords to Watkins. Peters denies these charges but has decided to refrain from releasing any data proving election fraud until the investigation winds down.

Dr. Douglas G. Frank, a physicist, chemist and mathematician, discussed troubling mathematical patterns in the election results, indicating that hackers artificially manipulated them. He continues this analysis on subsequent days, helped by the dozens of other forensic cyber experts at the symposium. Mike Lindell has offered a $5 million reward to any analyst who can conclusively disprove the election was stolen from the “packet captures” (pcaps) being analyzed.

Mike Lindell’s Cyber Symposium proved that Communist China is waging cyberwar on America; that Communist China has financial ties to Dominion Voting Systems; that Dominion voting machines can be hacked; and that there are troubling statistical anomalies in the voter data rolls generated by Dominion voting machines. Only a year ago, White House National Security Adviser Robert O’Brien warned that China was targeting U.S. election infrastructure with cyberattacks. So you would think more people would take Lindell’s cyber symposium seriously.

Decades ago, before the U.S. even established diplomatic relations with Communist China, the late Herbert W. Armstrong warned that Communist forces would strip America of its historically unprecedented, God-given blessings. “We are not fighting a single nation in a military war, but a gigantic, worldwide, plain-clothes army, masquerading as a political party, seeking to conquer the world with an entirely new kind of warfare!” he wrote in 1956. “It’s a kind of warfare we don’t understand or know how to cope with. It uses every diabolical means to weaken us from within, sapping our strength, perverting our morals, sabotaging our educational system, wrecking our social structure, destroying our spiritual and religious life, weakening our industrial and economic power, demoralizing our armed forces, and finally, after such infiltration, overthrowing our government by force and violence! All this cleverly disguised as a harmless political party!”

American-style communism is consuming America from within, while Chinese-style communism is besieging America from without. This attack has become so bad that the American people no longer even control their elections. Instead, they rely on scandal-plagued voting machine companies to count their votes for them even when it is public knowledge that these companies are owned by anti-American activists with deep ties to foreign nationals. It is no exaggeration to say that if the American people do not take back control of their elections soon, they will lose their country.

Representatives from every state attended the symposium and many are now returning home intent on looking at how their own elections were compromised.

In the March 2021 issue Trumpet editor in chief Gerald Flurry made a startling forecast: “One thing is certain: God is going to bring Mr. Trump back. We know he’s coming back—it’s in the prophecy! It’s just a matter of when.”

There is a lot of evidence of election fraud. Democrats spent all four years of President Trump’s tenure trying to bring him down, and here they finally succeeded. Yet the courts didn’t want to get involved. Politicians and the media did their best to cover it up. But God saw it all. He is the only one who knows precisely what happened.

Is God showing us that the election was stolen by keeping the flow about Jeroboam going in this prophecy? Perhaps He looks on Mr. Trump as still being president of the United States!

Now more of that theft is being exposed—though too few are working to look back at that stolen election.

To learn more about why the Bible shows that President Trump will be back, read Mr. Flurry’s article: “Why I Still Believe Donald Trump Is Coming Back.”