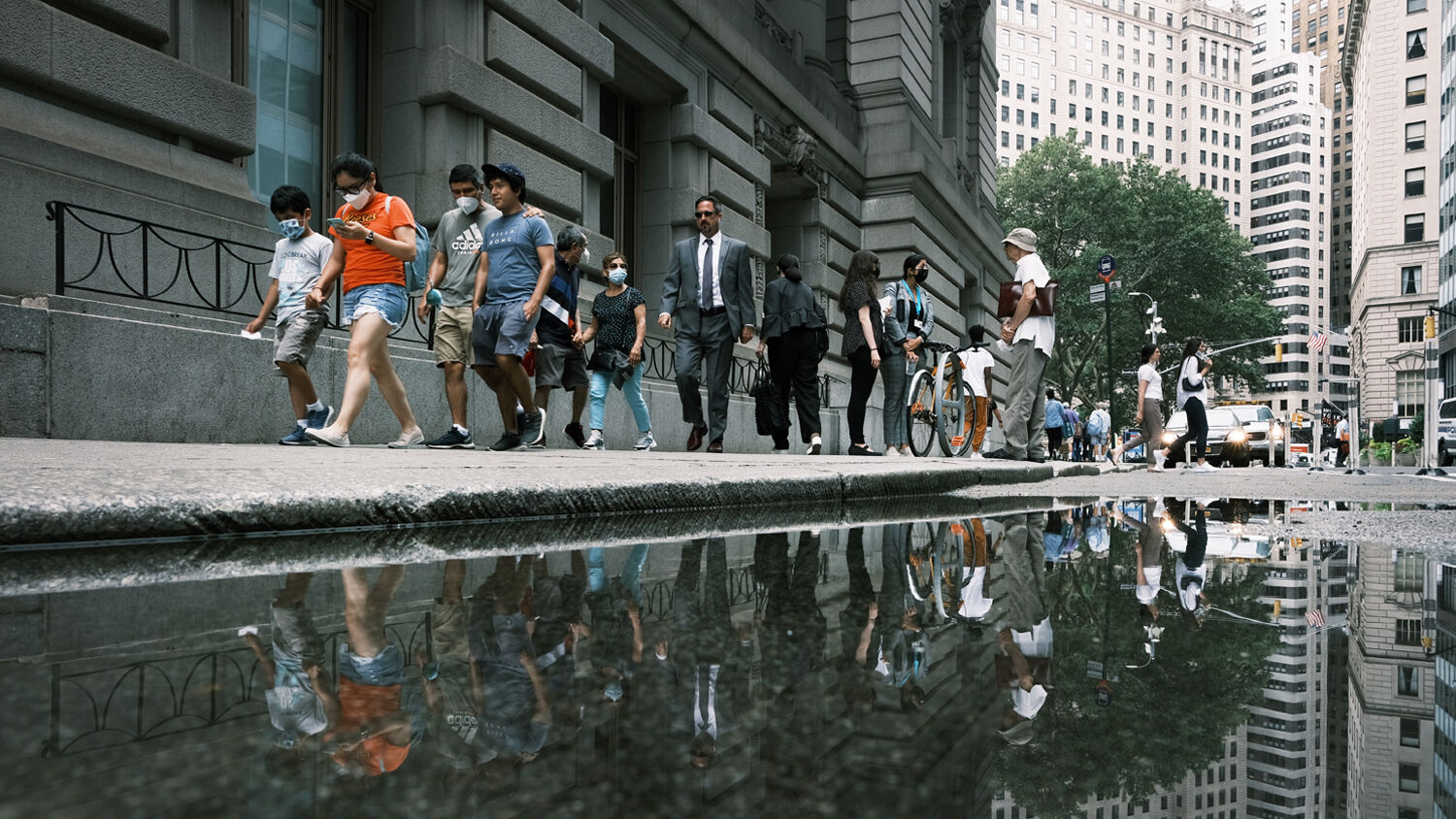 What is the real cause of weather disasters?

Mankind has “unequivocally caused” climate change, and the damage is “irreversible for centuries to millennia.” That is the conclusion of the latest report from the Intergovernmental Panel on Climate Change.

The report describes five climate futures of differing severities. The most extreme scenario predicts that by 2100, the global temperature will rise by 38 to 42 degrees Fahrenheit, making the Earth 30.2 percent wetter in general and making regional drought events four times likelier.

Saleemul Huq, director of the International Centre for Climate Change and Development in Dhaka, remarked: “The new ipcc report is not a drill but the final warning that the bubble of empty promises is about to burst. … It’s suicidal and economically irrational to keep procrastinating.”

United Nations Secretary General Antonio Guterres said: “The alarm bells are deafening, and the evidence is irrefutable: Greenhouse gas emissions from fossil fuel burning and deforestation are choking our planet and putting billions of people at immediate risk.”

The experts are telling us that our climate has changed, we are probably past the point of no return, and we must make radical changes now to reduce greenhouse gas emissions to save our planet.

But the truth is, this is an attack against the United States—and you.

The Intergovernmental Panel on Climate Change has been around since 1988 and has a long history of alarmist assertions. Spiked noted that the organization’s 2007 report claimed North African crop production would drop 50 percent by 2020, and that 80 percent of Himalayan glaciers would be gone by 2035, threatening water supplies in Asia. The 2014 report included a worst-case scenario in which global temperatures would rise 41 degrees Fahrenheit by 2100. Researchers later admitted that this scenario had only an estimated 3 percent chance of occurring.

Meanwhile, climate scientists are now touting a new modeling system known as cmip6 as producing the most accurate climate models ever, and the model is predicting more extreme outcomes. However, many scientists are questioning the accuracy of this new system, particularly its Equilibrium Climate Sensitivity (ecs) setting. Its setting is 41 degrees Fahrenheit, about 1 to 6 degrees higher than most climate models. This makes the model much more sensitive and helps it produce more cataclysmic outcomes of higher temperatures, increasing rainfall in some places, increasing drought in others, and ominously rising oceans.

Carbon Brief explained that scientists are investigating the rationale behind the high sensitivity setting, writing:

[A] number of climate scientists have expressed skepticism of the high-end values, arguing that they are inconsistent with evidence from palaeoclimate records and other lines of evidence. …

[T]he fact that a number of models available so far have a very high ecs means either future warming may be worse than we thought or a number of prominent climate models may be getting climate sensitivity wrong ….

Pseudo-scientific governmental models have been used to scare people before—and drive forward policies. The changed world we live in traces back, in no small degree, to supposedly scientific models predicting covid-19 death rates far higher than the seasonal flu. Governments around the world used this “scientific” rationale to shut down populations of billions of people. If scientists—especially government-associated scientists with an agenda—were wrong on the doomsday covid modeling, might they be wrong on the doomsday climate change modeling?

The efficacy of the models themselves is a secondary, however. The mainstream media is amplifying and accrediting doomsday scenarios. When the science behind it is incomplete at best and intentionally skewed at worst, why use such aggressive scare tactics?

Trumpet editor in chief Gerald Flurry explained it this way in “What the Paris Climate Agreement Was Really About”:

Environmental regulation gives significantly more power to bureaucrats. The governments most in favor of confronting climate change are the socialist, Marxist-type ….

Climate change has become something like a religion for the radical left. They believe it as an article of faith regardless of the evidence. It is a tool they are using to increase their control.

The latest report of the less-than-accurate Intergovernmental Panel on Climate Change is useful to elites who are pushing Americans into a socialist regime. This artificially created, unscientific threat is useful for undermining the remaining freedoms and biblical principles that some Americans still cling to. As Mr. Flurry shows in America Under Attack, Americans are among the descendants of ancient Israel, a nation God has worked through for millenniums to advance His plan for mankind.

The second prong of this attack is the most insidious: Climate change is actually being used to undermine your faith in God!

The premise of man-made climate change is that flooding, droughts, forest fires and hurricanes are caused by pollutants produced by humans. Polluting God’s creation is wrong, and extreme weather events have increased over the past few years. But pollution is not the cause of these disasters. The cause is God. Many scriptures show that God controls the weather. Our booklet Why ‘Natural’ Disasters? explains:

Here is another clear statement of God’s power over the weather—and it explains why God uses it as He does: “He loads the thick cloud with moisture; the clouds scatter his lightning. They turn round and round by his guidance, to accomplish all that he commands them on the face of the habitable world. Whether for correction, or for his land, or for love, he causes it to happen” (Job 37:11-13; Revised Standard Version).

The Bible teaches that God is love, and He hates to see us indulging in sin and thereby destroying ourselves. He uses weather, among other things to correct us for sinning against His law of love (see Deuteronomy 28; Leviticus 26; Psalm 119; Amos 4:7-9; Romans 13:8-10; Galatians 5:14; James 2:8 and others).

Extreme weather events are increasing, but the linear cause-effect relationship is not to our CO2 emissions but to our sins. The solution is not radical policies that push God even further out of the picture. The solution is true repentance toward God. We need faith in the Bible, not in the problematic ideology of climate change progressivism. Why ‘Natural’ Disasters? continues:

God causes these conditions as punishment for pushing Him out of our lives. He is trying to get people to return to Him! This prophecy should help us see the connection between extreme weather upsets and human sin. Certainly we must pray—but we must also return to God! Returning to God requires real, tangible action.

Where do you want to put your faith? In a report of men or in the God of the Bible? The Bible prophesies that weather disasters will continue to get worse in the future. But you can take real, tangible action and have faith in God. Request your free copy of Why ‘Natural’ Disasters? All our literature comes completely free of cost or obligation.