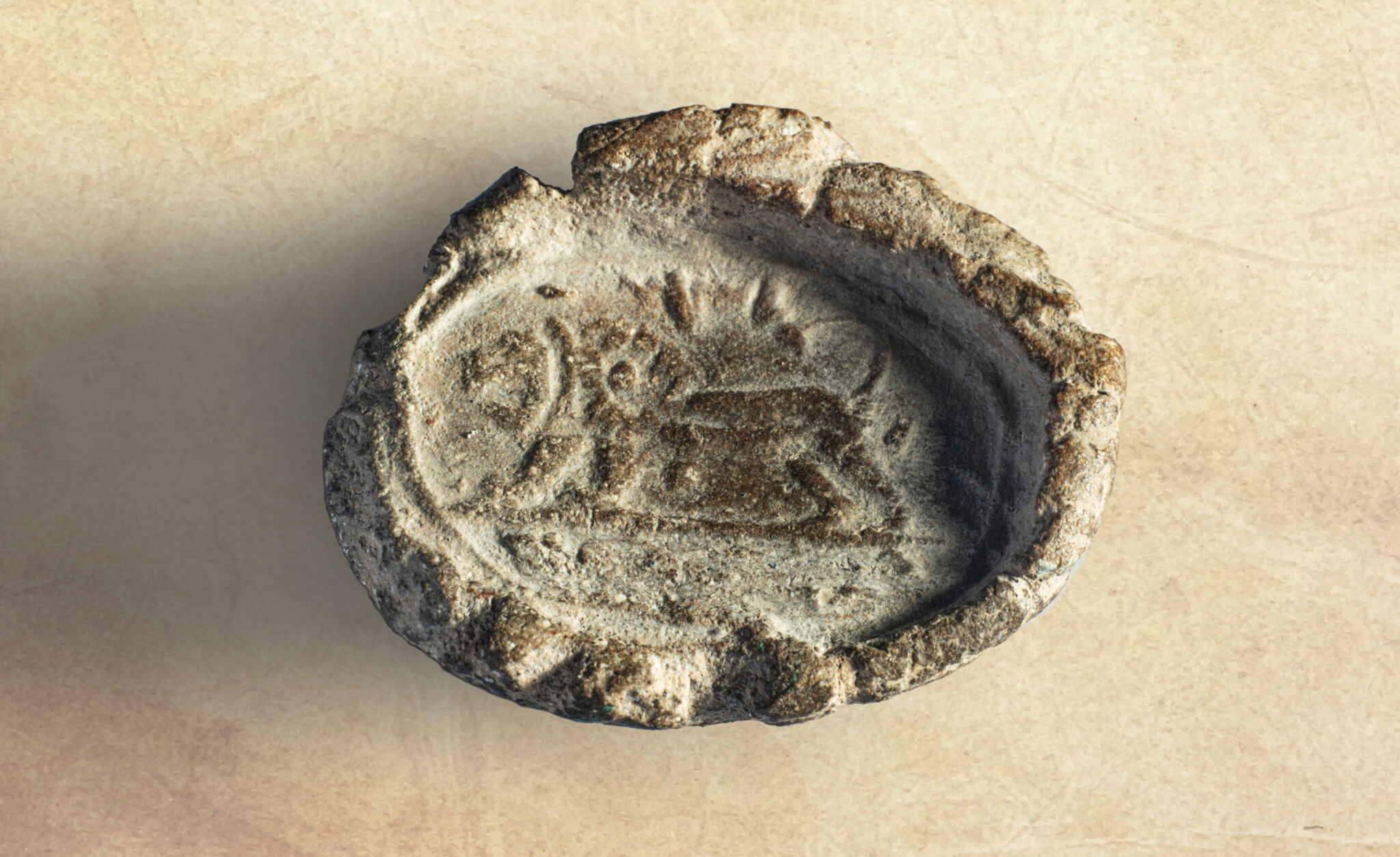 For more than four years, I have explained that United States President Donald Trump fulfills a role prophesied in the Bible of an end-time “King Jeroboam.” You can find this stunning prophecy in Amos 7, which talks extensively about this national leader.

This prophecy is connected to 2 Kings 14, which records the history of King Jeroboam ii in the eighth century b.c. As Israel’s longest-serving monarch, this man presided over a remarkable national resurgence in the kingdom. Like much of Israel and Judah’s ancient history, the events in 2 Kings 14 are dual, which means there is also an end-time fulfillment. (Read our article explaining this on page 23 of this Trumpet issue.)

Amos 7 and 2 Kings 14 are crucial passages to understanding Donald Trump’s presidency, the current political situation in America, and even broader trends in the world.

Even now, with Joe Biden in the White House, I continue to believe Donald Trump will once again become America’s president. The reason is that I understand and believe God’s prophecy in Amos 7. If only more people really believed the Bible, they would have so much more understanding and hope!

Right now, the situation may look dire for Mr. Trump, since he no longer leads the nation and his enemies are so widespread and fierce. Events appear to undermine the prophecy in Amos 7, yet neither God nor His prophecies have changed—which means I cannot change my view either.

Late last year, as it seemed that evidence disproving this prophecy was piling up, we learned about a very special discovery in Israel. I believe God had a hand in this discovery.

In the world of archaeology, the discovery and authentication of a seal stamp (bulla) mentioning a biblical king is rare. The last time it happened was in 2015, when it was revealed that archaeologists had uncovered a bulla mentioning Judah’s King Hezekiah. Last December was another one of those rare occasions. What was the name of the biblical king inscribed on this seal?

It was King Jeroboam ii!

The Lion of Israel

Amanda Borschel-Dan, one of Israel’s finest archaeology journalists, wrote this about the bulla: “What is arguably the earliest inscribed clay seal impression from the land of Israel—used at the court of Israelite King Jeroboam ii—has been authenticated after years of strict laboratory testing under the supervision of Ben-Gurion University Prof. Yuval Goren” (Times of Israel, Dec. 10, 2020).

The timing of this announcement was interesting. This bulla has been around for a long time. In fact, it was purchased from a Bedouin antiquities merchant in the 1980s, more than 30 years ago. For years, the man who purchased this tiny artifact assumed it was a forgery. There was no record of where it came from or how it was discovered. He paid about 10 shekels for it—a few cents.

About five years ago, Prof. Yuval Goren from Ben-Gurion University began testing the seal impression. The procedure was intense. Professor Goren “followed a protocol he had forged over the past decade, which includes a series of overlapping tests from varied scientific disciplines.” Only after five years of scrupulous testing was it announced that the bulla was authentic. The media in Israel and worldwide published many articles about it.

This wonderful artifact brings King Jeroboam ii to life. But it also brings to life Amos 7 and 2 Kings 14, two prophecies about an end-time Jeroboam ii!

I don’t believe the timing of this announcement was a coincidence.

Faith is “the evidence of things not seen” (Hebrews 11:1). My faith is in God’s Word—not in a tiny 2,500-year-old artifact. However, such a discovery can be an inspiring miracle that God often gives to those who believe His message. That encourages us to build even more faith. As our faith grows, so do the miracles. Then our Bible comes alive as never before!

The oval-shaped bulla is small: roughly 3/4 inch tall and 1 inch wide. Though tiny, it packs a powerful message!

On the front is an image of a roaring lion standing with its tail raised. Above the lion is a paleo-Hebrew inscription that reads, “l’Shema eved Yerov’am,” which means “Belonging to Shema the servant/minister of Jeroboam.” This bulla didn’t belong to King Jeroboam personally; it belonged to a servant, or minister, who worked with the king.

The word Shema is used many times in the Bible. It means hear, or listen. This is the word in Deuteronomy 6:4, where God says, “Hear, O Israel ….” The word is used 10 times in the book of Amos, including in chapter 7. “Now therefore hear thou the word of the Lord …” (verse 16). Do you think God might be trying to tell us something with this bulla? I do.

Its depiction of the lion also fits nicely with the biblical record. The book of Amos, written during the time of King Jeroboam ii, mentions lion five times—a lot for such a short book. Between this seal and the writings of Amos, it’s clear the lion symbol carried great significance for Israel under Jeroboam ii.

This wonderful artifact brings King Jeroboam II to life. But it also brings to life Amos 7 and 2 Kings 14, two prophecies about an end-time Jeroboam II. I don’t believe the timing of this announcement was a coincidence.

To many of his supporters—and there are tens of millions of them—Donald Trump possesses the qualities of a lion. Last year, one of these supporters posted a photo on Twitter of the president casting a shadow of a lion. (Remarkably, the shape of the image was similar to the one inscribed on the Jeroboam seal.) The message praised Mr. Trump as having “the courage of a lion.” It is hard to disagree with this evaluation. Over the past four years, and certainly in recent months, Mr. Trump has been fighting with the courage and spirit of a lion. It’s an admirable quality, one that we all need at this time.

A Message the World Needs

When bullae like this are uncovered, they don’t receive enough attention, especially outside of Israel. But the discovery of the seal mentioning Jeroboam ii truly is special, and its discovery carries a lot of meaning for our day. That bulla bears a message of tremendous hope—a message the world desperately needs!

With this bulla, I believe God is encouraging those who truly believe the Bible to hold fast to His prophecy in Amos 7. The people who understand Amos 7 and recognize Donald Trump as the end-time Jeroboam were encouraged and excited by this news. God wants us to see what He is doing with Jeroboam and with His people at this time.

King Jeroboam ii was not a righteous man. Still, God used him to save Israel for a time. 2 Kings 14 says, “For the Lord saw the affliction of Israel, that it was very bitter: for there was not any shut up, nor any left, nor any helper for Israel. And the Lord said not that he would blot out the name of Israel from under heaven: but he saved them by the hand of Jeroboam the son of Joash” (verses 26-27).

Anciently, the kingdom of Israel was in bitter affliction—verging on collapse—when Jeroboam ii came to power. You could say the same about America (and the rest of the modern nations descended from biblical Israel) today: It is in bitter affliction! If the radical left has its way, America, Britain and the State of Israel (biblical Judah) will be fundamentally transformed.

Now that the radical left has control, the “affliction” is quickly getting much worse!

Can anyone looking at events in Washington, D.C., and America right now deny that the nation is suffering “bitter affliction”?

Amos 7:8 says, “And the Lord said unto me, Amos, what seest thou? And I said, A plumbline. Then said the Lord, Behold, I will set a plumbline in the midst of my people Israel: I will not again pass by them any more.” This is God speaking! He has warned these nations numerous times to try to wake them up, but they have ignored those warnings.

So here in Amos 7 He says, I am going to warn these people one last time!

And notice: This final warning occurs during the time of an end-time Jeroboam. “And the high places of Isaac shall be desolate, and the sanctuaries of Israel shall be laid waste; and I will rise against the house of Jeroboam with the sword” (verse 9). When God says, “I will not again warn them any more,” He is talking about the time of Jeroboam.

In spite of what virtually everyone believes, Mr. Trump’s job is not over. Since the 2020 election, he has been roaring like a lion. This is the message God wants us to take from the Jeroboam bulla: God is not done using Mr. Trump! Despite all physical appearances, know that God is directing it all!

In Amos 3:7-8, God says, “Surely the Lord God will do nothing, but he revealeth his secret unto his servants the prophets. The lion hath roared, who will not fear? the Lord God hath spoken, who can but prophesy?”

This is a prophetic message the whole world needs to hear! With the discovery of this bulla, God is bolstering that message delivered by His people. This is certainly an encouraging discovery at this time, and it shows God’s hand in world events.

As difficult as recent times have been, the Bible says world conditions are about to get much worse. The Prophet Daniel warns us that the people of Israel (America and Britain) and Judah (Jews) are barreling toward a time of destruction “such as never was since there was a nation even to that same time” (Daniel 12:1). The prophecy in Amos 7 ends with America falling into terrible calamity and horrible suffering.

These are urgent and sobering prophecies, but they are also exceedingly bright and hopeful. Never forget the truth revealed in Amos 7: God is delivering a final warning! He is so loving and merciful and compassionate. And He is giving the people one final opportunity to repent, to change their behavior, to stop sinning, to return to Him!

Donald Trump is going to return. When he does, a lot of people, especially the Jews, will be pleased. But when this happens, we must remember Amos 7 and 2 Kings 14. God will be the one behind Mr. Trump and what he accomplishes!

No politician can save America or Israel. The ultimate savior will be the real “lion of Judah” (Genesis 49:9-12; Revelation 5:5)—Jesus Christ. Do you hear that lion roaring? This is only the beginning. Who can but prophesy?