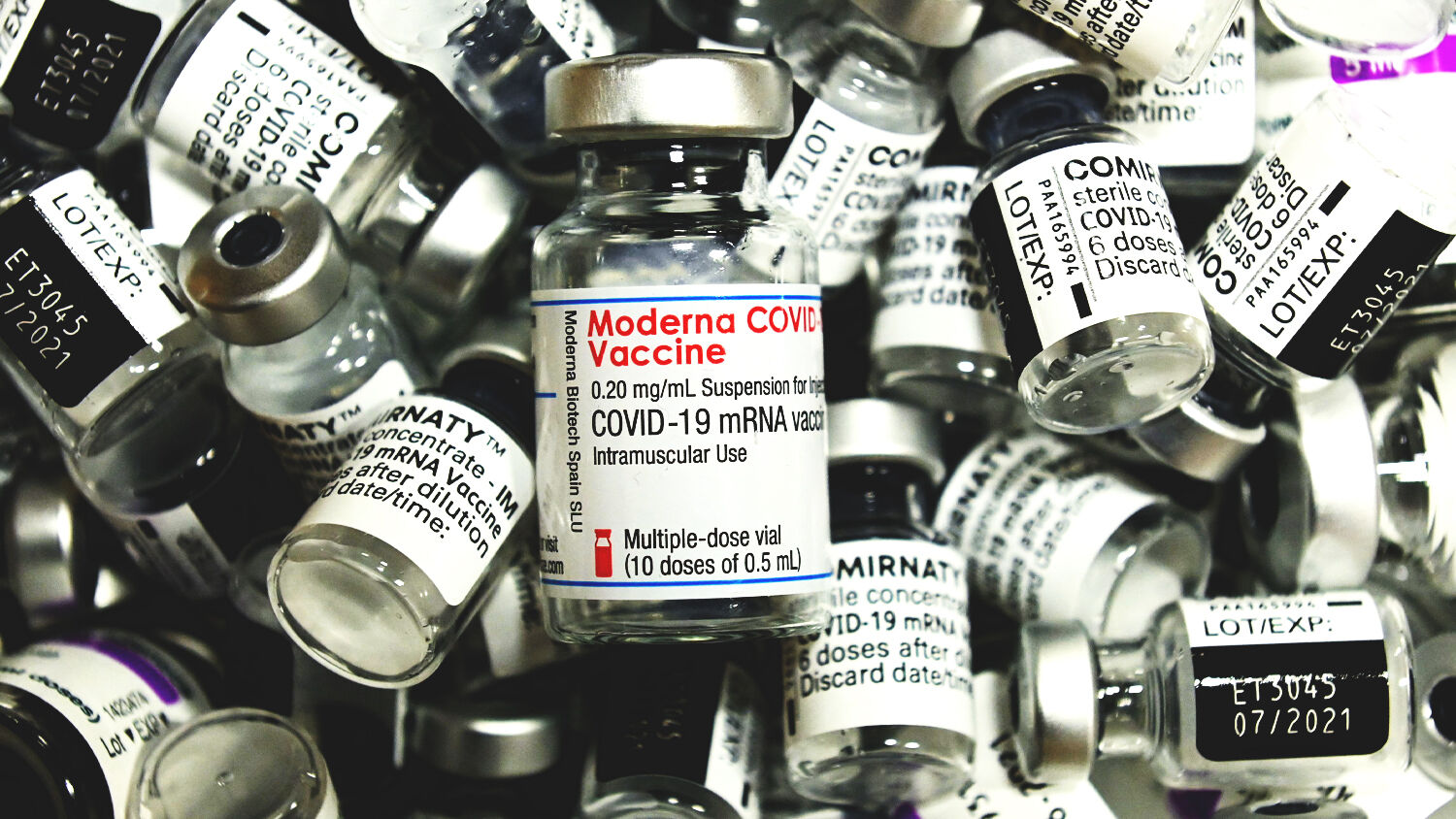 Government-enforced lockdowns have not been bad news for everybody.

With more people working remotely, staying home, surfing the Internet, and shopping online, Apple, Microsoft and Google have more than doubled their collective value since the pandemic began. And with the government pressuring people to get vaccinated, Merck, Moderna, Sanofi, Pfizer and Johnson & Johnson will likely split $100 billion in sales and $40 billion in profits between them.

The pharmaceuticals and health products industry donated more than $5.9 million to Joe Biden’s presidential campaign and now they are reaping the dividends. On February 11, Biden agreed to purchase 600 million covid-19 vaccines from Moderna and Pfizer. On February 27, he approved Johnson & Johnson’s vaccine for emergency use—prompting the company to team up with Merck to provide 100 million additional vaccines. Since the price for a double jab is about $40, these contracts will earn big pharma roughly $40 billion in the United States alone.

And these figures are just the sales. The government has also given pharmaceutical companies billions of dollars in research grants. Operation Warp Speed doled out $22 billion for research and testing.

After the first infusion of taxpayer money to Moderna, the head of Operation Warp Speed, Moncef Slaoui, was awarded options to buy 18,270 shares in Moderna. These were added to 137,168 options he already had. This allowed Slaoui to reap $8 million in personal profit when he resigned from the Moderna board after public officials noted that he had a financial interest in promoting Moderna vaccines.

Operation Warp Speed advisers and Pfizer employees William Erhardt and Rachel Harrigan maintained financial stakes in Pfizer, and former U.S. Food and Drug Administration commissioners Dr. Scott Gottlieb and Dr. Mark McClellan have seats on the boards of covid-19 vaccine developers. The deeper you dig into the connections between big government, Big Tech and big pharma, the more evident it becomes that a group of corrupt leaders has used the coronavirus pandemic to flood ballot boxes with fraudulent mail-in ballots while earning billions for tech and pharmaceutical executives. Meanwhile, nearly 100,000 small businesses permanently shut down during the pandemic.

After the pandemic is over, giant corporations may be the only businesses left. “Eventually, the overall economy will recover, more or less,” reported Prof. James Kwak in a Washington Post editorial. “But the coronavirus will radically reshape Main Streets across the country, accelerating changes long in the making—chain stores will replace mom-and-pop businesses, some storefronts will remain vacant, and cash that once went into local hands will be redirected to Amazon and Walmart.”

This economic transformation is reminiscent of a transformation that occurred in ancient Israel during the reign of King Jeroboam ii. Israel expanded its borders and took control of the trade routes connecting the Assyrian and Egyptian empires. A new class of powerful Israelite elites grew rich trading in olive oil, wine and war horses. But these elites used their wealth to exploit their own people, and the gap between the rich and the poor grew larger (Amos 6:1-7). The Prophet Amos condemned these powerful elites, saying they “swallow up the needy, even to make the poor of the land to fail” (Amos 8:4-7).

Today, this same attitude is in America—especially among the oligarchical class forcing small-business owners to shutter their doors so Big Tech can profit from the lockdowns and big pharma can profit from the vaccine drives. These oligarchs put far away the evil day and refuse to mourn for the affliction of their nation, yet God prophesies that they shall go captive with the first wave when America is finally conquered by a foreign enemy. Donald Trump built his political campaign on a promise to drain the swamp and start fighting for the interests of everyday Americans. But his campaign will be short-lived if the American people do not repent of the sins that brought the nation to where a cabal of corporate executives, establishment politicians and “deep state” bureaucrats could take over and start making decisions that empowered themselves and oppressed everyone else.

To learn more about how the book of Amos gives us a clear indication of where America is in the time frame of Bible prophecy, please read The Lion Has Roared, by Gerald Flurry.