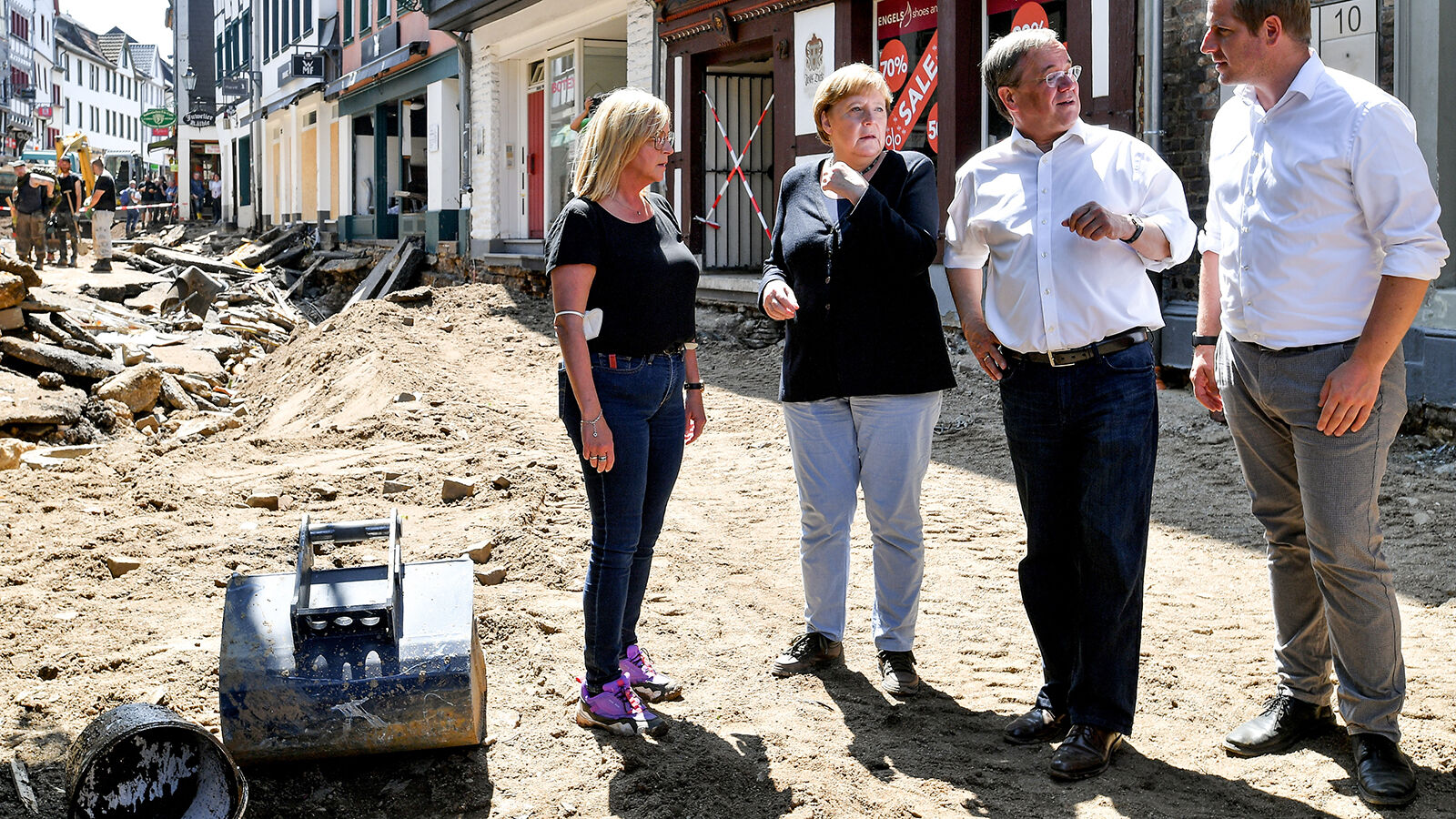 Could this turn the tide for the would-be chancellor?

Out-of-control flooding has taken more than 180 lives in Western Europe. As of July 20, at least 165 people have died in Germany. This includes at least 117 people in the state of Rhineland-Palatinate alone. Belgium, Luxembourg and the Netherlands, while impacted, have reported far fewer deaths.

With German elections around the corner, such floods are bound to have a political impact.

An untold number of Germans remain missing, so the death toll could be much higher.

Meanwhile, heavy rains are flooding southeastern Germany and Austria. As of July 18, the damage from these eastern floods hasn’t been nearly as catastrophic.

The Rhineland, along Germany’s western border, holds some of the nation’s most populous cities. Major cities affected by the floods include Mainz and Trier in the state of Rhineland-Palatinate and Düsseldorf, Cologne and Aachen in the state of North Rhine-Westphalia.

“It is a surreal, eerie situation,” said Chancellor Angela Merkel as she visited a disaster zone. “It is shocking—I can almost say that the German language doesn’t have words for the destruction that’s been wreaked.”

North Rhine-Westphalia State Premier Armin Laschet, the new leader of Merkel’s Christian Democratic Union (cdu), said: “We do not yet have an exact picture of how many victims there are in the state of North Rhine-Westphalia. But we can assume that there are several dead, who were victims of this flood catastrophe.”

Germany is heading for a parliamentary election in September. Laschet is the current frontrunner. His response to this crisis in his home state could be one of his first major tests this election.

The Greens under Annalena Baerbock was previously the frontrunner. But the party has since declined in popularity. Many blame the current flooding on climate change. If the Greens could show themselves as the solution to the problems in North Rhine-Westphalia, the cdu could lose popularity with the voters.

The cdu has already been criticized for its vague climate policy. Laschet axed a roughly 80 mile per hour speed limit on the autobahn in his state to combat fossil fuel emissions. He also implemented a law that puts big limits on wind turbine construction. This may explain his “climate warrior” rhetoric in the face of the flooding. “We will be faced with such events over and over, and that means we need to speed up climate protection measures on European, federal and global levels, because climate change isn’t confined to one state,” he said.

Laschet committed a major faux pas on July 17. As German President Frank-Walter Steinmeier gave a speech in North Rhine-Westphalia, behind him were Laschet and some others. While Steinmeier was speaking on the gravity of the situation, Laschet was laughing with his associates.

As far as the election is concerned, this could break Laschet. Or it could make him.

It’s too early to calculate the ultimate political cost of the floods. But Laschet is one of the main people in a position of power to clean up the mess. As leader of the largest party in the Bundestag (German parliament), he has even more means to help, even if he isn’t chancellor yet. Saving North Rhine-Westphalia from the depths of ruin could be a political lifeline—there are a lot of voters in North Rhine-Westphalia.

A catastrophic flood turned the tide for another German politician in recent memory. In 2002, an election year, Chancellor Gerhard Schröder was floundering in the polls. It looked like Bavarian State Premier Edmund Stoiber would oust him. But the Elbe and Oder Rivers overflowed and flooded surrounding communities. Schröder’s rapid response to the disaster helped him win a second term.

Depending on Laschet’s next move, something similar could happen. Catastrophes tend to increase the desire for a strong leader. If Laschet shows himself such a leader, this could prove a boost. But if he fails, the desire for an alternative would rise. With no clear strong leader up for vote, it could get people looking for other solutions. As we reach the end of the 16-year era of Angela Merkel, this will be a watershed election for Germany.

Merkel has dealt with a lot through her time as chancellor: the European debt crisis, the refugee crisis, Brexit, a resurgent Russia—the list goes on. Now, at the end of her mandate, Germany is looking a bit battered. Whoever wins September’s election has a chance to breathe some new life into Germany.

“Strong leaders are rising on the world scene today in several nations, including Russia, China and Iran,” writes Trumpet editor in chief Gerald Flurry in his free booklet A Strong German Leader Is Imminent. “But what about Europe? What about Germany?

“Germany is one of the top exporters of military armaments in the world, and the third-largest exporter of goods. Its economy dominates the European Union. But Germany does not have a strong leader. Many critics have been voicing this view quite often lately.” This election could change this.

Armin Laschet isn’t necessarily the strong leader Germany is waiting for. But he is an interesting man to watch, especially when one considers his cultural heritage.

Watch the upcoming elections in Germany. Circumstances are underway that will revolutionize German politics in a way few are expecting. To learn more, please request a free copy of A Strong German Leader Is Imminent.