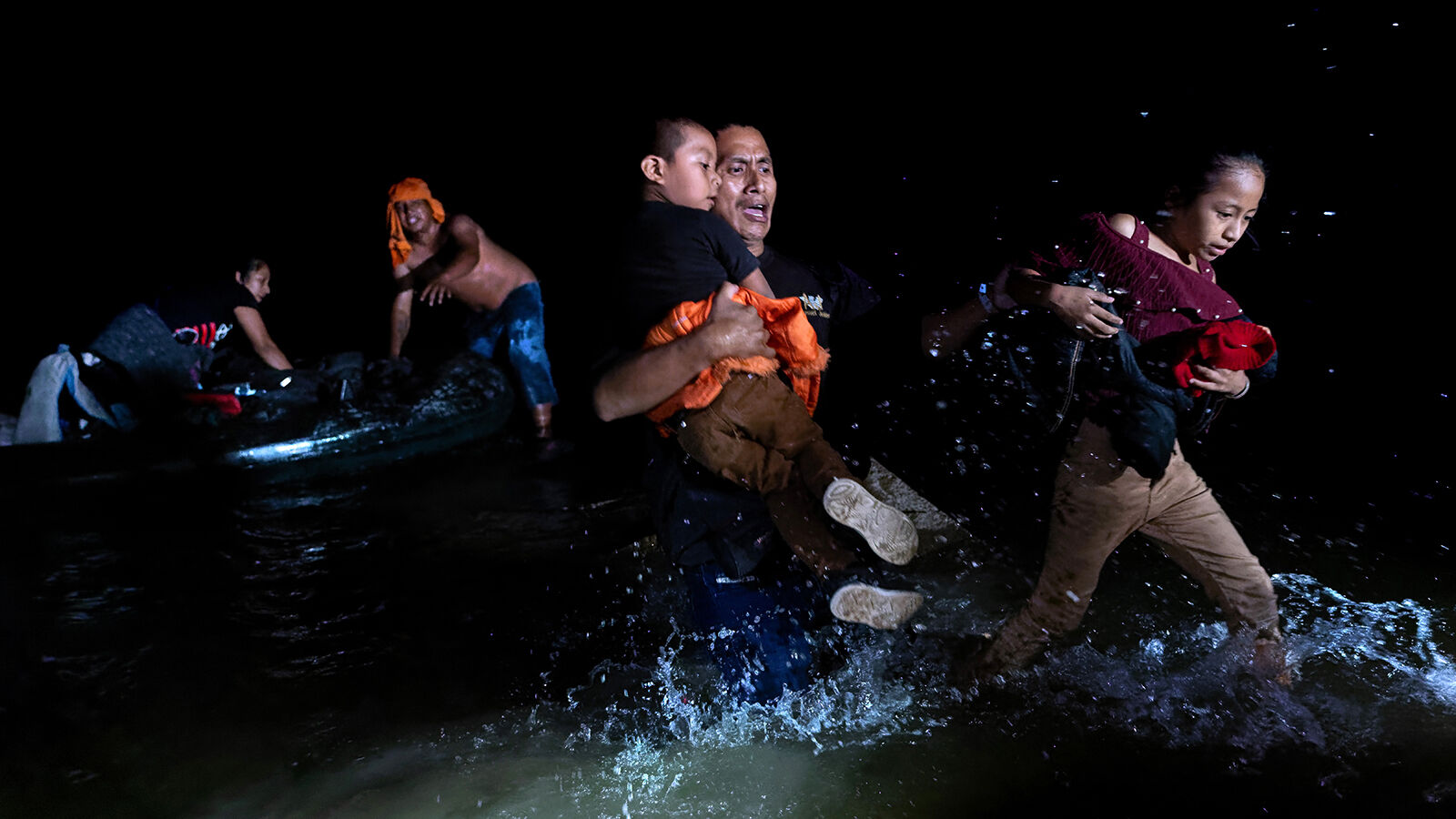 An immigrant father grips his children while walking ashore on the bank of the Rio Grande at the U.S.-Mexico border on April 14, 2021 in Roma, Texas. A smuggler had rafted them over from Mexico with fellow immigrants. A surge of mostly Central American immigrants crossing into the United States, including record numbers of children, has challenged U.S. immigration agencies along the U.S. southern border.
John Moore/Getty Images

A new analysis by the Center for Immigration Studies finds that rising immigrant populations around the United States will result in Democratic politicians winning more elections. Therefore, the Democrats are doing everything they can to encourage more progressives to move to the U.S.—legally or illegally. Preliminary data indicates that Border Patrol at the U.S.-Mexico border has encountered almost a million illegal immigrants attempting to enter the country since Joe Biden took the oath of office—more people than live in the city of San Francisco.

The Biden administration blames Donald Trump for the problems on the U.S.-Mexico border, saying Trump refused to share critical information during the presidential transition period. Leaked e-mails show that Biden has enlisted the U.S. Air Force to resettle illegal immigrants in U.S. cities.

On July 15, Fox News host Tucker Carlson revealed that a Pentagon whistleblower had sent him some incriminatory e-mails from Lt. Col. Matthew Burrows of Laughlin Air Force Base in Texas. In these e-mails, Colonel Burrows informs his subordinates that they will be using passenger aircraft to transport illegal immigrants around the United States, settling them in various cities and towns. He also informs them they are banned from taking photographs or revealing that this operation is happening. After Carlson obtained copies of Colonel Burrow’s e-mails, both military spokesmen Chris Mitchells and U.S. Immigration and Customs Enforcement confirmed that personnel at Laughlin Air Force Base were indeed relocating foreign nationals into the interior of the country.

During Donald Trump’s presidency, the Pentagon refused to protect America’s southern border, saying that was not their job. Yet now the Pentagon has no problem using taxpayer dollars to fly Latin American immigrants from the U.S.-Mexico border to cities and towns inside the United States.

Tucker Carlson also noted that since Biden took the oath of office in January, there have been reports of commercial and charter buses transporting tens of thousands of illegal aliens to cities in Florida, Georgia, Kentucky Massachusetts, Missouri, New Jersey, North Carolina and Tennessee.

Since this program to resettle illegal immigrants in U.S. cities was supposed to be secret, there is no official word on why the government is pouring resources into it. And since Congress has not passed an amnesty bill, nor have courts granted these immigrants asylum, the program is illegal and unconstitutional. “What you’re watching is demographic transformation, in our country, without our consent and in violation of our laws,” said Carlson. “It’s moreover a violation of the most basic promise of democracy, which is that citizens get to control who runs the government.”

Some analysts think demographic shifts caused by illegal immigration could turn Texas into a Democratic stronghold by the 2024 presidential election—meaning no Republican would be able to win a future presidential election. Democrats would be able to transform the U.S. into a socialist state simply by nixing voter ID laws that require people to prove they are citizens before voting.

“This is an orchestrated, Communist assault on America, to destroy America’s borders, to create confusion in America, to overwhelm the system politically,” New Zealand author Trevor Loudon told the Epoch Times. “You can see what 15, 16, 20, 25 million new Democratic voters is going to do to this country. You will lose Texas; you’ll lose Florida; you will lose Georgia, Arizona, North Carolina. There will never be, ever, another Republican or conservative president in our lifetimes. You will have a one-party state in America. And that is the plan. That is why they are doing this.”

The Biden administration could have used passenger planes at Laughlin Air Force Base to deport illegal immigrants back to their home countries, but it has deliberately chosen to illegally resettle them in U.S. cities as part of a strategy to fundamentally transform America.

Media reports describe the fearsome surge of migrants pouring across the border, but America’s leaders are so senseless that they are deliberately abetting this crisis.