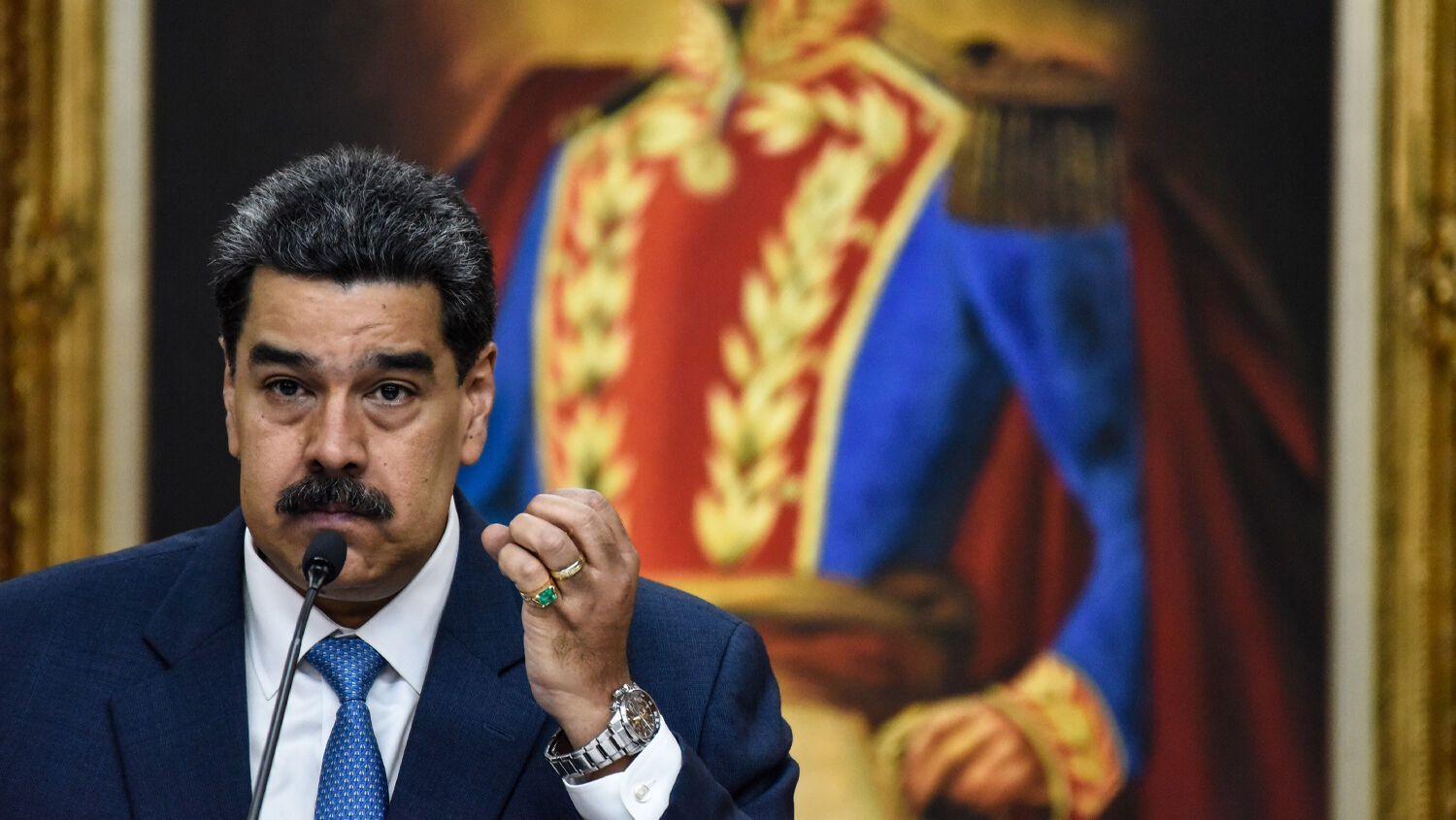 While America was preparing to celebrate Independence Day, representatives from the largest socialist political organization in the United States met with Venezuelan dictator Nicolás Maduro. According to the television network Telesur, the chairperson of the National Political Committee of the Democratic Socialists of America led a delegation to Venezuela on July 2 to meet Maduro and pledge solidarity with his fight against the U.S. embargo against his country.

This is not a new stance for the Democratic Socialists of America. In 2016, it publicly demanded that President Barack Obama revoke sanctions imposed on the Bolivarian Republic of Venezuela. But this recent show of support is significant because this group is more influential now than it was during the Obama presidency.

Socialism is going mainstream. Including Ocasio-Cortez, Tlaib, Bush and Bowman, 90 representatives in Congress belong to the Congressional Progressive Caucus, which was cofounded in 1991 by self-described democratic socialist Sen. Bernie Sanders. In 1997, the Democratic Socialists of America’s political director, Chris Riddiough, organized a meeting with the Congressional Progressive Caucus to discuss how the two groups might “unite our forces on a common agenda.” The two organizations have remained ideologically close ever since. This means the radical left controls 20 percent of the House of Representatives and 41 percent of the entire Democratic Caucus.

In the early 2000s, leftists in America and Britain loved to praise Hugo Chávez’s new socialist regime in Venezuela. But much of this praise ceased after Chávez seized control of all branches of power: executive, legislative, judicial and military. Now, only groups like the Democratic Socialists of America continue to hold up Venezuela as an example for America to follow. Despite the praise that American socialists like Sanders and Ocasio-Cortez heap on welfare states like Denmark, Norway and Sweden (these Scandinavian nations are largely pro-capitalist in wealth creation and socialist in wealth distribution), the amount of bureaucratic regulation the radical wing of the Democratic Party is proposing is far more akin to Venezuela than Scandinavia.

This is a primary reason why the Democratic Socialists of America want the U.S. to lift its embargo on Venezuela. They defend Venezuela’s Bolivarian Revolution like Black Lives Matter defends the Cuban Revolution. Both of these groups believe U.S. socialists need to join forces with foreign socialists to tear down America’s constitutional government.

In its purest form, socialism means that the government controls the entire economy. The government owns not only the postal service, it owns all businesses—without competition. Most modern American socialists say the government doesn’t have to literally own all businesses as long as it heavily regulates and taxes them. People like Sanders emphasize that they are democratic socialists, meaning this powerful government would be voted in by a majority of the people.

But as the Venezuelan people found out the hard way, democratic socialism has a tendency to morph into authoritarian socialism very quickly. It is like former U.S. President Gerald Ford said, “A government big enough to give you everything you want is a government big enough to take from you everything you have.” Democratic socialism in Cuba, Venezuela and numerous other counties turned into a nation-size horror story—not because people didn’t get to vote, but because government officials ignored or did away with laws that limited the government’s power and protected individual rights.

What Karl Marx called the “dictatorship of the proletariat,” American Founding Father John Adams called the “tyranny of the majority.” Marx was an atheist, while Adams believed in the Bible. And although Adams might not have known it, the Bible shows that the modern descendants of ancient Israel include the United States. The Prophet Isaiah prophesied that these modern Israelites would become sick in their reasoning and faint in their hearts (Isaiah 1:4-7). He also prophesies that their nation would be laid desolate by civil war. How could a dramatic prophecy like this be fulfilled? How could the most powerful and prosperous nation in human history fall into such a terrible fate as this?

One reason Americans will clash with one another is over this issue of government control. By its very definition, big-government socialism is directly opposed to small-government constitutionalism. Socialism is based largely on atheism, and the American Constitution is based largely on the Bible. Socialists are gathering strength within America and attempting to forge alliances with socialists outside America. The goal is to fundamentally transform the country.

What most people don’t understand about “democratic socialism” is that its aim of socialism in the United States is to overthrow its constitutional form of government—by violence if necessary. Socialists usually downplay this, but the protests and riots occurring across America today are not really against Donald Trump, or Republicans, or the police; they are really against America’s constitutional form of government. How widespread and how violent will this movement get? The history of socialism—and Bible prophecy—provides the chilling answer!

To learn more about the nature of democratic socialism and the organizations that espouse it, please read “What the World Needs to Learn From Venezuela,” by Trumpet managing editor Joel Hilliker.