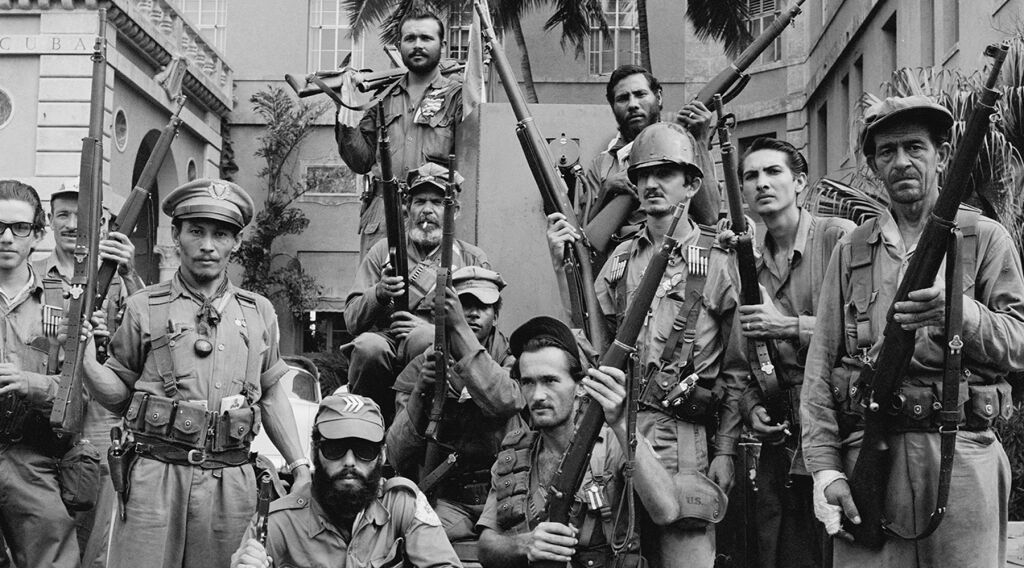 As left-wing leaders around the world lament the loss of Cuban dictator Fidel Castro, Black Lives Matter has published its own editorial praising his legacy: “Lessons From Fidel: Black Lives Matter and the Transition of El Comandante.”

“Although no leader is without their flaws, we must push back against the rhetoric of the right and come to the defense of El Comandante,” the group founded by Patrisse Cullors, Opal Tometi and Alicia Garza wrote in an editorial published Sunday. “And there are lessons that we must revisit and heed as we pick up the mantle in changing our world, as we aspire to build a world rooted in a vision of freedom and the peace that only comes with justice.”

Even though Fidel Castro locked up one out of every 18 Cubans as political prisoners in the aftermath of the Cuban Revolution—an incarceration rate higher than that of Josef Stalin’s Soviet Union—the authors of this editorial insist that there are lessons of “freedom” and “peace” to be gleaned from his example.

Specifically, the editorial said, “From Fidel, we know that revolution is sparked by an idea, by radical imaginings, which sometimes take root first among just a few dozen people coming together in the mountains. It can be a tattered group of meager resources, like in Sierra [Maestra] in 1956 or St. Elmo Village in 2013.”

Of course, the Sierra Maestra mountains were where Fidel and Raúl Castro, along with Che Guevara, took refuge in 1956 after returning to Cuba from exile in Mexico. It was from this base that Castro and his followers launched the revolution that ended in the Communist takeover of Cuba. This Black Lives Matter editorial is comparing Castro’s “tattered group” to the 30 or so would-be revolutionaries who met in Patrisse Cullors’s house in St. Elmo Village, California, to found Black Lives Matter in 2013.

Of course, Castro promised most of these things to the Cuban people in 1956. Yet implementing such a list of rights obligates the government to provide its citizens with all these things using money confiscated from others in the form of taxes. Anyone who refuses to pay for someone else’s inalienable right to a “regular vacation” has to be forced to do so by the state. Anyone who opposes this plan must be silenced. And so the nation slides down a slippery slope into the same pit of tyranny that consumed Maoist China and Soviet Russia.

“With Fidel’s passing, there is one more lesson that stands paramount: when we are rooted in collective vision, when we bind ourselves together around quests for infinite freedom of the body and the soul, we will be victorious,” the editorial concluded. “As Fidel ascends to the realm of the ancestors, we summon his guidance, strength and power as we recommit ourselves to the struggle for universal freedom. Fidel Vive!”

The Black Book of Communism estimates that nearly 100,000 people perished at the hand of Castro’s Communist regime (either by firing squads, assassinations, imprisonment or ill-fated attempts to flee the island). Yet the Black Live Matter movement wants to use Castro’s revolution as a template for its vision of America’s future.

While Black Lives Matter may masquerade as a human rights group concerned about police brutality, most of the 13 guiding principles listed on the group’s website espouse globalism, collectivism, socialism and the destruction of “the Western-prescribed nuclear family structure.” The Movement for Black Lives, the name for the 50 organizations representing the ideology of the Black Lives Matter movement, released a policy statement last August that unabashedly called for collective ownership of resources, banks and businesses; a highly progressive income tax; a guaranteed minimum income; and other planks of Karl Marx’s Communist Manifesto.