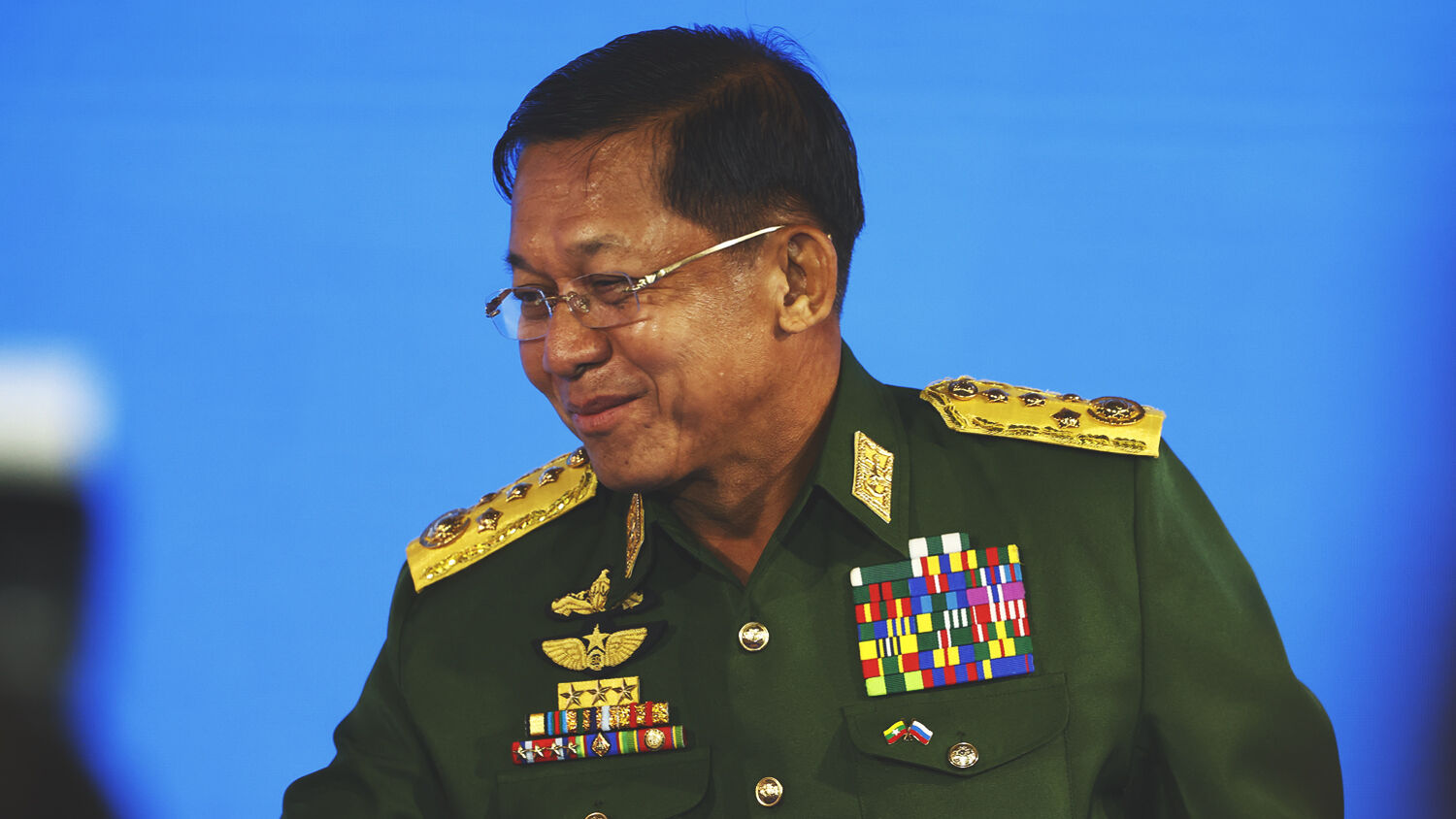 Why has Moscow justified Myanmar’s coup, shielded its military from harsher sanctions, and continued its arms sales to the violent junta? Bible prophecy supplies the answer.

The leader of Myanmar’s military junta landed in Russia for a security conference on June 20, just days after the United Nations General Assembly called on member states to “prevent the flow of arms into Myanmar.”

The UN approved the resolution by a vote of 119 to 1, with 36 abstaining. Only Belarus, a Russian lackey that also sells weapons to Myanmar, voted against the resolution.

With the support of 119 countries, the UN General Assembly adopted a resolution that calls on Myanmar’s military junta to restore the democratic transition and calls on all member states “to prevent the flow of arms into Myanmar.” The international community has spoken. pic.twitter.com/DqCPAwPX3R

Since February 1, when Myanmar’s military ended the nation’s experiment with partial democracy by seizing power from democratically elected leaders, the nation has been in a state of chaos. Citizens have taken to the streets to protest the military takeover. Security forces have responded to the protests by killing nearly 900 people.

Most Western countries have shunned Myanmar as a result, placing it under sanctions. Action by the unsc would apply pressure on Myanmar’s military junta.

But as one of the five permanent members of the unsc, Russia has the power to veto any such resolution—and all evidence indicates it would. Russia abstained from supporting the resolution to stop arms sales into Myanmar, and it was joined by China and five of Myanmar’s Southeast Asian neighbors.

Furthermore, Myanmar’s leader, Gen. Min Aung Hlaing, attended the security conference in Moscow at “the invitation of the Russian defense minister,” according to state-run broadcaster mrtv.

At a time of increasing isolation, Russia is one of the few remaining friends Myanmar’s junta has. It has refused to openly condemn a murderous regime. In fact, it has justified the coup, shielded Myanmar from harsher sanctions, and continued its arms sales.

According to analysts Artyom Lukin and Andrey Gubin, Russia’s support is “driven by the desire to keep lucrative military contracts and possibly gain a foothold in the Indian Ocean.”

“Viewing itself as a global great power, Russia has a stake in maintaining a strategic presence in Myanmar, a geopolitically important country in the Indo-Pacific,” they wrote. “To retain and expand Russia’s links with Myanmar, the Kremlin has banked on the generals.”

The Trumpet keenly watches Russia’s growing influence in Asia and power-grabbing moves by Russian President Vladimir Putin because they are leading to the fulfillment of some specific Bible prophecies.

In Revelation 9:16, the Apostle John records a prophecy about an army with 200 million soldiers, “the kings of the east” (Revelation 16:12). Ezekiel 38 shows the composition and leader of this enormous military bloc: “Son of man, set your face against Gog, of the land of Magog, the prince of Rosh, Meshech, and Tubal, and prophesy against him, and say, ‘Thus says the Lord God: ‘”Behold, I am against you, O Gog, the prince of Rosh, Meshech, and Tubal”‘” (verses 2-3; New King James Version).

“Gog” refers to Russia, and “the land of Magog” refers to a vast Eurasian stretch of land that includes China and other Asian nations. “Meshech and Tubal” are ancient names for the Russian cities Moscow and Tobolsk.

In his booklet The Prophesied ‘Prince of Russia,’ Trumpet editor in chief Gerald Flurry explains who will fulfill the role of the “prince of Rosh”:

Rosh was the ancient name of Russia, once called Rus. Many encyclopedias and commentaries (such as the Jamieson, Fausset and Brown Commentary) recognize this. So who is this “prince” of Russia, Moscow and Tobolsk? The use of all three names shows that this is an individual ruler of all the peoples of Russia, from the west to the east. …

In the September 2014 Trumpet issue, he wrote “Vladimir Putin Is the Prophesied Prince of Russia,” and stated:

Can you think of any other Russian politician who could become so powerful and have the will to lead Russia into the crisis of crises? I see nobody else on the horizon who could do that. And only a tiny few years remain for the prince of Rosh to appear!

Such a man doesn’t appear overnight. It takes years for even a strong-willed leader to gain such control. Vladimir Putin already has the power—and the will to use it. …

He has already solidly allied Russia with China. The prophecy about the prince of Russia includes that main alliance.

Other nations are leaning toward an alliance with Russia. Several of them are prophesied to join.

Under President Putin, Russia is strengthening its ties with Myanmar. And the two are part of a core Southeast Asian group that is united in defying the United Nations. These are some of the very nations that will unite under Putin as the “kings of the east.”

To fully understand these prophecies and the hope that lies ahead, please request your free copy of Mr. Flurry’s booklet The Prophesied ‘Prince of Russia.’