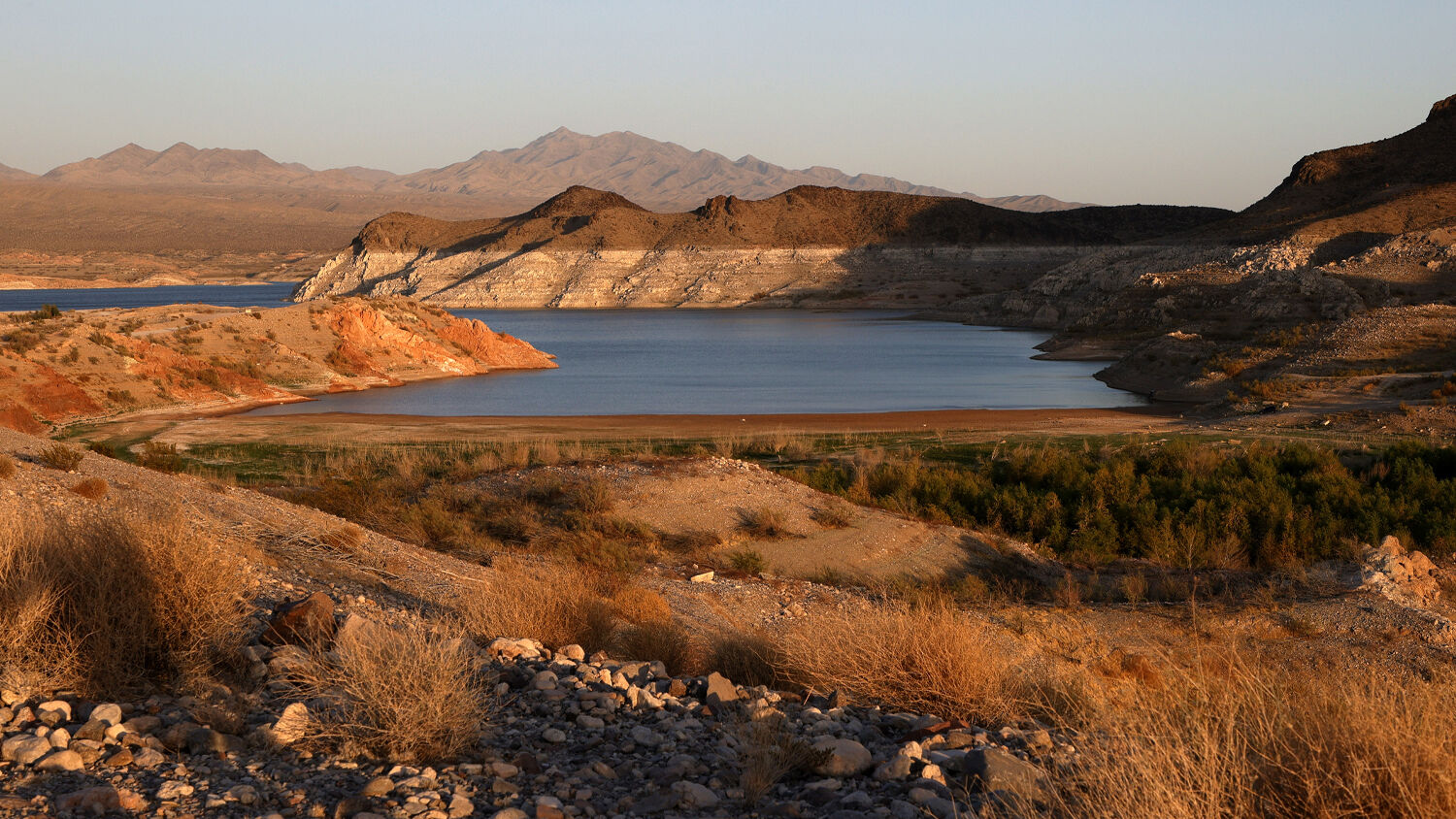 The consequences of discarding morality are graver than most people realize.

Across the Western United States, drought is arriving dangerously early. According to the U.S. Drought Monitor, extreme drought is more widespread in the West than at any point in the past 20 years, and the hottest months of summer are still to come. The situation is especially dire in the Southwest where reservoir levels are near record lows and snowpacks are already largely depleted.

In California, farmers are destroying water-intensive crops they cannot irrigate. In Oregon, farmers are protesting conservation efforts that have cut them off from their main water source in order to prevent fish from dying en masse. In Nevada, water levels in Lake Mead, the Colorado River reservoir behind Hoover Dam, have dropped by the height of a 13-story building since the year 2000. Since the Colorado River system provides water to 40 million people in seven states, the federal government is expected to declare a water shortage on the lower Colorado River later this summer.

“If we don’t have irrigation water, we can’t farm,” Dan Thelander, a second-generation farmer in Arizona’s Pinal County, told cbs News. “So, next year we are going to get about 25 percent less water, which means we’re going to have to fallow or not plant 25 percent of our land.”

The Department of Agriculture has declared almost 400 counties as natural disaster areas due to persistent drought, including most counties in Arizona, California, Colorado, Nevada, New Mexico and Wyoming. Some media outlets are even warning that America could be on the verge of a second Dust Bowl. The first Dust Bowl was a period of severe dust storms that devastated the American prairies during the 1930s, when drought caused the topsoil to dry up and blow away.

A published paper on soil loss in the U.S. corn belt from the University of Massachusetts–Amherst found that more than one third of the corn belt has lost its carbon-rich topsoil. And similar processes are taking place on the neighboring Great Plains. The conditions are perfect for a second Dust Bowl if the drought gripping the U.S. West spreads across the Rocky Mountains into the Great Plains states.

A second Dust Bowl would be a disaster for American agriculture.

A study published in the journal Science found the 19-year span from 2000 to 2018 was the driest in the history of the Southwestern U.S. since the late-1500s and the second-driest since a.d. 800. This study was based on tree-ring reconstructions of summer soil moisture. It confirms the findings of studies showing that over the last few hundred years, the U.S. has received some of the best weather North America has had in two millenniums. But this period of fair weather seems to be ending.

Most media coverage of megadrought in the Western U.S. blames the dry conditions on man-made global warming. But this assessment ignores data showing that droughts were worse before Europeans came to the New World and the first smokestack went up. In fact, one megadrought in the late-1500s was so severe that tree ring experts talk about it as if it were a biblical plague.

An American Meteorological Society report titled “2,000 Years of Drought Variability in the Central United States” said: “Historical documents, tree rings, archaeological remains, lake sediment, and geomorphic data make it clear that the droughts of the 20th century, including those of the 1930s and 1950s, were eclipsed several times by droughts earlier in the last 2,000 years, and as recently as the late 16th century. In general, some droughts prior to 1600 appear to be characterized by longer duration (i.e. multidecadal) and greater spatial extent than those of the 20th century.”

Yahoo News is promoting the false claim that human climate change is responsible for a historic drought covering California and the Western United States.https://t.co/tCxGj4lDxh pic.twitter.com/catlYQgEGY

In fact, many archeologists believe a series of persistent droughts in the 13th century led to the downfall of a mighty Native American civilization that once dominated the Great Plains. A thousand years ago, a city known as Cahokia rose on the banks of the Mississippi River, near what later became the city of St. Louis. At its peak, Cahokia housed 20,000 people, about the same size as contemporaneous London. Yet by a.d. 1350, Cahokia was largely abandoned, and many scientists believe a two-century-long period of persistent drought was the primary reason for its downfall. This civilization-ending drought obviously was not caused by greenhouse gas emissions—as the Cahokians did not drive cars or burn coal to generate electricity. But it may have been caused by immoral human activity, as the Cahokians were involved in pagan rituals like human sacrifice.

And Cahokia was far from the only Native American civilization destroyed by droughts worse than the Dust Bowl. The Anasazi Indians in New Mexico met a similar fate.

God told Abraham that He would drive the Canaanites out of the Promised Land because of their iniquities, or sins (Genesis 15:16), and He later told Moses that He would drive the Israelites out of the Promised Land if they followed after the pagan practices of the Canaanites (Leviticus 26:38-39). This shows that God really does punish wicked societies with natural disasters and foreign invaders.

With regard to the ancient Israelites, God promised that He would correct them by other means before allowing them to be overrun by foreign invaders. If the Israelites turned away from God’s law, He promised to make their heaven as iron and their earth as brass (verses 14-20). That means divine punishment via drought, crop failure and famine (Joel 1:10-16; Amos 4:7; Matthew 24:7).

In his article “Why the World’s First Empire Disappeared,” Trumpet contributor Robert Morley showed that drought was a primary reason for the collapse of the Akkadian Empire established by Nimrod and his successors. Forty-two centuries after Nimrod, humanity has not learned its lesson.

Our free booklet Why ‘Natural’ Disasters? shows that God uses nature-related phenomena to punish people for sin. If America is on the verge of the worst drought since the late 1500s, that is a sign that the American people are getting involved in many of the same sins that marked the downfall of past civilizations—idolatry, drug addiction and the murder of unborn babies.

To understand the consequences of discarding a sacred moral code governing the actions of individuals, please read Why ‘Natural’ Disasters? and Character in Crisis, by Trumpet editor in chief Gerald Flurry.