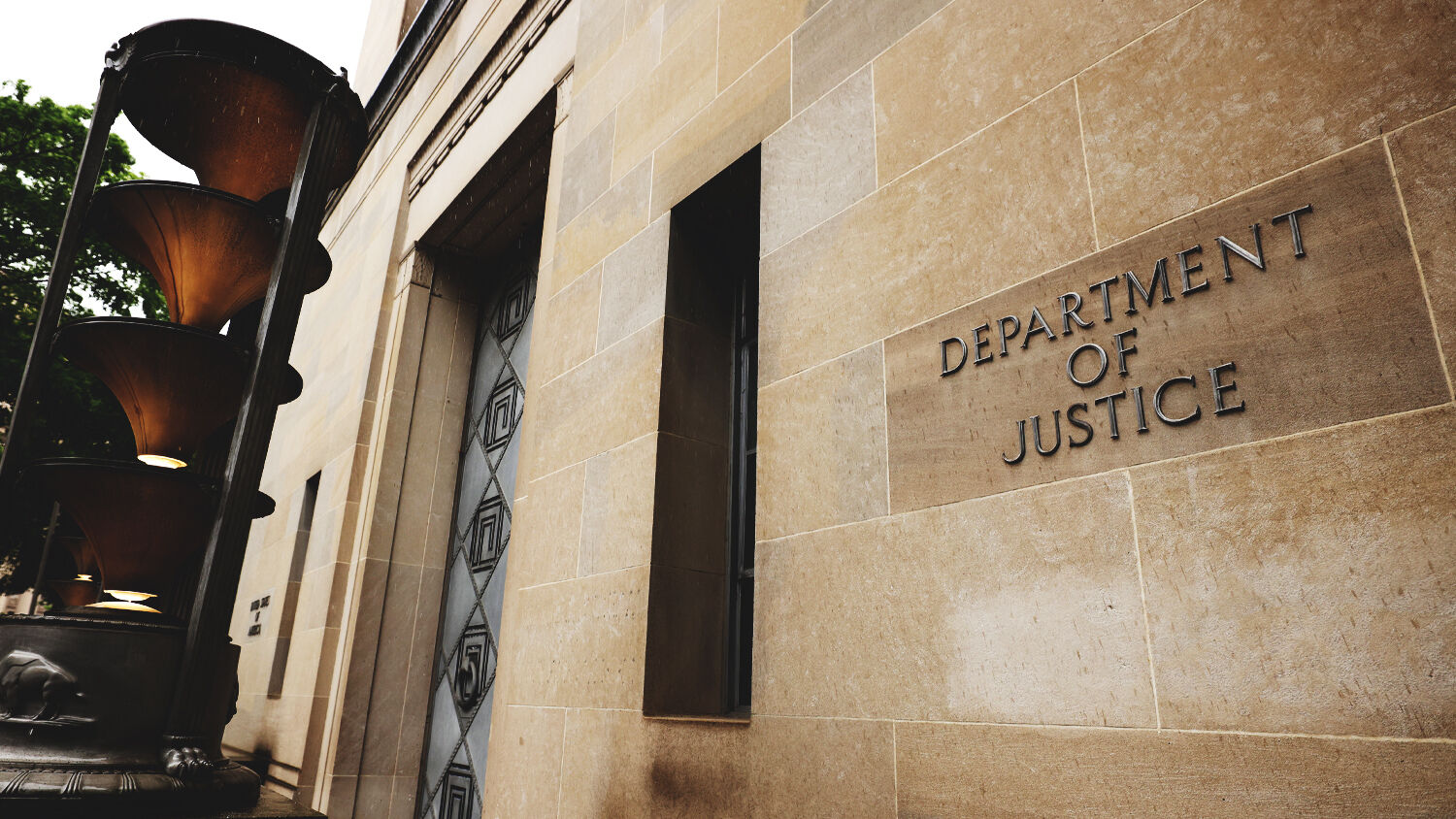 The U.S. Department of Justice is seen on June 11, 2021 in Washington, DC.
Kevin Dietsch/Getty Images

‘This is just the latest case involving professors or researchers concealing their affiliations with China from their American employers and the U.S. government.’

Former University of Tennessee–Knoxville associate professor Anming Hu appeared in court on June 7 following accusations that he secretly worked with China while receiving grants from the United States government.

Originally from China, Hu worked in the utk’s department of mechanical, aerospace and biomedical engineering starting in 2013. There he conducted cutting-edge research funded partly by the National Aeronautics and Space Administration (nasa).

The university received $60,000 in 2016 for Hu’s research for the Jet Propulsion Laboratory involving how to bring soil samples from Mars to Earth. In 2018, it received another $50,000 to finance Hu’s development of 3D printing technology for metallic sensors for use at the Marshall Space Flight Center.

Federal law bans nasa from directing federally appropriated cash toward projects that collaborate with China or any Chinese university. And Hu repeatedly told University of Tennessee–Knoxville that he was not working with any Chinese organization during his tenure. But the evidence shows that all the while, Hu was also working for the Beijing University of Technology, and passing along cutting-edge, nasa-funded know-how to the Chinese school.

“This is just the latest case involving professors or researchers concealing their affiliations with China from their American employers and the U.S. government,” said Assistant Attorney General for National Security John C. Demers.

China has long used its citizens to help it achieve state-identified goals—mainly related to science and military—by embedding them in exclusive locations in other nations. From inside the world’s leading research facilities, these Chinese individuals spy, steal and later teach their government how to use the stolen information to fast-track China’s rise.

Besides Hu, the U.S. Justice Department has in recent years charged more than 20 other academics with hiding China collaboration while accepting U.S. government grants. Among them are leading nanotechnology specialists at the Massachusetts Institute of Technology and Harvard University, and a fluid dynamics expert at the University of Virginia.

And since it is often happening in labs funded by government grants, it means American taxpayers are financing China’s scientific and military development and accelerating the Chinese Communist Party’s drive for global dominance.

John Demers, assistant attorney general for national security with the Justice Department, said the scale of China’s espionage and theft is “both impressive and frightening.” Chinese operatives are “methodical, persistent and well resourced,” he said. “It’s a concerted effort to steal and gather the know-how to produce technology.”

And even when China’s spies are caught, as in Hu’s case, the nation’s leadership is undeterred. “They don’t care if they get caught or if people go to jail,” Federal Bureau of Investigation special agent John Bennett said. “As long as it justifies their ends, they are not going to stop.”

And despite being found out from time to time, as in Hu’s case, the efforts are largely successful for China. “Again and again,” Politico wrote, “high-tech products and military equipment have popped up in China that bear a too-striking resemblance to their American counterparts.”

China’s intellectual property theft costs America between $225 billion and $600 billion each year. On the high end of that estimate, that is $1,870 for every man, woman and child in the United States—each year.

Leviticus 26 and Deuteronomy 28 are sometimes referred to as the Bible’s “blessings and curses” chapters. These chapters discuss specific ways God promised that He would bless the nations of Israel if they obeyed Him, and specific ways He would curse them if they chose not to turn to Him. (“Israel” here refers mainly to the United States and Britain, which is thoroughly explained in our free book The United States and Britain in Prophecy, by Herbert W. Armstrong.)

A look at the politics, entertainment, education, industry and even religion in the U.S. and the United Kingdom today shows that God is being rejected in most every facet of life.

Deuteronomy 28:33 records one of the specific curses God would send upon these nations if they rejected Him: “The fruit of thy land, and all thy labours, shall a nation which thou knowest not eat up; and thou shalt be only oppressed and crushed alway.”

In the increasing instances of theft today, it is clear that God is allowing the U.S. to become “oppressed and crushed” by a foreign power, exactly as He warned.

But Bible prophecy doesn’t end there.

The same Bible that accurately foretold the modern United States having its “fruit” and “labours” devoured by an enemy country also says that thievery will not be allowed to continue indefinitely! Isaiah 65:21-23 discuss a time in the future when Earth will be ruled under God’s perfect government, rather than mankind’s flawed governments. At this time, systematic theft, like the type that China engages in today, will have been relegated to the dustbin of history.

To understand China’s role in Bible prophecy, and the age of justice and peace that is on the horizon, order your free copy of Trumpet editor in chief Gerald Flurry’s booklet Isaiah’s End-Time Vision.