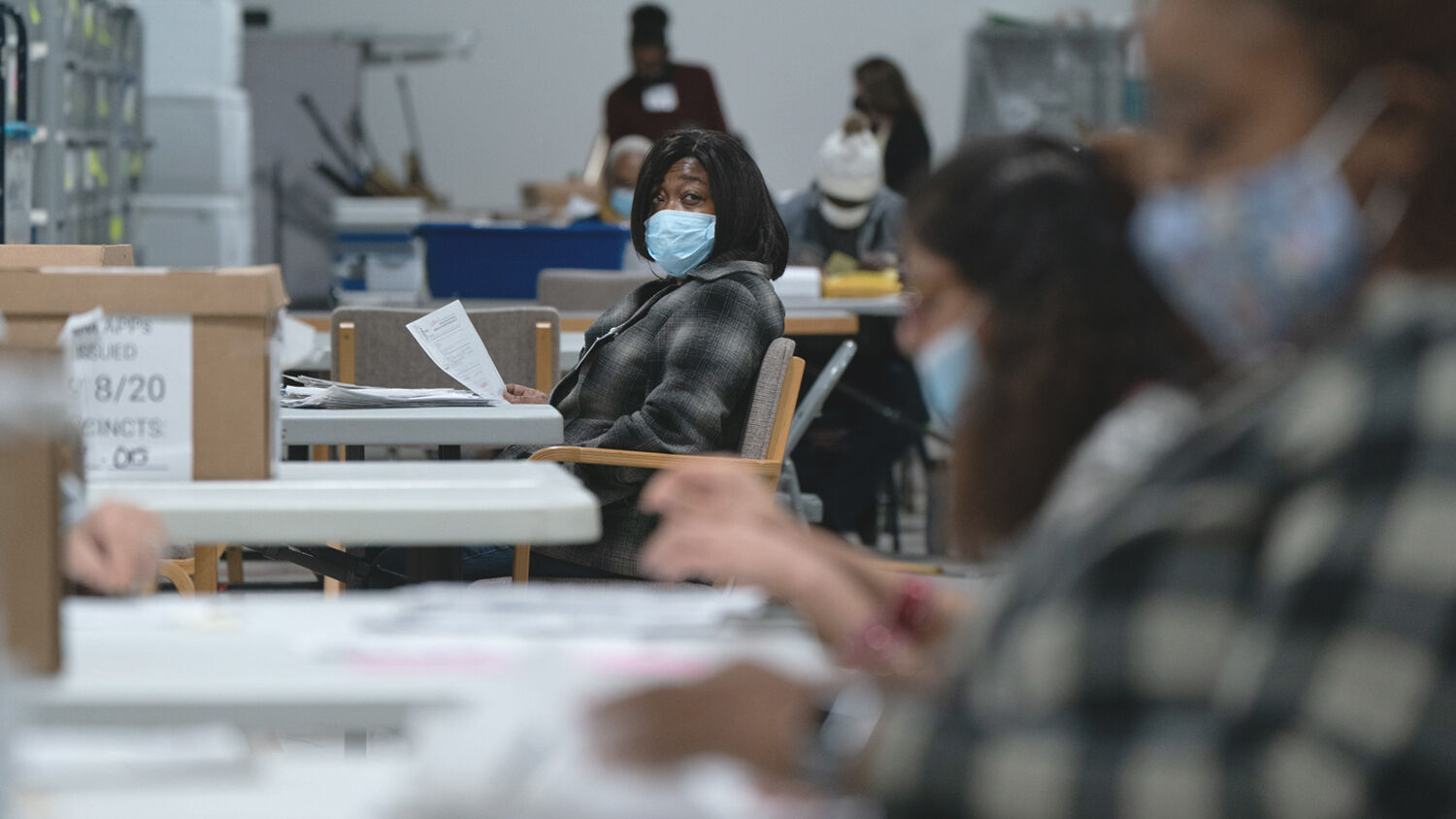 Election personnel sort ballots in preparation for an audit at the Gwinnett County Board of Voter Registrations and Elections offices on Nov. 7, 2020, in Lawrenceville, Georgia.
Elijah Nouvelage/Getty Images

Six months after the 2020 United States presidential election, state legislatures and forensic auditors are still working to expose widespread election fraud. A hand count of 2.1 million ballots in Maricopa County, Arizona, is about 80 percent complete, and Republican political strategist Boris Epshteyn is reporting that a quarter of the ballot boxes do not even contain the number of ballots that they are supposed to have inside them. It looks like there is a really good chance that Donald Trump is the real winner of Maricopa County and the state of Arizona.

President Trump suggested to crowds of his supporters in Mar-a-Lago in April that Arizona could be the first domino to fall in a series of recounts that overturn the entire 2020 presidential election. Georgia is already set to join Arizona in reviewing a massive number of ballots cast, now that Judge Brian Amero has agreed to allow more than 145,000 Fulton County absentee ballots to be reviewed as part of an audit. And Nevada gop Chairman Michael McDonald toured the Arizona audit on June 7, noting that he was extremely impressed by it. This has caused many to speculate that McDonald may be seriously considering a similar audit in Nevada.

Officials in Cheboygan County, Michigan, have also been pushing for an audit, but so far Michigan Secretary of State Jocelyn Benson, a Democrat, has blocked Cheboygan County officials from accessing election equipment. This has upset many people. “If you don’t have your vote counted as it was intended to count, we don’t have a free country,” said attorney Stefanie Lambert, who offered to provide auditors to Cheboygan County free of charge.

Joe Biden allegedly won the 2020 election due to “victories” in six swing states: Arizona, Georgia, Michigan, Nevada, Pennsylvania and Wisconsin. But his “victory” margins were slim. When you lump all six states together, Biden only “won” by 312,992 votes, and former White House adviser Dr. Peter Navarro has uncovered 3,069,002 “possible illegal votes” in just these six swing states. This means that any one of these states could easily have been stolen from President Trump during the election. It certainly looks like Arizona was stolen, and if Maricopa County can prove this, then Georgia and Nevada will likely launch their own full-fledged audits.

If election results are overturned in Arizona, Georgia and Nevada, then the nationwide election will be only one state away from being overturned. That may sound outlandish, but more and more people are taking this scenario seriously. And more importantly, the Bible shows that one way or another, President Trump will return to office.

In his article “What Will Happen After Trump Regains Power,” Trumpet editor in chief Gerald Flurry explained that President Trump was the legitimate winner of the 2020 presidential election. He also explained that Bible prophecy says President Trump will return to power, but “the indication is that regaining office may take considerable work. Donald Trump will have to fight for it. It doesn’t have to be military action, but it certainly could. President Trump could also lead some states to secede from the union. That would lead to some kind of warfare.”

Mr. Flurry has explained that President Trump is an end-time type of King Jeroboam ii. God used President Trump to temporarily save America from the radical Marxist forces seeking to destroy it, but now he is going to have to fight and war to recover the office stolen from him during the 2020 presidential election. It is taking weeks to complete, but the Maricopa County audit may indeed fell the first domino in a process that ends up exposing the entire stolen election!

For more information about the unexpected direction that a future Trump administration will take America, please request Great Again, by Gerald Flurry.