The world is dazzled by the images from the recent Mars landing by America’s Perseverance rover. A remote helicopter will be collecting rocks and soil to return to Earth later this decade. These are stunning achievements!

But it is clear, as always when these missions occur, that Mars is a decaying planet. There is no life on Mars. Meanwhile, Earth is teeming with all kinds of life—not that we’re faring very well.

The lack of life on Mars is seemingly bad news, but it has everything to do with your incredible potential! This truth ought to mesmerize hopeless mankind.

“There is no speech nor language, where their voice is not heard” (verse 3). No matter what, the voice of the universe is heard! It’s an unspoken message, yet it can be heard and understood. “Hear what the heavens are saying. They are pouring forth evidence of a Designer and Sustainer. And … they are also prophesying about the wonderful future God is offering to mankind,” we write in Our Awesome Universe Potential.

“Their line is gone out through all the earth, and their words to the end of the world” (verse 4). The word line here refers to a measuring ruler or a cord (Job 38:5). God measures the Earth. The universe is perfectly submissive to God’s rule, declaring His glory!

Line also has a musical connotation—like a string, chord or harmony. It’s as if God is conducting a majestic orchestra throughout the universe! This is miraculous understanding.

A few verses later is what looks like an abrupt transition: “The law of the Lord is perfect, converting the soul: the testimony of the Lord is sure, making wise the simple. The statutes of the Lord are right, rejoicing the heart: the commandment of the Lord is pure, enlightening the eyes” (Psalm 19:7-8). This chapter goes from discussing the universe to the law. Why? Because it’s the same subject: the universe prophesying to mankind.

“This is really a prophecy about what the law will do in your life. … Just like the heavens themselves, your life will also begin to declare God’s glory. Your marriage and family will show His handiwork. You will make beautiful spiritual music …” (ibid).

The universe is in a state of decay for a very important reason, but it is still governed by remarkable structure and order. Planets don’t collide because of the perfect laws of God. The universe is subject to God’s law. We can learn a lesson from that and experience joy and peace! This is awesome, to say the least!

Let’s examine verse 4 again: “Their line is gone out through all the earth, and their words to the end of the world. In them hath he set a tabernacle for the sun.” Sun should be capitalized—it’s referring to Jesus Christ, as in Malachi 4:2: “But unto you that fear my name shall the Sun of righteousness arise with healing in his wings; and ye shall go forth, and grow up as calves of the stall.”

Soon, Jesus Christ will be back on Earth, ruling with a rod of iron and enforcing all of God’s laws so mankind can have the same kind of structure, harmony and music orchestrated by God throughout the universe. All people will finally experience the joy and peace they want so badly but can’t have today because they are breaking God’s laws. It’s always darkest before dawn, but sunrise is coming! Christ will bring light to this dark world! Every time you see the sun, you should be thinking about this future.

Our number one problem today is the question of human survival. We’re about to destroy all life on the planet with nuclear weapons and violence, yet we’re looking for life on other planets. If we found life on Mars, we’d just keep searching for life elsewhere, never considering what it all means. Something is wrong with mankind.

“Our planet—thanks to its motion within our solar system, galaxy and galaxy cluster—travels through space at a blazing 435 miles per second, over 1.5 million miles per hour. Yet we never go flying off into space because, thankfully, the law of gravity anchors us to this planet” (ibid). God gives structure and laws so we may be happy. This is the message of the universe! But mankind won’t listen.

God is upset with man for not learning the lesson prophesied to us by the universe. “For the wrath of God is revealed from heaven against all ungodliness and unrighteousness of men, who hold the truth in unrighteousness” (Romans 1:18). The word hold should read “suppress.” Sometimes, scientists suppress the truth! Such misconduct has been exposed repeatedly. They should know better than anyone that’s God’s existence is proved in the universe. The laws that govern outer space are surely not random. Scientists should be proclaiming this fact. Our chaotic world should be orchestrated in harmony like the universe. Instead, we see precisely the opposite. God is wrathful toward mankind for our rebellion!

“Because that which may be known of God is manifest in them; for God hath shewed it unto them. For the invisible things of him from the creation of the world are clearly seen, being understood by the things that are made, even his eternal power and Godhead; so that they are without excuse” (verses 19-20). The Hubble telescope and others have shown us 10,000 times or so more than we’ve ever been able to see from land-based telescopes in the past. Where once we only saw a black spot, now we see 3,000 galaxies, each with about 200 billion stars! We can look so deeply into the universe, but can we see God? We have no excuse for believing in evolution over creation. Some, but not enough, scientists will admit that the universe had to be created.

God loves us and is preparing a great future for us. He will teach every human being how to live. That’s why Jesus Christ will return. He will restructure the Earth, marriages, families and personal lives so all may live the abundant life. This hopeful future is connected to the universe message.

Do you recognize the invisible God of the universe? (Request our free book Mystery of the Ages. The first chapter will make God plain to you.)

God has strong words for scientists and those who reason around acknowledging Him: “Because that, when they knew God, they glorified him not as God, neither were thankful; but became vain in their imaginations, and their foolish heart was darkened” (verse 21).

“Who changed the truth of God into a lie, and worshipped and served the creature more than the Creator, who is blessed for ever. Amen” (verse 25). That’s what our forays to Mars are all about—worshiping creation instead of the Creator! Where is God in the Mars landing? We ask whether life exists on Mars instead of asking why Mars and the rest of the universe exist, and why it’s all in a state of decay! We aren’t asking who created Mars!

“And even as they did not like to retain God in their knowledge, God gave them over to a reprobate mind, to do those things which are not convenient” (verse 28). As punishment for rejecting God, most humans suffer from a reprobate mind—perverted reasoning and thinking! When we choose to live contrary to God’s laws, we deny ourselves the blessings that would make our lives sing like a beautiful voice backed by a great orchestra.

If only we would be structured the way God wants us to be. That’s what we need! 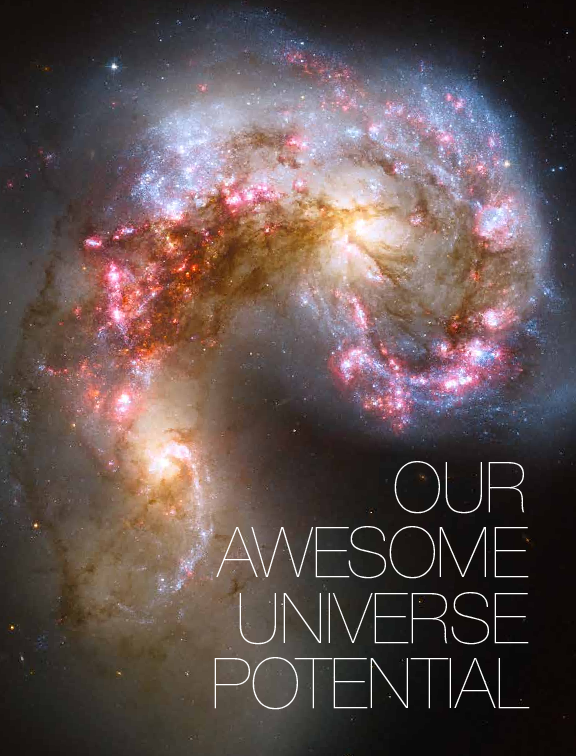 The Hubble Space Telescope is one of the greatest developments of modern science. Human beings, made in the image and likeness of God, are probing deeply into the universe as never before observing the Creator’s handiwork. Those Hubble pictures should give this whole world a great deal more hope not only because those countless awesome galaxies point us to their Creator and His limitless power. It is also because, when understood according to the revelation in the Bible, they expand our understanding of the incredible human potential God has given us!

Mars Landing: A Preview of Your Incredible Potential! 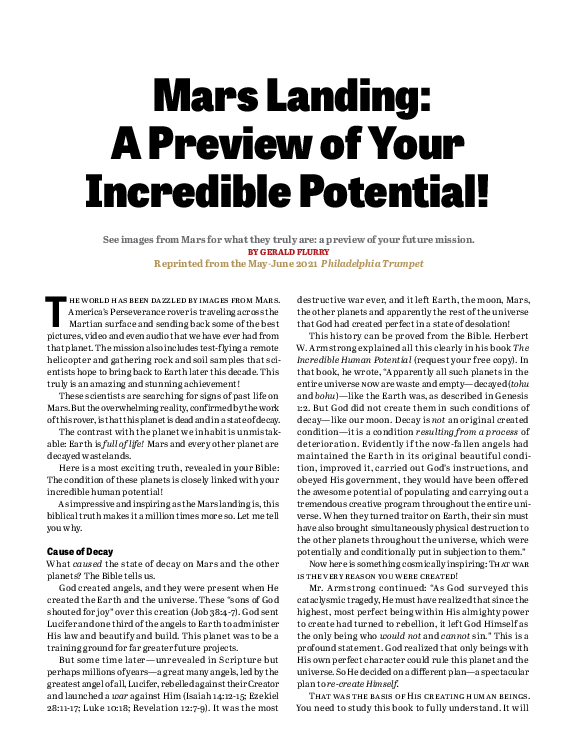 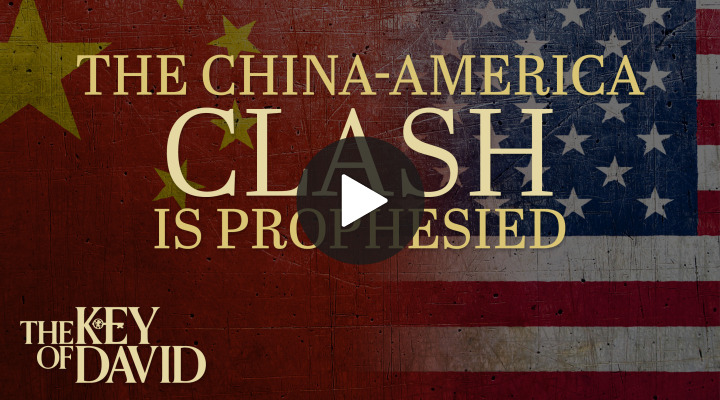 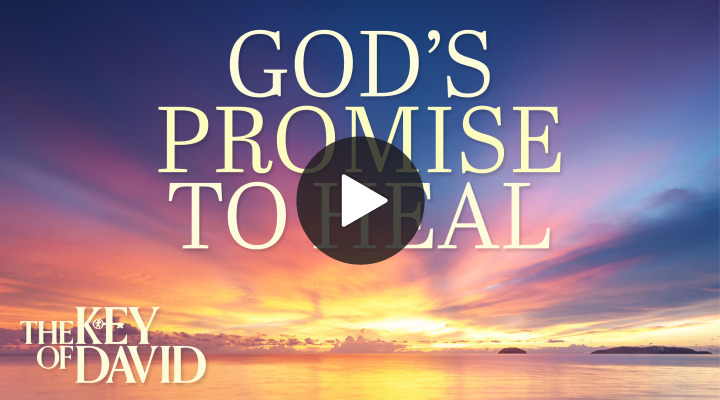 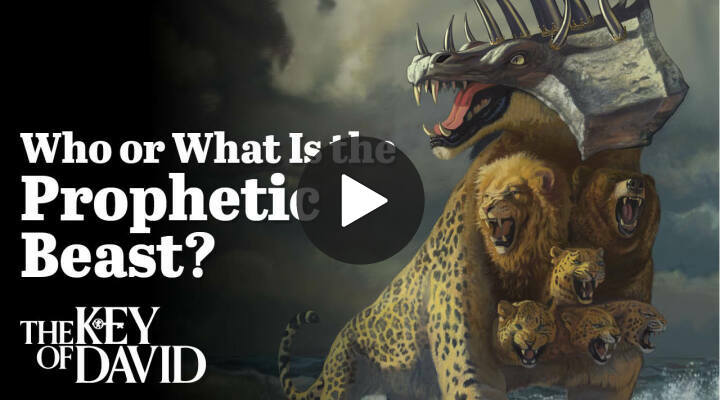