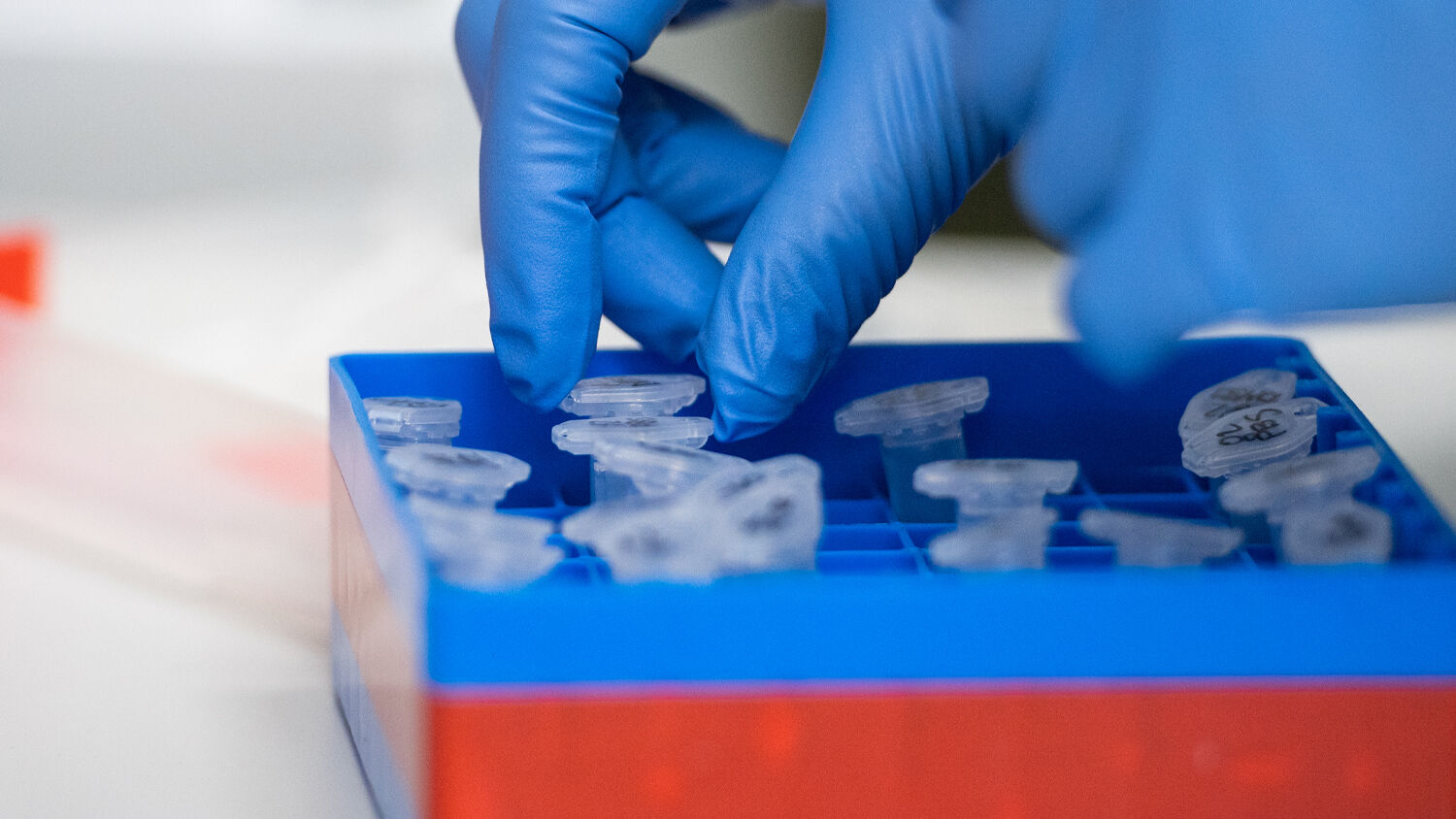 Hint: It is not to help you reconnect with your long-lost cousin from Colorado.

Suspicions are mounting that covid-19 may have originated as a bioweapon in the Wuhan Institute of Virology. Republican Party leaders are looking for ways to protect the United States from biological attack. On May 20, Sen. Marco Rubio introduced two bills to counter the Chinese Communist Party’s efforts to collect American dna through legal and illegal means. These bills are the Genomics Expenditures and National Security Enhancement Act and the Genomics Data Security Act to Congress. Their purpose is to get the Department of Health and Human Services involved in any deal involving a genetic data transaction and prohibit National Institutes of Health funding from going to entities directly tied to the Chinese regime.

“There is no reason for American taxpayers to be funding Beijing’s research or for our policies to enable access to Americans’ genomic data,” Senator Rubio said in a statement announcing the legislation. “It’s imperative that Congress take steps to confront this growing national security and privacy threat.”

Senator Rubio introduced his bills a year after Newsweek revealed that the National Institute for Allergy and Infectious Diseases, an organization led by Dr. Anthony Fauci, funded scientists at the Wuhan Institute of Virology researching bat coronaviruses. Rubio has also been a leading voice calling for federal investigators to determine if officials at the National Institutes for Health, also led by Dr. Fauci, gave access to U.S. genomic data to Chinese companies such as WuXi Nextcode Genomics and Shenzhen bgi Technology Co.

For years, the Chinese Communist Party has been collecting American health-care data using illegal methods such as cyber hacking and legal processes such as investing in biotech companies and partnering with hospitals and universities to gain access to sensitive information. Since Shenzhen bgi Technology Co. acquired Complete Genomics in 2013, it may have the world’s largest database of American dna. But it is looking for more. According to a report from the U.S.-China Economic and Security Review Commission, Shenzhen bgi Technology Co. “has formed numerous partnerships with U.S. health-care providers and research organizations to provide large-scale genetic sequencing to support medical research efforts.”

The chief security officer of the famous American dna testing company 23andMe told the Telegraph that rogue states like China want to steal people’s dna data and are eying his company for a cyberattack. This startling revelation raises the obvious question: What does China want to do with your dna?

The Chinese Communist Party probably isn’t interested in helping you find out if you have Native American ancestry or in helping you reconnect with your long-lost cousin in Colorado. And it probably isn’t so desperate to discover a cure for covid-19 that it is willing to hack into the dna databases of foreign companies. No, China is compiling the world’s largest database of genetic material for nefarious purposes.

Director of National Intelligence John Ratcliffe wrote in a Wall Street Journal op-ed, titled “China Is National Security Threat No. 1,” that U.S. intelligence has ascertained that China has “conducted human testing on members of the People’s Liberation Army in hope of developing soldiers with biologically enhanced capabilities.” In other words, the Communist Party of China wants to develop “super soldiers.” It needs all the dna data it can get its hands on to figure out how to crack the genetic code to make them.

And biologically enhanced capabilities are just the beginning of what may be possible with genetic engineering. Chinese Gen. Zhang Shibo (Ret.) lists biology among seven “new domains of warfare” and states that “biotechnology development is gradually showing strong signs characteristic of an offensive capability,” including the possibility of “ethnic genetic attacks.” By his assessment, China could use the dna database it is compiling to make bioweapons that target specific ethnicities, even specific people, for extermination.

If this sounds far-fetched, remember that Dr. James Watson and Dr. Francis Crick discovered the double-helix structure of the dna molecule only 68 years ago. And already, humanity has cloned a sheep (1996) and a monkey (1999), mapped the human genome (2003), and altered the germline cells that affect human heredity (2015). So super soldiers and ethnically specific bioweapons may not be confined to the realm of science fiction. Dr. Aubrey de Grey, one of the world’s leading biomedical gerontologists, believes the first human to live to 1,000 years of age has already been born, and U.S. investigators say Chinese scientists are actively preparing for a third world war fought with both biological and genetic weapons.

“We know that the Asian genome is genetically distinct from the Caucasian and African in many ways,” President Steven Mosher of the Population Research Institute wrote for the Epoch Times. “Indeed, residents of the North China Plain, the cradle of Chinese civilization, are genetically distinct from the Koreans, Japanese, Tibetans and other Asians as well. Would it be possible to bioengineer a very virulent version of, say, smallpox, that was easily transmitted, fatal to other races, but to which the Chinese enjoyed a natural immunity? While no use of an advanced, genetically targeted bioweapon has been reported, it would surely not be beyond the reach of China’s booming biotech industry. Given our present ability to manipulate genomes, if such a bioweapon can be imagined, it can probably—given enough time and resources—be realized.”

The Chinese Communist Party is already committing genocide on the Uyghur Muslims in its western provinces, so moral qualms will not prohibit it from using dna data to develop bioweapons. Visionaries like Aldous Huxley, George Orwell and Winston Churchill foresaw our current era of technological advancement decades ago. They were deeply concerned about how humanity would use its newfound technological powers.

Sir Winston Churchill wrote an essay in 1931 warning of the dangers of technological advancements without moral progress. “[I]n a future which our children may live to see, powers will be in the hands of men altogether different from any by which human nature has been molded,” he wrote in “Fifty Years Hence.” “Explosive forces, energy, materials, machinery will be available upon a scale which can annihilate whole nations. Despotisms and tyrannies will be able to prescribe the lives and even the wishes of their subjects in a manner never known since time began. If to these tremendous and awful powers is added the pitiless subhuman wickedness which we now see embodied in one of the most powerful reigning governments, who shall say that the world itself will not be wrecked, or indeed that it ought not to be wrecked? There are nightmares of the future from which a fortunate collision with some wandering star, reducing the Earth to incandescent gas, might be a merciful deliverance.”

What Huxley, Orwell and Churchill feared was human nature. Providing human beings with new tools, weapons and enhanced bodies does not change how humans think. Humanity’s most serious problems are not biological or technological, or even physical in nature. They are spiritual in nature. Human beings can send spaceships to Mars, map the human genome, craft synthetic organs, and unlock the secrets of the atom. But they cannot figure out how to stop wars. They cannot engineer a country, a province or even a city that is free of vice. In other words, human beings cannot solve evil. Humanity’s most potent technological achievement has been the invention of weapons powerful enough to exterminate all life from Earth!

Jesus Christ warned His disciples that in the end time, there would be “great tribulation, such as was not since the beginning of the world to this time, no, nor ever shall be. And except those days should be shortened, there should no flesh be saved: but for the elect’s sake those days shall be shortened” (Matthew 24:21-22).

The technology to exterminate all life on Earth did not exist until the invention of the atomic bomb in 1945, but now there are multiple ways to commit cosmocide. In his booklet The Wonderful World Tomorrow—What It Will Be Like, the late Herbert W. Armstrong wrote: “Besides nuclear annihilation, there are at least five other means by which mankind could be destroyed from off the face of the globe: chemical warfare, biological warfare, overpopulation and resulting famine, disease epidemics, and environmental pollution.”

While many see genetic engineering as a way to cure disease and improve the human body, others see it as a means to turn humans into killing machines and create viruses capable of wiping out whole races. Only God can solve these many problems, including our number one problem: human survival. To find out more about how God will ultimately save humanity from itself, please request a free copy of Nuclear Armageddon Is ‘At the Door,’ by Trumpet editor in chief Gerald Flurry.