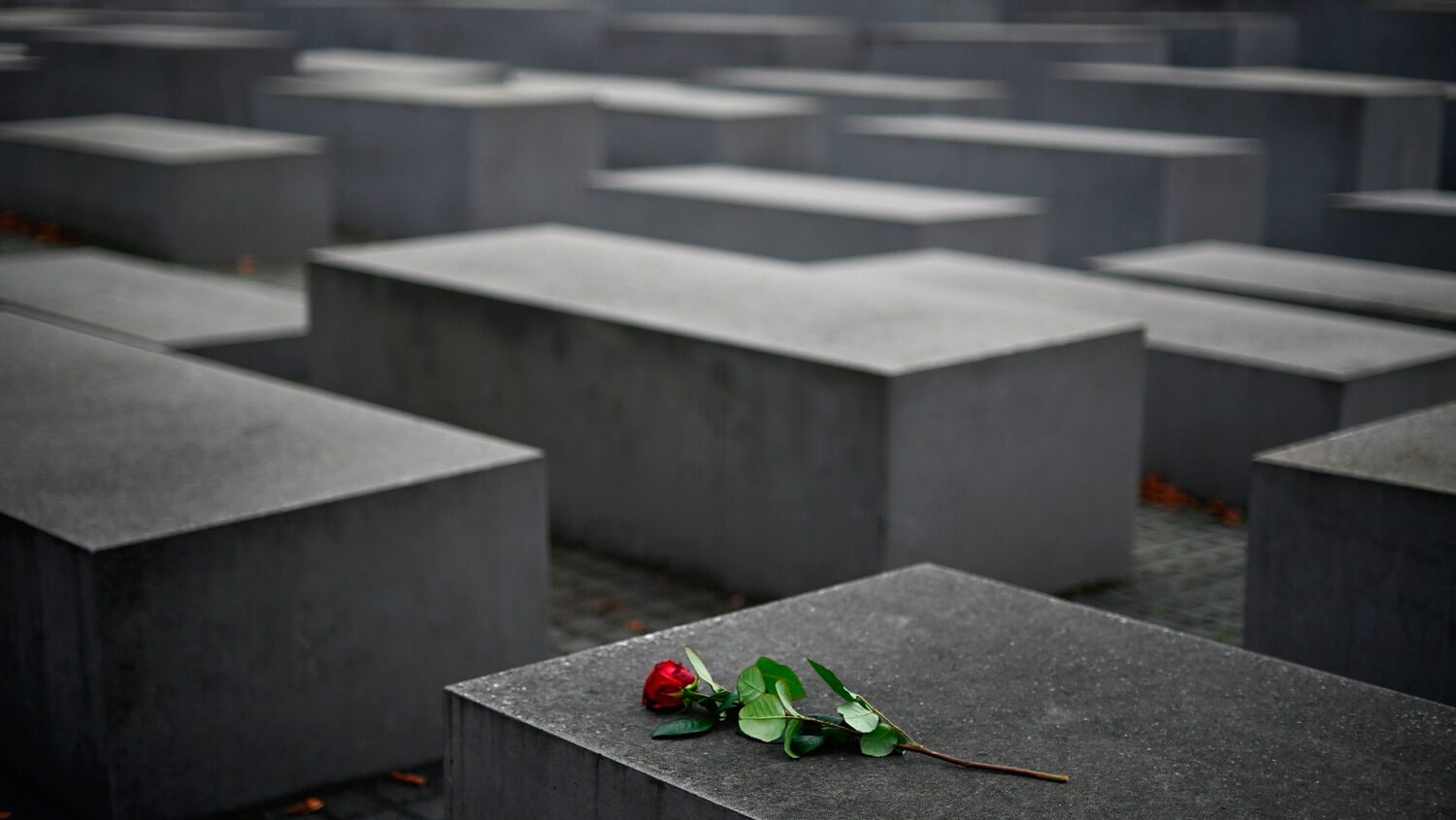 A lone red rose lies on one of the concrete steles of the Memorial to the Murdered Jews of Europe.
TOBIAS SCHWARZ/AFP via Getty Images

Around a thousand anti-Semitic incidents were registered in Berlin alone.

Berlin experienced a 13 percent rise in anti-Semitic incidents in 2020 compared to 2019, the Berlin Research and Information Center on Anti-Semitism recently reported. It counted 1,004 cases, 17 of which were classified as attacks, 43 as damage to property, 51 as threats, 123 as mass anti-Semitic letters, and 770 as hurtful behavior. Of the anti-Semitic events, 58 occurred at gatherings, most of which were protests against the coronavirus measures. The center noted that anti-Semitic violence is increasingly taking place in the private living environment of the victims.

German police noticed a similar trend nationwide, counting 2,275 anti-Semitic crimes in Germany in 2020, more than at any time since record-keeping began in 2001. “Of course anti-Semitism comes from all corners,” Bundestag Vice President Petra Pau told Der Spiegel. “But the figures clearly show that our biggest problem lies in right-wing extremism.”

The Nazis’ radical movement started in Bavaria but later moved to Berlin due to the propaganda of Joseph Goebbels and the fact that many high-ranking Nazi officials moved to the capital city. Berlin is still the location of the highest number of anti-Semitic incidents, followed by Bavaria.

Revelation 17 contains a prophecy that the Holy Roman Empire would continue through seven resurrections. “The beast that thou sawest was, and is not; and shall ascend out of the bottomless pit, and go into perdition: and they that dwell on the earth shall wonder, whose names were not written in the book of life from the foundation of the world, when they behold the beast that was, and is not, and yet is” (Revelation 17:8). God revealed the meaning of this prophecy to the late Hebert W. Armstrong at the end of World War ii. Benito Mussolini’s and Adolf Hitler’s regimes were the sixth resurrection. One more is coming. (For a more detailed explanation about this prophecy, request a free copy of our booklet Germany and the Holy Roman Empire.)

During World War ii, we saw the Hitler-Mussolini axis, but then it disappeared from the scene. It “was not”! And yet, God says, “It is”! The Axis powers lost the war, but as Mr. Armstrong preached time and again, they just went underground—into “the bottomless pit” (verse 8). They’re still there—they’re just underground. God says, after that happens, they are going to ascend right back up! Then Christ is going to come back and destroy this beast, and it will be gone forever.

Most recently Mr. Flurry has explained this prophecy and its imminent implications in his Key of David television program “The Beast That Was, and Is Not, and Yet Is.”

A 21st-century European reich is coming. But there is good news. The Bible that accurately prophesied all seven resurrections of this beastly political-religious empire also prophesied that immediately after its final rise, it will be conquered, along with all empires and nations, by the only rightful ruler of human beings: their Creator.