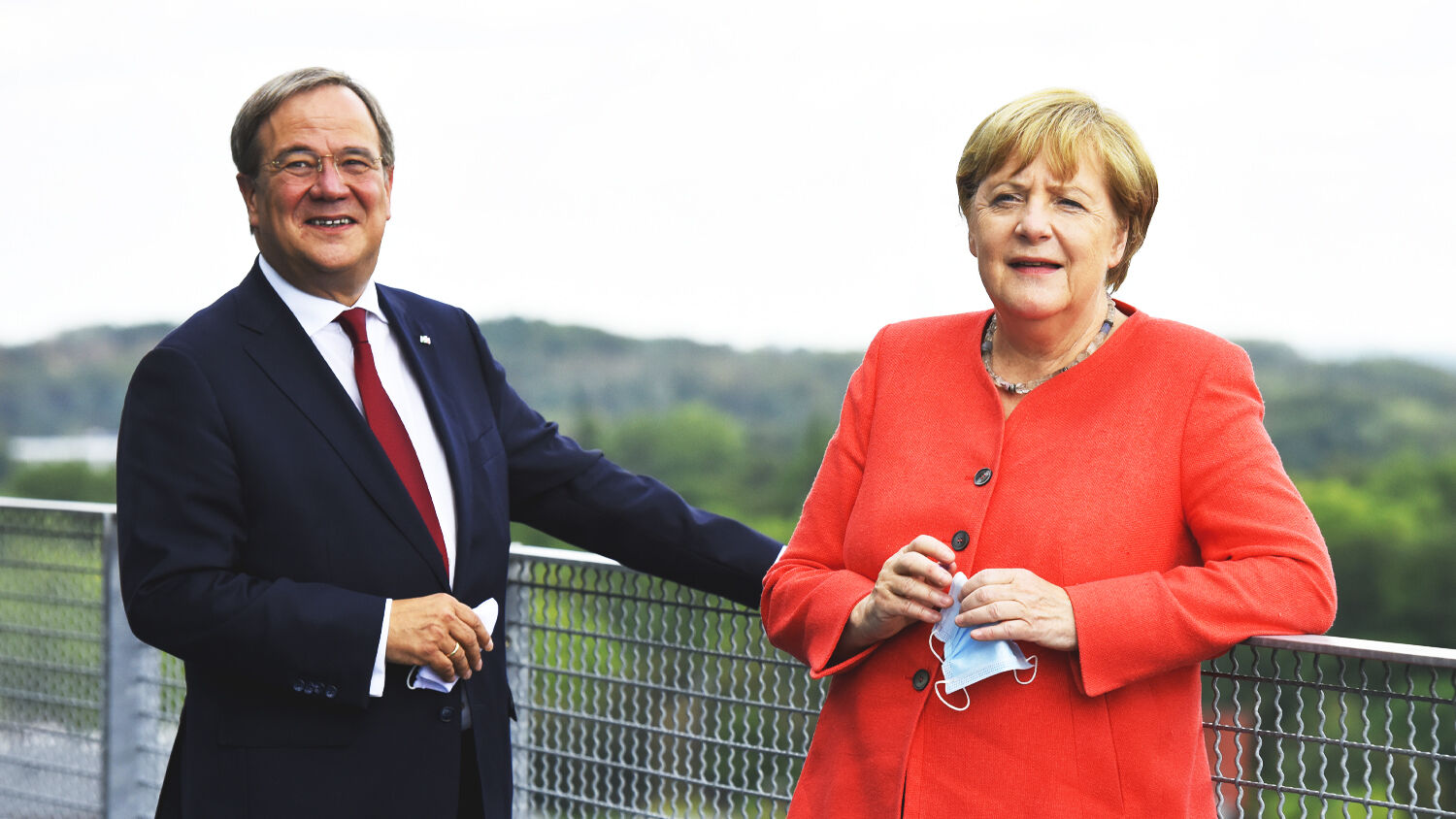 The spirit of Charlemagne is again brooding over Germany.

Armin Laschet was appointed chancellor candidate for Germany’s Christian Democratic Union on April 20. There is one problem, however. Laschet doesn’t enjoy favor in the polls. The decision to have him lead the party’s ticket could prove pivotal for Germany’s future.

Germany’s Süddeutsche Zeitung noted that Laschet is seen as “indecisive, sometimes acting impulsively.” When Germans needed answers to the coronavirus crisis and guidance on the implementation of lockdowns, Laschet said he wanted a few days to think about the best action to take. Laschet became the laughingstock of the Web, with “#laschetdenktnach” (or, #laschetcontemplations) trending on Twitter.

According to the polls, csu leader Markus Söder enjoyed the people’s favor much more than Laschet. A survey by the ard channel indicated that 44 percent of Germans considered Söder the better chancellor candidate, compared to 15 percent for Laschet. Even in Laschet’s home state North-Rhine Westphalia, the people overwhelmingly disapprove of his leadership.

For this reason, the csu offered to provide the chancellor candidate instead. Others even suggested choosing a candidate that was not the leader of either party, a serious break from tradition.

Yet in the end, the cdu did not choose the most popular candidate. After much debate, Laschet has been chosen, and Söder promised his support.

“So far, the results have been read like this: The higher the approval ratings of politicians, the better their career prospects,” Spiegel Online wrote on April 20. “In Laschet’s case, the opposite is obviously true: The worse his ratings, the better things go for him. … North Rhine-Westphalia’s state premier will be the cdu-csu’s candidate for chancellor in September’s federal elections. What … seemed unthinkable from the outside has come to pass.”

The first high-ranking politician to suggest Laschet as chancellor was not a cdu politician but a Social Democrat. Die Welt noted in October 2018: “There will be a time after Angela Merkel, a reality that is slowly dawning on the cdu. And suddenly nrw’s State Premier Armin Laschet is considered a serious candidate for succession. How could this happen? [W]hen talking about influential and upcoming figures of the Union in Germany, his name was missing. … That changed when former Chancellor Gerhard Schröder recommended Laschet as cdu chancellor-candidate of a post-Merkel era.”

After Schröder’s recommendation, Laschet suddenly became the focus of Germany’s media and political debate. Within 2½ years, Laschet rose from barely being noticed to having the full weight of Germany’s fate placed on his shoulders.

The German media expects a boring election campaign. Laschet does not deliver rousing speeches. He presents himself as a team player and passionate European. He was elected to the Bundestag in 1994 but transitioned into the European Parliament in 1999 after his career stalled. He is fluent in French and served as the Franco-German cultural minister. Born in Aachen, the governing city of Charlemagne, he is a committed fan of the emperor (for more, read “Is Germany’s Next Leader a Fan of a Medieval Mass Murderer?”).

Serap Güler, Laschet’s state secretary for integration in North Rhine-Westphalia, said: “It’s important for him to have a clear stance, to stand for convictions that were shaped more by his family, friends and faith than by polls.”

Perhaps this is the reason he has earned the trust of Germany’s elite. His Catholic faith and his passion to unite Europe will always remain the same no matter if the polls speak favorably or unfavorably about his decisions. Laschet is trusted to defend his party’s stance no matter the backlash he may be facing.

The European Union was founded to “re-create the empire of Charlemagne,” as British economist Bernard Connolly notes in his book The Rotten Heart of Europe:

It was no coincidence that the Belgian government housed the offices and meeting rooms of the EC Council of Ministers in the Charlemagne building. It was no coincidence, either, that [former French President Valéry] Giscard and [Helmut] Schmidt agreed to accept the Belgian compromise proposal at a bilateral summit in September 1978 at Aachen, Germany, principal seat and burial place of Charlemagne. The symbolism was heavily underlined in both France and Germany; the two leaders paid a special visit to the throne of Charlemagne and a special service was held in the cathedral; at the end of the summit, Giscard remarked that: “Perhaps when we discussed monetary problems, the spirit of Charlemagne brooded over us.”

Europe is on a quest to resurrect Charlemagne’s empire through cultural, economic and political union. Laschet is certain to drive this goal forward. But as Connolly asks: “In the new empire of Charlemagne, who would play Charlemagne?”

Laschet, despite all his passion for Europe and Charlemagne himself, seems to lack the leadership skills and charisma to unite Germany, let alone Europe.

In “The Spirit of Charlemagne Is Alive in Europe,” Trumpet editor in chief Gerald Flurry wrote in 2016: “The Bible foretells that one more resurrection of this empire is ahead of us. And events in Europe are dovetailing with that prophecy very closely! Western Europe, a supposed modern bastion of democracy and secularism, is about to once again become a unified empire led by a strongman and influenced by the Catholic Church!”

The fact that Laschet rose so drastically to the top of German politics, despite the people’s disapproval, shows that the spirit of Charlemagne is alive in Germany today. This spirit is driving Europe’s unification forward and is inspiring its leadership.

Revelation 17 prophesies of the resurrections of the Holy Roman Empire. The last resurrection is prophesied to be ruled by 10 kings: “And the ten horns which thou sawest are ten kings, which have received no kingdom as yet; but receive power as kings one hour with the beast. These have one mind, and shall give their power and strength unto the beast” (verses 12-13). We are seeing this empire form before our eyes. The 10 kings are rising, and soon we will also see the appearance of Europe’s modern Charlemagne to rule them all.

In his article, Mr. Flurry encouraged readers to prove the truth and “closely watch the spirit of Charlemagne.” To help you do this, I recommend you read our free booklet Germany and the Holy Roman Empire.