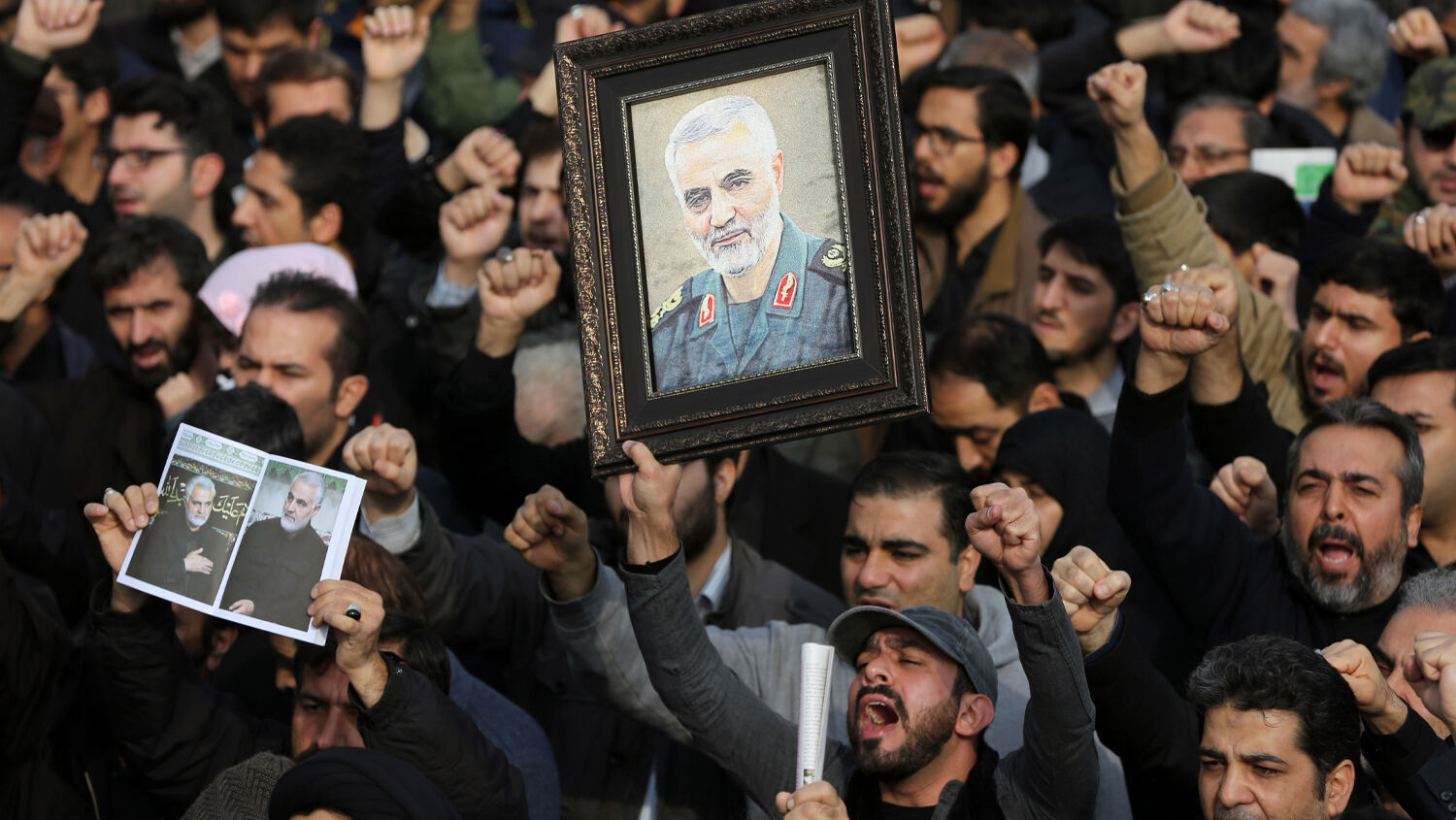 People gather to stage a protest against the killing of Iranian Cmdr. Qassem Suleimani.
Fatemeh Bahrami/Anadolu Agency via Getty Images

Islamic Revolutionary Guard Corps Brig. Gen. Esmaeil Qa’ani returned to Iran on Wednesday, April 7, following a two-day trip to Iraq. During his visit, Qa’ani met with a number of Iraqi officials and senior government leaders of political parties and movements. According to the Arabic-language Al-Alam news network, the meeting focused on bilateral relations between Iran and Iraq, as well as common regional issues of interest.

Qa’ani’s visit was held on the eve of talks between Iraq and the United States to discuss an array of issues, including the presence of U.S. troops in Iraq. Little is known about this trip, but it’s clear that Iran intended it to be a message: a show of power in Iraq and a warning that the U.S. should use caution when getting close to Iran’s backyard.

In 2017, Islamic Revolutionary Guard Corps Quds Force Commander Qassem Suleimani played a key role liberating the Iraqi armed forces from the Islamic State. However, Suleimani was killed in a U.S. drone strike in Baghdad on Jan. 3, 2020, throwing a wrench in Iran’s plans for Iraq. Qa’ani replaced him as chief of the Quds Force

Since his appointment in January 2020, Qa’ani has struggled to deal with the Iraqis and other Arab groups close to Iran.

For years, pro-Iran groups have attacked U.S. forces, bases and supply convoys in Iraq. Suleimani’s main goal was to drive the U.S. out of the region; Qa’ani has pledged to follow the same path.

Since 1992, Trumpet editor in chief Gerald Flurry has warned of an Iranian takeover of Iraq. In 2018, after U.S. President Donald Trump’s declaration of victory against the Islamic State, Mr. Flurry wrote: “America may have helped drive the Islamic State out of Iraq and Syria–but now America is about to be driven out of Iraq and Syria by Iran! We are about to see a vicious turnaround. In many ways, it has already started.”

Since he wrote that, the U.S. has withdrawn from eight bases in Iraq and has consolidated its forces to better protect itself from the incessant attacks. Under President Trump, the U.S. gave Iraq an ultimatum: Prevent the frequent attacks against U.S. troops or we will shut down and withdraw from our embassy.

With the drawdown, U.S. troops in Iraq are essentially mere sitting ducks, and the U.S. is contemplating withdrawing altogether.

On Wednesday, April 7, the U.S. and Iraq held the first round of strategic talks under Joe Biden. The U.S. State Department said that the mission of the U.S. and coalition forces “has now transitioned to one focused on training and advisory tasks, thereby allowing for the redeployment of any remaining combat forces from Iraq.”

Pentagon Press Secretary John Kirby said that does not mean an agreement has been reached to begin withdrawing the remaining U.S. forces in Iraq. It does, however, illustrate that Iran’s goals in Iraq are coming to fruition.

Mr. Flurry has been warning of an Iranian takeover of Iraq for nearly 30 years because of a prophecy in the book of Daniel. Iran is boldly displaying its intentions to control Iraq, and with the U.S. considering withdrawing its remaining troops, fulfillment of this prophecy appears to be only one executive order away.

For more information about why Iraq will fall to the Iranian regime, please request a free copy of Mr. Flurry’s booklet The King of the South. Also, please read Jerusalem correspondent Brent Nagtegaal’s article “America Threatens to Evacuate Its Largest Diplomatic Mission on Earth” to understand why the U.S. is withdrawing from Iraq and what the implications are for the future.