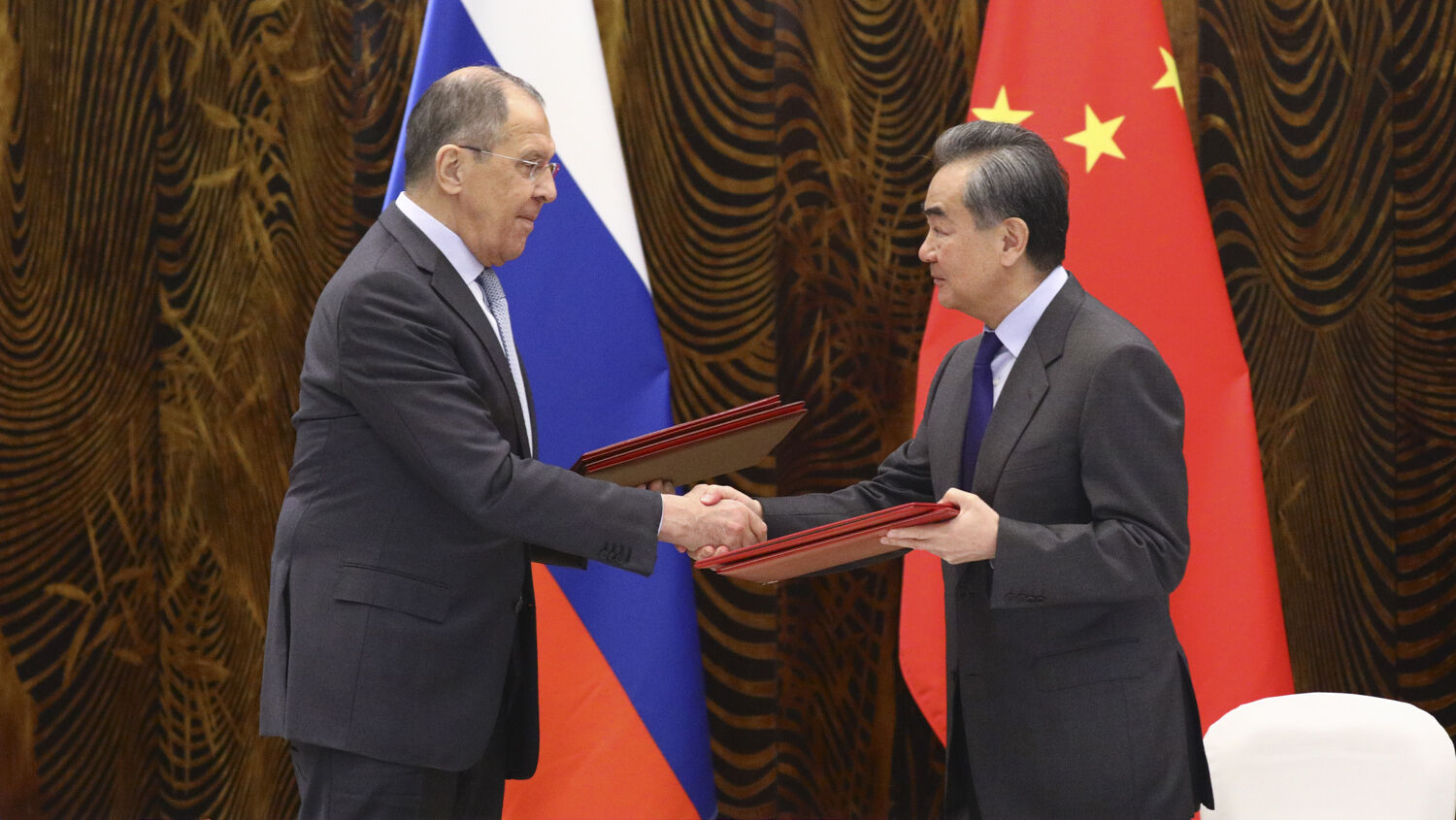 Watch Germany’s response to this chain of events closely.

The European Union, the United States, the United Kingdom and Canada imposed sanctions against China on March 22. The sanctions are intended to pressure China to stop suppressing Uyghur Muslims and other ethnic minorities in detention camps. The results, however, are something completely different.

Russia and China have come under increased criticism from the West. Yet the recent pressure is bringing the two nations closer together.

In the beginning of March, German Foreign Minister Heiko Maas said, “I hope that we will be able to return to a common trans-Atlantic position on targeted sanctions, something that was not possible over the last four years.”

Prior to Germany’s push for sanctioning China, the EU imposed sanctions on Russia for arming separatist forces in Ukraine and targeting political opponents. But while Russia has been routinely sanctioned in recent years, the last time the European alliance sanctioned China was in 1989. Thirty years later, the situation is quite different. China is rising to become the most powerful nation in the world and is no longer an isolated power.

Russian Foreign Minister Sergei Lavrov announced on March 22 during a state visit that Russia and China could reduce the risk of sanctions by strengthening financial independence from the Western payment system. Lavrov added that both countries wanted to strengthen their “technological independence, move to settlements in national currencies and in world currencies that are alternative to the dollar.”

As Handelsblatt noted on March 22, the sanctions are causing the two countries to prepare “to decouple from the Western-dominated global payments system” (Trumpet translation throughout). It is clear that Russia and China need to work together to achieve their goal. “According to analysts, Russia cannot manage the decoupling from the dollar and Swift on its own. The Kremlin is absolutely dependent on China. This has been true for energy issues for some time now, since the declared turn to the East.” The more Russia and China work together, the less effect sanctions will have on the two nations.

When calling for sanctions, Germany also has to consider its own economy. Despite the fact that the EU has sanctioned Russia for years, Germany continues to keep close trade relations with Russia. The same can be expected for its relations with China, Germany’s biggest import partner. Germany can’t separate itself from Asia without a major economic setback; neither can Russia and China isolate themselves completely from the West.

But this growing alliance between Russia and China is giving Germany a lot of reason for concern. In 2015, an alleged Russian hacker paralyzed the German Bundestag for several days. It is believed the attack was used to acquire sensitive data to destabilize the political system during the 2017 German federal election. According to an analysis published by the European External Action Service (eeas), Germany has become a particular focus of Russian disinformation campaigns. “No other EU member state is being attacked more fiercely than Germany,” the report noted.

Die Welt wrote on March 10: “The EU report also highlights the ‘duplicity’ of Russia’s approach: the Kremlin and the leadership of the Foreign Ministry declared their willingness to engage in dialogue and for the longest time also credited Germany with supporting a course of cooperation—but at the same time massive disinformation campaigns are being conducted.” In other words, though Russia and Germany cooperate, they don’t trust each other.

This animosity and the increased unity among Asia’s most powerful nation is something the Trumpet watches closely. The Bible has prophesies of this trend in detail. As Trumpet writer Jeremiah Jacques explains in our Trends article “Why the Trumpet Watches a Russian Strongman Dominating Asia,” Revelation 16:12 reveals that a confederacy of several Asian, or Eastern, nations called the “kings of the east,” are prophesied to form a strong military alliance that will confront Europe.

“And the word of the Lord came unto me, saying, Son of man, set thy face against Gog, the land of Magog, the chief prince of Meshech and Tubal, and prophesy against him” (Ezekiel 38:1-2). “Who is the ‘prince’ mentioned here? The details of the passage paint a clear picture,” Jeremiah Jacques noted. “Bible scholars generally agree that ‘Gog’ refers to Russia and ‘the land of Magog’ includes the vast area where modern-day China is located.”

We know from a prophecy in Isaiah 23 that Germany will strengthen its trading alliance with various Asian nations to increase its independence from the U.S. (Read our article “The Great ‘Mart of Nations’” for more information on this prophecy.) The ultimate purpose of this alliance is to bring down America.

Though Russia and China are in a temporary alliance with Germany, a confrontation is looming. “We need to watch what is happening in Russia and how Europe responds to it,” Trumpet editor in chief Gerald Flurry notes in his booklet The Prophesied ‘Prince of Russia.’ Daniel 11 prophesies that a coming European empire will extend its reach to the Middle East. “But tidings out of the east and out of the north shall trouble him: therefore he shall go forth with great fury to destroy, and utterly to make away many” (verse 44). These “tidings out of the east” are referring to a great eastern power bloc, with Russia at the head and China in a secondary position.

Russia and China’s increased cooperation and hostility toward the West is only one sign of many that these prophecies are nearing fulfillment. Request a free copy of The Prophesied ‘Prince of Russia,’ by Gerald Flurry, to learn more.