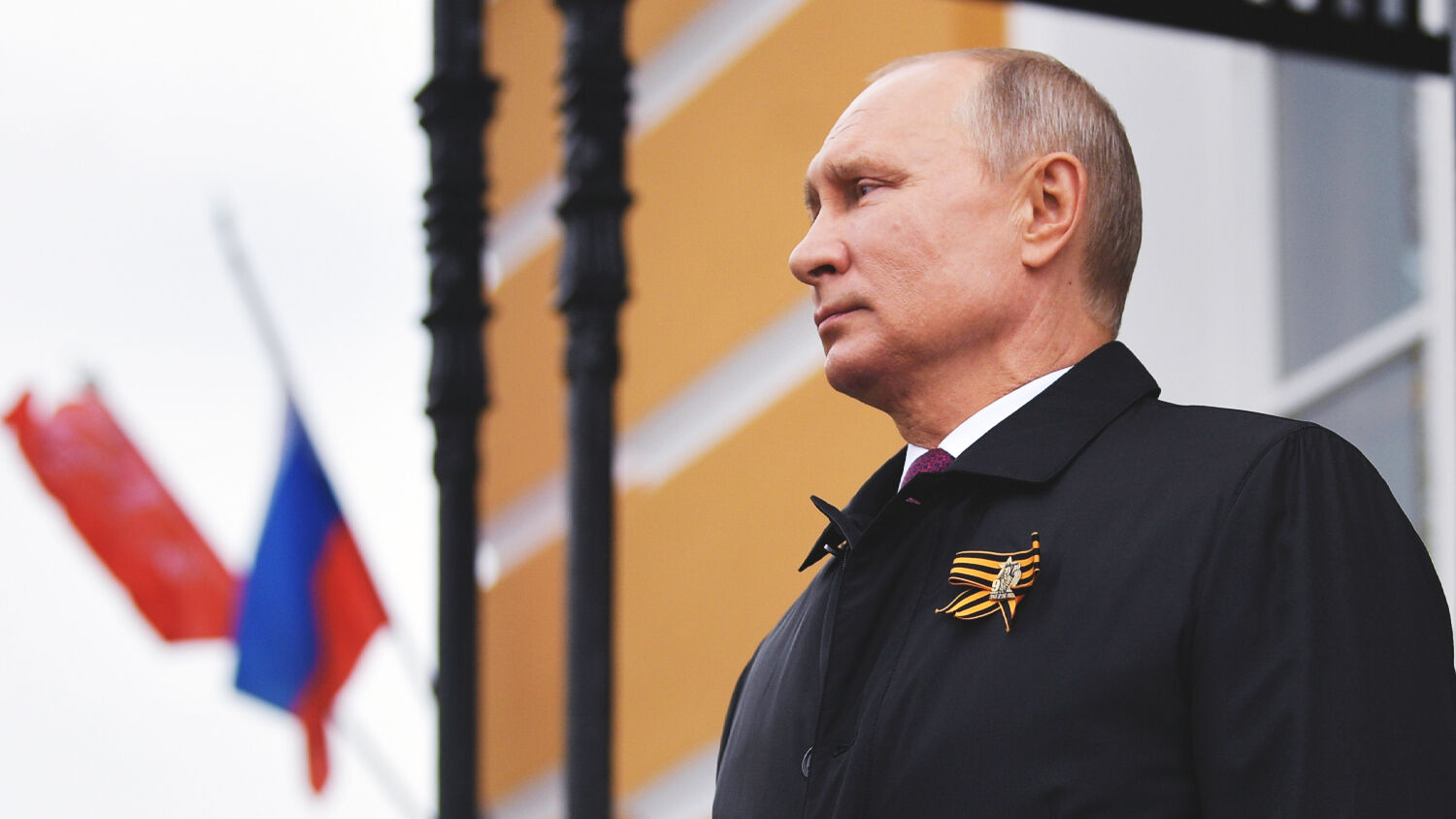 ‘Maybe he was always brutal, but now he has decided to be brutal freely, openly, without restrictions.’

“I had no idea that it was possible to arrange a real concentration camp 100 km from Moscow.” These words were posted online on March 15 by Alexei Navalny, a Russian activist who rose to prominence over the last decade for exposing corruption by Russian President Vladimir Putin and his cronies.

Putin has punished Navalny’s activism numerous times over the years with arrests and short jail stints. But last fall, the evidence shows that Putin reckoned that was no longer enough.

On August 20, Navalny was poisoned by a weapons-grade nerve agent that only officials in the upper rungs of Russian government would have had access to. The assassination attempt was almost successful, but after five months of specialized care in Germany, Navalny recovered. Upon his return to Russia in January, he was arrested on grounds that, while in Berlin, he had missed probation appointments related to a 2014 extortion conviction.

Prosecutors in the ensuing show trial well understood that Navalny only missed the appointments because he was recovering from a government-ordered assassination attempt. But this didn’t stop Putin’s will from being done: The court sentenced Navalny to 32 months in Russia’s notoriously abusive and inhumane penal colony system.

Navalny’s location was unknown after his sentencing, until authorities said on February 28 that he was imprisoned in Penal Colony No. 2 in the town of Pokrov, east of Moscow. Then this week, through his lawyers, Navalny was able to post a message on Instagram confirming this.

“Video cameras are everywhere,” the 44-year-old wrote. He said his head had been shorn, and explained that he is woken up every hour of the night by a guard holding a video camera to document his status. “I think someone up there read Orwell’s 1984 and said: ‘Yeah, cool. Let’s do this.’”

Little official information is published about the polices and practices inside Penal Colony No. 2, but Konstantin Kotov, a former inmate of the facility, told cnn that convicts there routinely face torture.

‘The Red Line Is in the Past’

For Russians who fear Vladimir Putin’s increasingly dictatorial rule, the decision to send Navalny to “a real concentration camp” represents a sobering milestone. Up until now, Putin’s rule has been underpinned largely by alternating seasons of economic improvement and bellicose nationalism. When it came to domestic threats to his power, he was ironfisted but generally kept his brutality in the shadows.

Now that has changed.

“Maybe he was always brutal, but now he has decided to be brutal freely, openly, without restrictions,” Russian journalist Andrei Kolesnikov told the Financial Times.

Last year, as part of his shift toward operating “without restrictions,” Putin passed a flurry of laws censoring the media, banning meaningful political protests, and one that will allow him to remain president of Russia for life.

“Now we have reached the moment where he has decided to lock in the results of his first 20 years in power,” Kolesnikov said. “The state is now very sincere in its brutality and is not prepared for any more efforts of normalization.”

And Navalny was only the start.

His arrest and sentencing this year prompted a series of anti-government protests by his supporters. And Putin’s officers responded by arresting more than 11,000 people across 125 Russian cities, according to the ovd-Info human rights project. In Moscow, three times as many people were arrested for violating protest procedures than in the previous 15 years combined.

“The scale of detentions, administrative and criminal prosecution in connection with the protests of January–February 2021 is clearly the largest in the entire history of modern Russia,” ovd-Info wrote.

Video footage shows riot police beating reporters with truncheons and dragging protesters into vans for interrogation. Many demonstrators who evaded initial detainment were later tracked down thanks to facial-recognition cameras that had supposedly been set up to help authorities enforce covid-19 restrictions.

A video shared by @navalny’s team appears to show a riot police officer hit a journalist (wearing the mandatory yellow vest) over the head, knocking them to the floor pic.twitter.com/zX9AZhzvSJ

Putin’s Russia is now a place where something as innocuous as retweeting a joke can be enough to land a citizen in jail.

“We see more brutality, more aggression towards his opponents,” said Kolesnikov. “And it works, it works. The red line is in the past. We have already experienced the moment where Putin crossed the line into an autocratic state.”

A look back through the annals of Russian history reveals that the nation operates on a four-phase cycle. First comes a national calamity—usually the result of foreign invasion or poor internal planning. Second, from out of the rubble emerges an idealistic “white rider,” ushering in an age of the thing Russians crave most: national stability. Third, after the white rider succumbs to political frustration, he hands the reins of rulership to a dark rider—bent on internal control and external aggression. The dark rider then ruthlessly quashes domestic opposition and expands Russia’s unsecurable borders until the overextended empire collapses into the final phase: stagnation and decline. It declines until finally collapsing into the first phase of calamity once again, and so the cycle goes.

Where is Russia in this cycle now?

In the 1990s, Russia suffered major national calamity with the collapse of the Soviet Union. Then, Putin emerged as the heroic white rider to resuscitate the dying bear. During his first decade, his economic victories lifted millions from poverty and were seen as nothing short of miraculous. For millions of patriotic Russians, his 2008 invasion of Georgia and 2014 annexation of Ukraine’s Crimean Peninsula confirmed his savior status.

But Russia’s white rider phase now looks to have ended. Since 2014, real incomes have plummeted, gross domestic product per person is 30 percent lower, and the number below the poverty line has grown by 20 percent.

Meanwhile, Putin has shelled out unprecedented amounts to protect his regime. In 2020, more than 10 percent of total budget spending went to internal security. This was about $7 billion more than education and health-care spending put together—and second on the budget sheet only to defense allotments.

And now with the crackdown on Navalny and his supporters, Putin has erased any vestige of democracy in Russia. Yes, on paper, opposition parties still exist. But now it is clear that if any of these grows strong enough to pose even a semblance of a threat, Putin will have its leader’s head shaven and ship him off to an Orwellian labor camp.

Does this all mean that White Rider Putin will soon be replaced by another Russian ruler—a dark rider? In 2007, as Putin’s dictatorial ambitions were growing more obvious, Stratfor wrote this about the Russian cycle: “In particularly gloomy periods in Russia’s past—which is saying something—the white rider himself actually has shed his idealism and become the dark rider.”

These were sobering words in 2007 and much more so now that Putin has confirmed all suspicions that he intends to rule Russia with an iron first for as long as he lives. And now that he has clearly decided to be brutal “freely, openly, without restrictions.”

Trumpet editor in chief Gerald Flurry has emphasized over the years that the most significant aspect of Putin’s despotism will be its catalytic effect on European unification. In 2004, he wrote:

A more dictatorial Russian government is coming fast …. That power will be able to challenge Europe when nobody else can, including the U.S. … President Vladimir Putin [is now] much closer to becoming a dictator. This strikes intense fear in Europe. The Europeans still remember how violent Russia was in World War ii, and Russia is a close neighbor with massive piles of nuclear weapons.

Mr. Flurry wrote that Putin’s increasingly dictatorial direction is “triggering a fear that will hasten the uniting of the European Union” and “will cause Germany and other European nations to want a stronger leader.” He continued: “Throughout history, Germany has often sought a strong leader. Bible prophecy says it will do so again—for the last time!”

As Vladimir Putin sheds his white rider idealism and becomes Russia’s dark rider, we should expect him to grow still more dictatorial. History proves that once a dark rider becomes Russia’s ruler, he uses every possible strategy to secure his power and the nation: Domestic challengers are crushed, economic life is completely subjugated to suit Moscow’s needs, and Russia’s military is expanded with the goal of securing and enlarging the country’s borders.

And all such moves will, as Mr. Flurry wrote, frighten Russia’s European neighbors and hasten their unification and willingness to rally behind a strongman of their own.

Although these developments have sobering implications for the near future, biblical prophecy makes clear that they immediately precede the most hope-filled event ever to occur in world history. To understand how today’s headlines about Russia intricately connect to this awesome future, order your free copy of Mr. Flurry’s booklet The Prophesied ‘Prince of Russia.’