All of the prophecy in the book of Revelation is explained by the seven seals. The Apostle John learned that no man could ever break or open those seals: “And no man in heaven, nor in earth, neither under the earth, was able to open the book, neither to look thereon. And I wept much, because no man was found worthy to open and to read the book, neither to look thereon. And one of the elders saith unto me, Weep not: behold, the Lion of the tribe of Juda, the Root of David, hath prevailed to open the book, and to loose the seven seals thereof” (Revelation 5:3-5).

Jesus Christ is the Lion of the tribe of Judah. The Root of David is mentioned here because Christ is the source of King David’s throne, from which He will rule for all eternity after His Second Coming (Isaiah 9:7). His Bride, those who come out of the world and heed His message today, will rule alongside Him on David’s throne. That throne is somewhere on Earth today!

The symbols of Revelation have been cloaked in mystery for about 1,900 years. The world doesn’t understand! The disciples asked Jesus Christ to explain them, but He spoke in parables to hide the meaning from most people because it is not yet time for the whole world to be called to follow God. That’s the opposite of what is commonly taught by traditional Christianity—that God is racing to save as many souls as possible today.

Today, Christ isn’t here to talk to us in person, but we can get answers from the Bible, which is Christ in print. God interprets Bible symbols for us. He reveals truth through His apostles and prophets (Ephesians 3:5). This is how to understand the symbolism of Revelation. Only God can reveal it and open our minds—if we accept correction and make changes in our lives. God teaches the teachable.

The first six seals, discussed in Revelation 6, are false prophets, war, famine, pestilence (destruction and death by rioting or disease), the Great Tribulation, heavenly signs, and seven trumpets. These seven trumpets take multiple chapters to describe. The conclusion to all this worldwide drama is quite detailed!

Christ reveals the seven seals according to His perfect timing and pace. Revelation 6 gives the description of the first six seals, but not the meaning. We must look elsewhere in the Bible for answers. Christ, the spokesman of the God Family, plainly taught His disciples about these seals.

The first four seals (false prophets, war, famine and pestilence) are also the four horsemen of the apocalypse. “And I saw when the Lamb opened one of the seals, and I heard, as it were the noise of thunder, one of the four beasts saying, Come and see. And I saw, and behold a white horse: and he that sat on him had a bow; and a crown was given unto him: and he went forth conquering, and to conquer. And when he had opened the second seal, I heard the second beast say, Come and see. And there went out another horse that was red: and power was given to him that sat thereon to take peace from the earth, and that they should kill one another: and there was given unto him a great sword. And when he had opened the third seal, I heard the third beast say, Come and see. And I beheld, and lo a black horse; and he that sat on him had a pair of balances in his hand. And I heard a voice in the midst of the four beasts say, A measure of wheat for a penny, and three measures of barley for a penny; and see thou hurt not the oil and the wine. And when he had opened the fourth seal, I heard the voice of the fourth beast say, Come and see. And I looked, and behold a pale horse: and his name that sat on him was Death, and Hell followed with him. And power was given unto them over the fourth part of the earth, to kill with sword, and with hunger, and with death, and with the beasts of the earth” (Revelation 6:1-8).

The description of the four horsemen is vivid, but there’s no explanation. Humanly, we can’t explain what these symbols mean!

Here’s the fifth seal: “And when he had opened the fifth seal, I saw under the altar the souls of them that were slain for the word of God, and for the testimony which they held: And they cried with a loud voice, saying, How long, O Lord, holy and true, dost thou not judge and avenge our blood on them that dwell on the earth?” (verses 9-10). What does this mean?

Sixth seal: “And I beheld when he had opened the sixth seal, and, lo, there was a great earthquake; and the sun became black as sackcloth of hair, and the moon became as blood; And the stars of heaven fell unto the earth, even as a fig tree casteth her untimely figs, when she is shaken of a mighty wind” (verses 12-13). The Prophet Joel writes about the heavenly signs, a precursor to the dreadful and terrible Day of the Lord. Revelation puts the seals in the proper time order.

Jesus Christ explains the meaning of the seals in Matthew 24, Mark 13 and Luke 21. The disciples wanted to know the sign of the end of this age of man ruling over man (Matthew 24:3). “And Jesus answered and said unto them, Take heed that no man deceive you. For many shall come in my name, saying, I am Christ; and shall deceive many” (verses 4-5). Christ began His response to the disciples by exposing the first horseman of the apocalypse, the first seal of Revelation: false religion. False ministers talk about Christ but don’t teach the message He taught: the good news of the coming Kingdom of God (Mark 1:14).

The horseman of religious deception, riding a white horse, is a crafty counterfeit of Jesus Christ. In Revelation 6, this horseman is described as holding a bow and conquering. Christ also rides a white horse and conquers, but He carries a sword (Revelation 19:15). This horseman brings suffering; Christ brings peace and joy.

“And ye shall hear of wars and rumours of wars: see that ye be not troubled: for all these things must come to pass, but the end is not yet. For nation shall rise against nation, and kingdom against kingdom: and there shall be famines, and pestilences, and earthquakes, in divers places. All these are the beginning of sorrows” (Matthew 24:6-8). The second of the four horsemen of the apocalypse rides a red horse and afflicts the world with war. When wars start to increase in the end time, we have reached only the “beginning of sorrows.” Famine and pestilence, the third and fourth horsemen, are spreading around the entire world. This is also part of the “beginning of sorrows.” Things are about to get much worse.

In verse 15, Christ describes the fifth seal: “When ye therefore shall see the abomination of desolation, spoken of by Daniel the prophet, stand in the holy place, (whoso readeth, let him understand:).” This verse makes no sense unless we look to the parallel passage of Luke 21: “And when ye shall see Jerusalem compassed with armies, then know that the desolation thereof is nigh. Then let them which are in Judaea flee to the mountains; and let them which are in the midst of it depart out; and let not them that are in the countries enter thereinto” (verses 20-21). The abomination of desolation is a European army surrounding Jerusalem! That’s when God’s people must run!

This abomination is the beginning stage of the Great Tribulation. “For then shall be great tribulation, such as was not since the beginning of the world to this time, no, nor ever shall be. And except those days should be shortened, there should no flesh be saved: but for the elect’s sake those days shall be shortened” (Matthew 24:21-22). Humanity faces the real problem of nuclear bombs capable of wiping us all out. Only God can save us from annihilation!

Christ describes the sixth seal: “Immediately after the tribulation of those days shall the sun be darkened, and the moon shall not give her light, and the stars shall fall from heaven, and the powers of the heavens shall be shaken” (verse 29). The heavenly lights are a constant in our lives. Mankind will be terrified when these disappear.

Christ goes on to talk about His Second Coming and starts to get into the seventh seal (verses 30-31). When these seals come to pass, Christ’s return is “at the doors” (verse 33).

“Watch ye therefore, and pray always, that ye may be accounted worthy to escape all these things that shall come to pass, and to stand before the Son of man” (Luke 21:36). Each of us must watch world events and pray for the fulfillment of Bible prophecy. This is how to prevent being shocked by what is coming.

“Blessed is that servant, whom his lord when he cometh shall find so doing. Verily I say unto you, That he shall make him ruler over all his goods” (Matthew 24:46-47). Be found doing God’s work and delivering His message to the world! The reward is spectacular (Hebrews 2:7-8).

“But and if that evil servant shall say in his heart, My lord delayeth his coming; And shall begin to smite his fellowservants, and to eat and drink with the drunken; The lord of that servant shall come in a day when he looketh not for him, and in an hour that he is not aware of” (Matthew 24:48-50). Christ is discussing the seventh seal: seven trumpet blasts concluding with His Second Coming.

Christ is coming! He won’t come at the exact moment we expect, but world events are fulfilling prophecy every single day now. We can’t fall asleep spiritually. Just obey God! 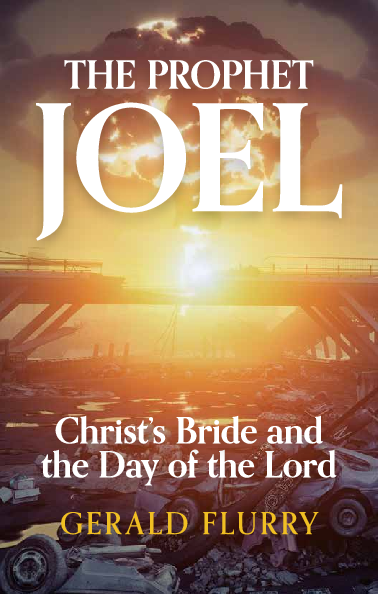 This book is about the Day of the Lord, a day of terrifying darkness. But most people don’t know that the strongest warning in the book of Joel is for Christ’s own bride! The danger facing Christ’s bride is emphasized even more than the destruction of the whole world!

Lesson 32: Feast of Trumpets: Why World Won’t End in Cosmocide 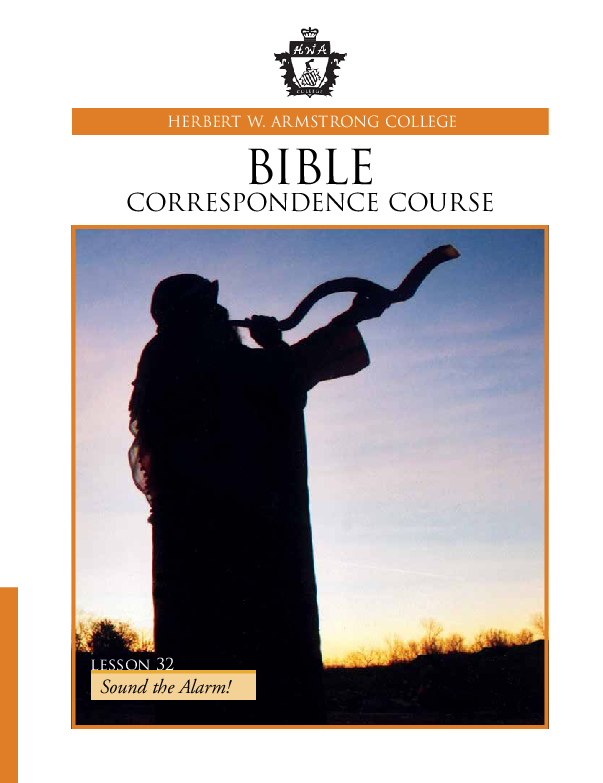 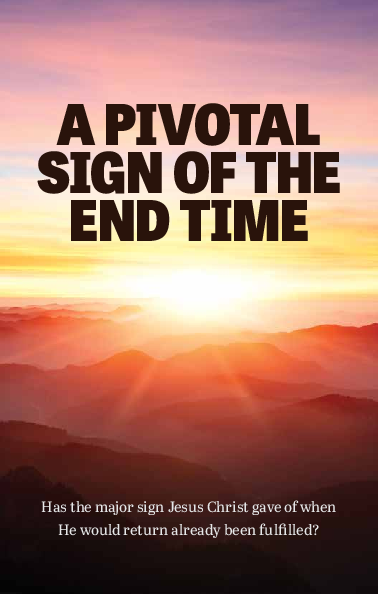 Has the major sign Jesus Christ gave of when He would return already been fulfilled? 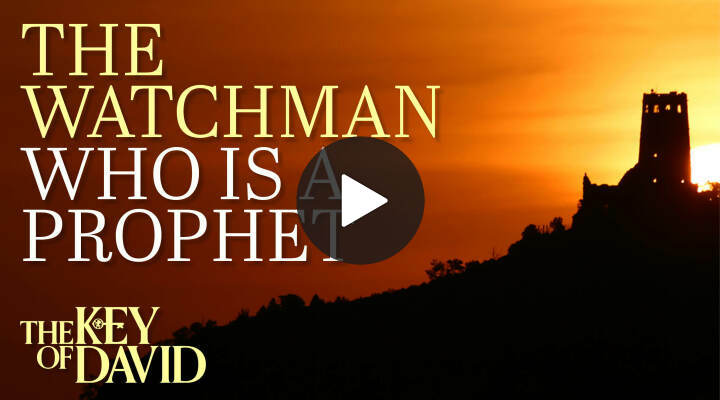 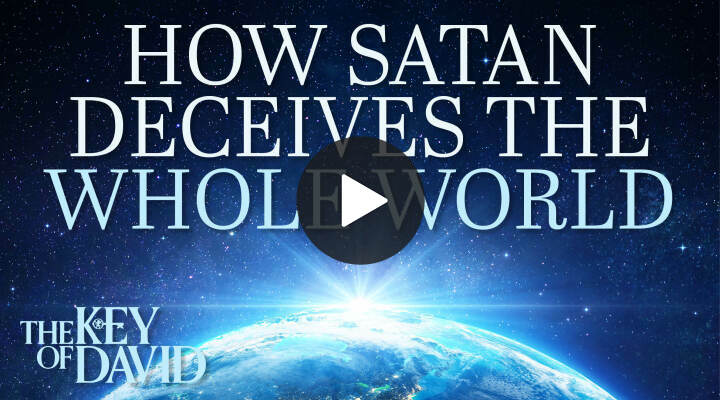 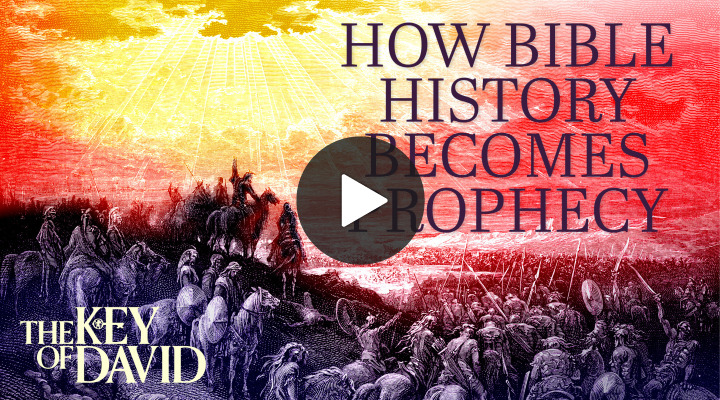 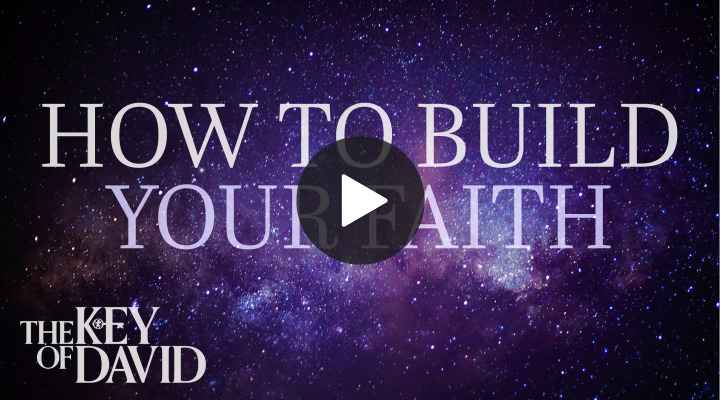 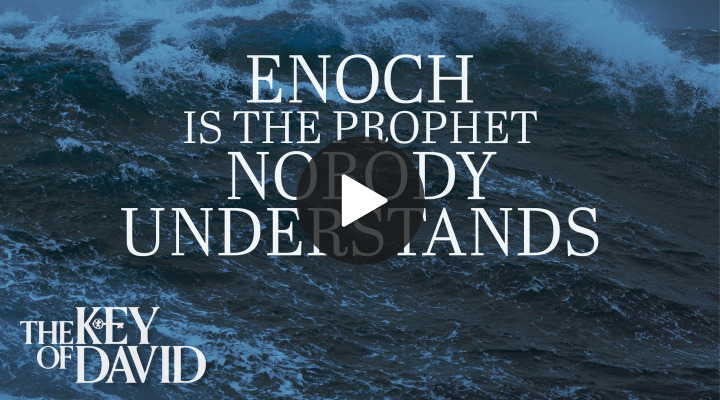 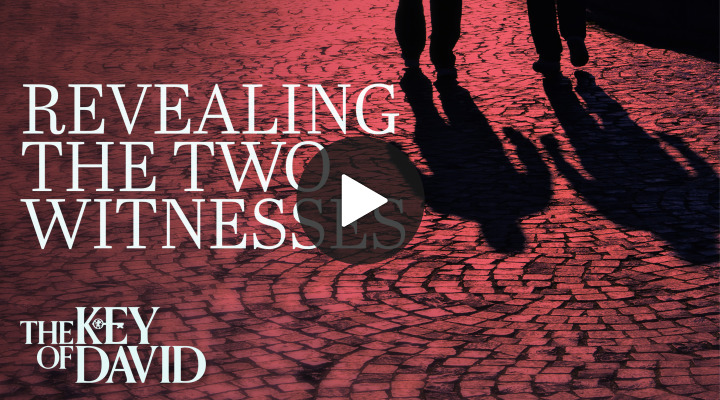 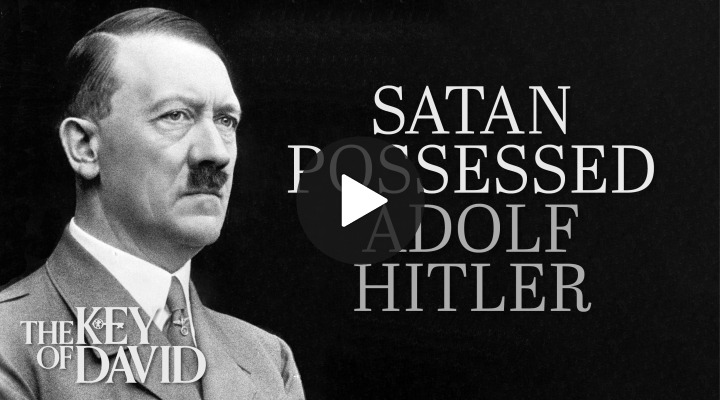 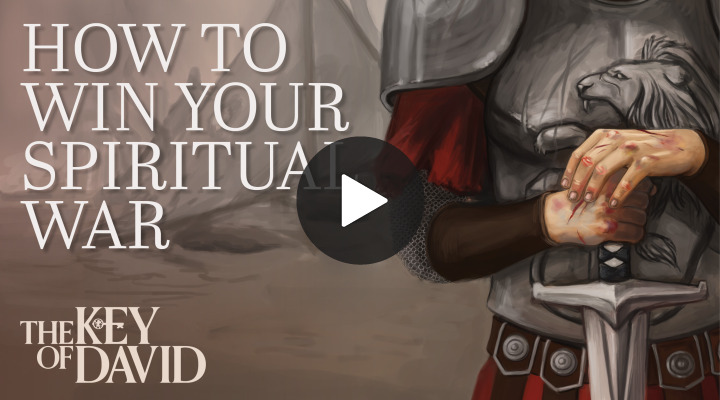 How to Win Your Spiritual War

We live in dangerous times. We need God’s power to survive and thrive spiritually in a godless world. Discover the proven strategy for winning your spiritual war.