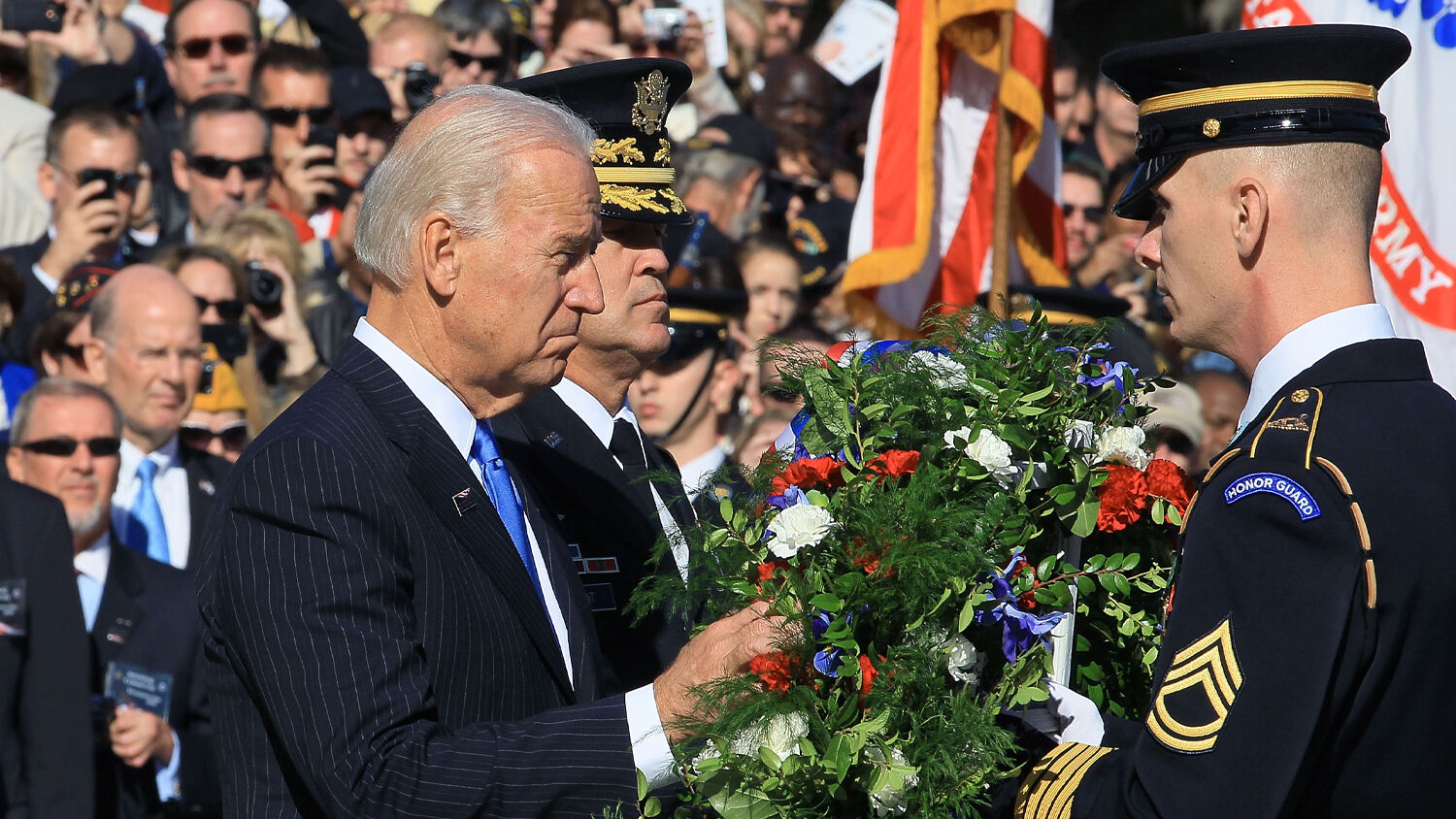 The most powerful military on Earth is being systematically dismantled. Despite the fact that America funnels more cash into its military than the next 10 nations combined, it is not producing valiant warriors like it once did. There has been a pronounced softening among military personnel. This softening was on display during Joe Biden’s speech on International Women’s Day.

“Today is International Women’s Day. And we all need to see and to recognize the barrier-breaking accomplishments of these women,” he said on March 8. “We need the young women just beginning their careers in the military service to see it and know that no door will be closed to them. … We’re making good progress designing body armor that fits women properly; tailoring combat uniforms for women; creating maternity flight suits; updating requirements for their hairstyles.”

(Please read “The Vanishing ‘Man of War,’” by Trumpet managing editor Joel Hilliker for more information on how the radical left’s efforts to transform the U.S. military are leading America to annihilation.)

On January 25, Joe Biden signed an executive order repealing a ban on transgenders in the military. He also announced that the Pentagon would use taxpayer dollars to pay for gender-reassignment surgery for personnel who want to become transgender. And on February 3, Defense Secretary Lloyd Austin met with senior military leaders to discuss purging the armed forces of right-wing extremists and Trump loyalists. Given Austin’s prominent position in the radical Biden administration, many analysts fear this purge may be a tool to drive conservatives from the military rather than a means of getting rid of actual racists.

Joe Biden’s boss, Barack Obama, purged roughly 200 generals from the military during his first five years in office. Retired U.S. Army Maj. Gen. Paul Vallely told Investor’s Business Daily in 2013 that Obama was “intentionally weakening and gutting our military, Pentagon and reducing us as a superpower, and anyone in the ranks who disagrees or speaks out is being purged.” The Biden administration may be even more radical in its efforts to remake America’s armed forces in the image of the Democratic Party.

“For centuries, our military has been self-consciously nonpartisan,” stated Tucker Carlson. “In a democracy, it has to be that way. … No country can survive if its armed forces become the tool of a specific political party. We know that because it happens all the time, all over the world, and the consequences are always horrifying.”

The Biden administration’s long-term plan is to purge the military of Trump supporters and transform it into a “Praetorian Guard.” But the short-term consequence of their strategy is likely to be debilitating division.

It is hard to statistically quantify political division in the U.S. military because officers generally do not publicly criticize their commander in chief until after they have retired. But a 2019 survey of 1,630 active-duty troops conducted by Syracuse University found that 50 percent of respondents had an “unfavorable” opinion of President Donald Trump, compared to only 42 percent who had a favorable impression. The same poll found President Trump more popular among the enlisted troops than among officers, with 43 percent of enlisted soldiers having a favorable opinion of the president, compared to only 33 percent of officers.

The fact that half the military disapproved of President Trump’s job performance is probably rather standard for American politics. But at a time when political divisions in the U.S. are worse than at any point since the Civil War, disunity among the troops is a strategic vulnerability. What would America look like if its military split into hostile factions? Bible prophecy indicates that the American people are about to find out.

This prophecy describes a time when America’s armed forces are deprived of the “mighty man,” the “man of war” and “the captain of fifty.” Instead of champions, warriors and generals, the military is filled with women, effeminate men and social justice warriors. This lack of masculine leadership is making the mightiest military in history vulnerable to annihilation by engendering domestic strife and opening the door to foreign attack.

The Prophet Isaiah continued: “And I will give children to be their princes, and babes shall rule over them. And the people shall be oppressed, every one by another, and every one by his neighbour: the child shall behave himself proudly against the ancient, and the base against the honourable. When a man shall take hold of his brother of the house of his father, saying, Thou hast clothing, be thou our ruler, and let this ruin be under thy hand: In that day shall he swear, saying, I will not be an healer; for in my house is neither bread nor clothing: make me not a ruler of the people. For Jerusalem is ruined, and Judah is fallen: because their tongue and their doings are against the Lord, to provoke the eyes of his glory” (verses 4-8).

This passage describes civil war—a time in America when everyone is oppressed by his neighbor to the point where it will be hard to find food and clothing, and no one will want to lead this destitute nation. Some people say that a conflict as devastating as the American Civil War could never happen to the U.S. again because the military would quickly put down such a rebellion. But when Isaiah prophesies that every person shall be oppressed by his neighbor, he is writing about a time when even soldiers fight against each other.

History shows that when a nation falls into division and infighting, it quickly becomes consumed by internal crises that leave it vulnerable to attack by foreign enemies. This is exactly what God prophesies will happen to America in the near future because Americans have rebelled against His law.

The Biden administration’s efforts to fundamentally transform America’s military are creating a dangerous level of ideological division and leading to the ultimate fulfillment of these sobering prophecies!