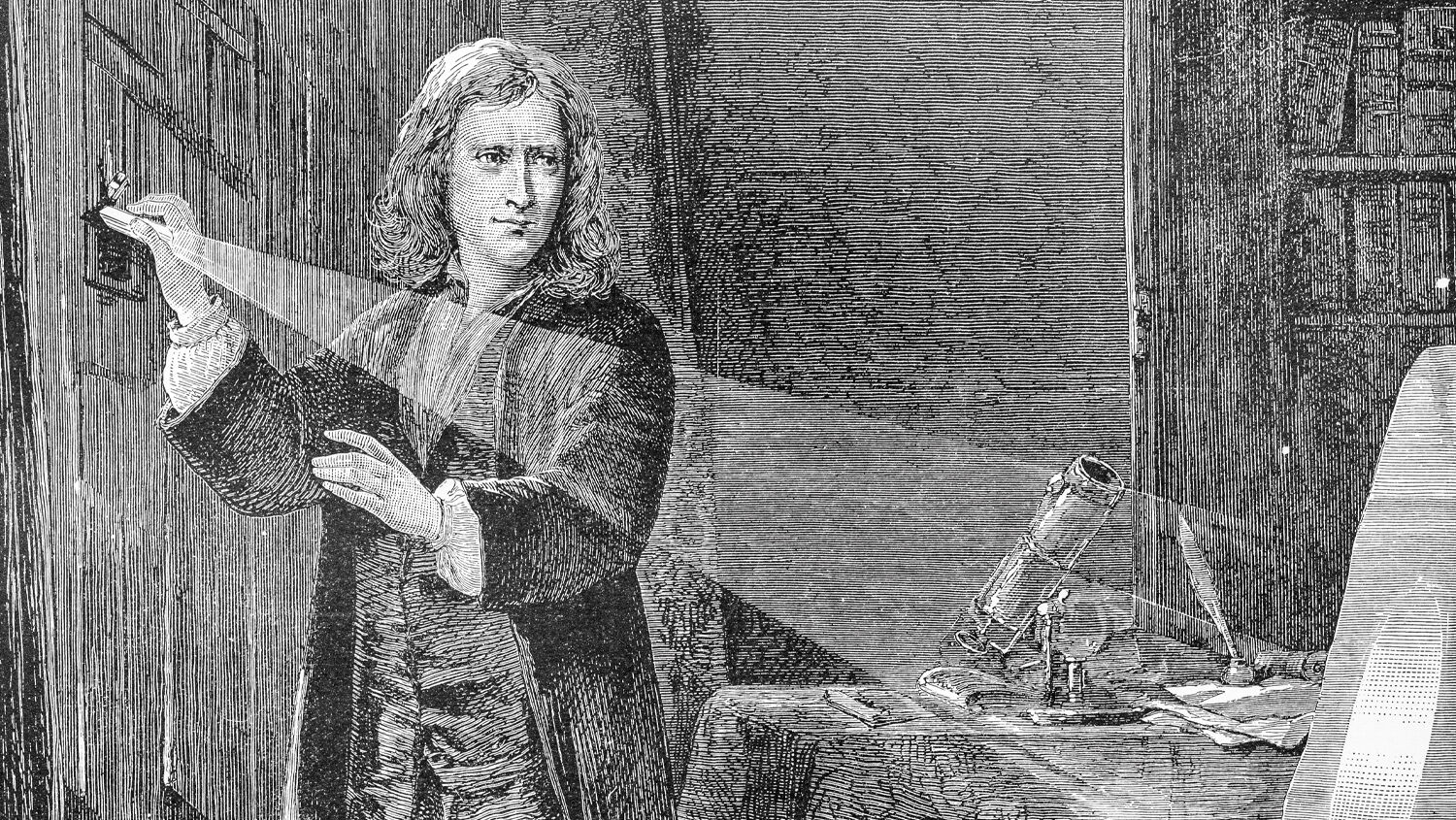 Natural law and absolute truth exist only in a universe created by a Creator.

Cancel culture is getting worse. From Abraham Lincoln to Donald Trump, the radical left is using woke ideology to push victims down the memory hole. Their latest victim is Sir Isaac Newton. A report from Bari Weiss, titled “The Miseducation of America’s Elites,” reveals that an affluent prep school has dropped Newton’s name from his famous laws of motion. “We don’t call them Newton’s laws anymore,” a student told Weiss. “We call them the three fundamental laws of physics. They say we need to ‘decenter whiteness,’ and we need to acknowledge that there’s more than just Newton in physics.”

Other schools have demonized capitalism, indoctrinated students in critical race theory, and canceled words like father and mother in favor of gender-neutral terms. But the attack on Newton exposes the roots of the radical left’s hatred for free markets, Western culture, nuclear families and Bible virtues.

Most high school students learn about Newton’s law of gravitation, but few study the life of Newton himself. The woke left say they are canceling Newton to “decenter whiteness” from physics, but their disdain for the father of modern science is rooted in a prejudice other than anti-white bigotry.

In The Mathematical Principles of Natural Philosophy, Sir Isaac Newton laid out in mathematical terms the principles of time, force and motion that have guided the development of modern science. Yet unlike most scientists who memorize his equations, Newton was an avid student of the Bible who wrote on several occasions that “God created everything by number, weight and measure.”

Newton was also a student of Bible prophecy who understood that the kingdom of Charlemagne was a prophesied resurrection of the Roman Empire. He wrote in his Observations Upon the Prophecies of Daniel and the Apocalypse of St. John that prophecy would not be understood “until the time of the end” when “the Gospel must first be preached in all nations before the great tribulation.”

These views about God and the Bible are anathema to today’s progressive left. The primary reason progressive educators hate Newton is because he believed in absolute truth. The belief that the universe is governed by rational and understandable laws is often called Newtonianism. Philosophers contrast Newtonianism with Darwinism—the philosophy that the universe evolves over time.

Woodrow Wilson, a key figure in progressive history, believed a chief source of conflict in the future would be whether the Constitution was interpreted in a Newtonian or a Darwinian manner. “The makers of our federal Constitution read Montesquieu with true scientific enthusiasm,” he wrote in What Is Progress? “The Constitution was founded on the law of gravitation. The government was to exist and move by virtue of the efficacy of ‘checks and balances.’ The trouble with the theory is that government is not a machine, but a living thing. It falls, not under the theory of the universe, but under the theory of organic life. It is accountable to Darwin, not to Newton. It is modified by its environment, necessitated by its tasks, shaped to its functions by the sheer pressure of life.”

President Barack Obama wrote in The Audacity of Hope that there is no such thing as “absolute truth.” And America elected him to the presidency twice. And now that Obama’s vice president sits in the Oval Office, the left is losing no time in its quest to cast truth to the ground (Daniel 8:11-12).

Scripture shows that the devil has a plan to blot out the name of Israel (2 Kings 14:27; Psalm 83:4). Canceling Sir Isaac Newton and other British and American heroes is part of this malevolent plan. God will allow this attack to continue in one form or another until all nations accept the notion that there are universal, absolute moral and physical laws that apply to all people, for all time, and in all places!

While Sir Isaac Newton has been credited with discovering laws of motion and universal gravitation, he believed he was only rediscovering scientific principles known to ancient mathematicians but lost during the Dark Ages. To learn more about the discoveries of Abraham, Job, Noah, Seth and other biblical figures, please request a free copy of Our Awesome Universe Potential, by Trumpet managing editor Joel Hilliker.